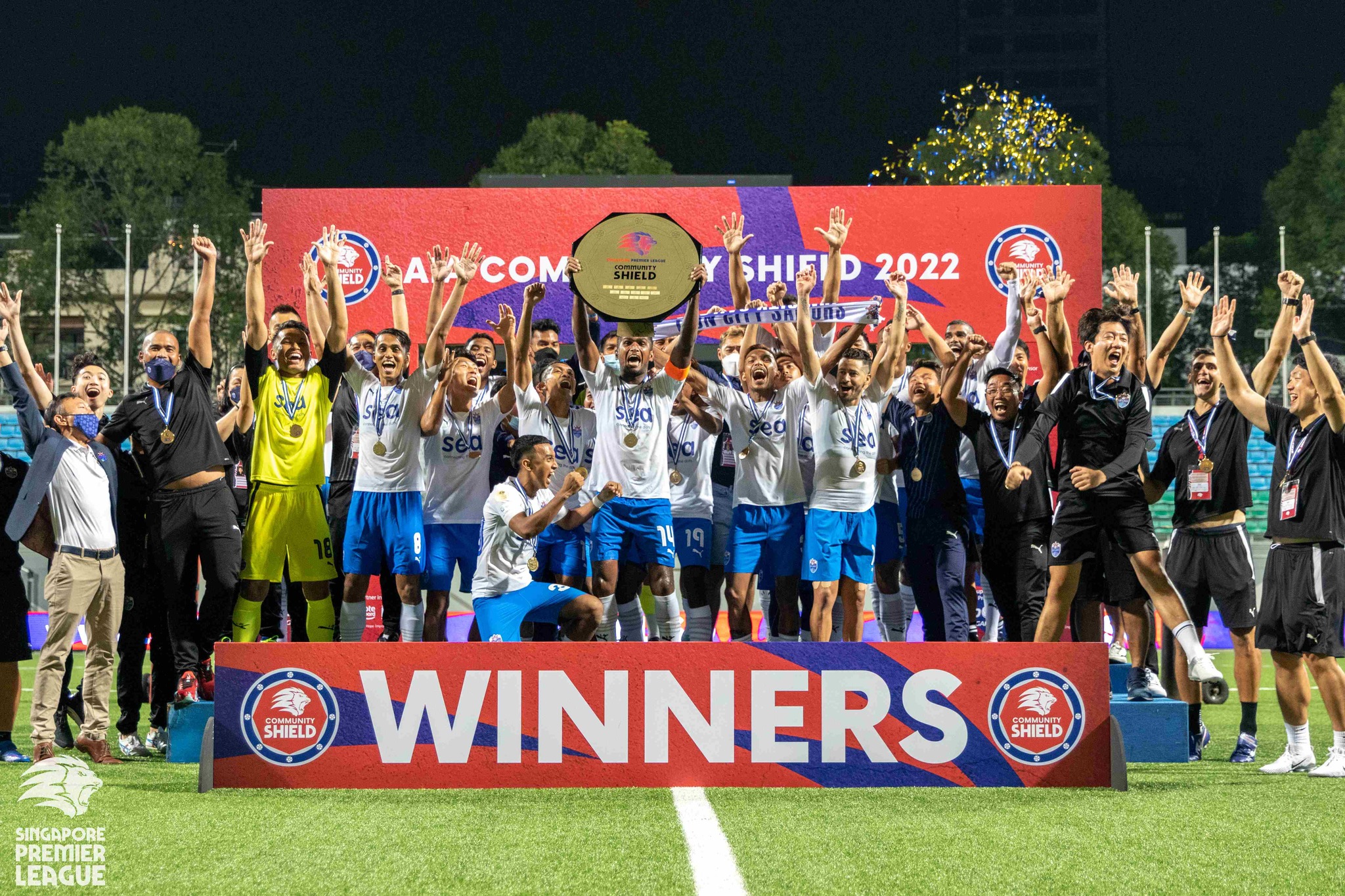 They clinched their first Singapore Premier League (SPL) title on the final day of the 2021 season. And the Lion City Sailors (LCS) kicked off their new campaign on a similar winning note in the curtain-raising AIA Community Shield on Saturday (19 February).

2 goals by star signing and former South Korean captain Kim Shin-wook, including an acrobatic late strike, gave the Sailors a come-from-behind 2-1 win over 2020 SPL champions Albirex Niigata (Singapore) at the Jalan Besar Stadium, as they clinched their first silverware of the season. In truth, LCS were far from their fluid best, struggling for cohesion for much of the match against a hard-running Albirex side. However, their sheer class prevailed in the end, as their off-season acquisitions lifted them past their league rivals. 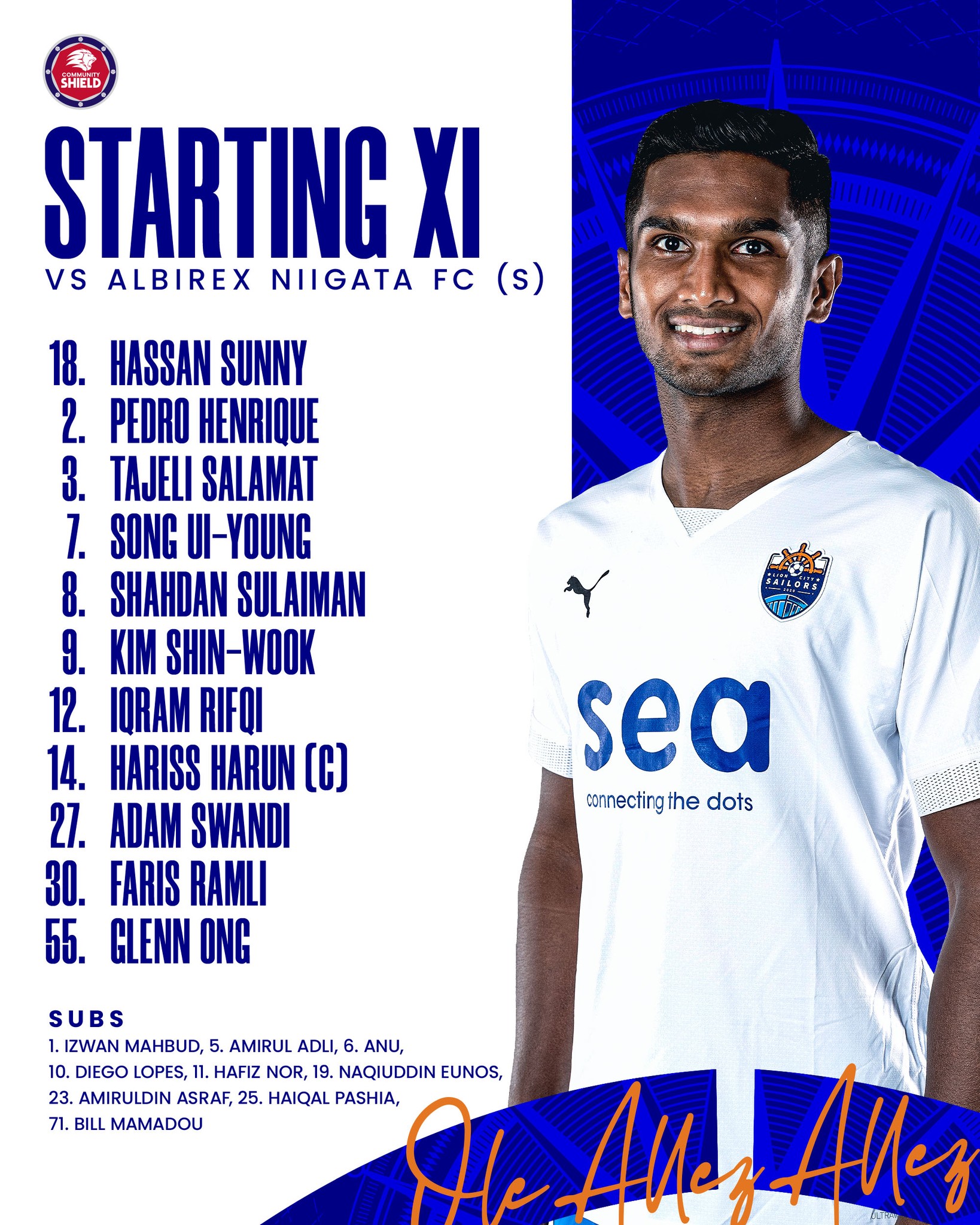 Kim, the 33-year-old South Korean international striker signed on a three-year contract reportedly worth more than $3 million, seemed slow and plodding at the start. Bu he gradually imposed his 1.96-metre frame in the match, and fully deserved his double strike. But the Sailors’ other foreign signing, defender Pedro Henrique, was equally crucial, albeit in a more understated manner. He was calm and collected in the middle of defence, sweeping up stray passes and heading away threatening crosses by Albirex players.

Even the Sailors’ new local recruit, Singapore international M Anumanthan, played an integral role when he came on for the second half, as his tenacity in central midfield prevented Albirex from dominating the key area of the pitch. 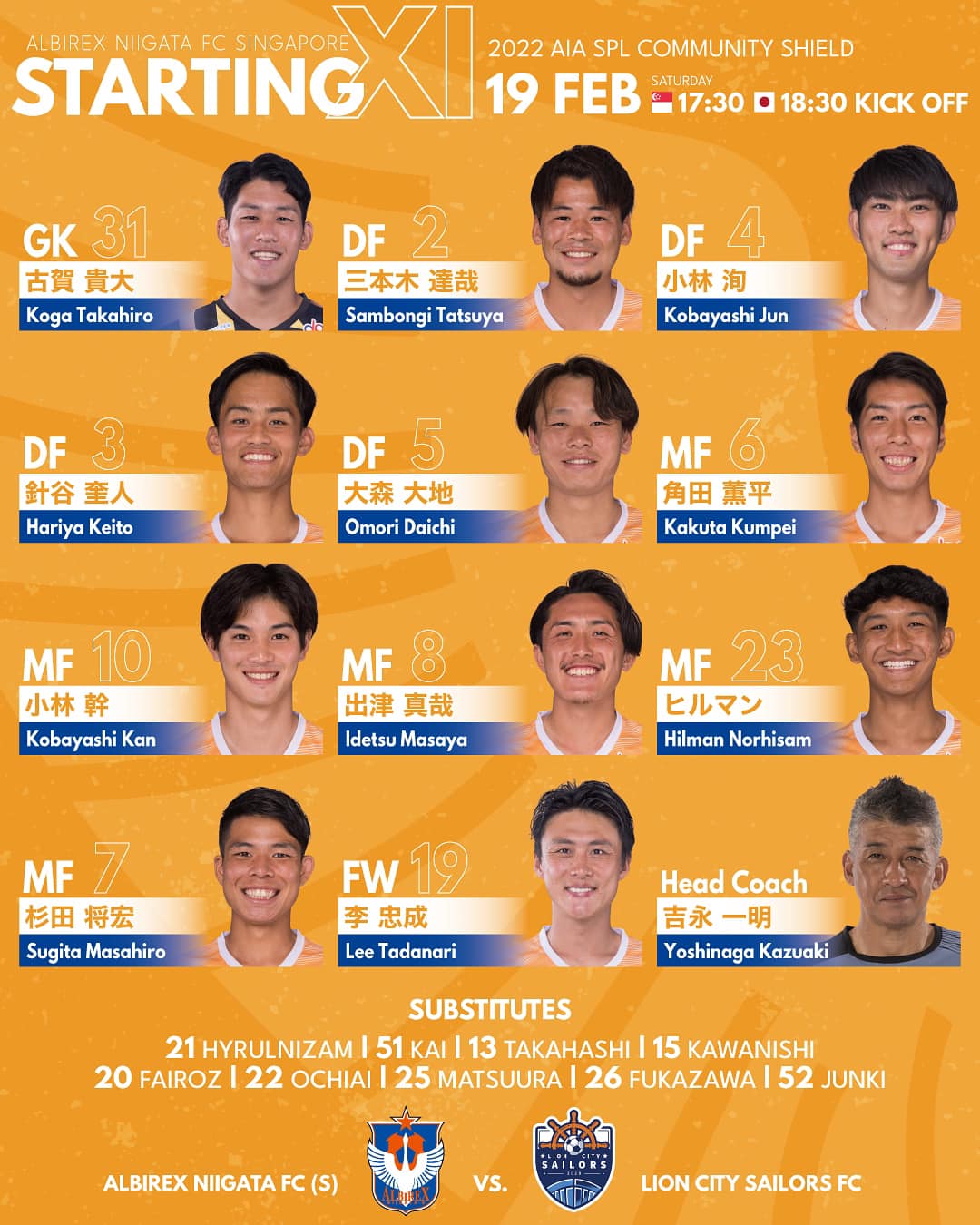 Albirex, who kept only 9 players from the team which came in 2nd behind the Sailors last season, had also made a key signing in the off-season, with former Japanese international striker Tadanari Lee joining on a one-year deal.

And it was Lee who opened the scoring in the 14th minute, as he controversially earned a penalty just inside the box, even though replays seemed to show that Sailors midfielder Shahdan Sulaiman barely touched the Japanese as he dribbled through. 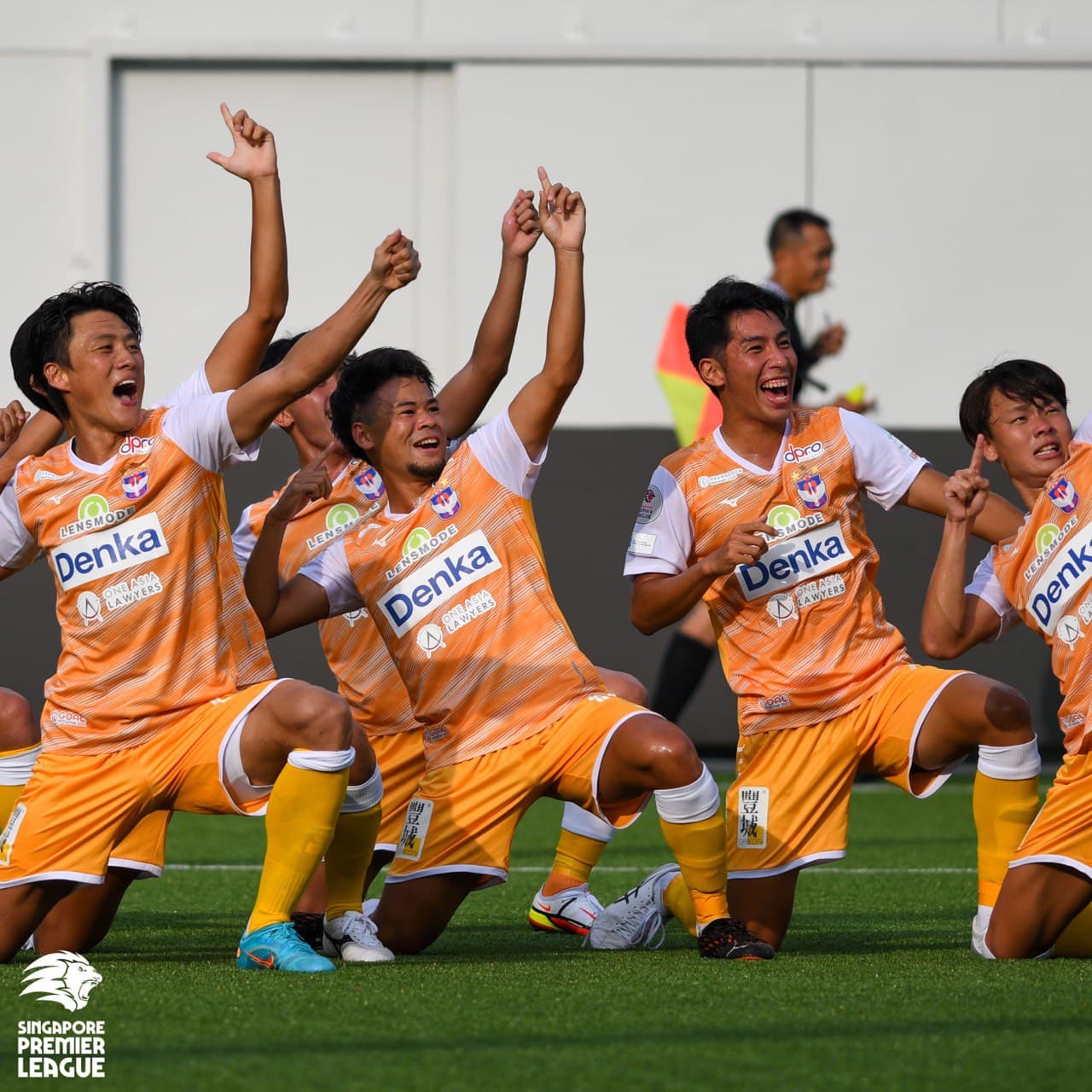 Lee made no mistake with his spot kick though, confidently hitting it straight down the middle as Hassan Sunny dived to his right. The goal seemed to give the Albirex players a boost as they began dominating the exchanges, with pint-sized midfielder Masahiro Sugita creating all sorts of confusion among the Sailors defence with his nippy runs.

When their Singapore player Muhammad Hilman heading against the crossbar in the 20th minute, it seemed as if the Sailors were all "lost at sea" as they huffed and puffed to no avail to contain the White Swans.

Yet they hung on, and slowly found their feet. In the 41st minute, winger Faris Ramli pulled the ball back for right-back Tajeli Salamat, and for the first time in the match, Tajeli managed to conjure a pin-point cross into the box, where Kim leapt high to head into an empty net with Albirex goalkeeper Takahiro Koga stranded. It was a goal against the run of play, but it served to calm the Sailors’ nerves, 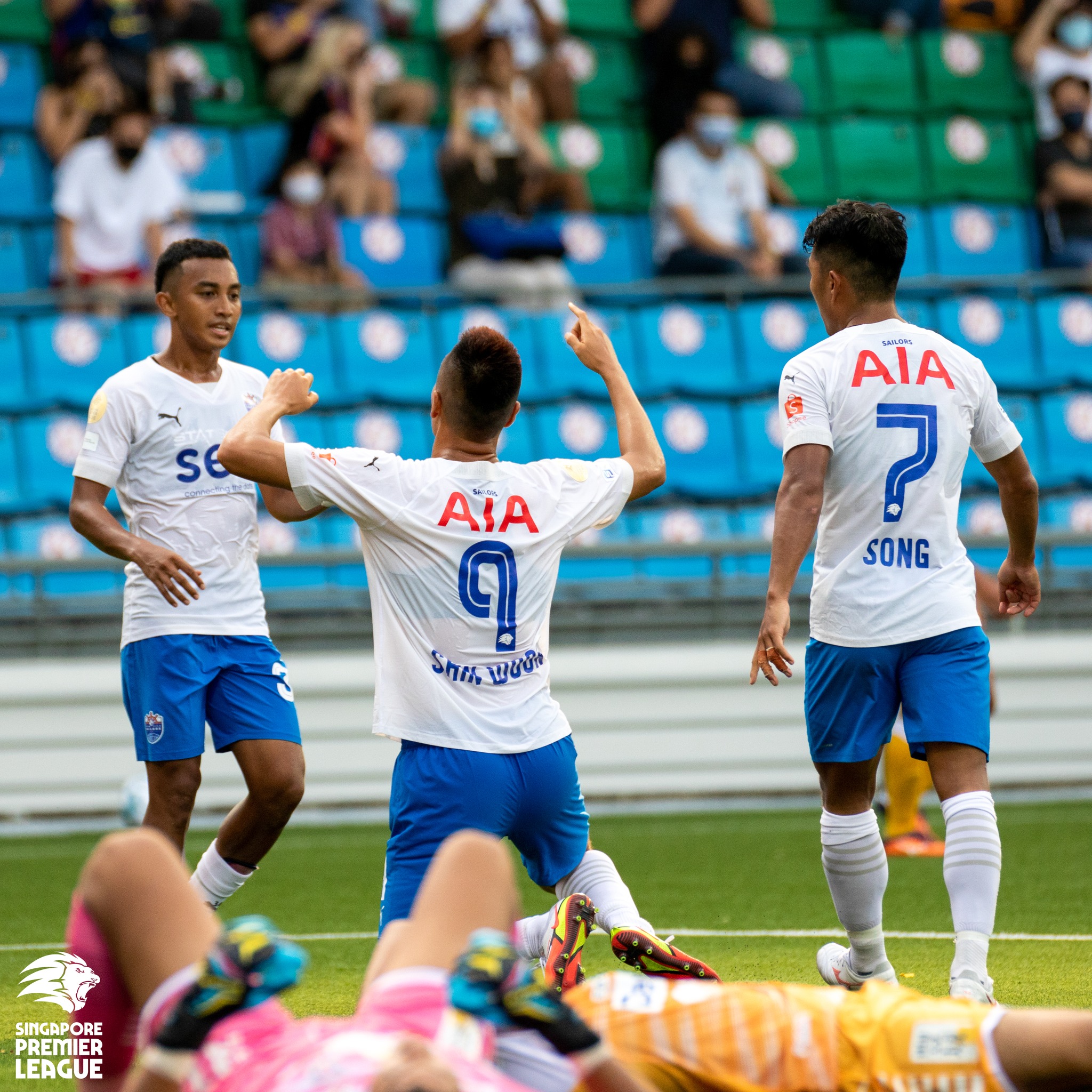 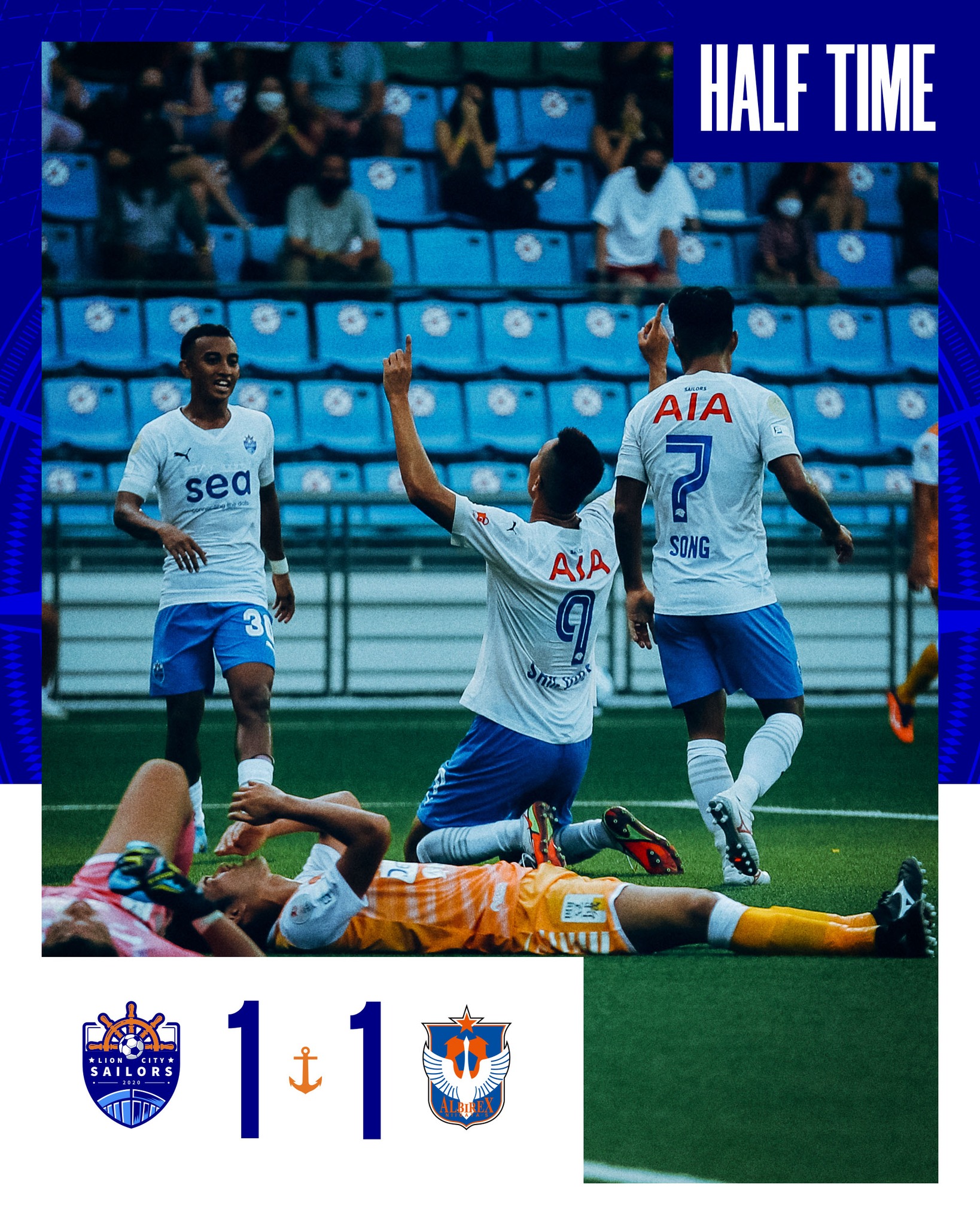 Boosted by their equaliser in the 41st minute, LCS emerged from half-time a much more solid team, with Kim coming close to adding his 2nd with a stooping header. But ANFCS custodian Koga managed to cover safely. On the other end of the pitch, the Sailors had Hassan Sunny to thank for, making 2 brilliant saves that kept them in the match. The first came in the 58th minute, when the Singapore international mainstay somehow parried a point-blank header by Lee into safety. Then in the 84th minute, an unsighted Hassan managed to block a stinging shot by Masaya Idetsu, before reacting quickly to push the ball away from rolling into the net.

That set up the Sailors coup de grace moment in the 87th minute. Substitute Diego Lopes, who was the Sailors’ most expensive purchase when he signed for a league-record $2.89 million from Rio Ave, drifted to the right flank to receive a pass from another substitute, Hafiz Nor. 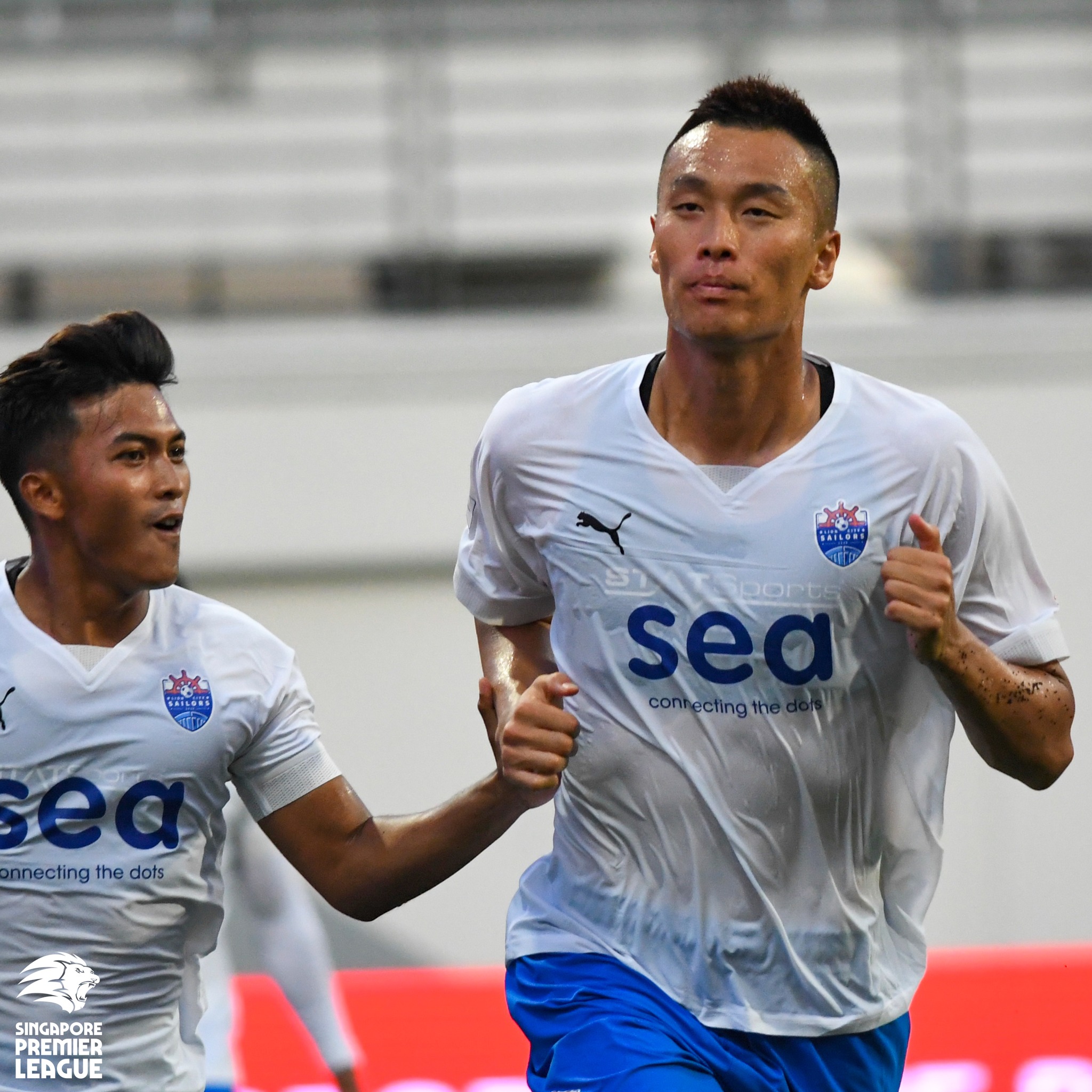 Looking up, he saw the tall Kim drifting away from his marker, and crossed immediately. The ball arrived just a little too low for Kim to head towards goal, but the Korean produced a stunning, acrobatic scissors kick that gave Koga no chance as it nestled into the bottom left corner. 2-1 to the Sailors!

It was a goal befitting of winning a match, as the Sailors held on in the remaining minutes to allow captain Hariss Harun to lift the Community Shield. The season was off to an ideal start for the Sailors, clinching their 1st domestic silverware of 2022. 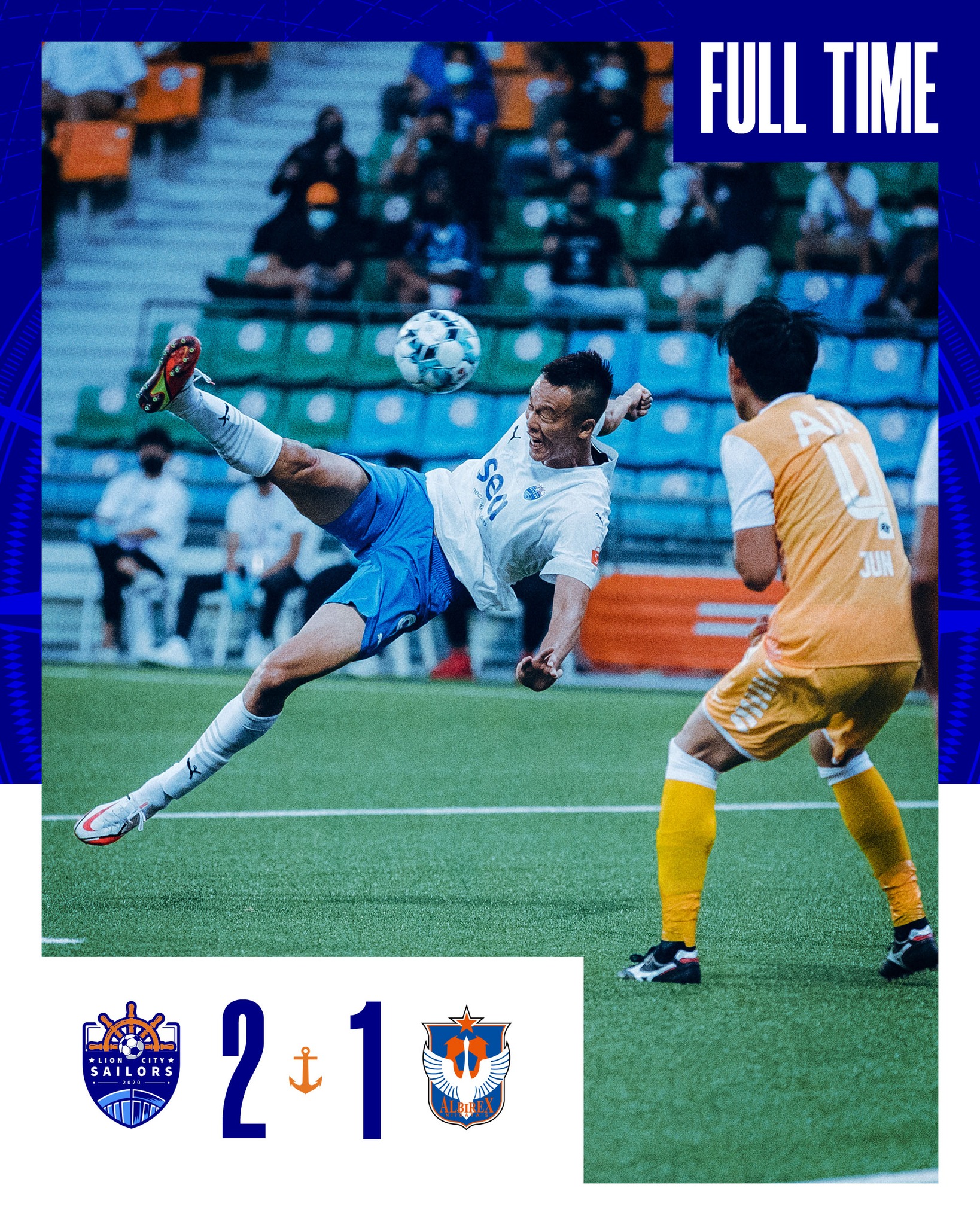 The 27th season of the SPL, which features a new quadruple round-robin format, will kick off next weekend on 25 February. The full list of fixtures can be found at www.spl.sg/fixtures. The matchups for Round 1 are listed below.