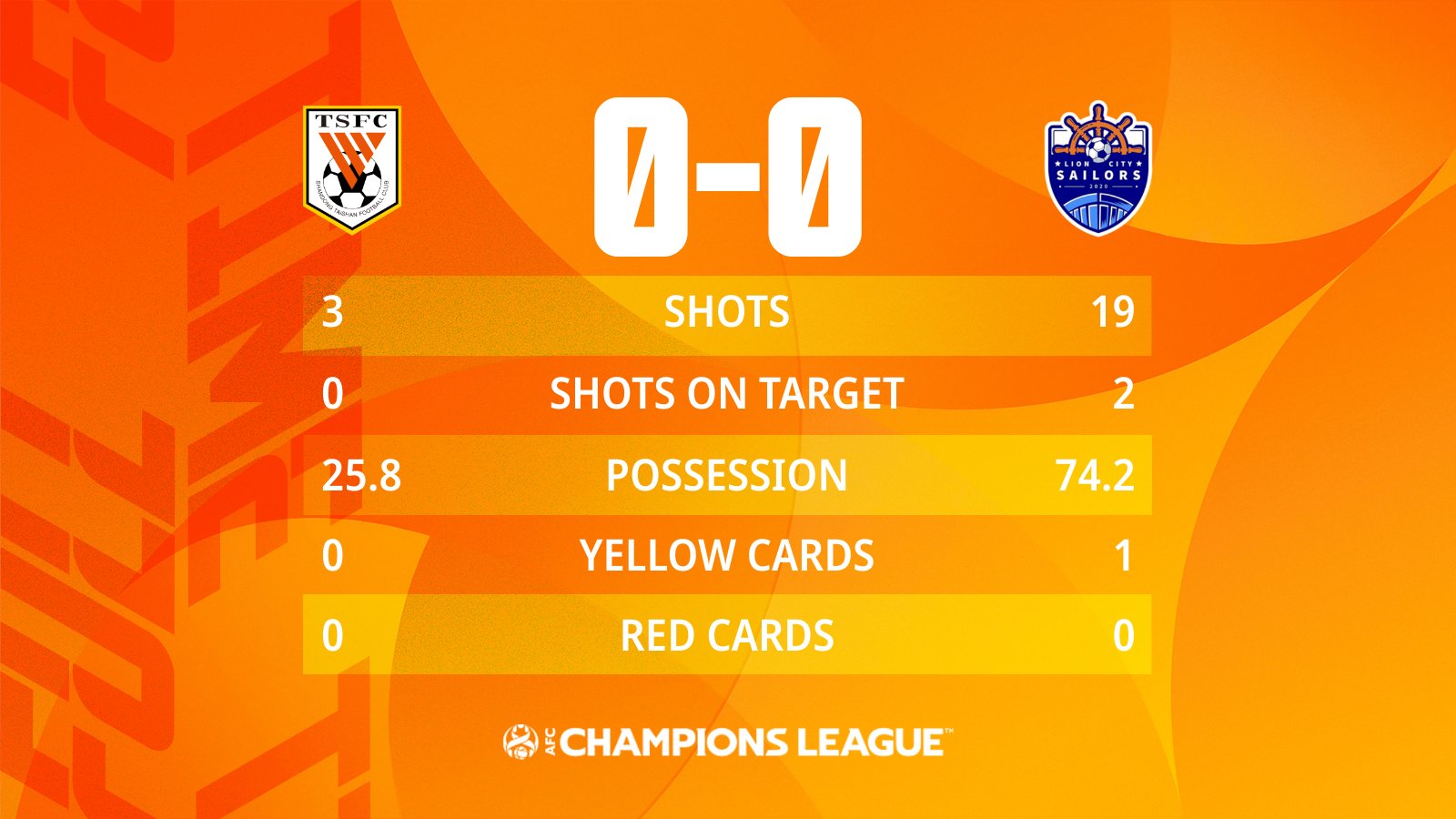 Sailors coach Kim Do-hoon fielded a virtually unchanged side from their Monday fixture, with Gabriel Quak replacing defender Tajeji Salamat. The latter, along with midfielder M. Anumanthan, had been sent home for breaking team regulations.

The Sailors, boosted by their historic 3-0 win over Daegu FC on Matchday Two, applied heavy pressure from the get-go and came close in the seventh minute but captain Hariss Harun couldn’t get his header on target. 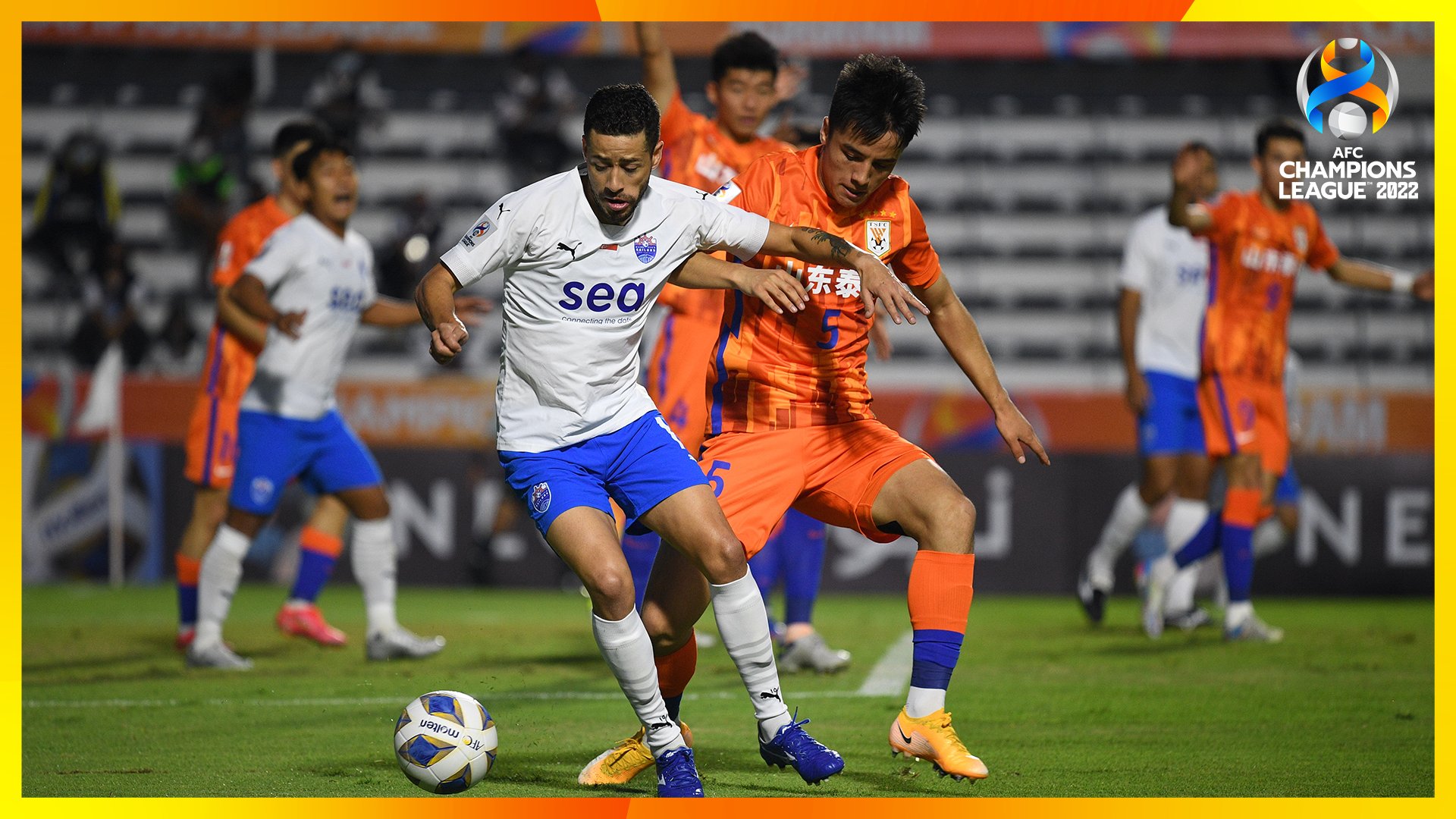 It was one missed opportunity after the next, with Diego Lopes’ close-range effort missing the target by mere inches, and Pedro Henrique heading over the crossbar in the 26th minute. Maxime Lestienne would also volley wide seven minutes later.

Shandong Taishan stood firm against the Sailors’ domination well into the second half. Sailors coach brought on star striker Kim Shin-wook, who was still nursing a muscle injury, as the team searched for a breakthrough. It nearly paid off in the 77th minute, with Chinese keeper Cao Zheng forced to parry the Sailors’ first shot on target. The youthful Chinese reserve side (with no imports) had the unbeatable Cao Zheng to thank as they held on for the draw.

It was two valuable points dropped for the Singapore Premier League champions, who must be ruing what could have been, despite having more than 70 per cent possession, 19 shots and 11 corners to Shandong's 3 shots and a corner.

Daegu FC’s victory over Urawa Red Diamonds saw them overtake the Japanese outfit at the (joint) top of the group table. As it stands, the Lion City Sailors now need to win at least 2 out of their 3 remaining group stage fixtures to remain in the running for a qualification spot for the knockout rounds

The Sailors’ next fixture, on 24th April, is a rematch against Shandong Taishan.