It was a case of don’t fix what ain’t broken for Shandong Taishan, as the Chinese side continued to defend in numbers. Kim, however, had other ideas, creating two great chances in rapid succession in the first ten minutes of the game.

The Sailors thought they had taken the lead in the 32nd minute when Diego Lopes’ long-range effort deflected off Kim’s boot and settled in the back of the net, only for the Korea Republic forward to be flagged offside. The Sailors’ talismanic striker would continue to ask questions of the Chinese defence with his towering physique and presence, much to the latter’s consternation. 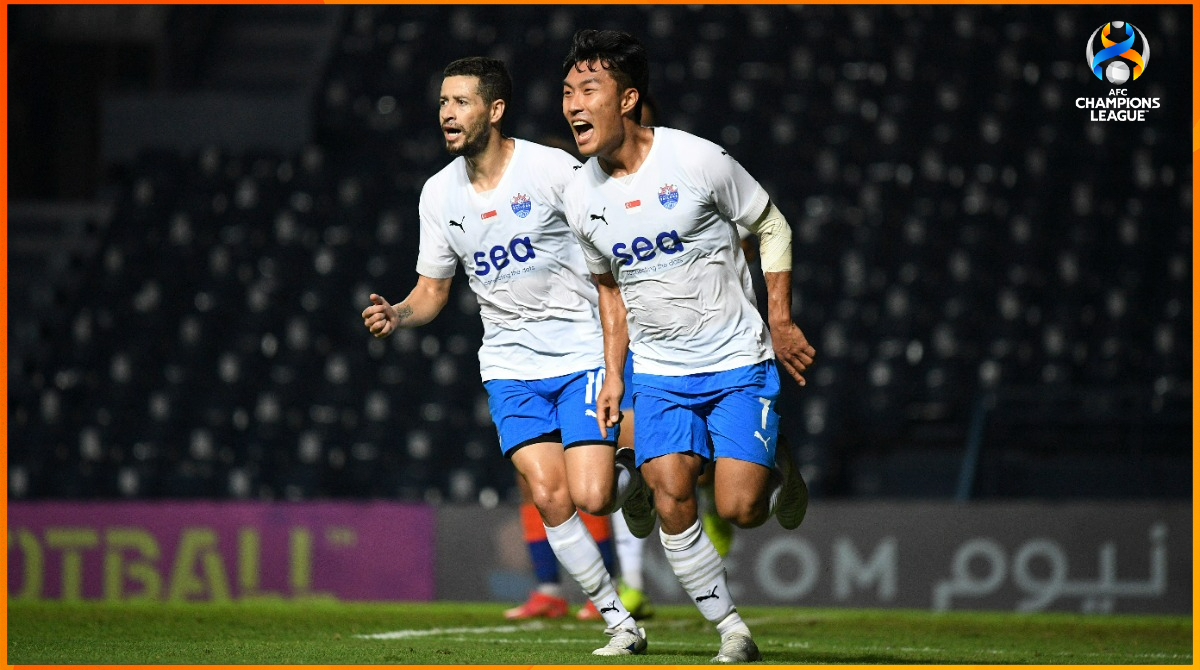 But it was another roster change that provided the breakthrough. 2 minutes into extra time, Haiqal unleashed a brilliant cross that found the unmarked Song Ui-young in the center of the box. The glorious opportunity was met head-on, bouncing off the ground and into the net.

The Singaporean champions doubled their lead on the hour mark, as defender Pedro Henrique rose highest to head home Gabriel Quak’s corner kick. However, it wasn’t long before the deficit has halved. A tussle between captains in the Sailors’ penalty area in the 75th minute led to a penalty for Shandong Taishan. The young Chinese captain would then score his side’s first goal of the tournament by firing home from the spot.

Shandong Taishan pressed hard for an equaliser, but this time it was their celebrations that were short-lived. Song sparked a counter-attack in the 81st minute before squaring the ball across for substitute Maxime Lestienne for a fine finish into the bottom right corner.

The youthful Shandong, however, refused to be cowed and scored their second in the 90th minute through a moment of individual brilliance with Liu Guobao curling his effort into the top left corner. This led to a nervy extra time, but the Sailors found enough in their tank to see through the victory.

With Urawa Red Diamonds and Daegu FC settling for a 0-0 draw, the Sailors’ win brought them level on points with the two table toppers (third on head-to-head record). As it stands, the Lion City Sailors need to net a minimum of four points from their two remaining fixtures to guarantee a top 2 finish in Group F.

The Sailors face Urawa Red Diamonds in their next match on 27th April, where a win will see the former top the table as long as they avoid defeat to Daegu FC on the final matchday (by virtue of an advantageous head-to-head record).