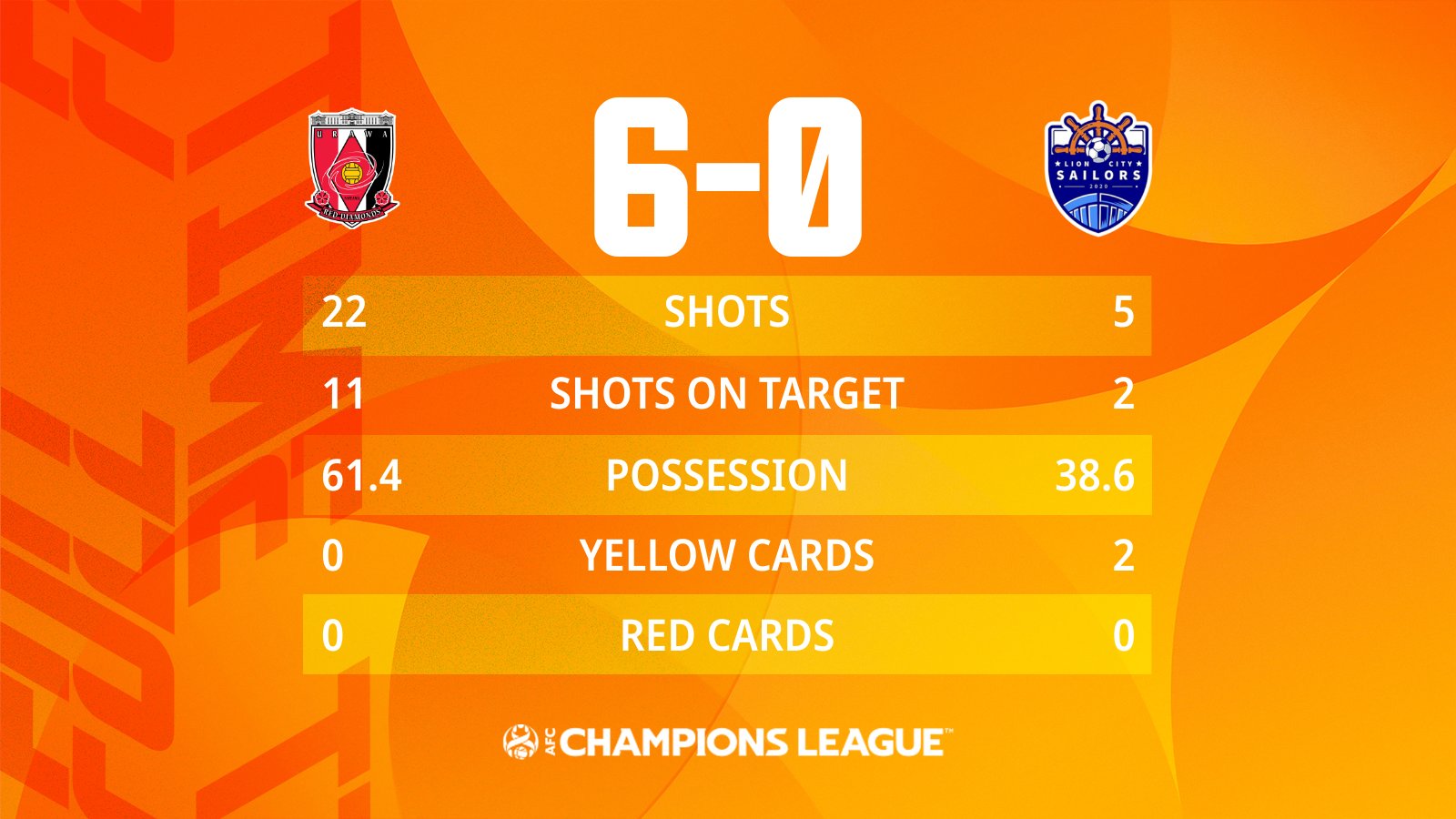 Buriram, 27th April 2022 - The Lion City Sailors were left on the brink of elimination after suffering 6-0 mauling by the hands of Urawa Red Diamonds.

The Sailors took to the field with 4 changes from the winning lineup against Shandong Taishan, with Song Ui-Young, Kim Shin-wook, Diego Lopes, and Gabriel Quak all joined Maxime Lestienne on the bench.

Having only secured a solitary point in their double-header against Daegu FC, the two time Asian Champions League winners started strongly, coming close twice within the opening 8 minutes. But it didn’t take long for Urawa Red Diamonds to break the deadlock. Defender Kazuaki Mawatari picked up David Moberg’s through pass before besting Sailors keeper Hassan Sunny with a shot too hot to handle.

Dutch forward Alex Schalk thought he had doubled the lead in the 38th minute, only to be ruled offside. Undeterred, he would carve open the Sailors' defence just a minute later with a venomous shot from outside the box into the top left corner. 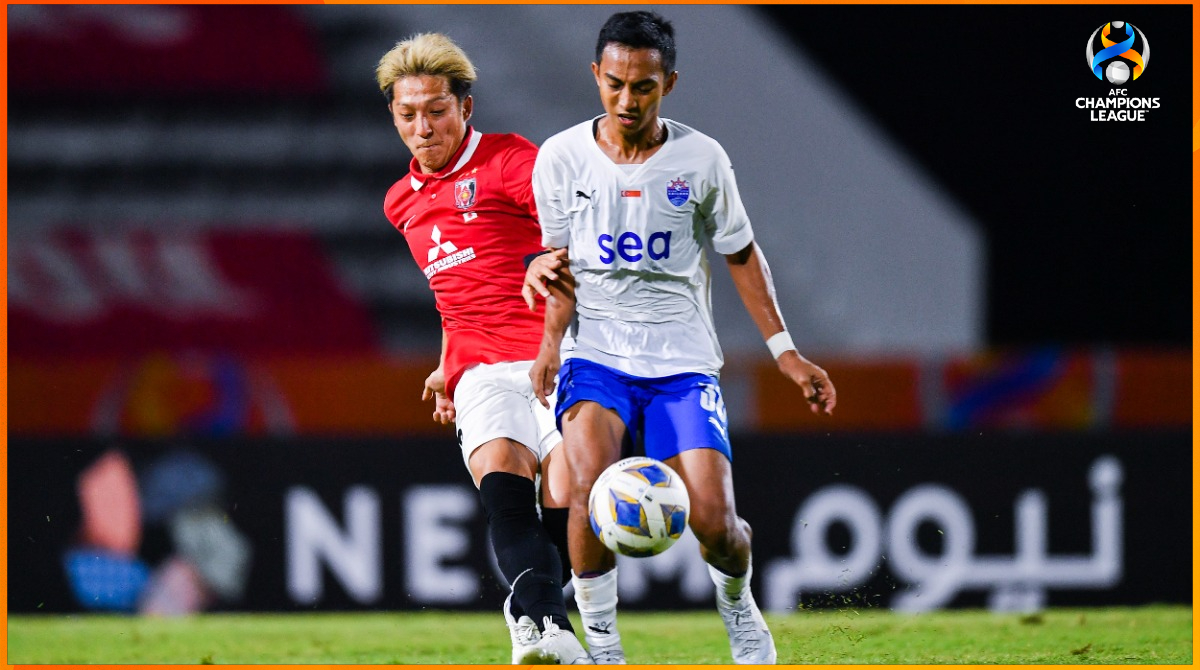 Guilty of gifting the Sailors an own goal in the reverse fixture, Moberg was determined to break even. And he did that with some swag, heading home Yoshio Koizumi’s cross to gift Urawa Red Diamonds a perfect second-half start.

It was cruise control from this point onwards, as the provider turned scorer in the 52nd minute. After being left unattended at the edge of the box, Koizumi smashed in his effort from a tight angle as Urawa continued to stamp their authority on the game. A similar run of play saw substitute Yusuke Matsuo beat the offside trap to etch his name on the scoresheet.

Despite the hefty deficit, the Sailors continued to press, eventually coming close to pulling one back in the 70th minute with Lopes supplying Kim with a sublime cross. But alas, the Korea Republic forward could only force goalkeeper Shusaku Nishikawa into making his first save of the match. But it wasn't to be, with Matsuo adding to his tally in the closing seconds.

The dominant victory kept Urawa Red Diamonds hot on the toes of Daegu FC at the top of the group. The Lion City Sailors’ final match against Daegu FC on the 30th of April is now a must-win for the Singaporean champions to remain in contention for qualification. Win, and the Sailors are guaranteed second place by virtue of an advantageous head-to-head record. From there, the three best second-placed teams will join the five other group winners in the Round of 16.