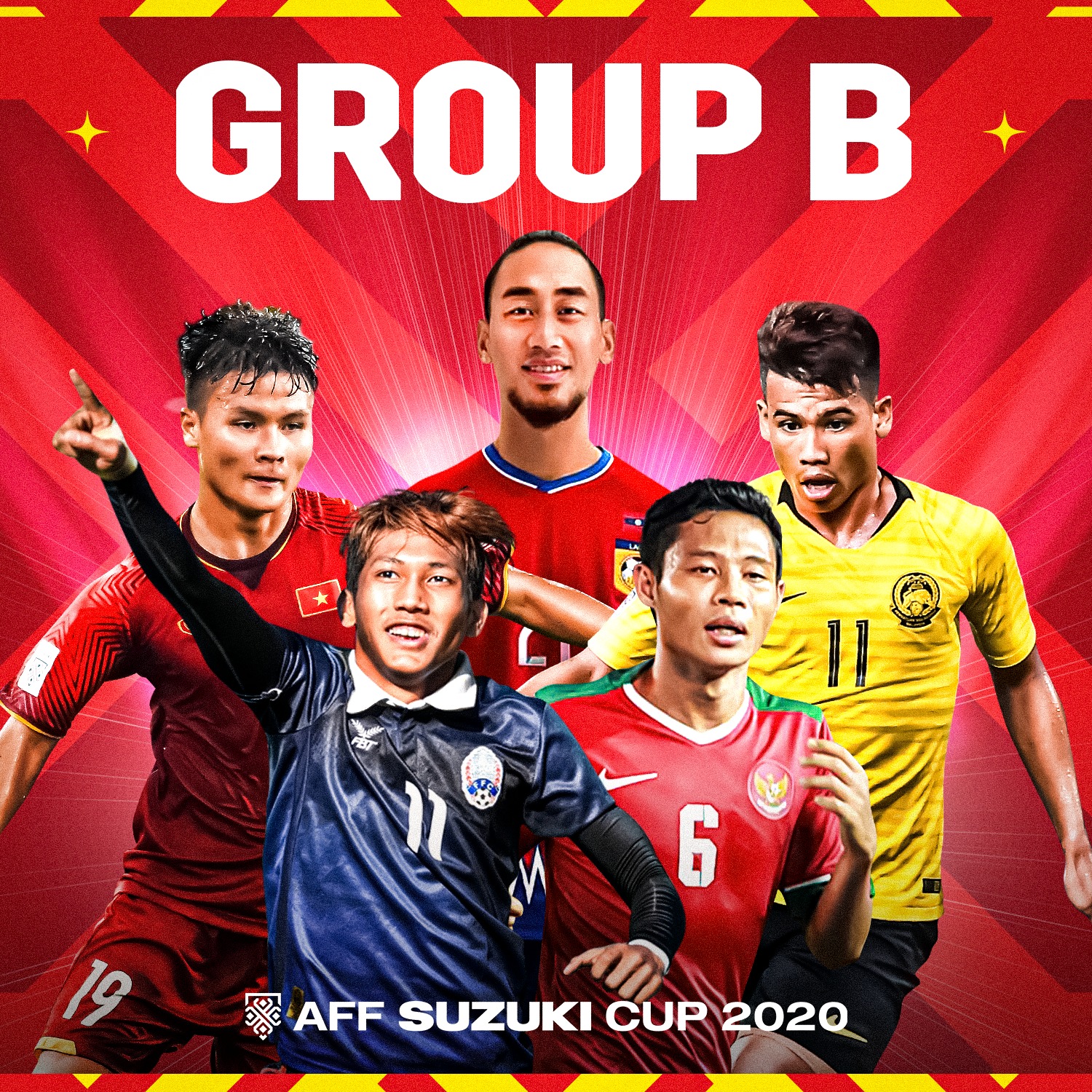 AFF Suzuki Cup 2020 sees 10 regional teams competing in Singapore with matches taking place at the National Stadium and Bishan Stadium respectively.  And Group B comprises defending champions Vietnam, Malaysia, Indonesia, Cambodia and Laos. In this feature, we'll briefly look at all 5 teams from that Group.

Singapore's Causeway rivals have never missed a single AFF Suzuki Cup, and despite numerous roadblocks including defeats in the finals in 1996, 2014 and 2018, they managed to pick up the trophy in 2010 – leaving a lasting memory in the hearts of Malaysian fans for years. 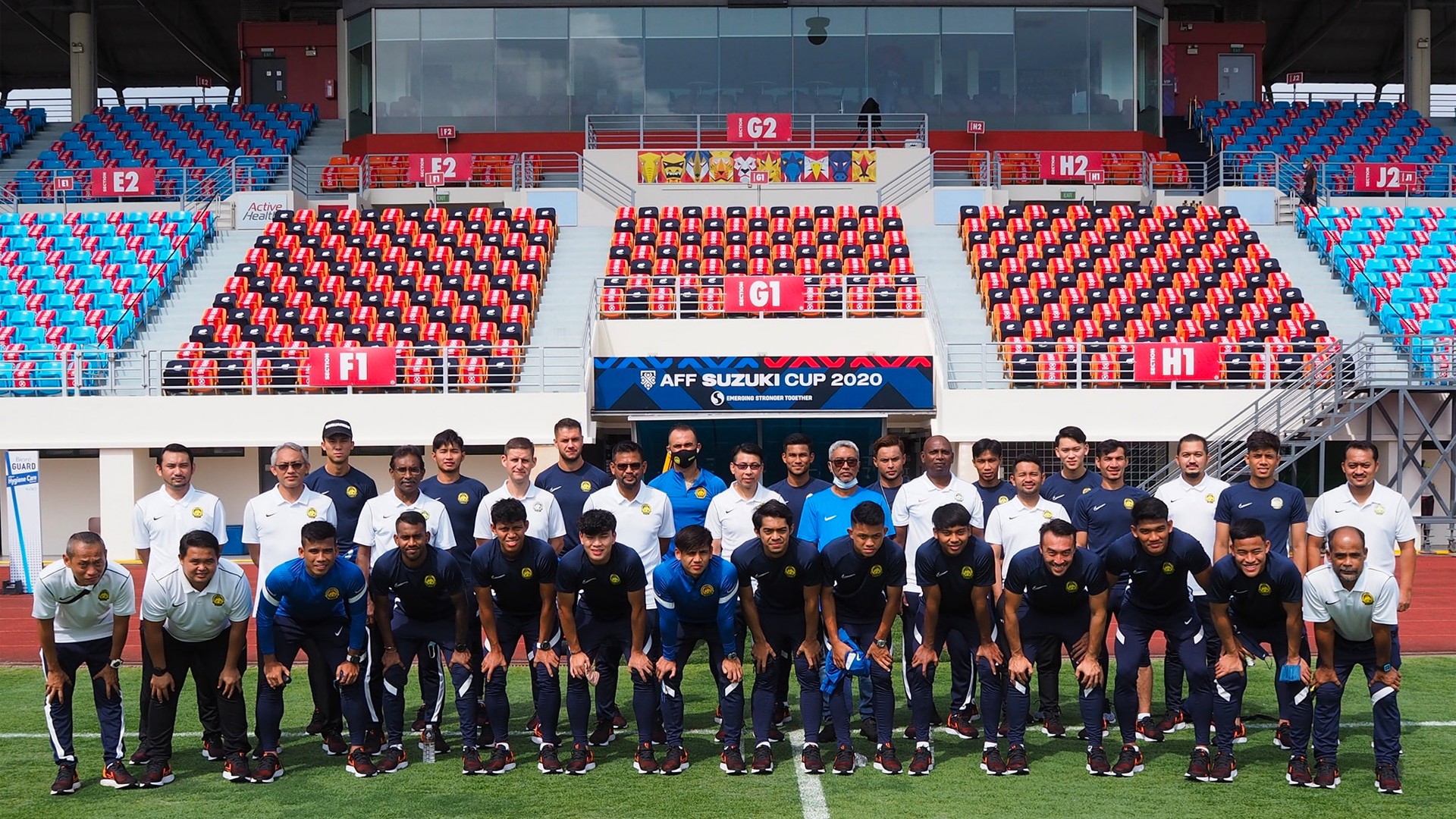 Head coach Tan Cheng Hoe was at the helm during the Tigers’ last run in the competition and he surpassed expectations by bringing his side to the penultimate game of the tournament.

At the start of Malaysia’s recent training camp, Cheng Hoe said: “We are hoping that the players will be in the best shape possible because we are running out of time. I hope the players are free from injuries and all set for our opening game. What’s important is that every player who joins up has the same dream and desire to make a difference to the national squad.” 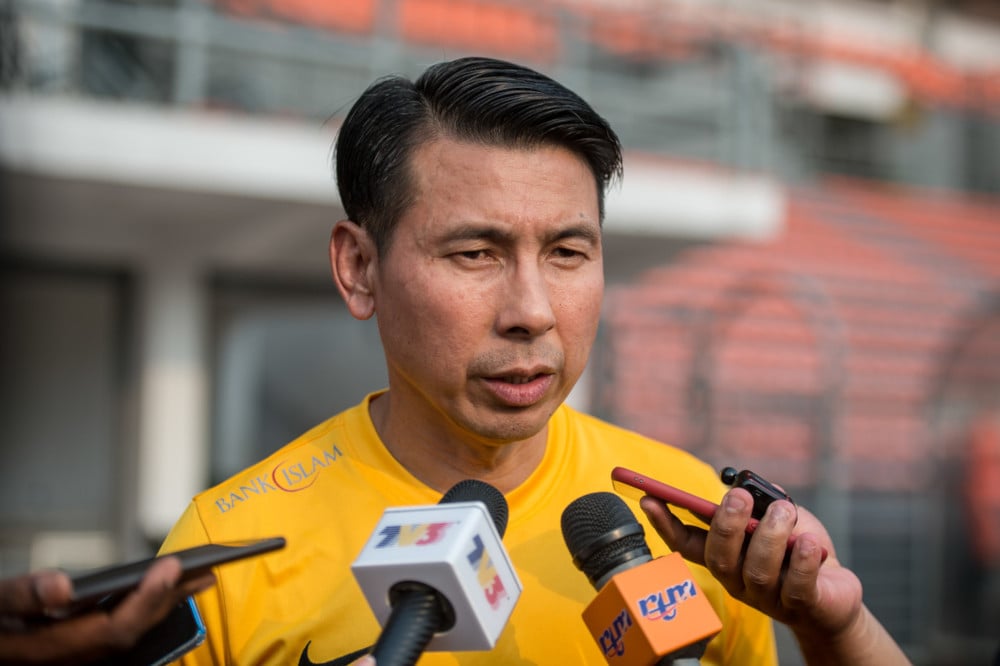 2 days before Group B kickoff their campaign though, Cheng Hoe announced that 2 of his players had tested positive for Covid-19. The duo are Faisal Halim and Khairulazhan Khalid and they're now under quarantine for 10 days.

In the last 5 editions of the Suzuki Cup, Malaysia featured in 4 semi-finals and played in 3 finals, winning one of them (2010). The Tigers might be missing a few key players due to Covid and other factors. But the team still has veteran stars such as their 2010-winning custodian Khairul Fahmi Che Mat, along with Baddrol Bakhtiar and captain Mohamad Aidil Zafuan Abd Radzak.

Malaysia’s first game will be against Cambodia on 6 December.

Prediction: 3rd place in Group B

With 7 previous appearances in the AFF Suzuki Cup, including the last two editions in 2016 and 2018, Cambodia can be considered one of the regulars in the group stage of the tournament. But they have never made into the knockout stage! 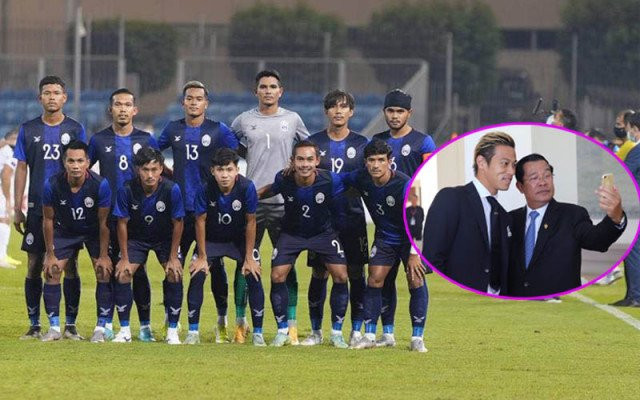 Ryu Hirose was handed the reins in March, taking over from Felix Dalmas, and the 65-year-old will have the help of former Japanese star Keisuke Honda, who remains the General Manager of the Cambodian side. Honda was complimented by Cambodian Prime Minister Hun Sen in September, for leading the national team to a 2-1 victory over Guam in the 2nd leg of the AFC Asian Cup China 2023 qualifiers playoff. 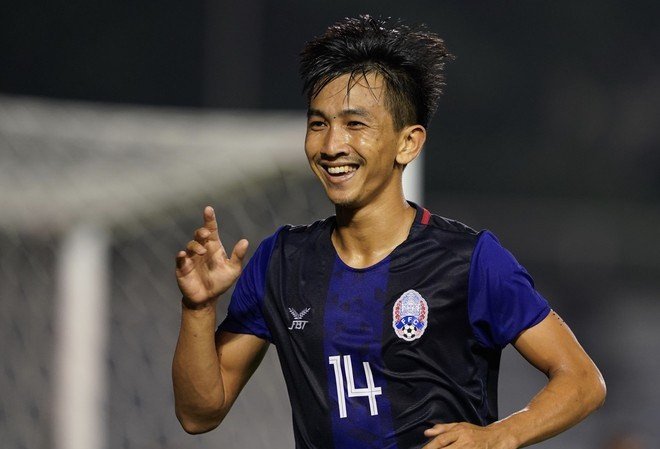 Meanwhile, Cambodian star Keo Sokpheng said they should play very hard to stand a chance of reaching the semi-finals. "All the Group B opponents are strong, as they also have good preparation. For us, every game in the group stage is very important,” he stressed.

Cambodia will go head-to-head with Malaysia in their opening game on 6 December.

Prediction: 4th place in Group B 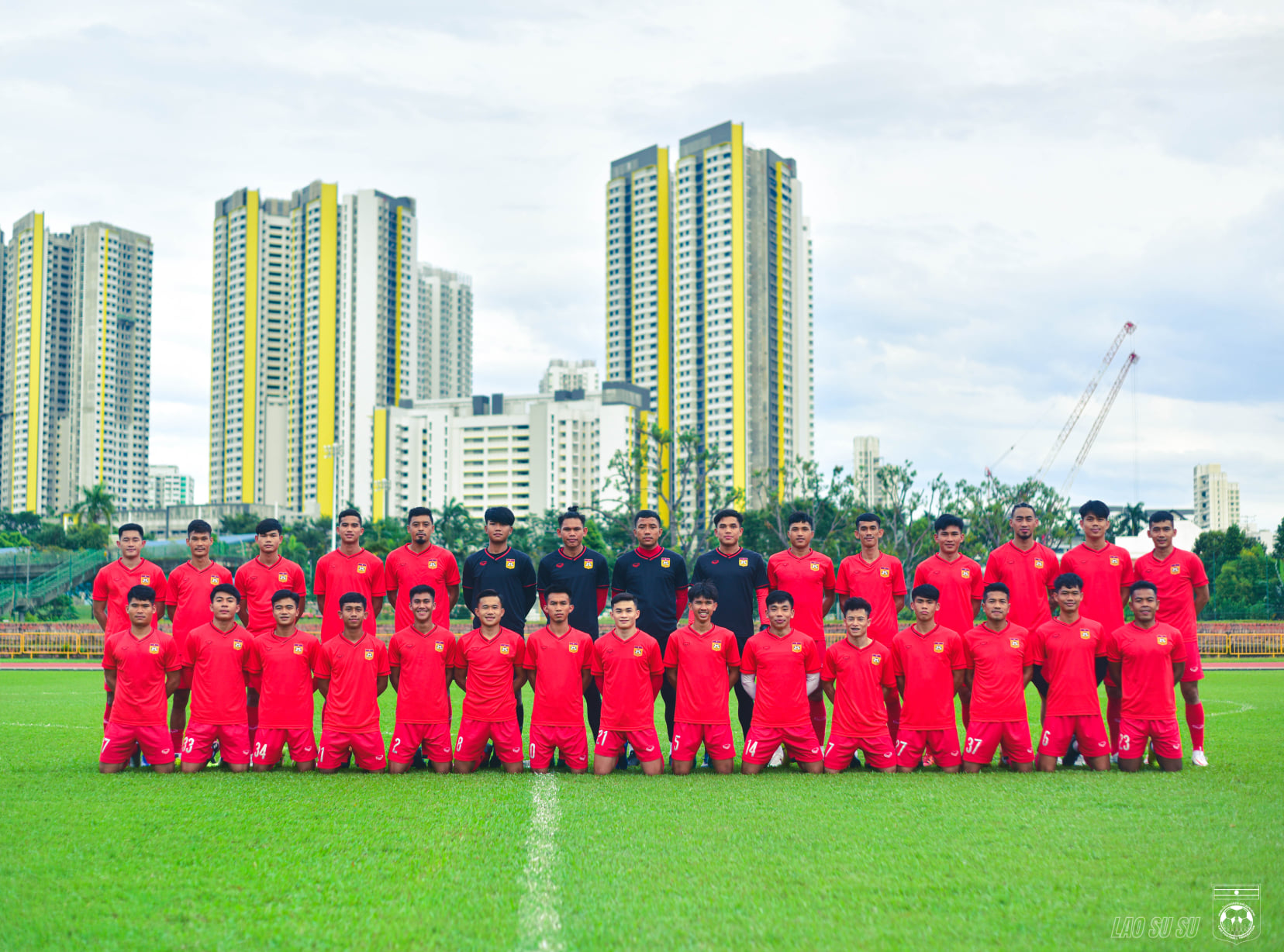 Making their 12th appearance in the AFF Suzuki Cup, Laos will once again be managed by a Singaporean. This time V. Selvaraj will be in charge, as the 3rd Singaporean to lead the Laotian side – after Mike Wong and V. Sundram Moorthy. 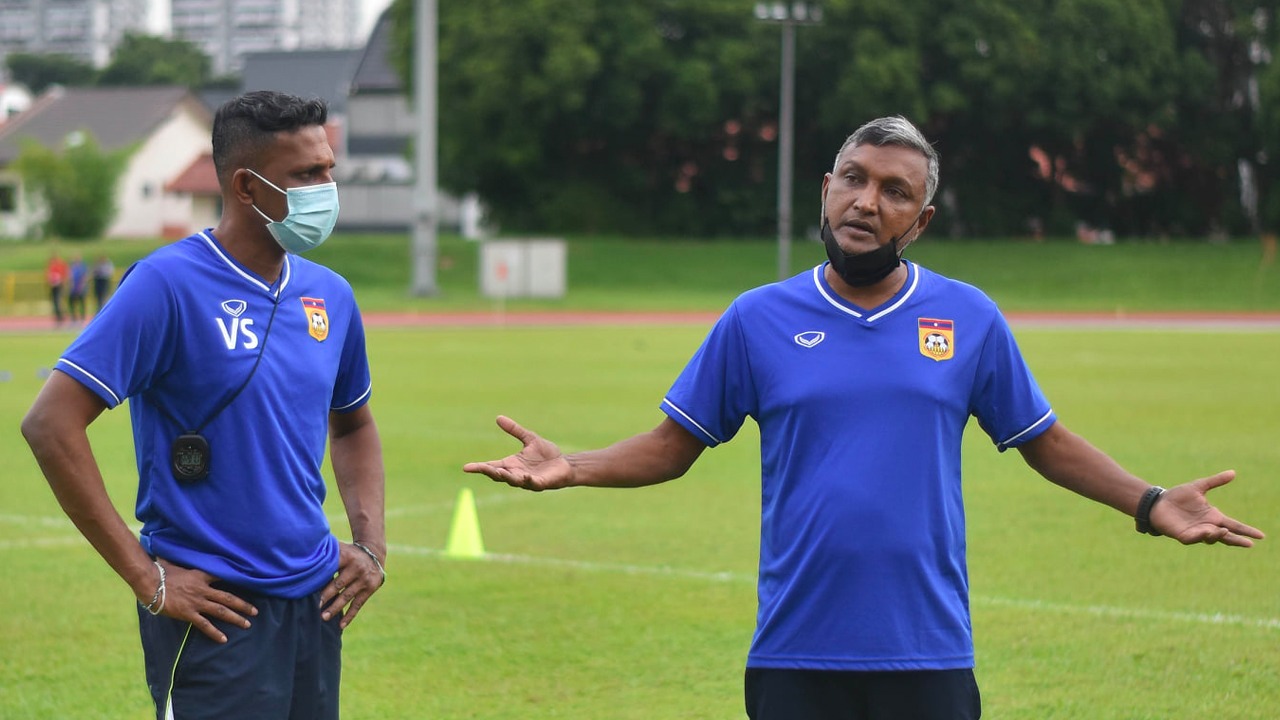 The Laotians will be aiming to progress past the group stages. And although it will be a big ask, a semi-final berth will surpass all previous achievements for by the team in this competition. Billy Ketkeophomiphone is the man whom Selvaraj will be counting on to ensure that Laos can become a competitive side in Group B. 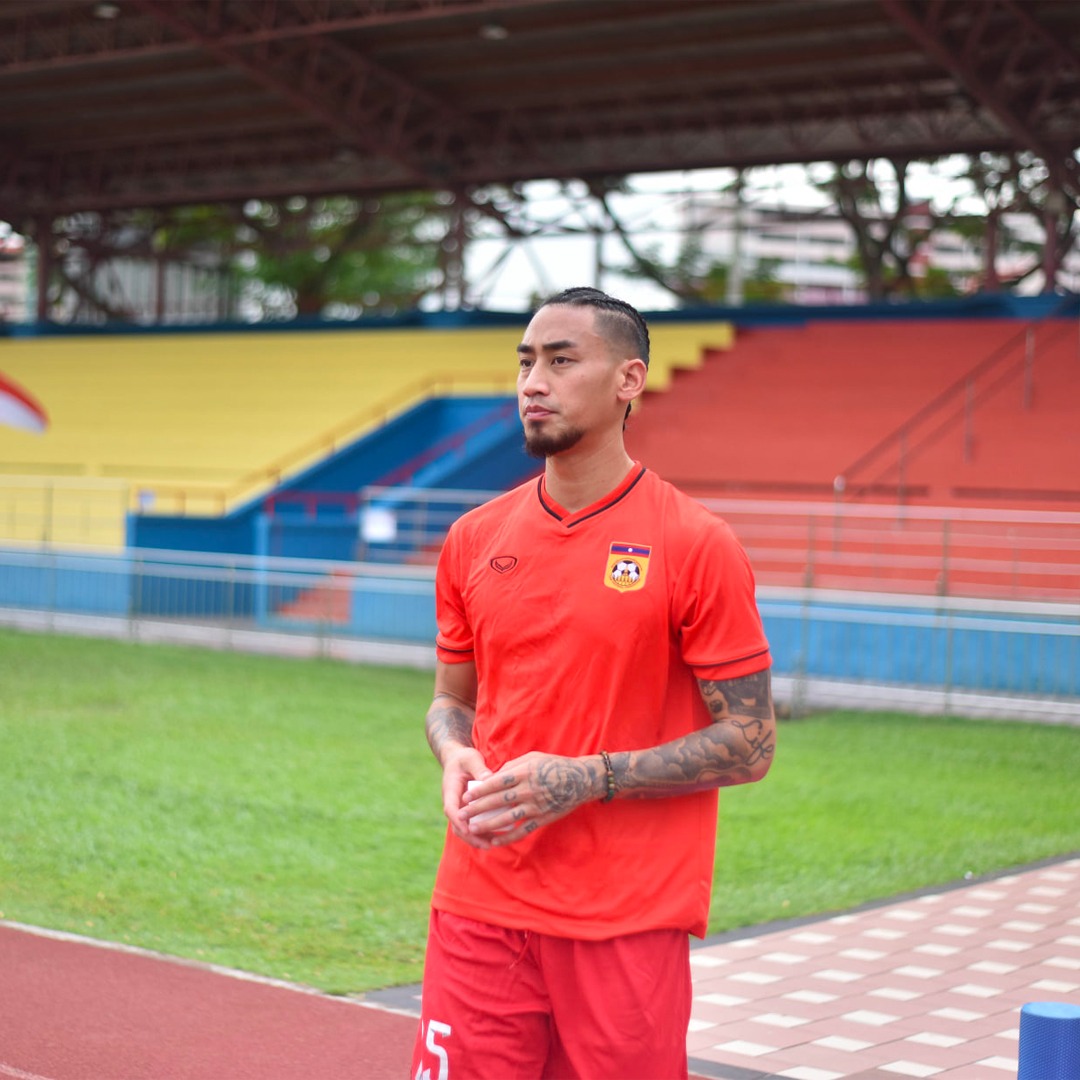 Ketkeophomphone said: “Physically, I’m at my best. I trained for many months with my club. I’m in good shape, so I’m ready for the upcoming matches. I may need some time to adjust to the new teammates, the weather, but for sure, all will go well.” 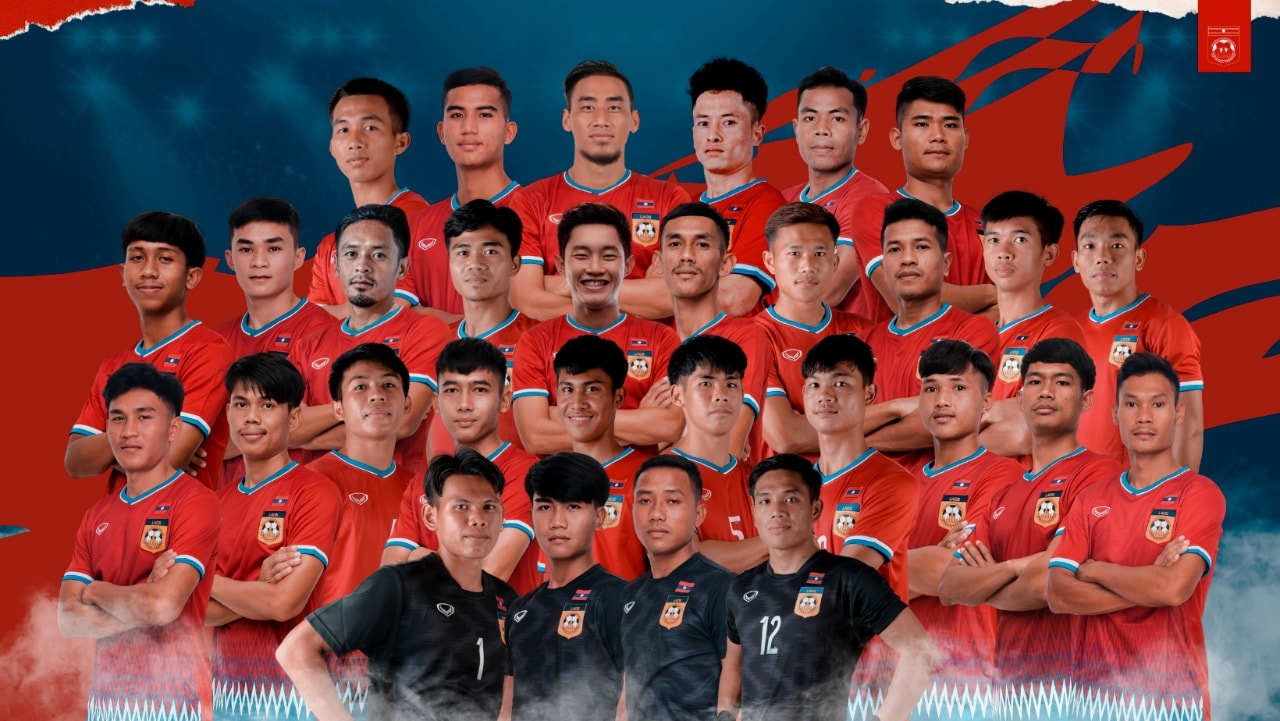 Prediction: 5th place in Group B

The prodigy of ASEAN are in hot form, as they have continued to build on their 2018 AFF Suzuki Cup success, by reaching Round 3 of the World Cup 2022 qualifications. With such accolades, the Golden Dragons march into to this year’s tournament as clear favourites to retain their title. 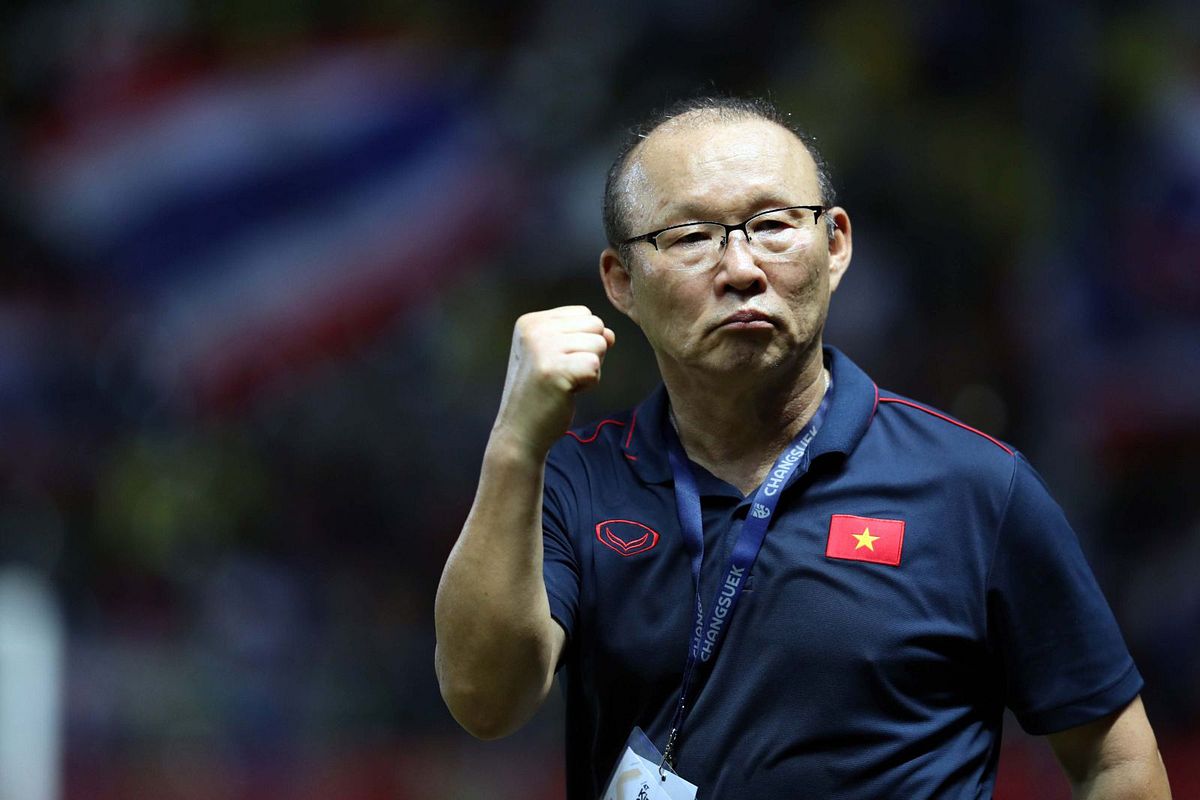 Head coach Park Hang-seo is undoubtedly one of the most revered men in Vietnam, after he led his side to their 2nd AFF Suzuki Cup triumph two years ago. And despite a loss in his recent game against Saudi Arabia in a 2022 World Cup Qualifier, he remains positive.

He said: “I always remind the players to be confident. But the problem is how to turn confidence into action. I told the players that it also depends on other factors like the opponent's level and the pressure that they put on us. Sometimes, we are so confident but cannot fight the pressure from the opponent. We've lost many games, but the players are getting better. When we play the top teams in Asia, our level and adaptability will increase.” 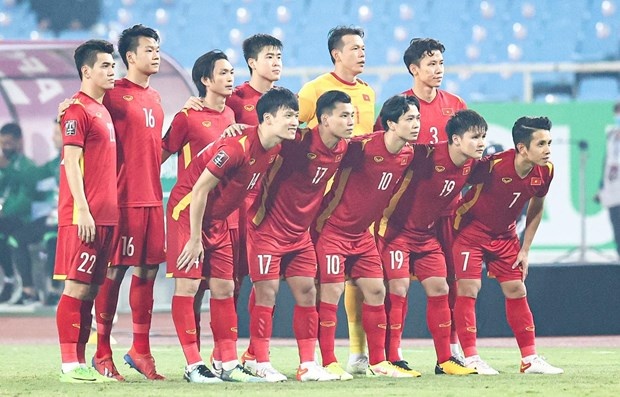 The Vietnamese look vulnerable, especially arriving at this tournament on the back of a 6-match winless streak. All eyes will be on their match opener at 8.30pm on 6 Dec against Laos at the Bishan Stadium. With minnows Timor Leste a day earlier, restricting title favourites Thailand to a 2-0 win, the Laotians could prove to be the bogey side in Group B!

Prediction: 1st place in Group B

In terms of experience in the AFF Suzuki Cup, Indonesia just like Singapore, have featured in all 12 editions of the competition to date. However, the Indonesians haven’t been the most fortunate in the tournament.

They have lost in 5 separate finals and the closest they came to a top finish in the championship was in 2002, when they were overcome by Thailand in a penalty shootout. 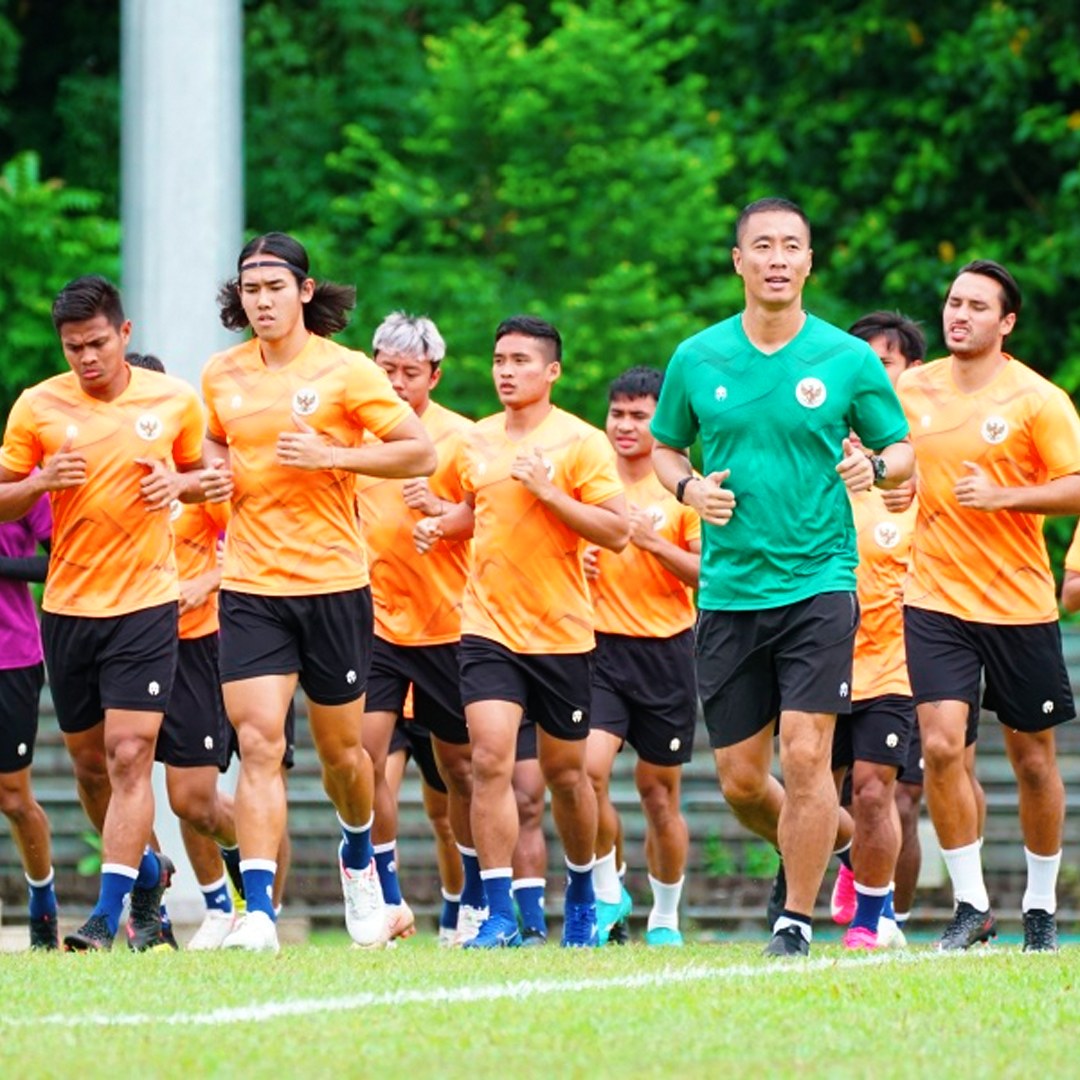 Shin Tae-yong is the Garudas’ head coach — he took over during the joint 2022 World Cup/2023 Asian Cup qualification where he notably claimed a well-deserved 2-2 draw against Thailand. The Indonesian national team successfully defeated Antalyaspor 4-0 in a test match held in Turkey. Despite winning, Shin Tae-yong isn’t too overconfident. 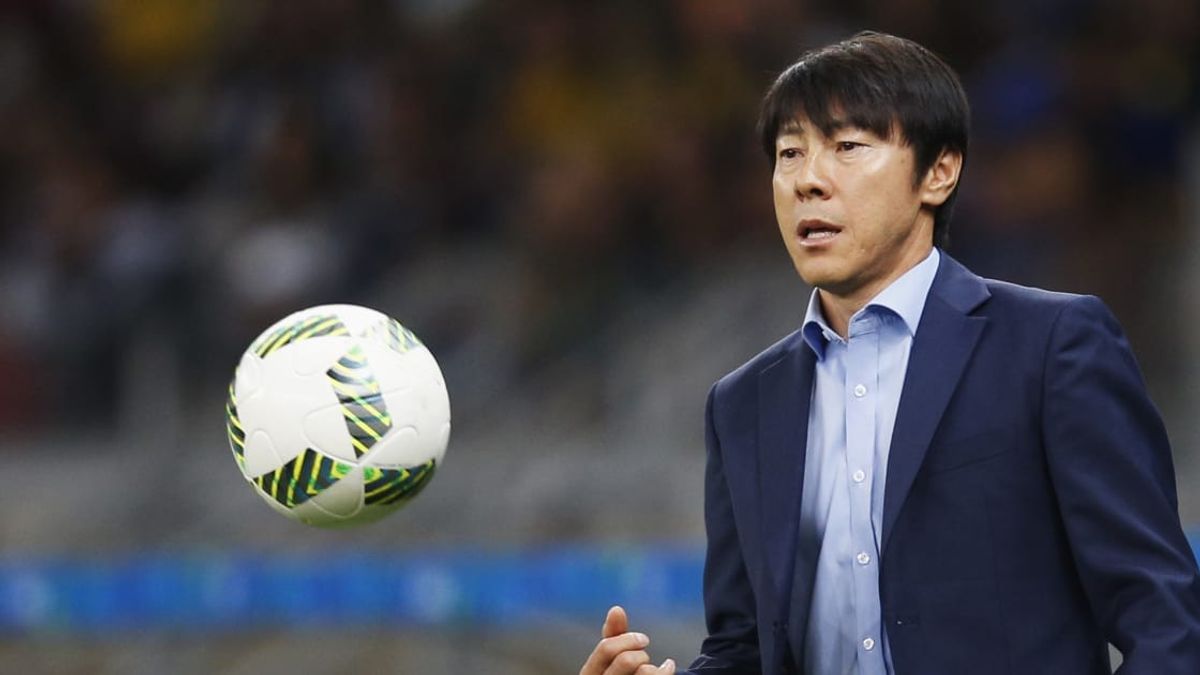 Indonesia’s first game will be against Cambodia on 9 December.

Prediction: 2nd place in Group B