AFF Suzuki Cup 2020 : Singapore overcome the Philippines 2-1 to sit on top of Group A!

Team Singapore's clash against the Philippines at the National Stadium (8 Dec), was on the back of their 1st win after 6 straight matches. Their recent 3-0 victory over Myanmar in the 1st Group A encounter last Sunday night, gave our Lions a much needed morale-booster, following a tough training stint in Dubai. The Republic's big defeats back in June for the Qatar 2022 World Cup qualifiers, key players not being released by their foreign clubs etc, also did not allow for many to believe that the Singapore side, would "get it right" by kick off time for the AFF Suzuki Cup 2020 campaign. Hence, following the 3 points won against the Myanmarese, the self-confidence and "the power of positivity" within our Lions grew stronger, as we saw during their 2-1 victory over the Filipinos! 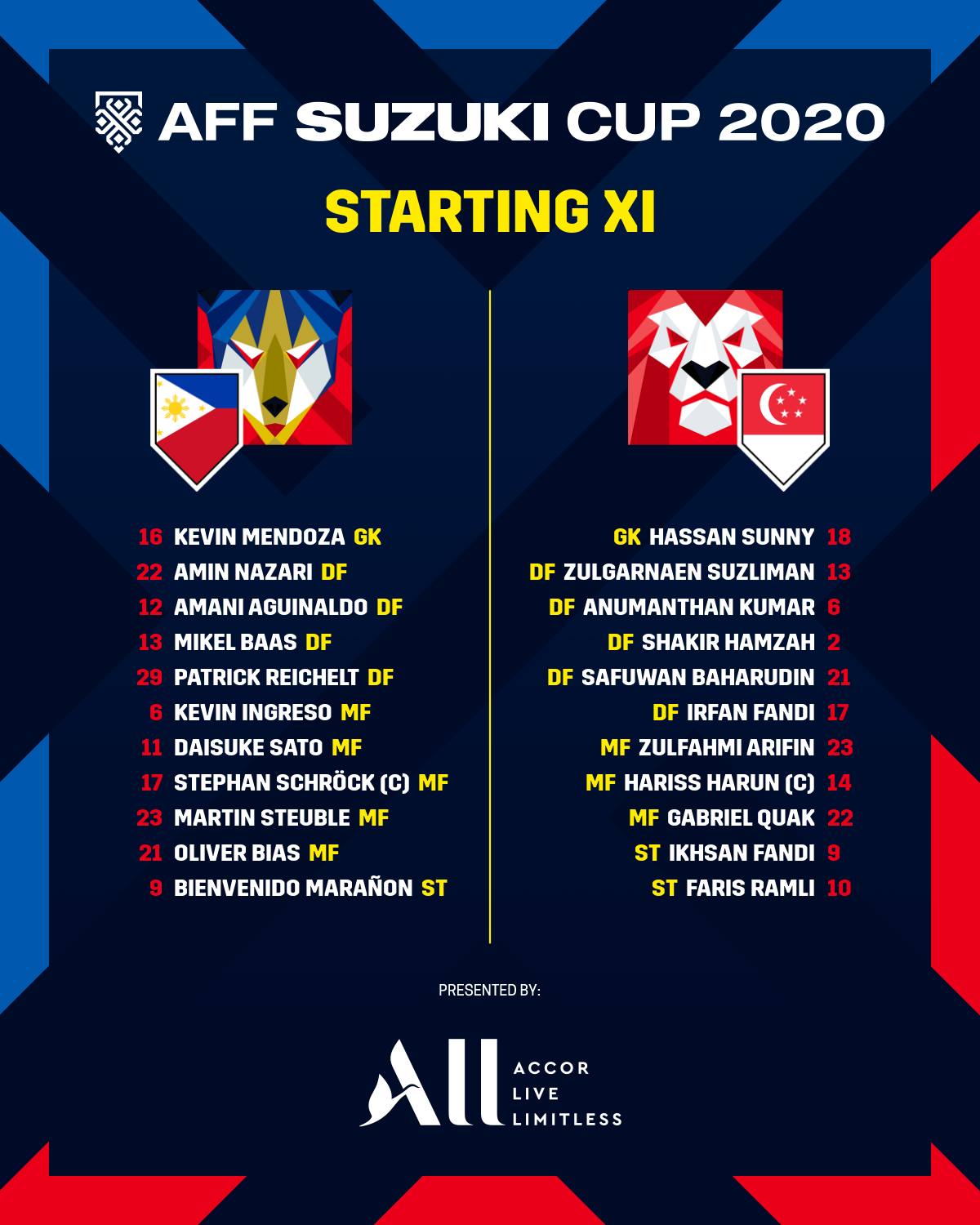 The Lions started the game with 4 changes to their first-11, that beat Myanmar. The incoming 4 were Anumanthan, Gabriel Quak, Zulfahmi Arifin and Zulqarnaen Suzliman. With the changes, the Republic took a long while to get going in the first 45 minutes. It was a rather feisty and physical first half, with both sides conceding one foul after another.

Gabriel Quak had the Lions’ first opportunity in the fifth minute when he latched onto a long ball from the midfield while at the edge of the penalty area. He looked for support but couldn’t find it and decided to shoot instead – he forced a save from the Philippines’ goalkeeper Kevin Ray Mendoza, who did well to get down fast and gather the ball. Gabriel had another half-chance 3 minutes later, but he couldn’t keep his shot down. 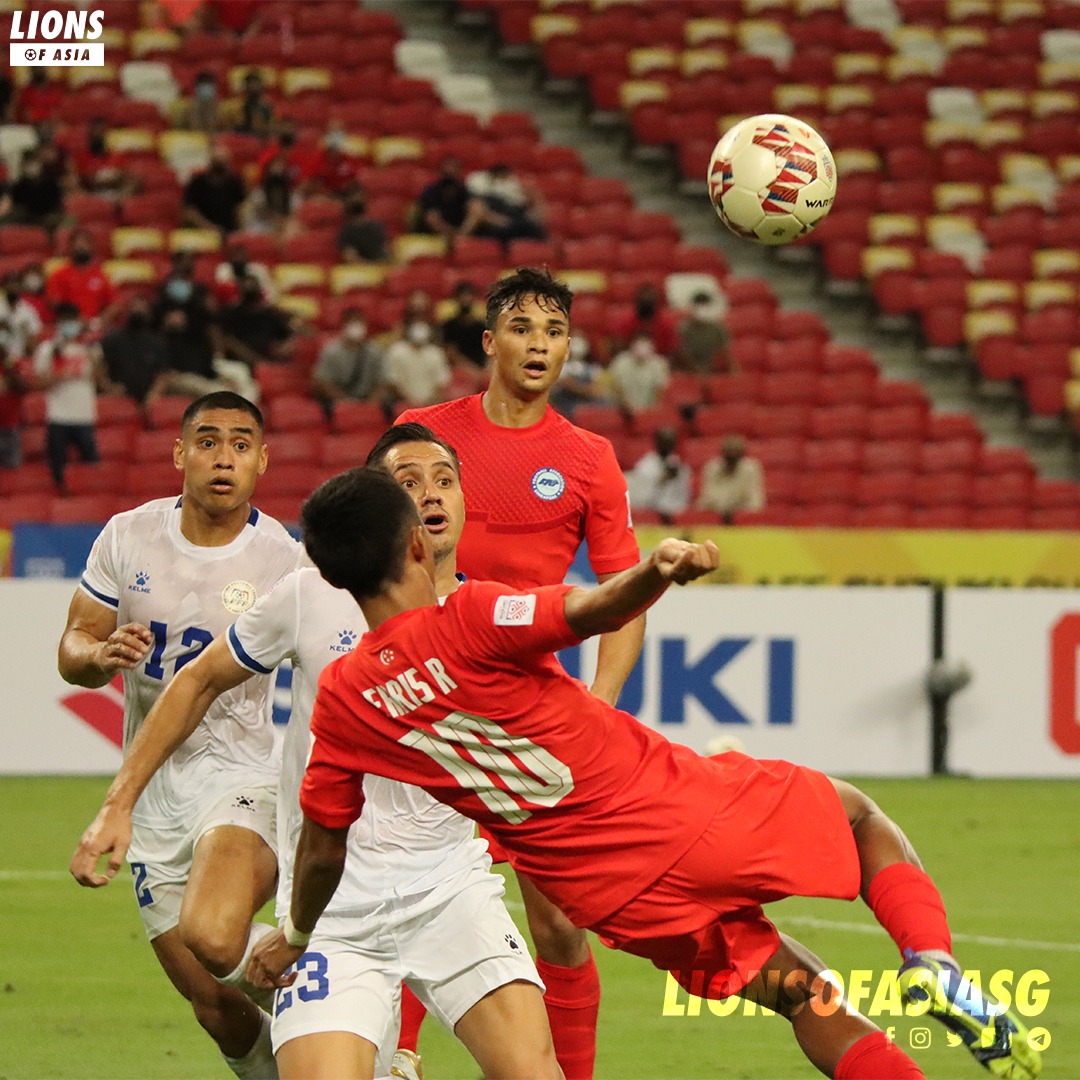 On the 25-minute mark, Gabriel did well to cross the ball to Lions striker Faris Ramli, who almost scored an overhead kick. It brought back memories of former national striker V Sundram moorthy's "bicycle kick" goal at the same National Stadium in 1993 against Brunei in the semi-pro Malaysian league match.  But tonight's acrobatic effort by Faris was wide, and it wouldn’t have counted, since the linesman flagged him for offside.

The 9,000 fans in attendance at the National Stadium were becoming restless as the game’s pace started to slow down. Both sides were cancelling each other out at either end of the pitch, all the way to end of the first 45. 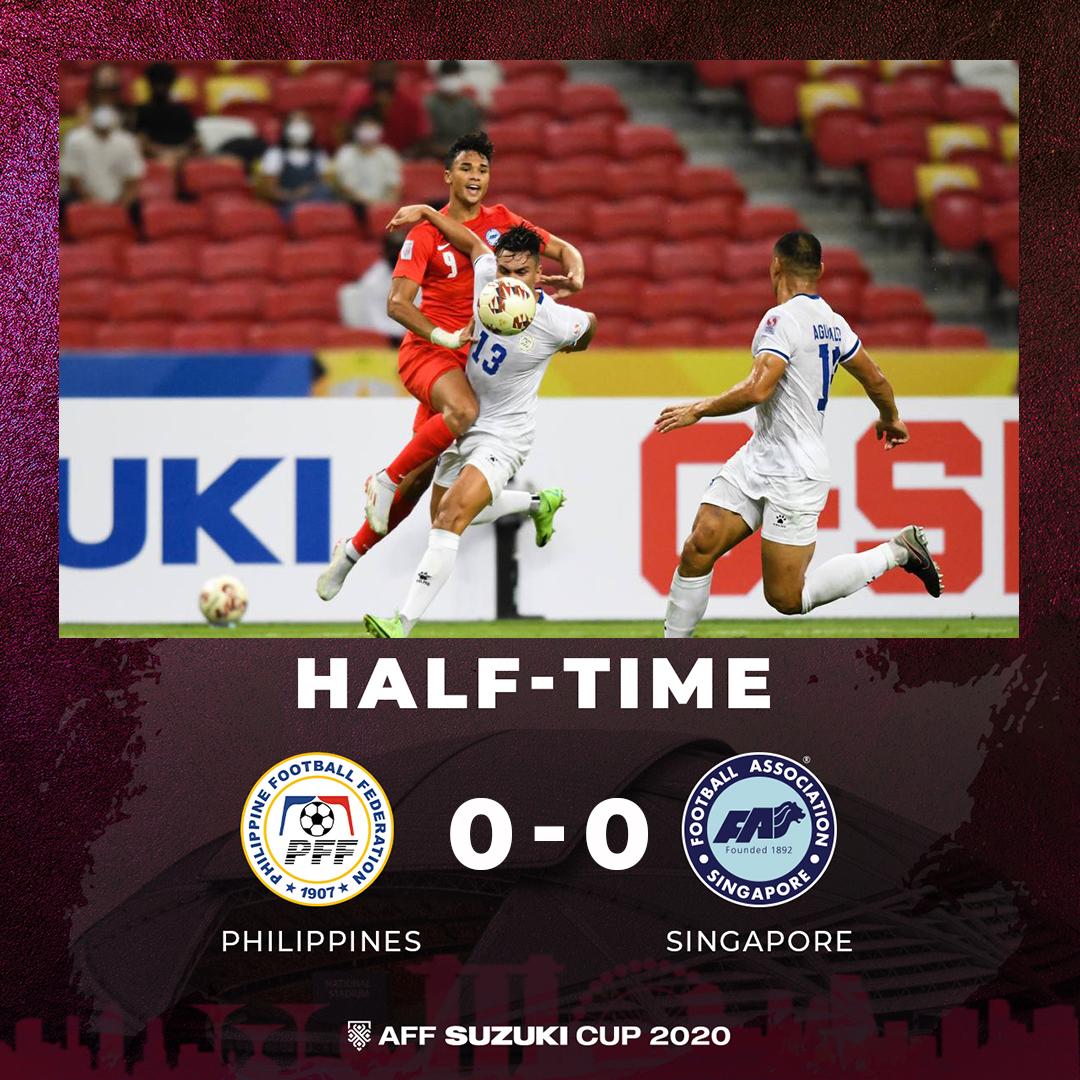 The 2nd half began with a similar scrappy affair that ended the first, but it was the Azkals who got on the front foot first with more attacking intent via both flanks. However, the visitors had no real opportunity to force a save out of the Republic's custodian, Hassan Sunny. 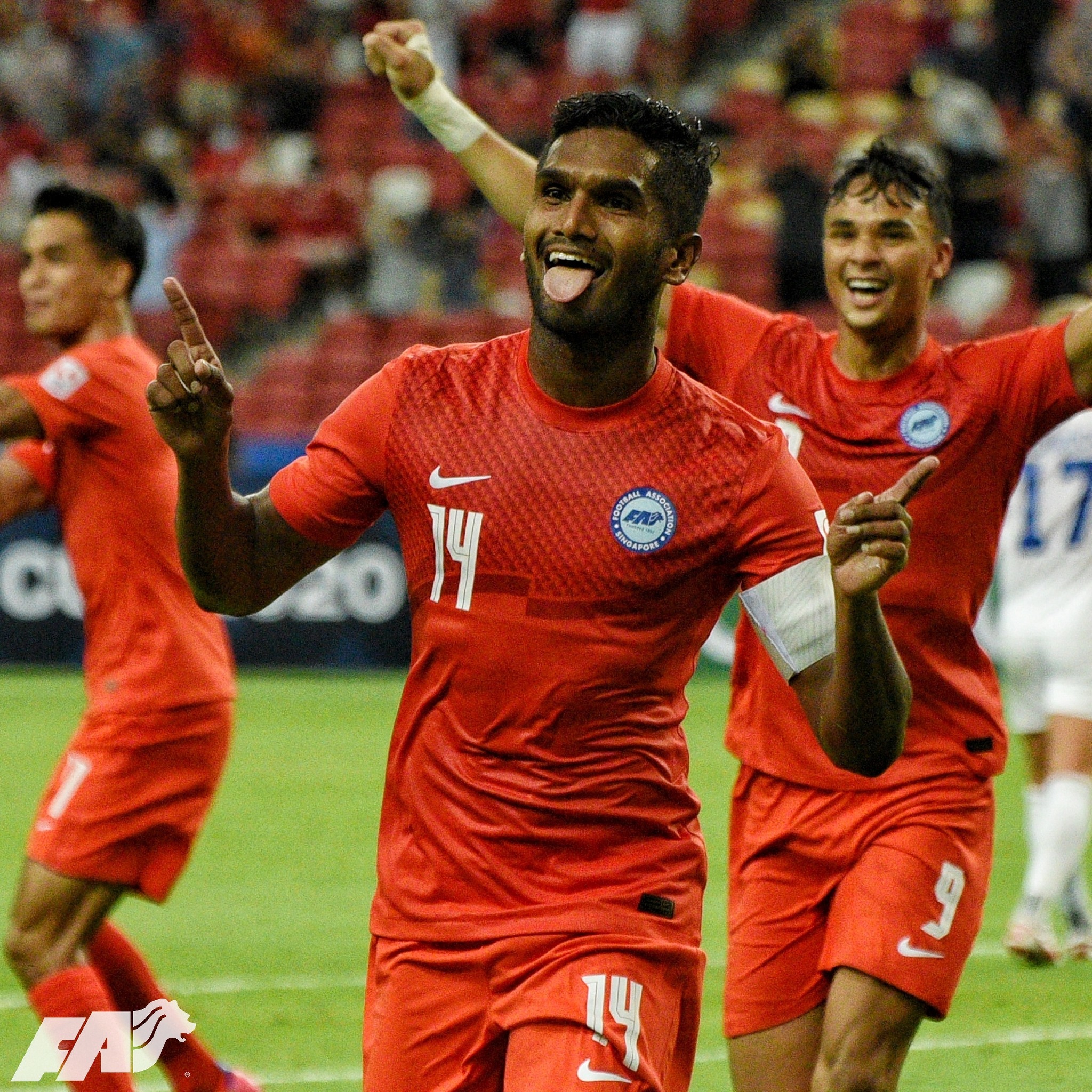 Lions' Coach Tatsuma Yoshida brought on Song Ui-young on the hour mark, to help provide more attacking options. And within 2 minutes of his appearance, the fans finally had something to shout and celebrate. Despite losing Gabriel to an injury, the home side took the lead via a set-piece. Zulfahmi Arifin’s corner was knocked on by Safuwan Baharudin into the path of skipper Hariss Harun, who made no mistake from close range. 1-0 to TeamSG!

Before the fans could sit down and recover from Hariss' goal, the Lions scored again! Just 2 minutes later after the opener, Zulqarnaen Suzliman did very well to beat his marker at the halfway line to sprint down the flank. He crosses the ball to Faris, who'd timed his run perfectly to meet the cross and the Lion City Sailors winger tapped the ball in from close range for Goal No 2! 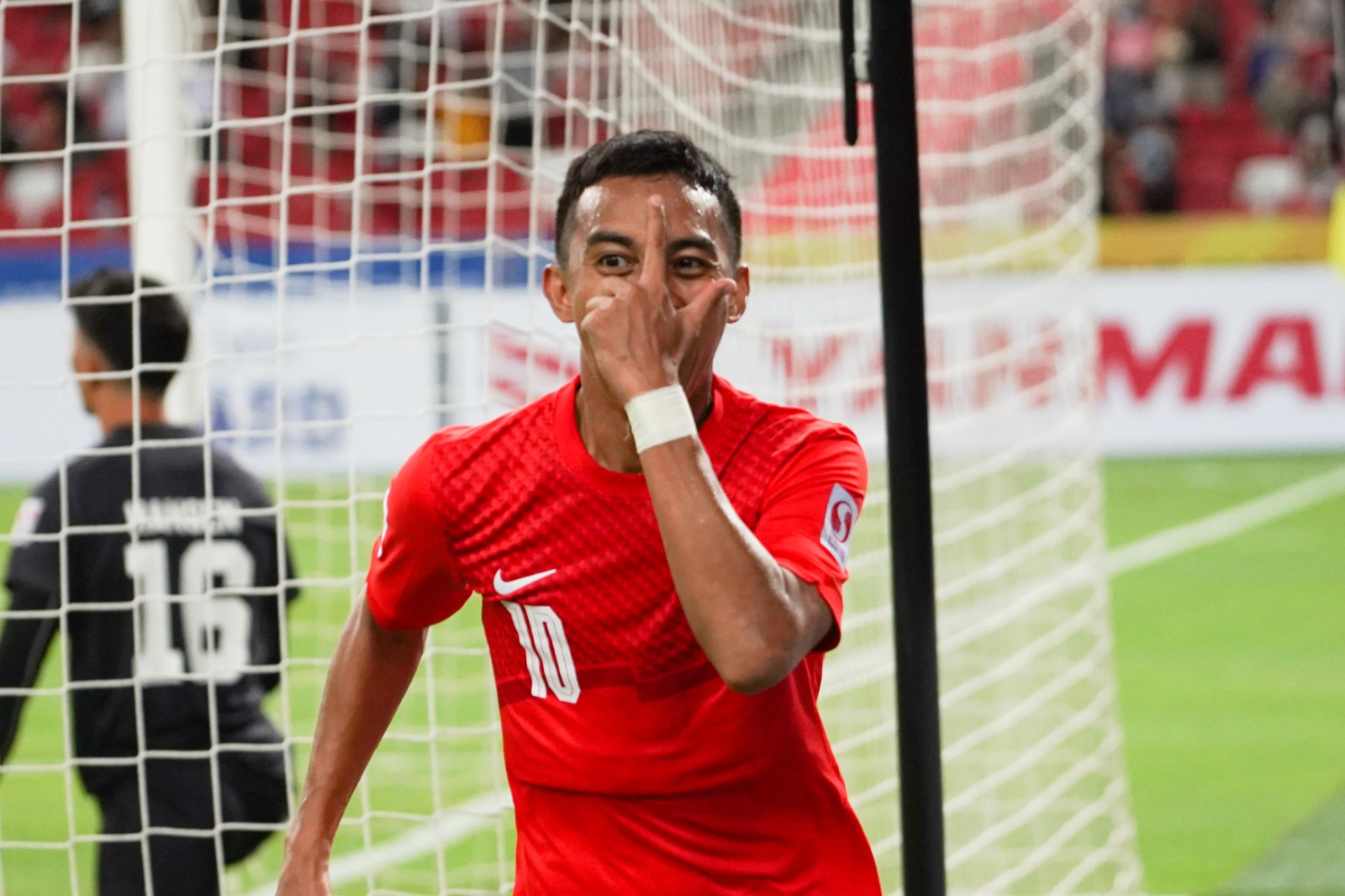 With a 2-0 lead, Singapore took their eye off the ball for a few minutes and that allowed the Philippines to pile on some pressure. After winning a corner, Kevin Ingreso’s resulting cross found the head of Amin Nazari at the near post. He rose higher than his marker to guide the ball past Hassan. It's 2-1 after 69 minutes! 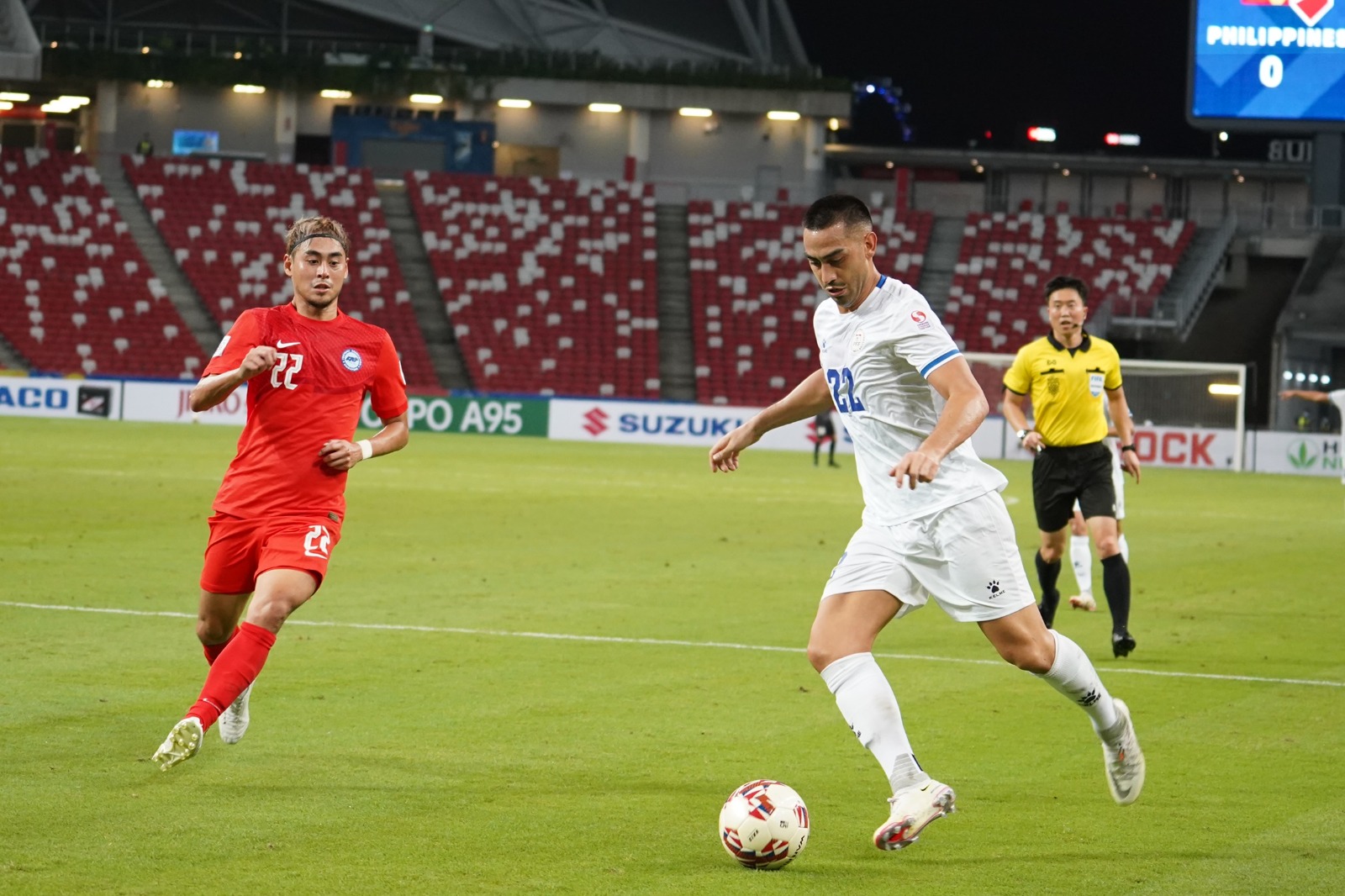 The home side had a change of tactics at this point, slowing the pace of the game once more – by not forcing the attack. The visitors made a double change, introducing Mike Ott and Oskari Kekkonen, with the intention of getting the equaliser, and Singapore did the same to prevent that — bringing on Shahdan Sulaiman and Iqram Rifqi.

The home side had to hold their ground as the Philippines continued to push more men forward, in search of the crucial equaliser. But TeamSG defended till the final whistle to finish the game 2-1! 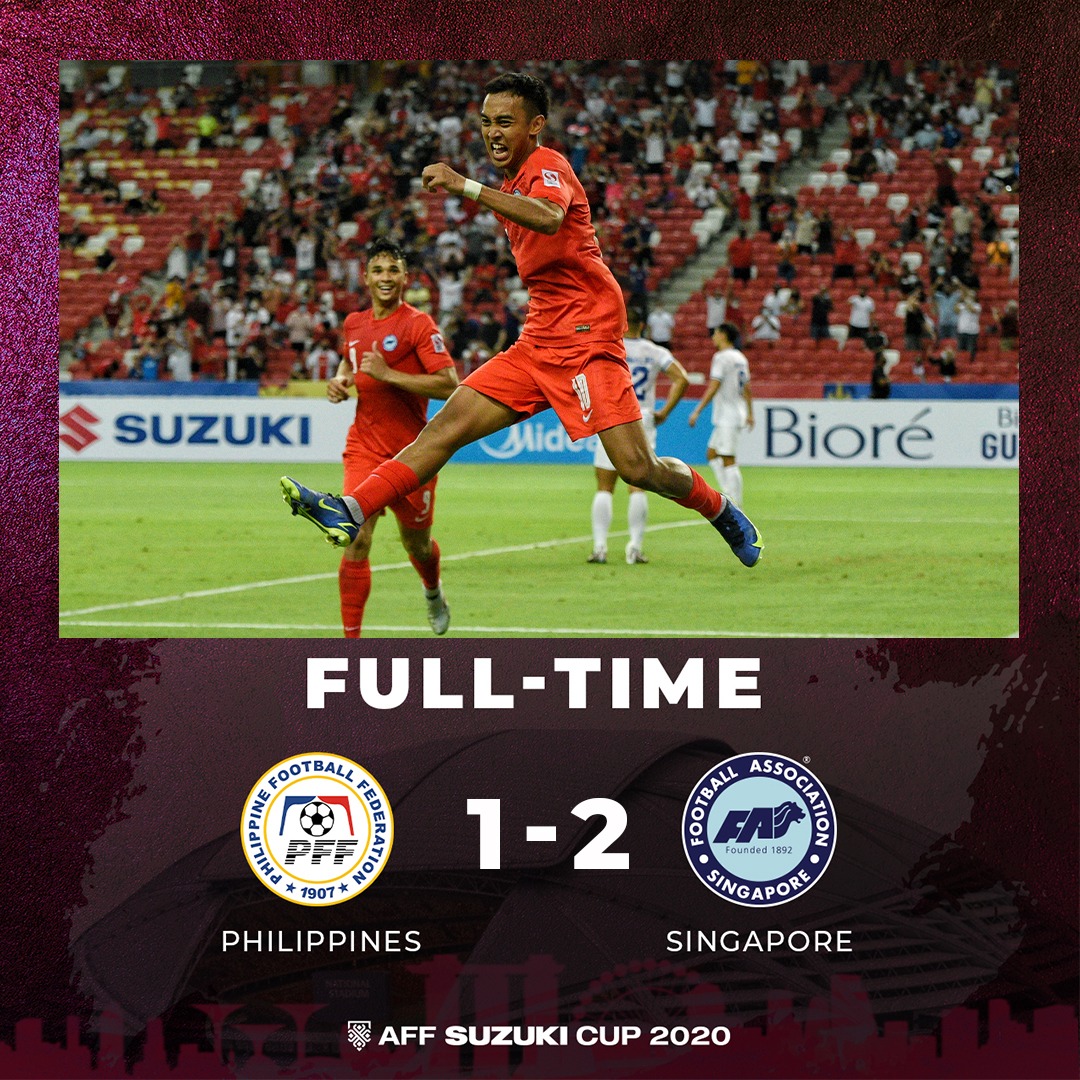 With the win, Singapore sit atop Group A with 6 points while the Philippines are 4th, after playing their 1st match. Our Lions will meet Timor Leste on Tues (14 Dec) and a win will surely guarantee Singapore's return to the Semi-finals, for the 1st time since 2012! In yesterday's other Group A match, Myanmar defeated the Timorese, 2-0. 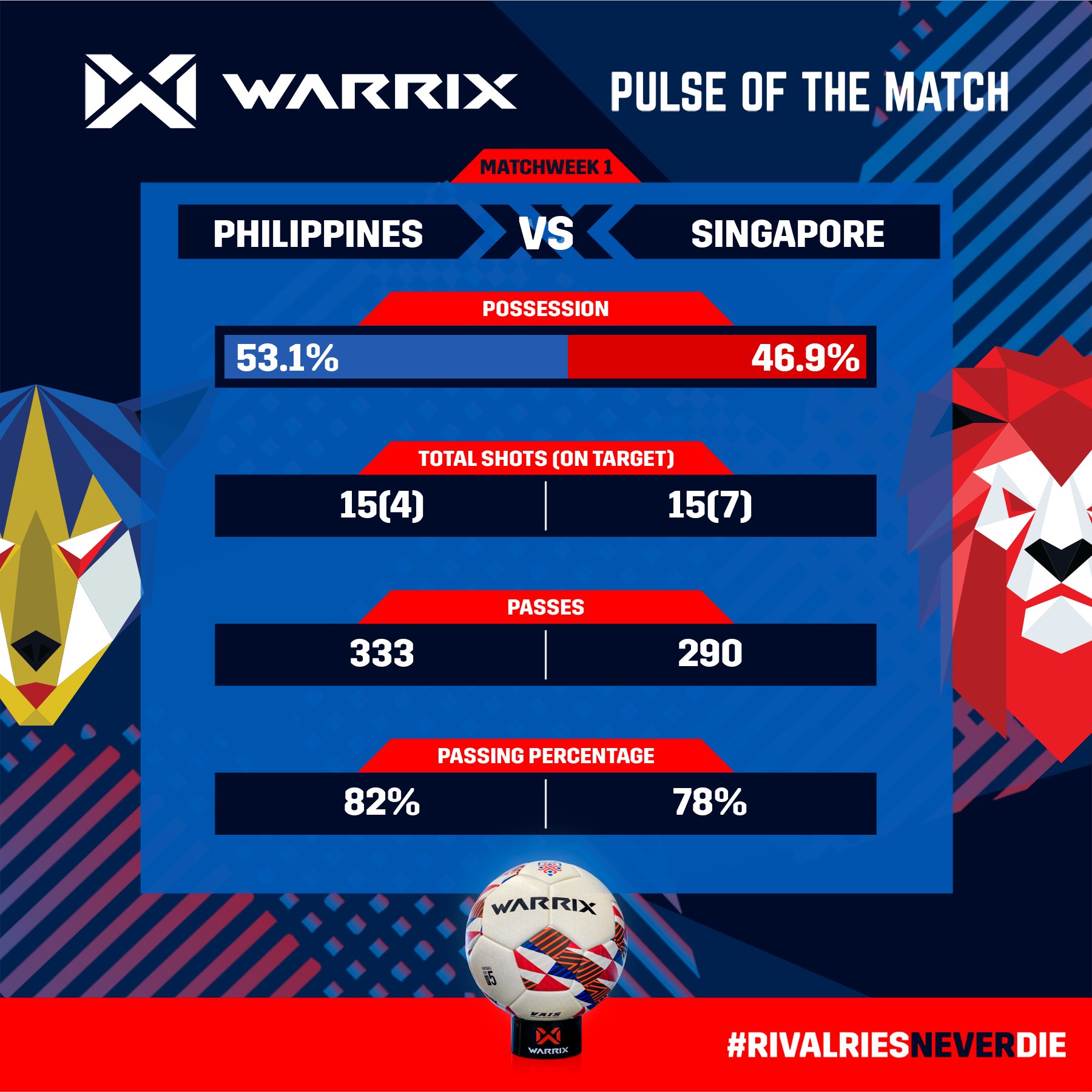 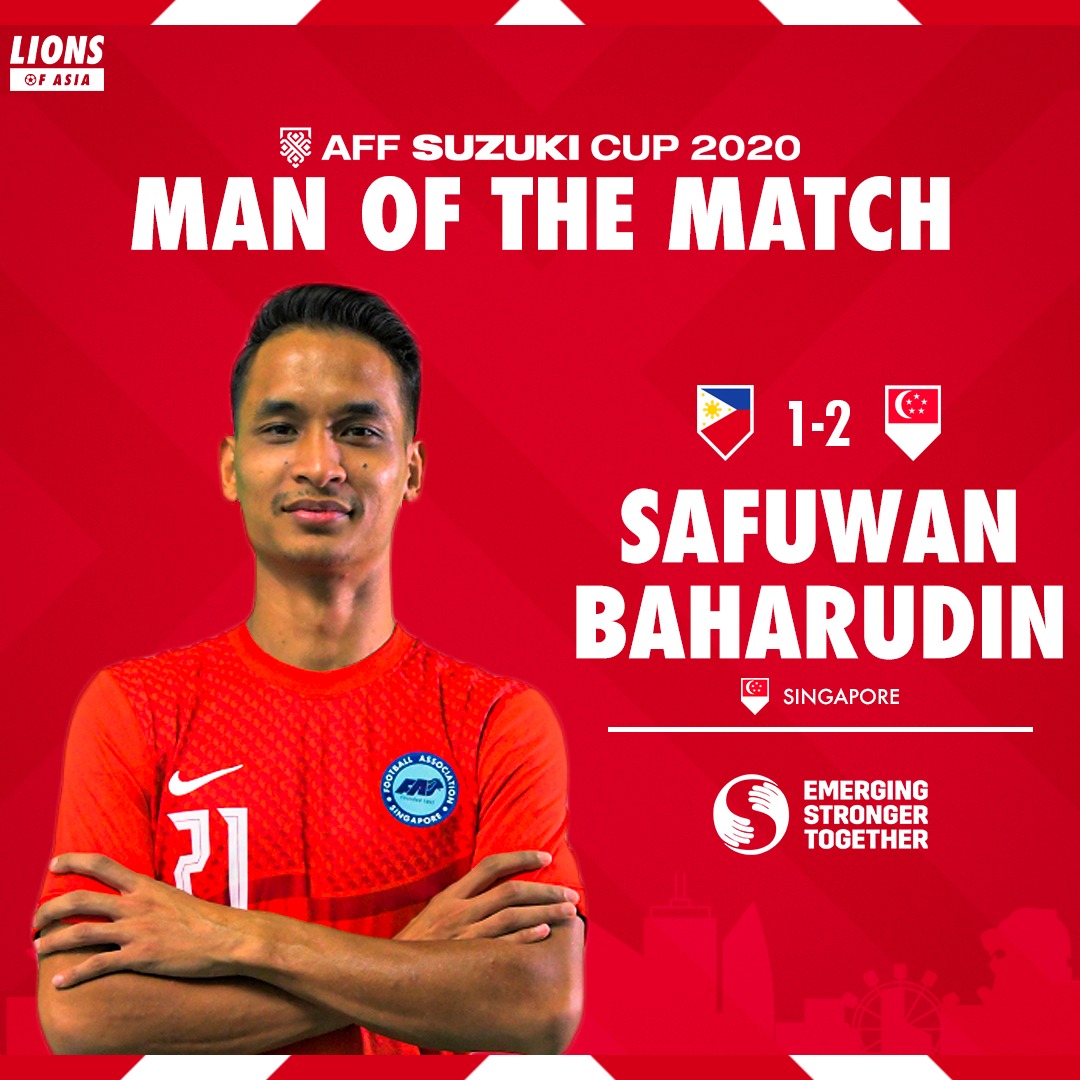