The Football Association of Singapore (FAS) today announced that former international, Stephen Ng has been appointed as the new head coach of the Women’s National Team, and will serve for a two-year term. He was selected from more than 160 applicants, which included both locals and foreigners.

In addition to his comprehensive coaching experience, Stephen is an Asian Football Confederation (AFC) coach educator and has also attained the AFC professional coaching diploma, which is the highest level of coaching accreditation issued by the AFC. He spent a total of six years at the Brunei FA, during which time, he notably helped to develop women’s grassroots football by providing support for women's coach education, including organising women's grassroots school festivals as well as conducting coaching courses for women coaches. He cited his passion towards helping to develop women’s football as a key factor in the taking up of his current role at FAS. 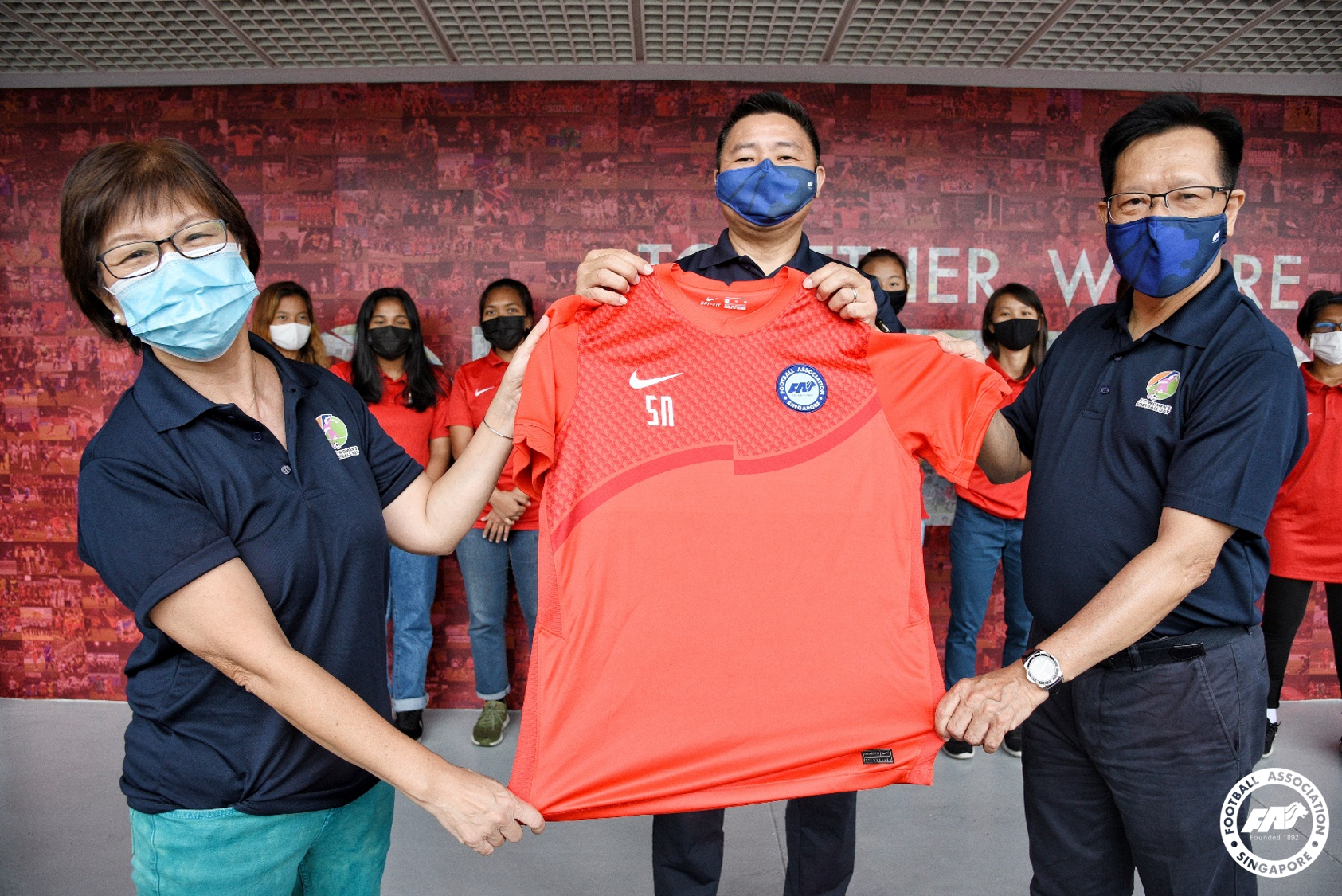 “I can see so much potential in women’s football in Singapore, and I wanted to be able to do something about it and contribute in my own way. As a coach who is passionate about local football, being appointed as the Head Coach of the Women’s National Team represents the biggest opportunity for me to effect change and I am both honoured and proud to have been selected” said as the ex-Lions custodian.

On what he hopes to achieve from his latest stint, Stephen said, “I am looking to develop our women players so that they can compete at the regional and international level, and I also hope to be able to grow the number of women coaches with the best understanding of coaching education in order to accelerate the development of our female youth players. There will be two pyramids that has to be concurrently developed, one of which is for elite players and the other for amateur players, so that we can build on the pool of players we have in the women’s football scene. The methodology to focus on would be structuring training programmes specifically for longer-term development, whereby we have to zero in on the techniques of our players and help them to build strong fundamentals, whilst ensuring added involvement for individuals who are passionate about women’s football.

“I intend to build on the results of people who have contributed to our women’s national teams in the past and work hard to create a prominent presence for us both in Southeast Asia and subsequently Asia in the years to come” added Stephen.

On this latest appointment, FAS Technical Director Joseph Palatsides added, “I am looking forward to seeing what Stephen will offer in terms of his coaching acumen, which I believe will tie in with our overarching football philosophy. Our decision to include an ex-international in the FAS coaching set up is also part of our plan to further develop capability, an important stepping stone in the development of local football, in both the men’s and women’s games. Stephen’s experience spans the full spectrum of youth, grassroots as well as elite level of coaching, and I am confident he will be able to utilise this to elevate our women’s football in their overall development.”

On the local front, Stephen has had experience coaching at youth level as well, being the Singapore Under-14 coach back in 2013. During his 15-year playing career as a goalkeeper, he turned out for Sembawang Rangers FC, Tiong Bahru United as well as Gombak United during the then S-League and was also a member of the Singapore National Team.

Stephen is set to lead the Women’s National Team through competitions such as the AFC Women's Asian Cup 2022 Qualifiers Round 1 that is set to take place from 13 to 25 September, AFF Women's Championship 2021 (August/September) as well as the 31st SEA Games in Vietnam (November). 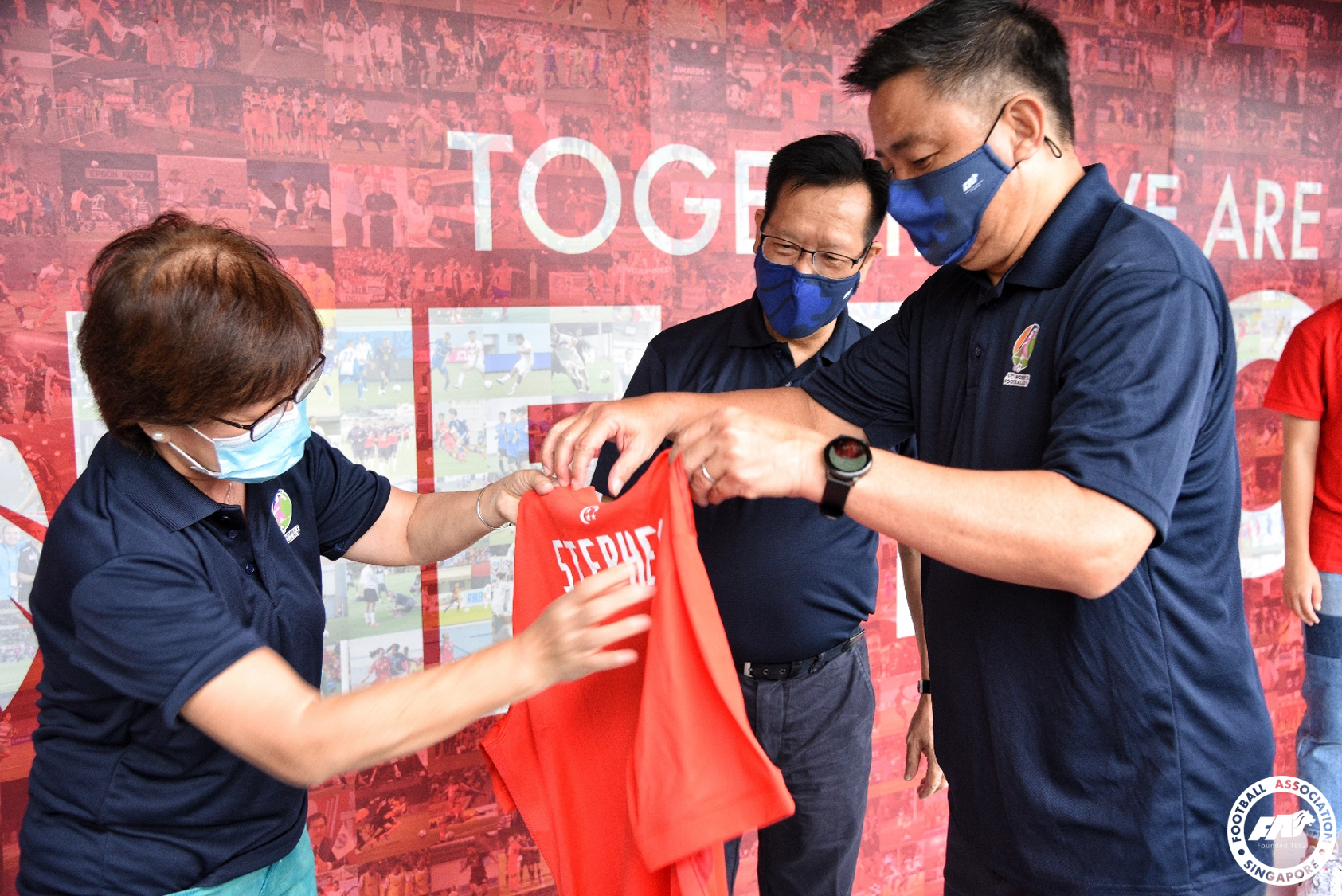 The announcement of Stephen’s appointment coincided with the AFC Women’s Football Day celebrations, with Guest-of-Honour Denise Phua, the Member of Parliament for Jalan Besar GRC (Kampong Glam), gracing the event at the Jalan Besar Stadium. In a special segment of the event, she presented a national jersey to the newly appointed Head Coach, together with FAS President Lim Kia Tong.

An annual event that started in 2015, the AFC Women’s Football Day continued this year for the seventh year running despite the strict Covid-19 restrictions in place. To accommodate safe distancing measures, the event format was customised to suit the requirements of the maximum group gathering of eight individuals. As such, there were five different mini-tournaments featuring small groups of players of different age groups in two-versus-two, three-versus-three, and four-versus-four formats.

Held in conjunction with International Women’s Day, the event aims to involve individuals within the women’s football fraternity to foster a greater sense of inclusivity. Ahead of the upcoming season, it also served as a curtain-raiser where all age groups participated. In the first half of the day, girls from the Under-7, Under-10 and Under-12 categories took part in three respective mini tournaments with a winner emerging from each category.

In the mini tournaments for the Under-7, Under-10 and Under-12 categories, the respective winners were Team Olaf, Tinker Bell and M.T.S. Team Olaf is represented by Emma Yussof and Joanne Seet, Tinker Bell consists of Nur Aliyah Irdina, Amelia Tan Si Ling and Qsyaira Emelda while M.T.S. is represented by Mysha, Tyan and Syaizta.

Although the event concluded without the special mini-tournament for ex-internationals due to inclement weather, it capped off a significant day for women’s football as its main objective of celebrating women was met. The final segment of the day was the Mothers’ category, where some friendly competition took place between the mothers of the women football players.

Julie Teo, Head of Grassroots and Women’s Football at the FAS, said, "Since its inception in 2015, the FAS has supported the AFC Women’s Football Day in various ways to celebrate the women in football, whilst not forgetting our male champions who are advocates for the cause as well. We have had festivals and event forums in previous years but this year is especially significant as we commemorate it in the midst of a pandemic after almost a year devoid of football activity.

While we had to limit the participation numbers this year as a result, the strong enthusiasm and dedication shown by everyone who took part today clearly showed their passion and love for the game.”