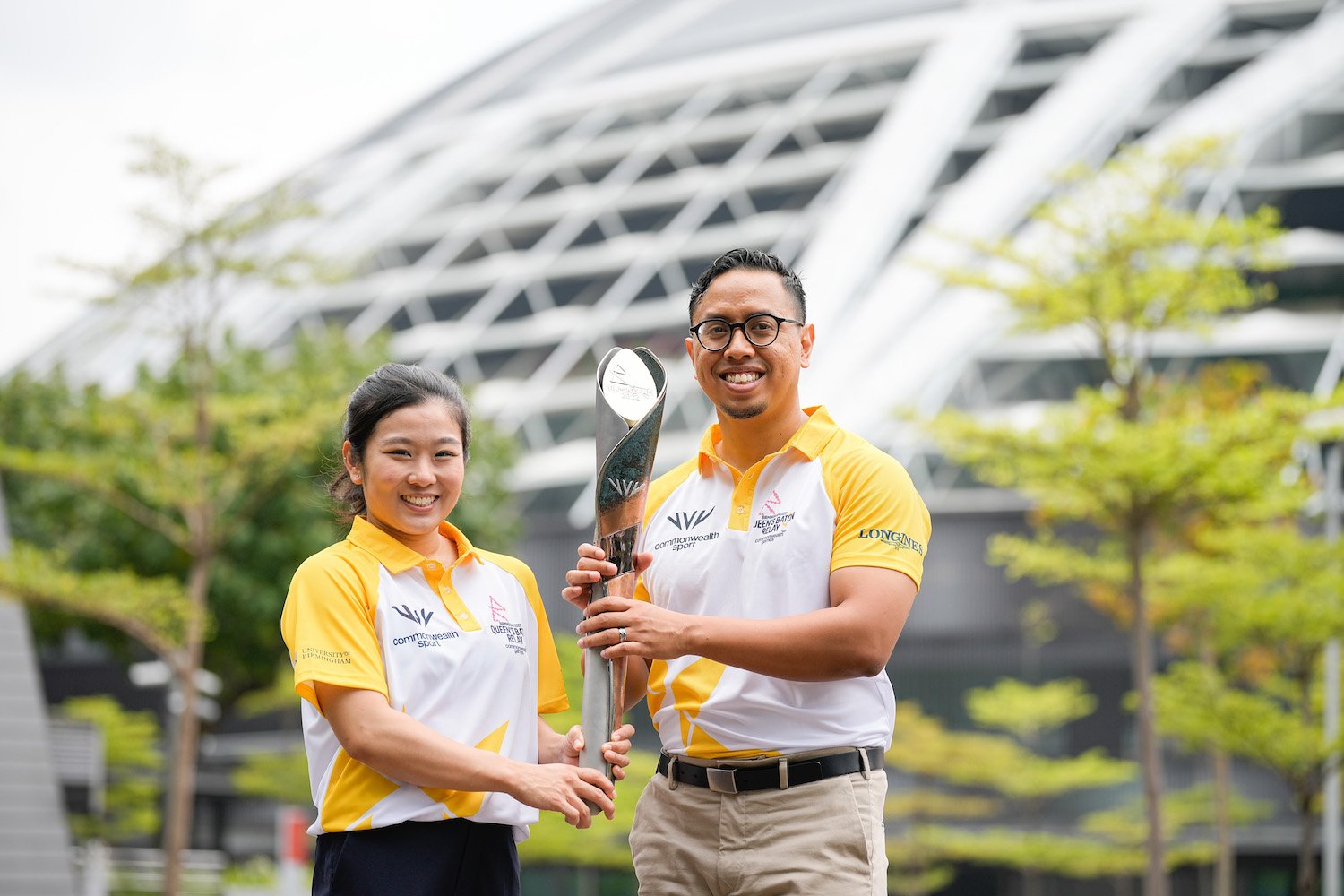 Singapore, 17 January 2022 – The Commonwealth Games Singapore (CGS) announced today, the appointment of Olympian gymnast Lim Heem Wei (32) and Amirudin Jamal (34) as the Chef de Mission (CDM) and assistant chef de mission to Team Singapore at the Birmingham 2022 Commonwealth Games (CWG). The 22nd edition of the Games will be held in Birmingham, England from 28 July until 8 August 2022. The appointments of the 2 former TeamSG athletes were announced by the CGS, as the Queen’s Baton Relay starts a three-day tour around Singapore today.

Heem Wei, a national coach to the Singapore’s women artistic gymnastic team, served as the assistant chef de mission to Olympian swimmer Mark Chay at the Gold Coast 2018 Commonwealth Games. She made history in 2012 when she became the first Singaporean gymnast to compete at the Olympic Games. She competed at the 2010 and 2014 editions of the Commonwealth Games, winning a silver medal in the balance beam in 2010. Heem Wei also serves on the Commonwealth Games Federation’s Athletes Advisory Commission since 2018.

“The 2010 and 2014 Commonwealth Games were defining moments in my career as an athlete. Being able to return to the Games as chef de mission is a tremendous privilege. I wish all athletes who are aiming to qualify for the Games all the best and look forward to working with them and their respective national sports associations in their preparations. I am also very pleased to have the support of Amirudin, my fellow Team Singapore teammate who was in the same 2010 and 2014 Commonwealth Games contingent,” said Heem Wei.

“I’m excited to be able to be part of the Commonwealth Games again and to be part of the Queen’s Baton Relay in Singapore. I hope I’m able to bring my experience as a former national athlete and educator to support Team Singapore in Birmingham,” said Amirudin.

Team Singapore is allocated a quota of 52 athletes (excluding certain sports which require qualification and team sports) set by the organisers with the CGS revealing the first slate of athletes in April 2022. The Commonwealth Games will feature 283 events in 20 sports including an integrated para-sport programme. At the Gold Coast 2018 Games, 59 athletes represented Singapore in 11 sports where the contingent clinched a total of 5 gold, 2  silver and 2 bronze medals.

The Queen’s Baton Relay in Singapore

The Queen’s Baton Relay is a Games tradition that celebrates the Commonwealth’s diversity. The Queen’s Baton, which carries a message from Her Majesty The Queen, arrived in Singapore from India as part of its journey to the Birmingham 2022 Commonwealth Games. And over a three-day itinerary, the Baton will visit landmarks such as Jewel Changi Airport, Chinatown and Marina Barrage. During its time here, it will be carried by Baton bearers including athletes who are aspiring to qualify at the Birmingham Games and representatives of the sporting community. The Queen’s Baton will depart for Malaysia on 20 January.