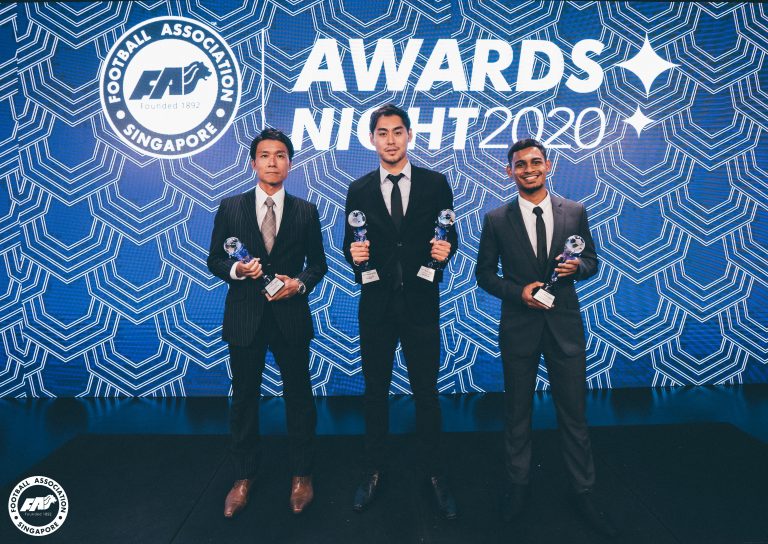 Gabriel Quak has come a long way since he started his professional career with the Young Lions in 2008. He then joined the LionsXII for the 2013 Malaysia Super League season and made his debut against PKNS on 15 Jan 2013. The well-travelled footballer has also plyed his trade overseas with Thai League 1 side Royal Thai Navy, and went on trial with J2 side Matsumoto Yamaga.

After Singapore-based digital group Sea assumed full ownership of Singapore Premier League club Home United in Feb 2020, the club was renamed to Lion City Sailors. The club then proceeded to splash the cash on a host of star names, including a certain Gabriel Quak.

And now it seems that the stars have aligned for this homegrown talent who was named the SPL Player of the Year at the FAS Awards Night 2020 recently. Quak, 29, who finished as the top local scorer with five goals and made the most assists in the league with seven, was delighted with his win.

He said: said: “It is an incredible feeling... this dream begun in 2008 actually, when I started playing with the Young Lions. I attended the Awards Night (that year) and saw Aleksandar Duric (Player of the Year) and Khairul Amri (Young Player of the Year) pick up awards, so I thought to myself, 'I hope to be (up) there one day'. So today was really surreal, you know; like this (dream) is now a reality. So, it is probably gonna take a while to let it sink in... I think each team (I have been with) and each year (I have played) has given me different experiences and lessons; the people I have worked with... (have) taught me different things and helped me to grow stronger mentally and as a person, which I think (has) contributed to who I am today. I definitely also want to thank my family, my wife especially, for their sacrifices; without them, I am actually nothing (and) it is because of them that I can focus on what I do.”

While Quak took home the coveted AIA Player of the Year gong, his team-mate Saifullah Akbar was named AIA Young Player of the Year. The Singapore Pools Coach of the Year award went to Keiji Shigetomi of champions Albirex Niigata FC (S), while Geylang International FC striker Khairul Nizam took the Mitre Goal of the Year accolade for his sensational long-range rocket against Tampines Rovers FC on 7 November. With 14 goals to his name, Sailors striker Stipe Plazibat finished as the AIA Top Scorer.

Due to current safe-distancing measures, this year’s event was attended only by relevant personnel, such as all award recipients, presenters and essential event crew. As with previous years, the Awards Night was streamed “live” online in order for fans to follow the night’s proceedings.

Circle News congratulates all winners from the FAS Awards Night 2020. Well done lads and let's look forward to more fantastic football action from the SPL in 2021!