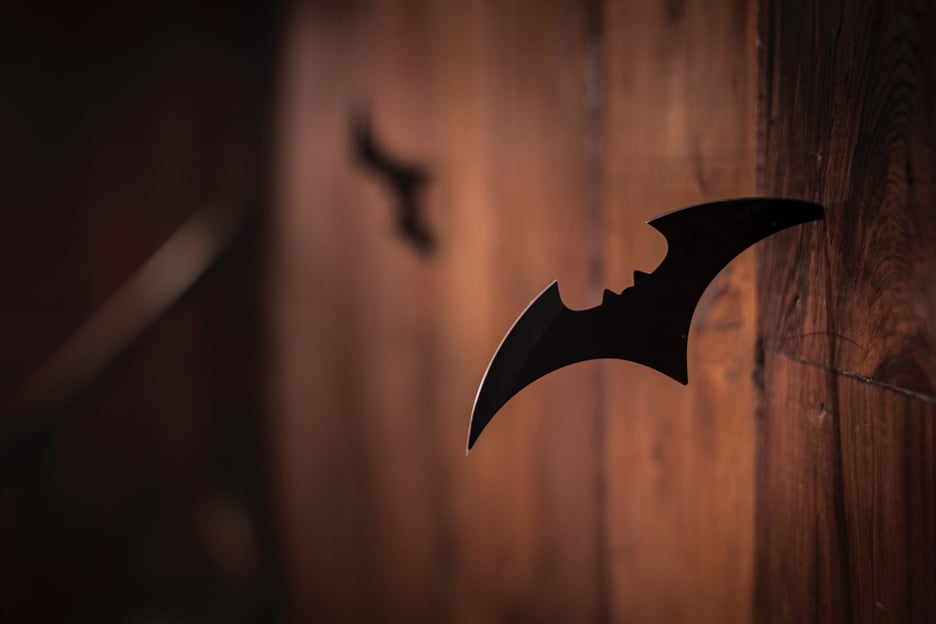 Fan or not, it is pretty hard to deny Bruce Wayne (aka Batman), as the embodiment of peak, unadulterated physical human condition. From going toe to toe with juiced up villains like Bane, to taking out the roughest elements of Gotham City night after night, all of these require exceptional amounts of physical prowess, skill, and dedication. It wouldn’t be a stretch to say that kids all around the world dream to be as powerful as Batman when they grow up (hopefully this isn’t because he is also a billionaire playboy in his Bruce Wayne persona).

Regardless, Bruce Wayne wasn’t born as a reincarnation of Kratos. To achieve and maintain his physical superiority as Batman, a demanding training regimen is necessary. Here, we take a look at what official sources have to say about the notorious Batman’s fitness routine.

Batman’s rogue gallery is in no shortage of juggernauts, such as the aforementioned Bane, or even the deus ex machina that is Clark Kent (Superman) when the story calls for it. Strength is definitely needed for Batman to be able to face up to these superhuman adversaries.

Although Bruce Wayne weighs in at about 95 kilograms of pure muscle, he doesn’t prioritize weight training over everything else. There is, however, still a huge focus on big and explosive lifts. Bruce would prioritize powerlifting movements and compound lifts such as bench presses, squats, and deadlifts; with some explosive training added in around those.

What the enemy cannot bring in quality, they make up for with numbers. Good reflexes are therefore key to helping Batman cope when thrown into a horde of hostile mobs, from the lumbering everyday goon to fast femme fatales to private military organizations.

Much of Bruce Wayne’s rapid reflexes stem from his martial arts training across multiple disciplines, where he combines what he needs from each style into a personal blend that allows him to handle foes at varying ranges. A kick-oriented style like taekwondo or karate is used when the foe comes into range, before switching to kickboxing and jujitsu as the distance shortens.

Regardless of the foe, a typical Batman night can be long and draining. Sometimes, fights come one after the other in rapid succession. As such, stamina and endurance become key to helping Batman tough out the night and many more to come.

Bruce Wayne keeps his cardiovascular system in tip-top shape by incorporating runs and swims of up to an hour, once or twice a week. To him, these are meditative exercises that allow him to refresh his mind. Considering his very physically active “lifestyle”, these are the least demanding activities for him.

Batwing and Batmobile aside, Batman’s main mode of travel requires a great deal of leaping, balancing, and jumping. This also applies to chase sequences in areas where operating his two vehicles would be impractical.

In this regard, Bruce Wayne could learn a thing or two from his first protege, who just so happens to have a strong background in circus acrobatics before being taken under Batman’s wing.

A key component of Batman’s infiltration strategies involves the traversing of narrow and winding ventilation systems. This necessitates ample flexibility so that Batman can better navigate those bends and drops to get into a striking position.

Bruce Wayne incorporates stretches and some yoga moves into his routine, which has the added benefit of helping him to stay as injury-free as possible. This essentially means that the only way to end his night prematurely is reduced to shooting or stabbing, and never a twisted knee.

Granted, we can’t be expecting a typical salaryman to have the time, energy, or resources to get to Bruce Wayne’s level. Neither are we encouraging readers to adopt Bruce Wayne’s vigilantism as their way of life.

As an in-between, we’ll next take a look at a “successful” regime that a certain individual took to become the Batman. Robert Pattinson has not really been considered a physically active guy, at least until he became the latest live-action Dark Knight. His experience of regaining missed physicality despite struggling with body dysmorphia can be an inspiring story to some.

It is a regular 5-minute cardio workout that is followed by circuit training consisting of bicycle crunches, dumbbell side-bends, double crunches and Superman holds.

Like Bruce Wayne, Pattinson runs as part of his fitness regime. He does so more frequently, running five to ten kilometres three to four times a week.

New to running? Check out the event listings for runs you can register for!

Pattinson has been spotted doing (American) military-style sandbag routines on the beach - i.e. doing athletic full body movements while holding a sandbag. This trains the body to move dynamically in every plane of motion.

While the sandbag is a great tool for such exercises, it is not necessarily the best one. Readers who are interested in trying it out for themselves can opt to substitute it with kettlebells and barbells instead for their higher accessibility.

The actor cut down on alcohol and stripped back on processed meat and fried food as a way of accelerating his physical transformation.

Limiting alcohol consumption is a great first step for anyone looking to make their own physical transformations. Studies have found that, while alcohol does allow healthy people to fall asleep quicker and sleep more deeply for a while, it also reduces rapid eye movement (REM) sleep. This means that you wouldn’t be recovering as well from your workouts as you could be if you cut down on the drinking. Shedding the alcohol also eliminates empty calories from your diet, so you’d be killing two birds with one stone!

Robert Pattinson isn’t the only live-action Batman to have gone through a successful physical transformation, nor is his regime the best or only Bible for fitness building. In fact, we have multiple instructor buddies on Watch, all eager to help you get fitter and healthier! Nevertheless, it is good to learn from proven case studies to adapt what works for you into your personal routine. All the best in becoming the Batman of your local gym!