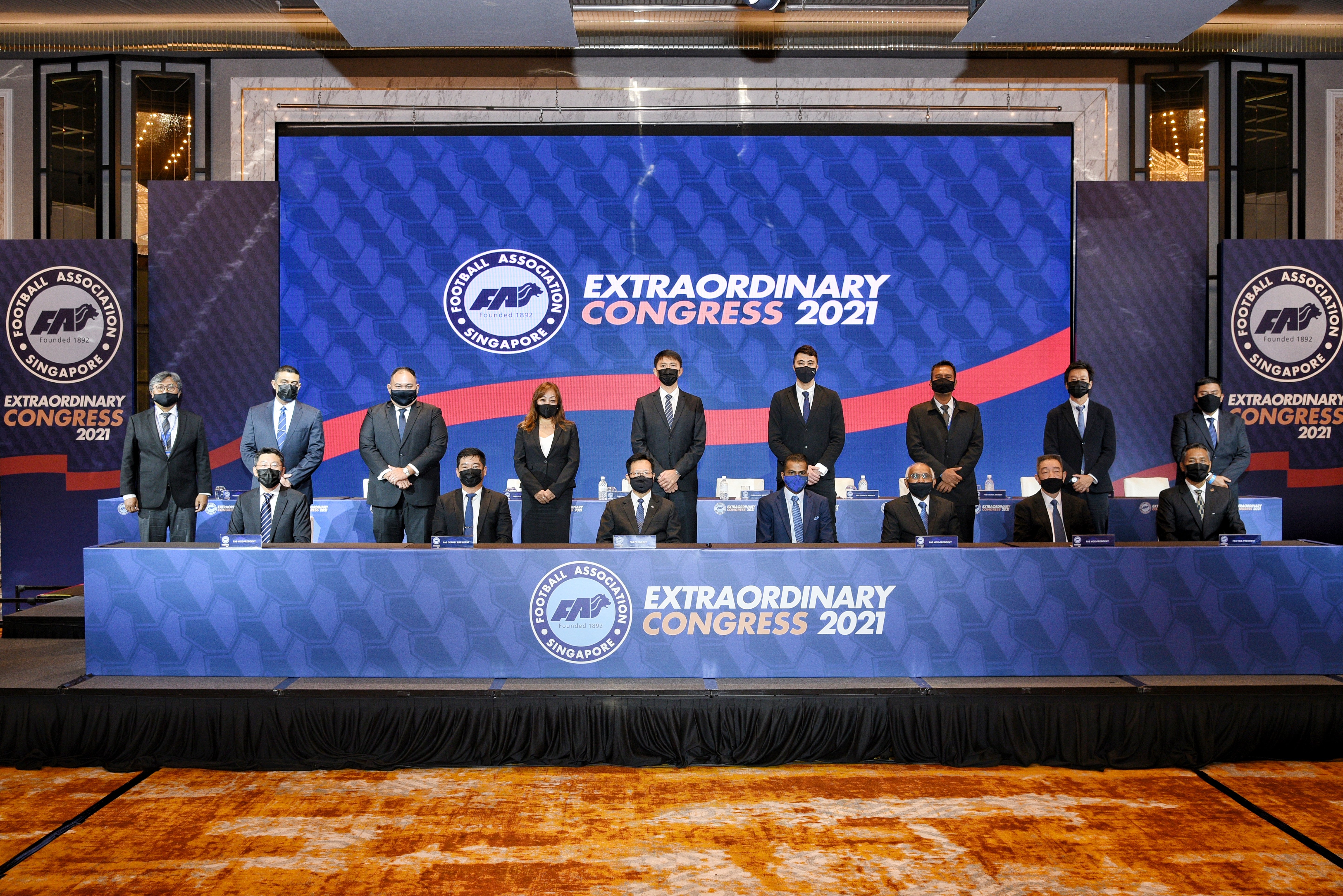 Incumbent Football Association of Singapore (FAS) President Mr Lim Kia Tong has been re-elected to the position for a second four-year term in the election of the FAS Council held last night at the FAS Extraordinary Congress. Mr Lim was elected alongside eight other candidates of Team LKT on a Slate Basis.

Mr Lim noted: “I am extremely humbled to be re-elected, although unopposed, as your President and I assure you that we (the FAS Council) will be the true servants of Singapore football and we will live up to the trust and confidence that you have placed in us. We will continue to work and leverage on the action and progress we have made in the last four years, as well as to take stock and review matters that require improvements for the betterment of our football.

“The football work cannot be done unilaterally by the Council and the administration. All of us must, collectively as a Singapore football family, be united to achieve the shared vision for football excellence at all levels.”

Ms Teo Chwee Lian Julie – the only female candidate – was voted in uncontested on the Individual Basis according to Article 35.1 of the FAS Constitution. The remaining five Individual seats were filled by Mr Harman Bin Ali, Mr Lim Tong Hai, Mr Mohammad Darwin Bin Jalil, Mr Muhamed Rizal Bin Rasudin and Mr Muhammad Zaki Bin Ma’arof, who were voted in by the FAS Ordinary Members. At the beginning of proceedings, it was confirmed that 36 Ordinary Members were present and eligible to vote.

Follow us on Telegram for more sports news and updates.