With the closing ceremony of the 2022 ASEAN Para Games (APG) taking place tomorrow, Team Singapore was in a rush to win some medals, yielding 2 golds, 4 silvers and 2 bronzes on the final day of competition. 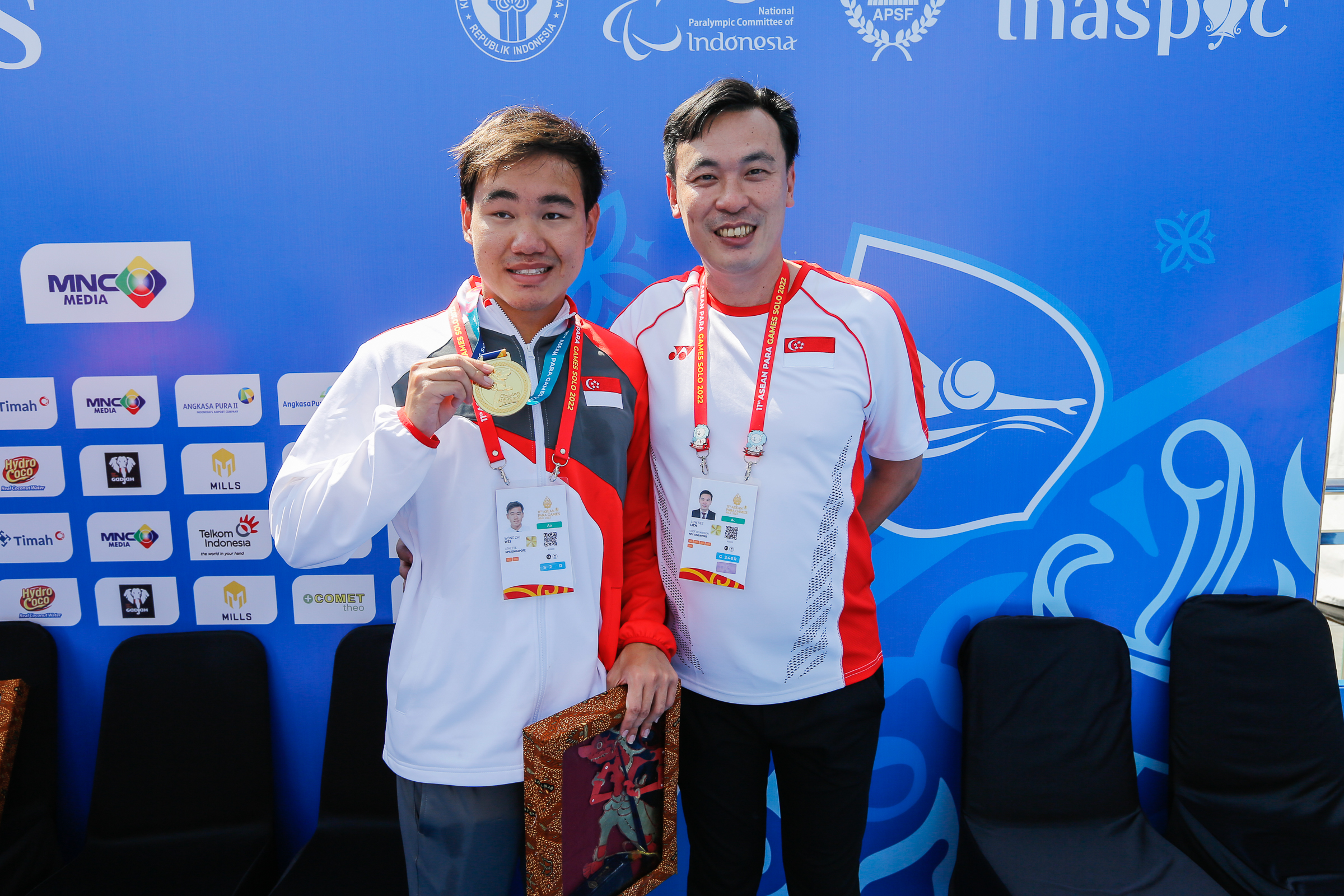 With most of the country’s medals coming from the pool this year, it was no surprise to see Wong Zhi Wei claim yet another gold, his second of the Games after finishing in 27.22 seconds at the Men’s 50M Freestyle S13 final. Like his first gold at the 100M Freestyle, Zhi Wei also broke the National Record and his personal best time in this event.

The 20 year old, who will head home with two golds and one silver, said, “I felt I earned back my prowess as an athlete because of my accomplishments and so I felt really glad to be able to bounce back from all these challenges and achieve a better timing and better results than my previous APG. I’m very happy with what I’ve done." 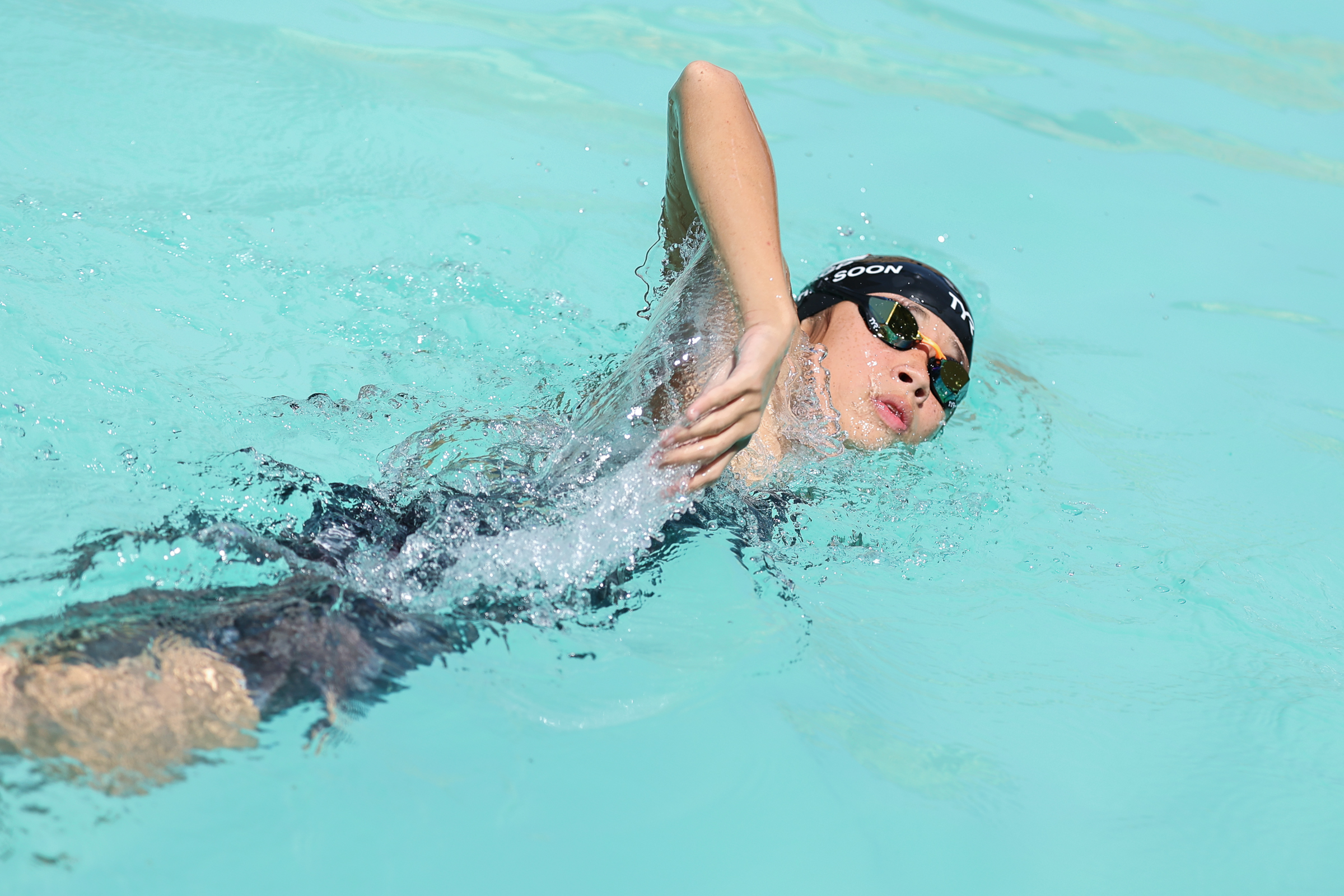 Meanwhile, the Soon siblings added silver medals to their haul. Colin finished second in the Men’s 50M Breaststroke SB12 final with a time of 33.67 seconds, while Sophie took silver with a time of 33.57 seconds in the Women’s 50M Freestyle S12 final. 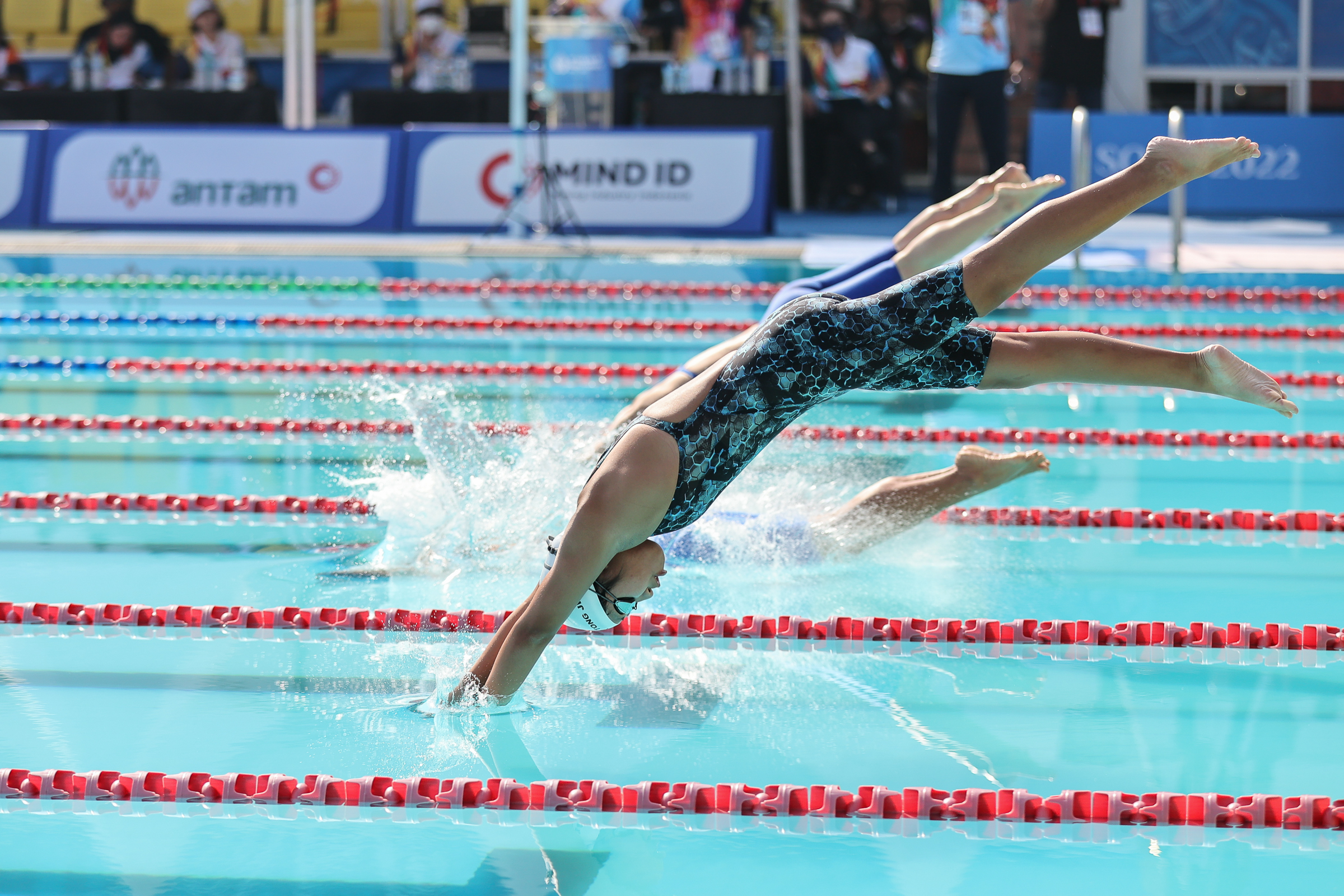 Danielle Moi added the cherry on a fruitful day in the pool for Singapore with a bronze in the 50M Freestyle S14 final, clocking in a time of 30.46 seconds. 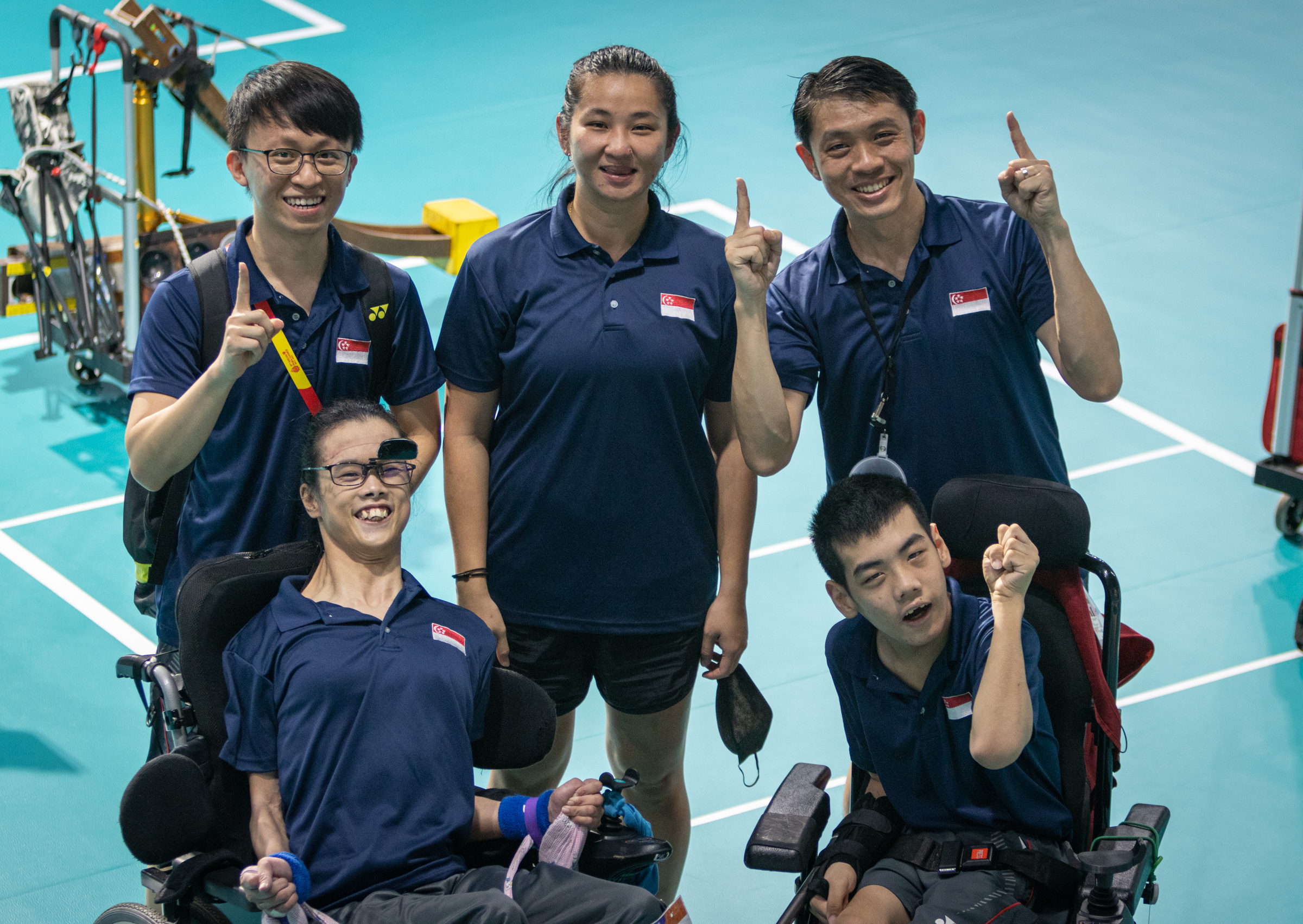 The second gold of the day came away from the pool in the Boccia Mixed Pair BC3 event, with Toh Sze Ning and Aloysius Gan beating Thailand 3-1 to finish first in the three-team round-robin. The pair have been partners since 2018 (Aloysius was just 11 years old) when they both took silver in the Tiger Balm Singapore Boccia Open and will be buoyed by their most recent success. 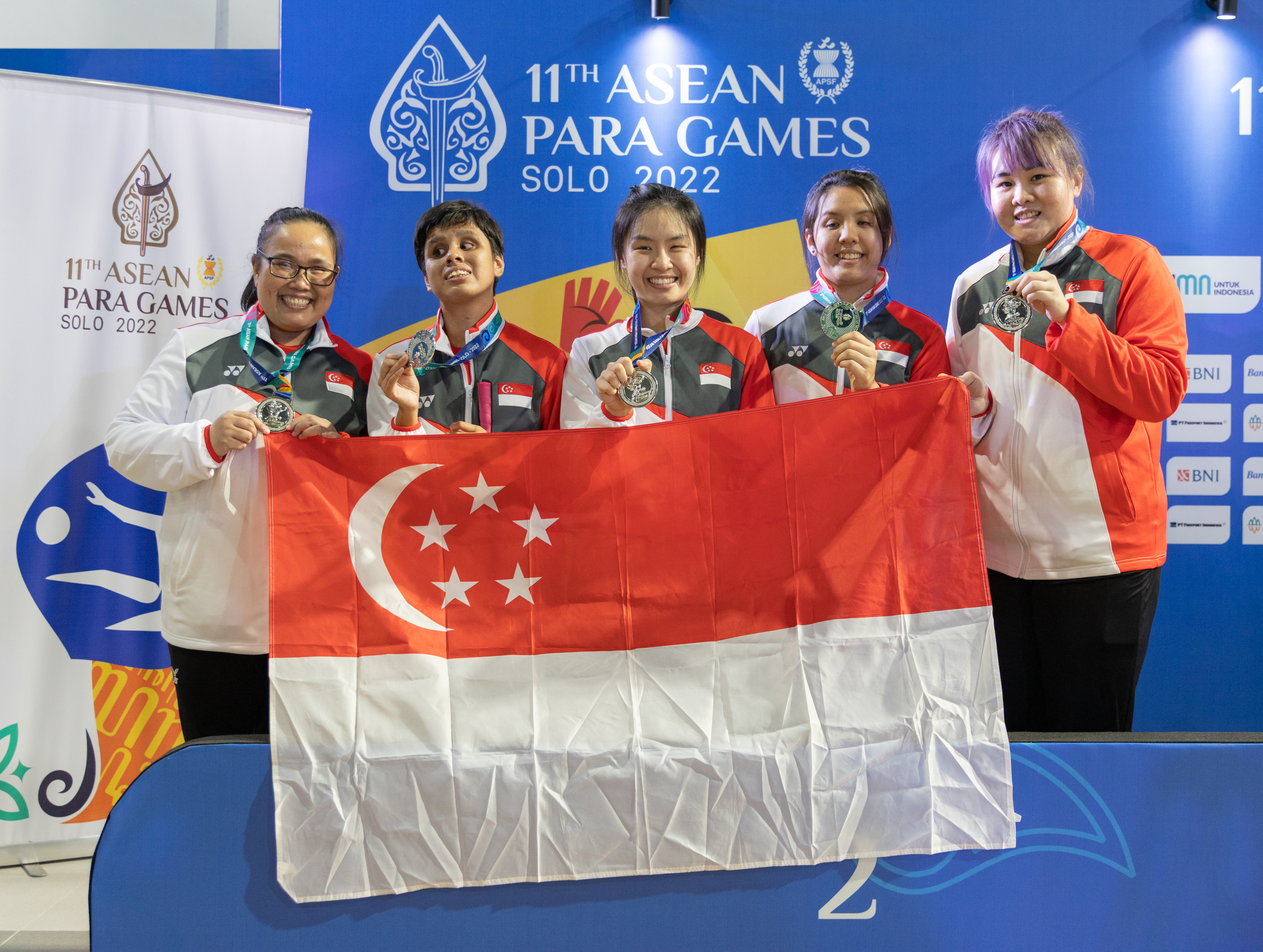 The women's Goalball team with their silver medals after the final against Thailand. Photo Credit: SNPC/Goh Si Wei

Over in goalball, Joan Hung scored the only goal in the women’s gold medal match against Thailand as Singapore wound up with silver after a 7-1 reverse. Joan and the team, inclusive of sister Inez Hung, will be looking to do better in their next outing. 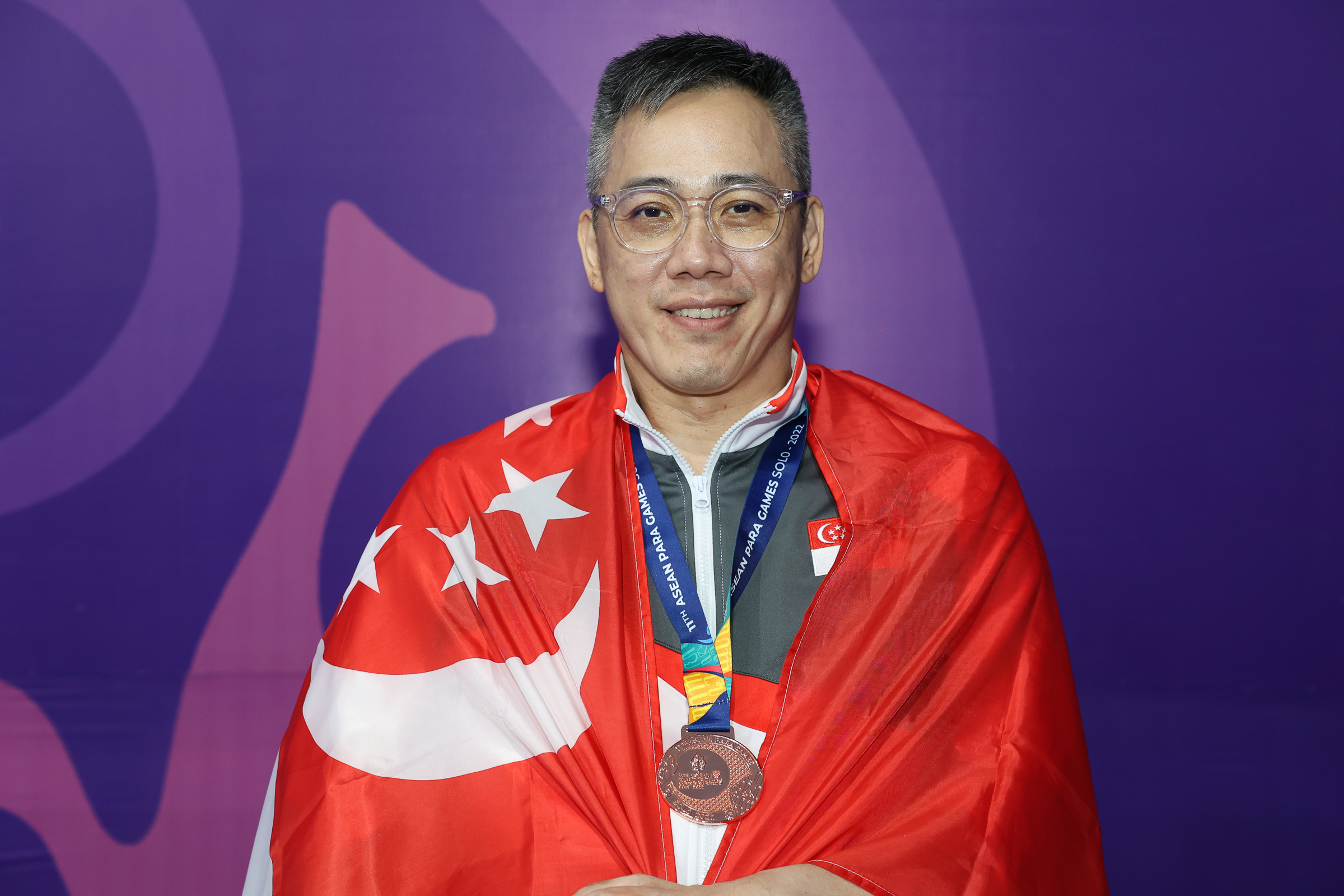 Eric Ting also added a bronze to the final tally in the Men’s Singles TT1-2 table tennis segment, finishing third out of 5.

And in Blitz Chess, Edwin Tan played five matches on the day, winning only one to settle for 9th place.