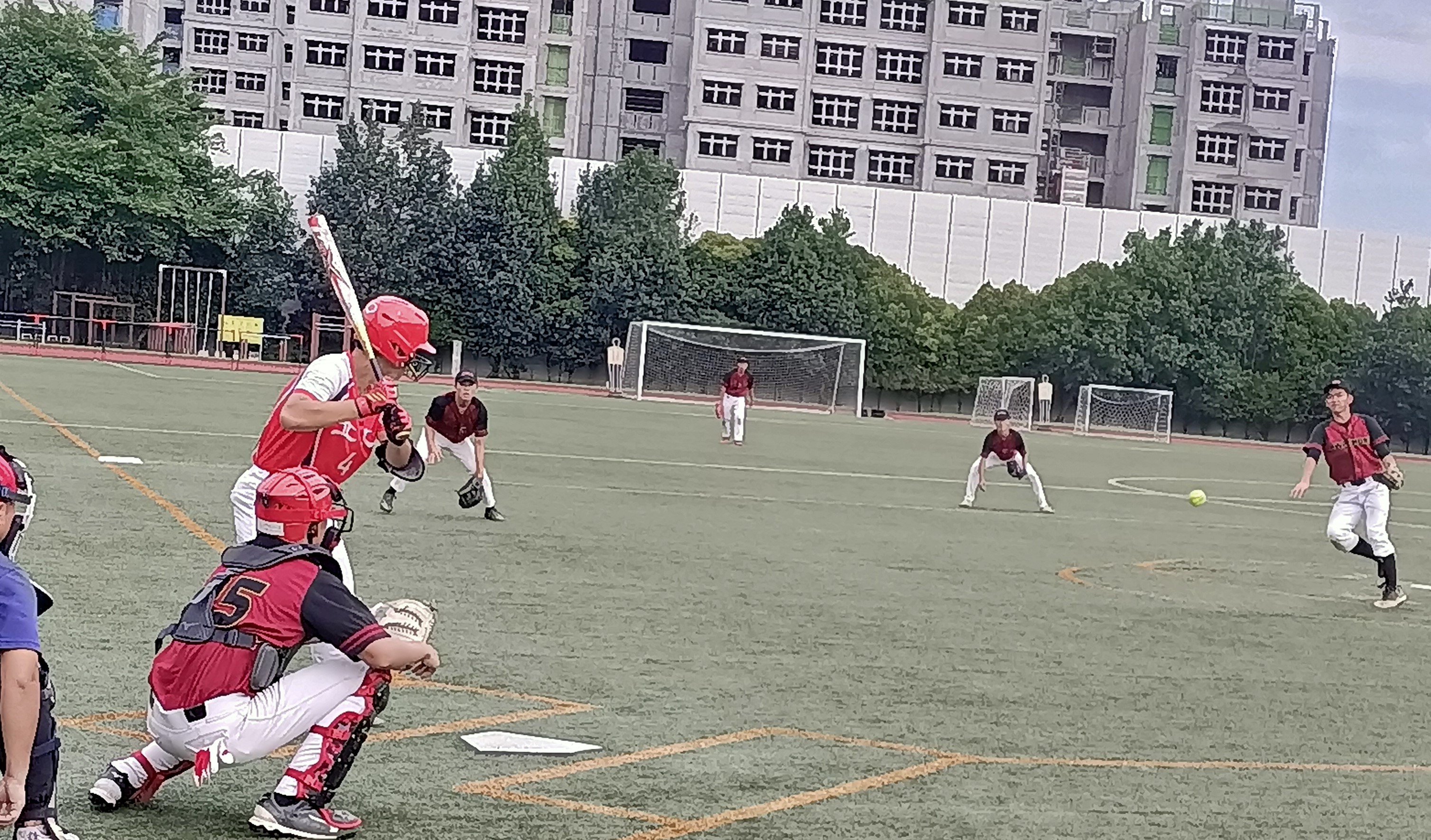 SIZE matters in sports, but if you really want to intimidate your opponent, your gung-ho sounding competitive voice will offer a decisive edge, says Hwa Chong Institution (HCI). That's after defeating River Valley High School (RVHS) 6-2 in an “A” Division Boys Softball group match (11 May) in Boon Lay.

Ironically, Boon Lay Avenue is the home ground to RVHS. But it didn’t really give them the much needed home-ground advantage simply because, the Hwa Chongians showed, you need to simply stay focused on yourself and play your own confident game.

Simply put as Hwa Chong skipper Timothy Ng, the match-winning pitcher, says: “Let your opponent see that you are completely unfazed by them.” 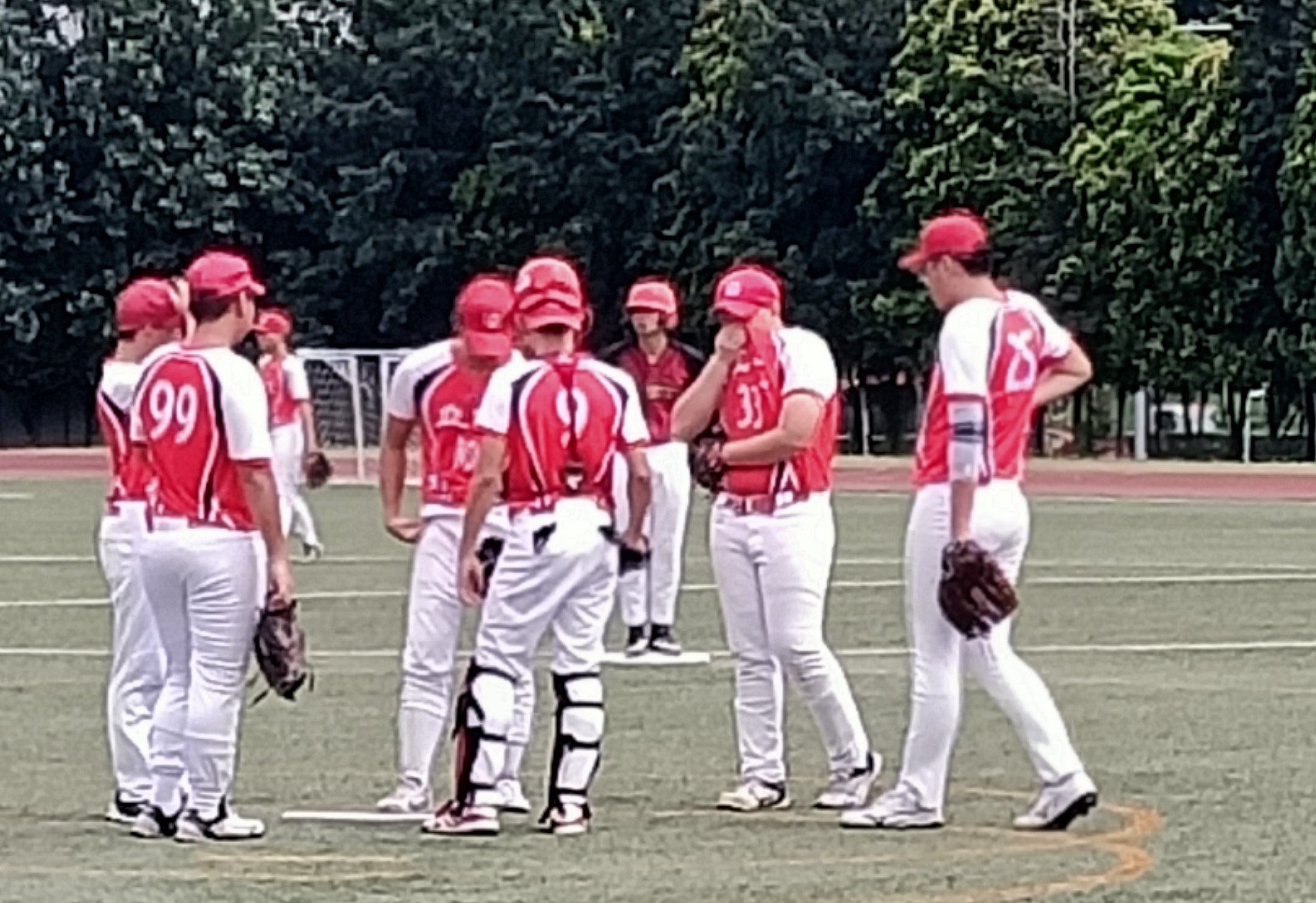 Where did we go wrong, asks the RVHS players as the match progresses. Photo credit: Suresh Nair

Hwa Chong’s early 3-0 lead proved domineering and showed that power-play and a consistent aggressive attitude, can make a major match-winning difference. The early lead bolstered team confidence and especially in the battle of the pitchers, Timothy’s leadership got the better of his River Valley opponent, particularly with more accurate and punched-packed deliveries.

“On paper, we looked bigger physically. But it may not tilt the advantage to dominate unless you show the real aggression in your match-play,” says Timothy. “My team-mates rose to the occasion with their discipline and concentration and we enjoyed the final stages of the match, where we took advantage of their poor fielding to score a convincing victory.” 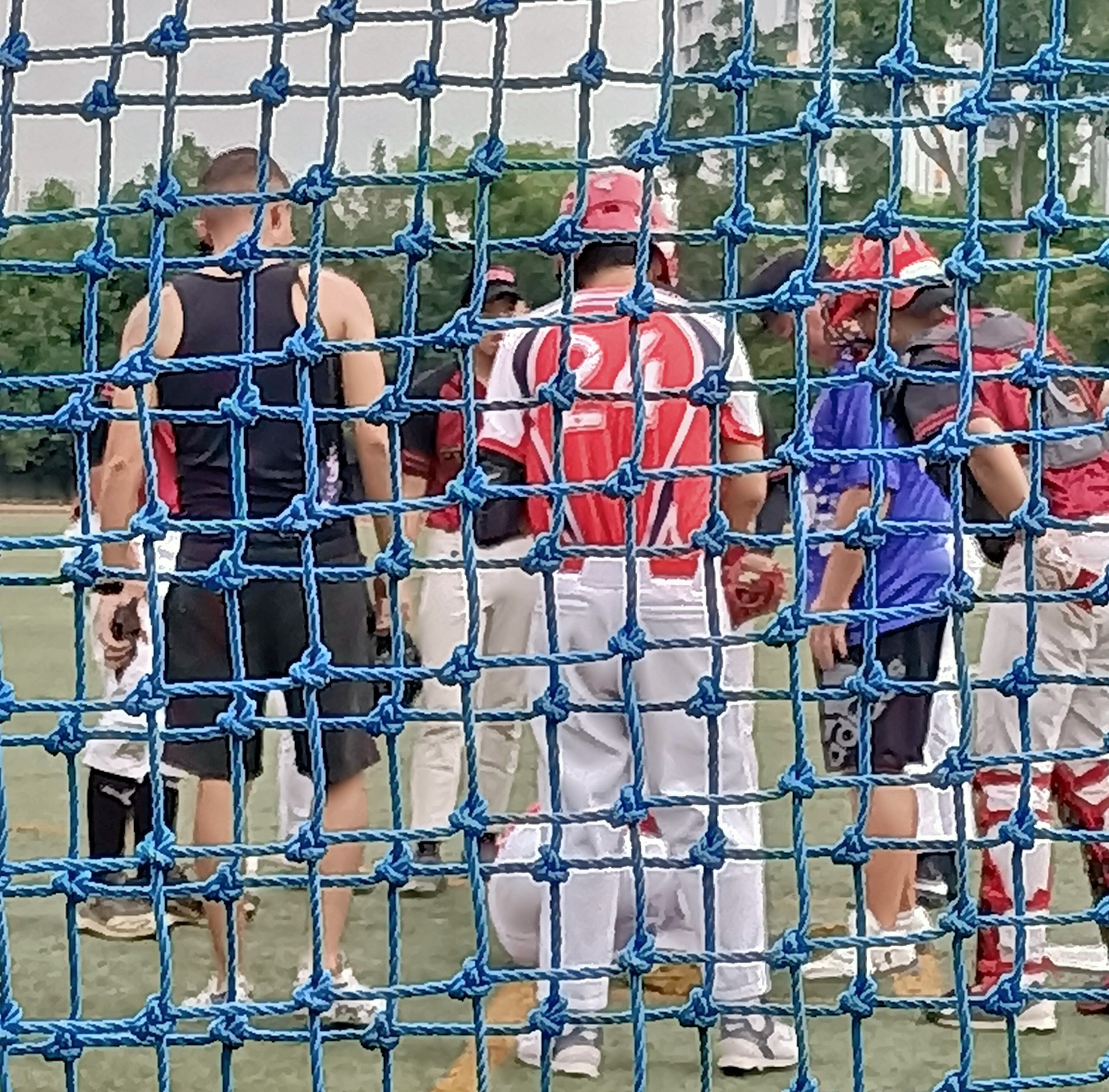 Tensions ranked high in the early innings, but when it boiled down to cooler heads, Hwa Chong stood tall especially with their willingness and desire to do well. He adds: “We had the right fighting spirit from the start and we knew that we had to rise to the occasion against a very competitive RVHS team, with decisive home-ground advantage.”

Timothy’s smart post-match interview message rung a perfect bell: “Setting a psychological edge over your opponent is essential to success in any competitive encounter. In order to get that advantage, it is crucial to develop your own confidence and properly demonstrate it to your opponent.

“But if I may add, it is also necessary to maintain good sportsmanship and civility and we believe that the best method for intimidating your opponent, is by developing practices that accentuate and improve your own confidence.”

To be fair, RVHS staged a gutsy comeback when they knew the chips were down midway through the innings. But the powerful Timothy-inspired pitching made a significant difference and tilted the match in his team’s favour.

He now believes that Hwa Chong has the mettle to do well. But the title-favourite remains Raffles Institution (RI). But as he says, the secret to his team’s success lies in “absolute teamwork and if every player follows the rules and other guidelines to achieve team-success, we believe we can spring some major surprises”.

(For all the news, post-match interview videos, stories, photos, fanzone details and much more from the 2022 National School Games, do visit our website  : go.gov.sg/nationalschoolgames)