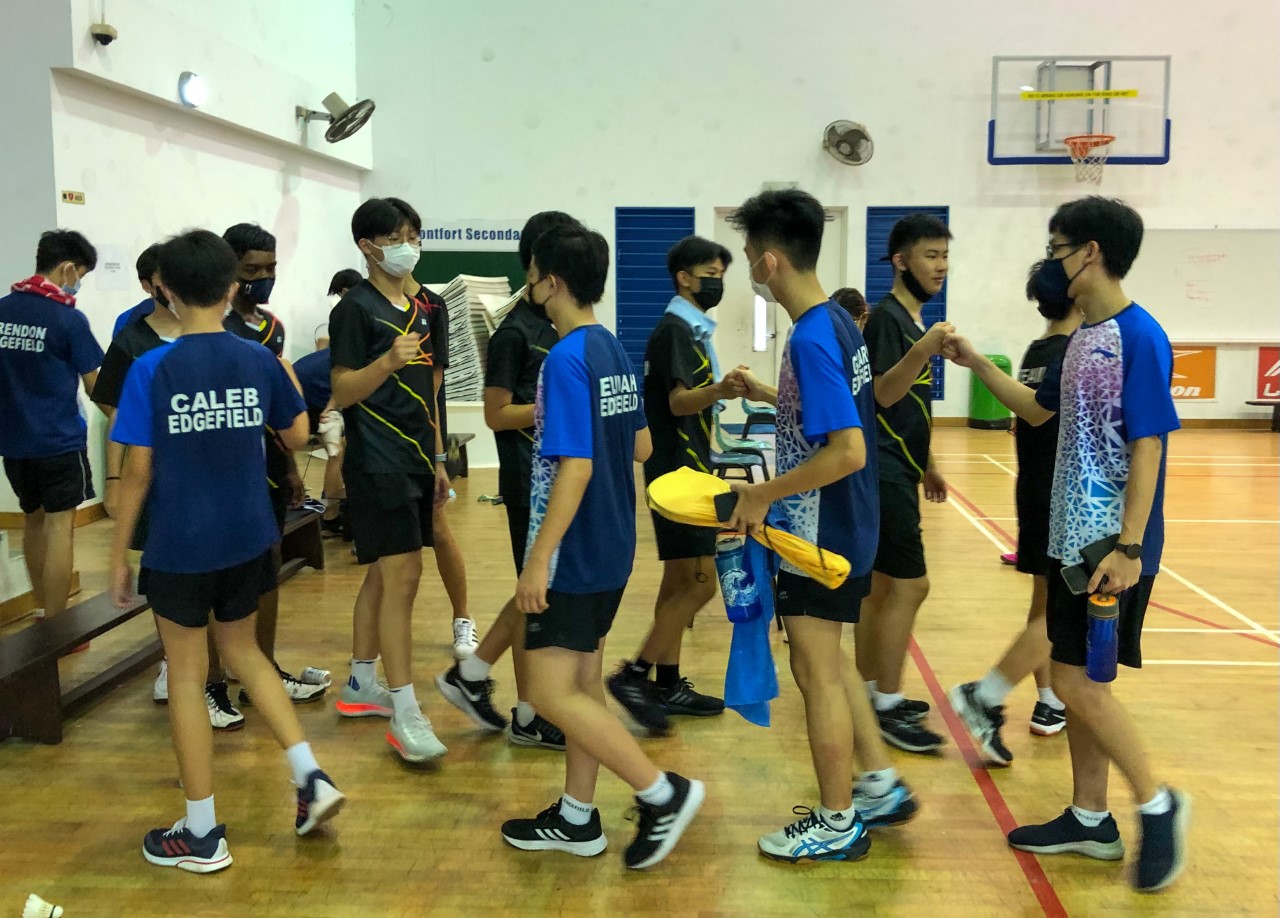 After losing in the semi-finals against Maris Stella High School (Secondary) and having to eventually settle for fourth spot in 2021, Bowen Secondary School had the chance to exact revenge when the two institutions faced off in the grand final of the B Division Boys’ North Zone Badminton Championships on Wednesday (27 April) afternoon.

This after Bowen came from behind to defeat Edgefield Secondary School 3-2 in the best-of-5 series, while defending champions Maris Stella similarly did so with a 4-1 win over Canberra Secondary School in the semi-finals at the Indoor Sports Hall of Montfort Secondary School on Monday (25 April).

In the first singles, Bowen’s Adam Kong battled back from a nervous start after dropping the first set 14-21 to win the second 21-18. It was a bit of a see-saw battle in the third set with both players engaged in a series of exciting rallies, before Edgefield’s Teo Way Zen held his nerve to prevail 21-19 and draw first blood for his school.

Bowen’s Xavier Goh and Hu Weicheng knew they had to pull their school back into the tie in the subsequent first doubles and duly showed they meant business with an assertive display. While they did fall behind by at least a couple of points in the 2 sets, the duo showed better understanding and consistency in their play to overpower Edgefield’s Del Rosario Ignacio Luis IV Katigbak and Gerard Seah 21-17, 21-14. 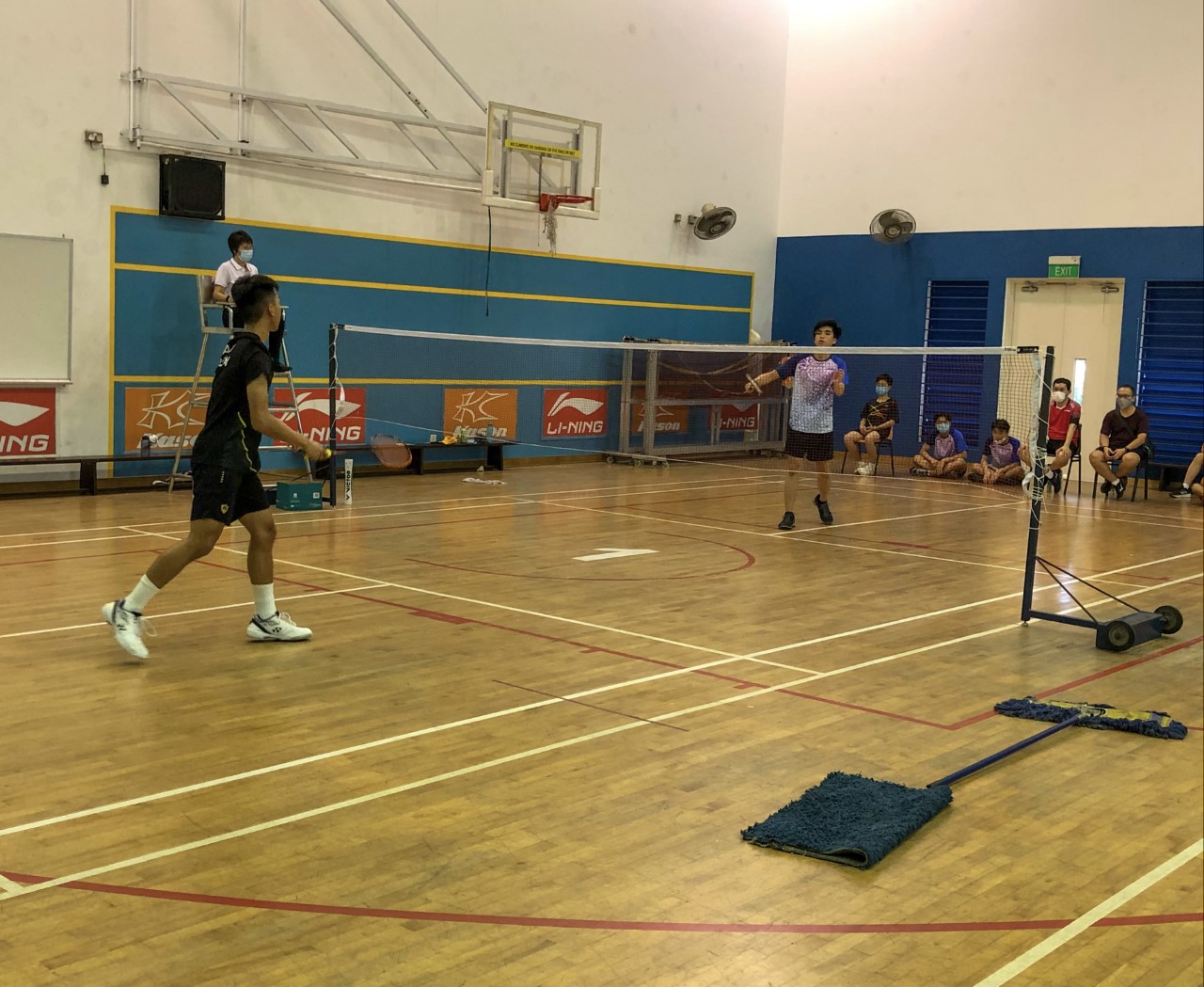 In the 2nd singles encounter, Bowen’s Ethan Chan faced a tough battle against Edgefield’s Tan Zhi Kai and did trail by 4 points around the midway stage of the first set, but fought back to win 21-18. The former then found his form, with his wide variation of shots proving too hot to handle as he clinched the second set 21-13 to put Bowen 2-1 ahead in the overall score.

The heat was cranked up in the 2nd doubles, with Edgefield’s Brendon Lee and Wayne Reyes Toh trying their utmost best to level the tie. But there was no answer for the superb athleticism and combination play of Bowen’s Muthu Vinayagam Sai Sankar and Yang Jun Ran at times. After winning the first set 21-15, the latter duo breezed through the second 21-7 to seal their passage into the final. 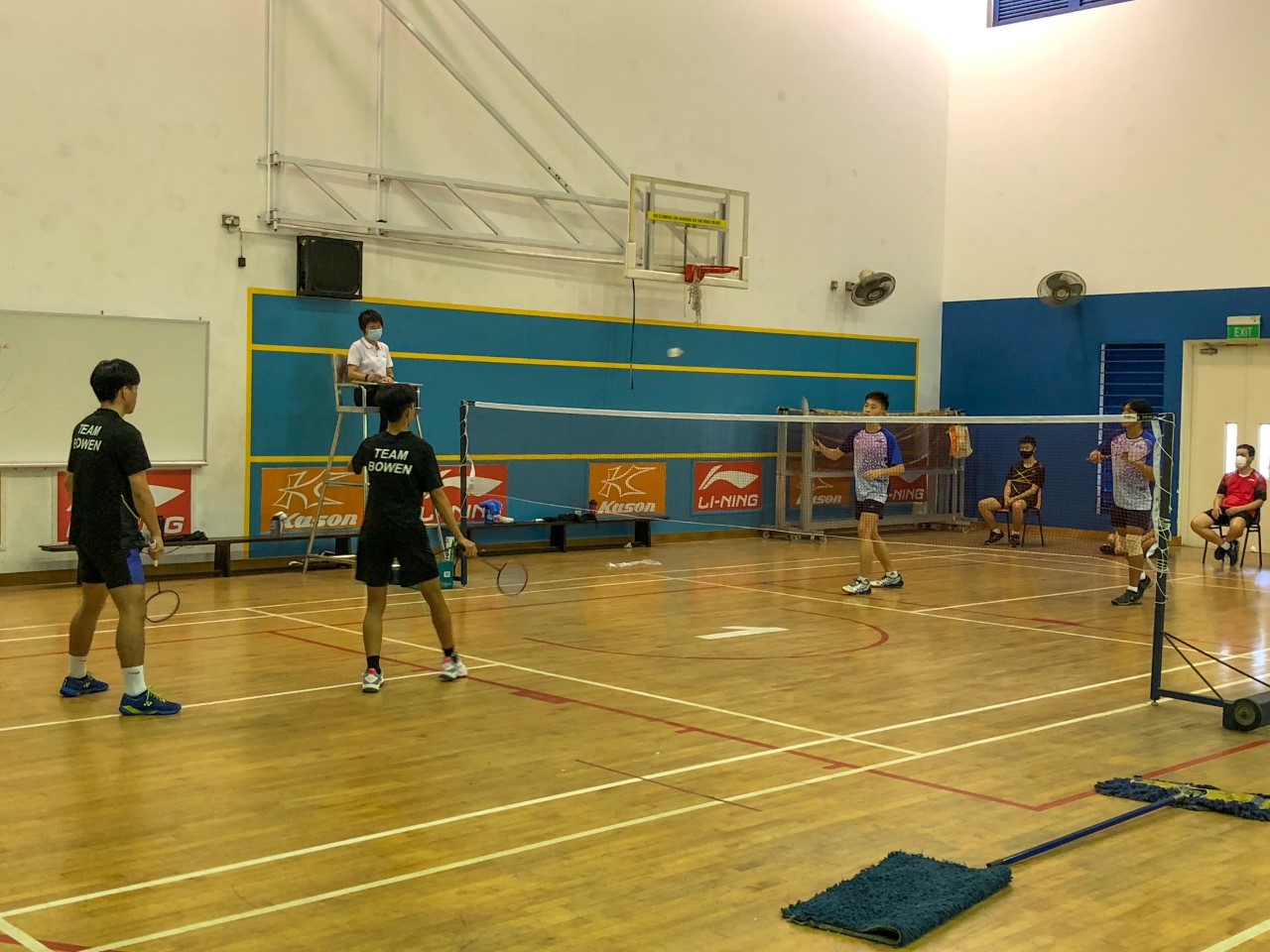 The third singles still had to be played “in the spirit of the game” with Chong Yu Xuan defeating Bowen’s Ryan Leong 21-17, 21-16 to pull one back for Edgefield. But there was no denying the winners on the afternoon.

Bowen marched on to face off against Maris Stella to decide who will be the kings of NSG North Zone badminton. 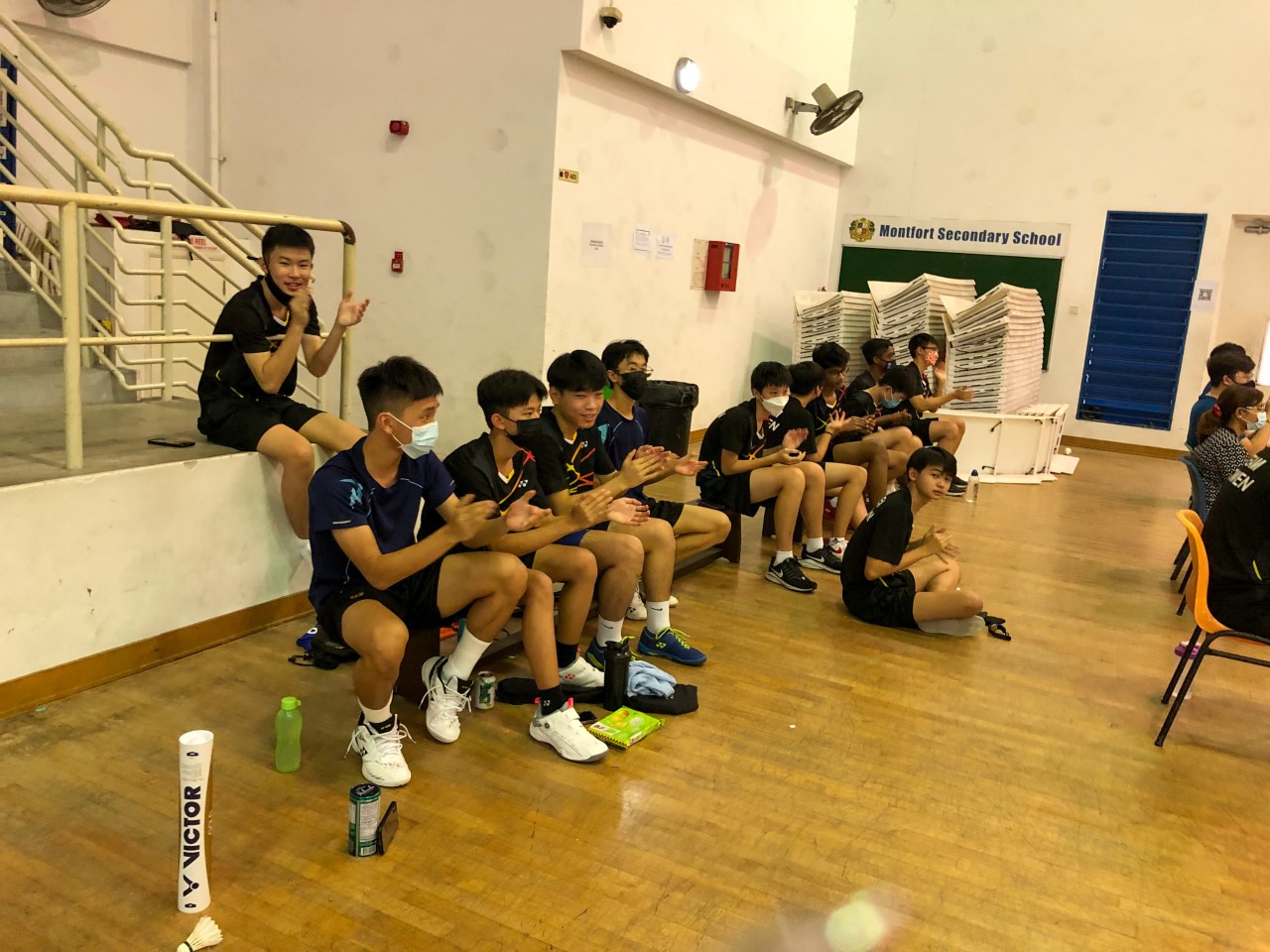 Onto the grand final of the B Division Boys’ North Zone Championships on Wednesday (27 April), it was a keenly contested affair. And even though Bowen were looking for some payback (for 2021's elimination), it was Maris Stella High taking the win and the trophy, after a 3-2 victory. And Edgefield settled for the bronze, after their 3-2 triumph over Canberra Secondary.