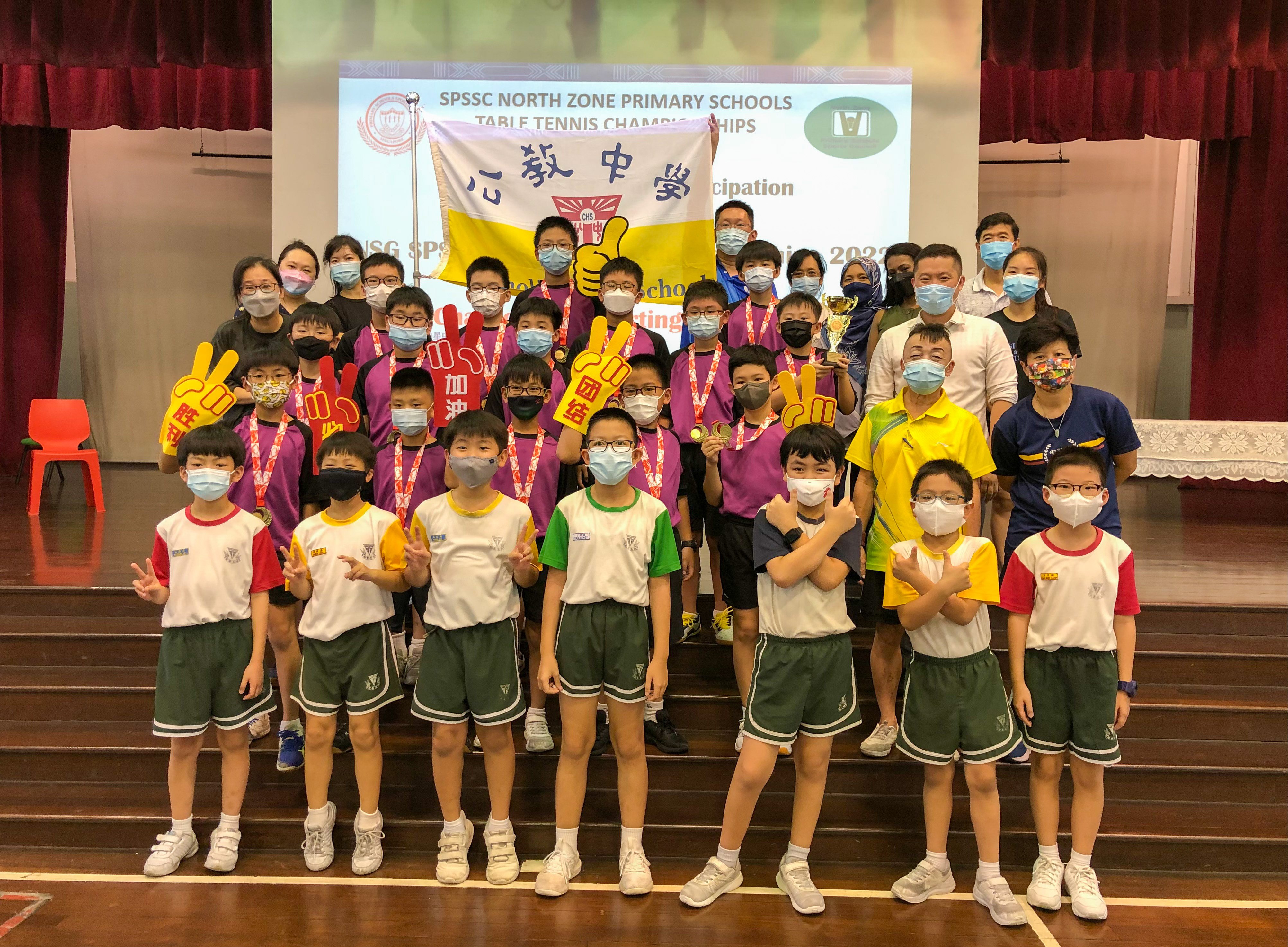 In a repeat of last year’s final, Chongfu were hoping to go one better, but got off to an ominous start in the first singles with Xu Leyan finding the going tough against CHS’ Owen Lim. After winning the first set 11-5, the latter continued to dominate with his decisive strokes and never trailed at all, as he clinched the second and third sets 11-6 and 11-5 to draw first blood for his school. 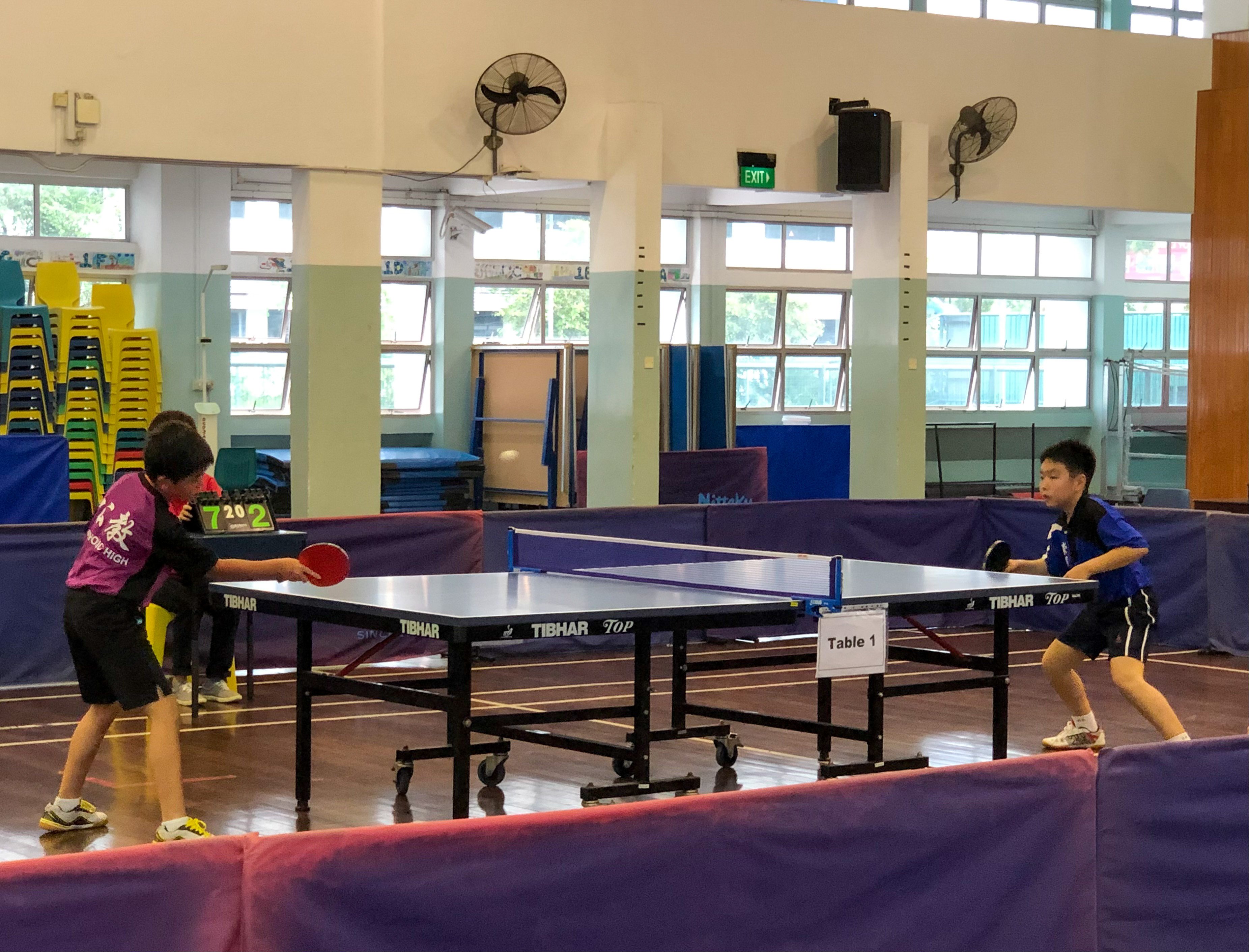 The twins pairing of Chen Zhixiang and Chen Zhiyuan were up next in the first doubles and they put an almighty fight against CHS’ Sun Qicheng and Nevan Teo. After coming from 10-8 down to win the first set 13-11, the Chongfu duo lost the second set 11-5, but roared back to take the third set 11-9.

They were however, unable to maintain their momentum at that crucial juncture, with Qicheng and Nevan clinching the fourth and fifth sets 11-4 and 12-10 to seal a come-from-behind win and put CHS 2-0 up. 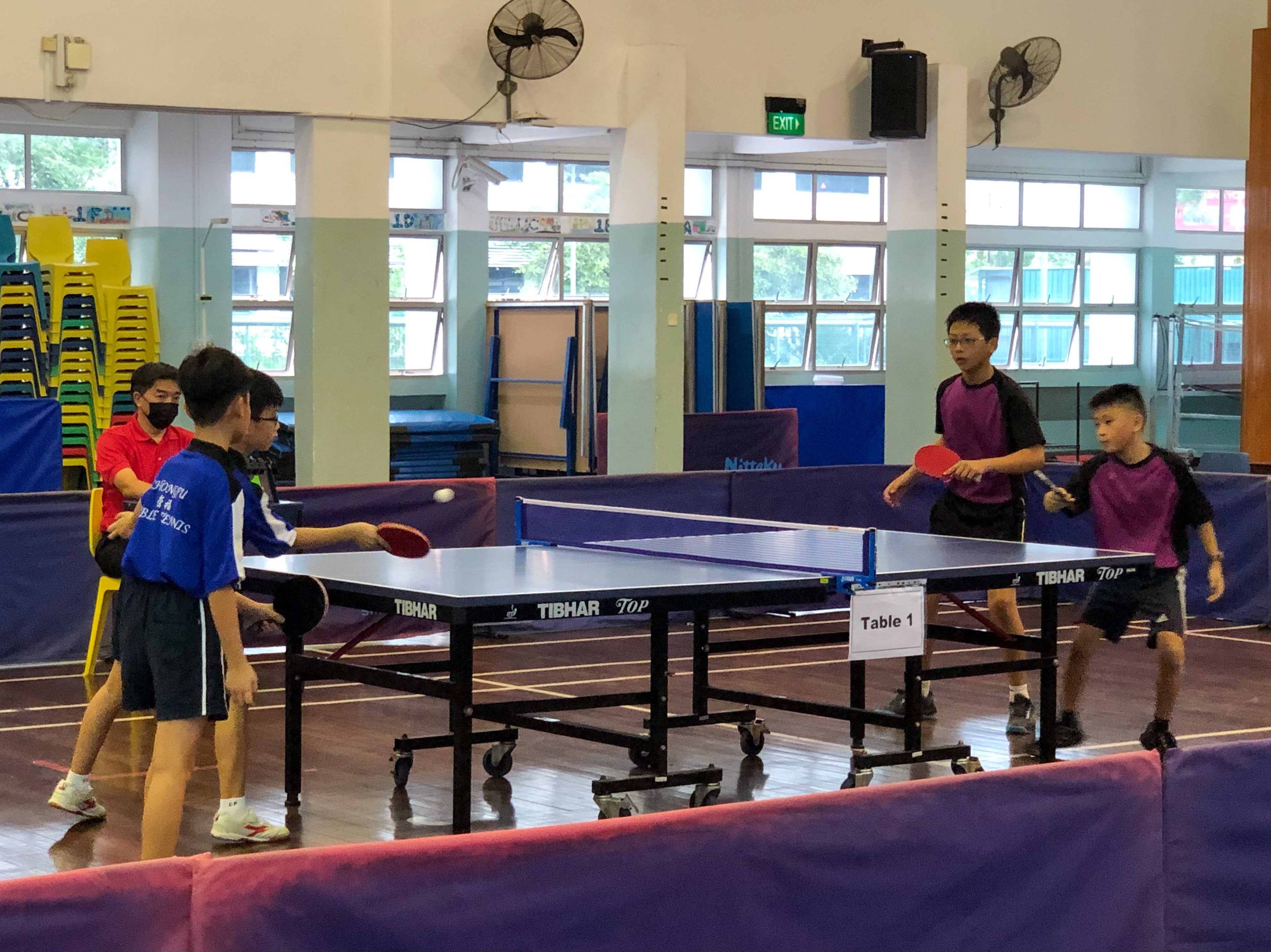 Catholic High’s Sun Qicheng and Nevan Teo (right) were given a real run-out by twins pairing of Chen Zhixiang and Chen Zhiyuan in the first doubles. Photo Credit: Kenneth Tan

In the second singles, CHS’ Rio Lai similarly faced a tough battle from Chongfu’s Daniel Ng as he won the first set 11-9 before dropping the second 11-7. With encouragement from his coach and teacher-in-charge from the sidelines, the CHS captain found his composure to take the third set 11-9, before winning the fourth set 11-4 to seal an overall 3-0 victory for his school.

It will be interesting to see who can break CHS’ table tennis supremacy in the Senior Division North Zone in 2023. 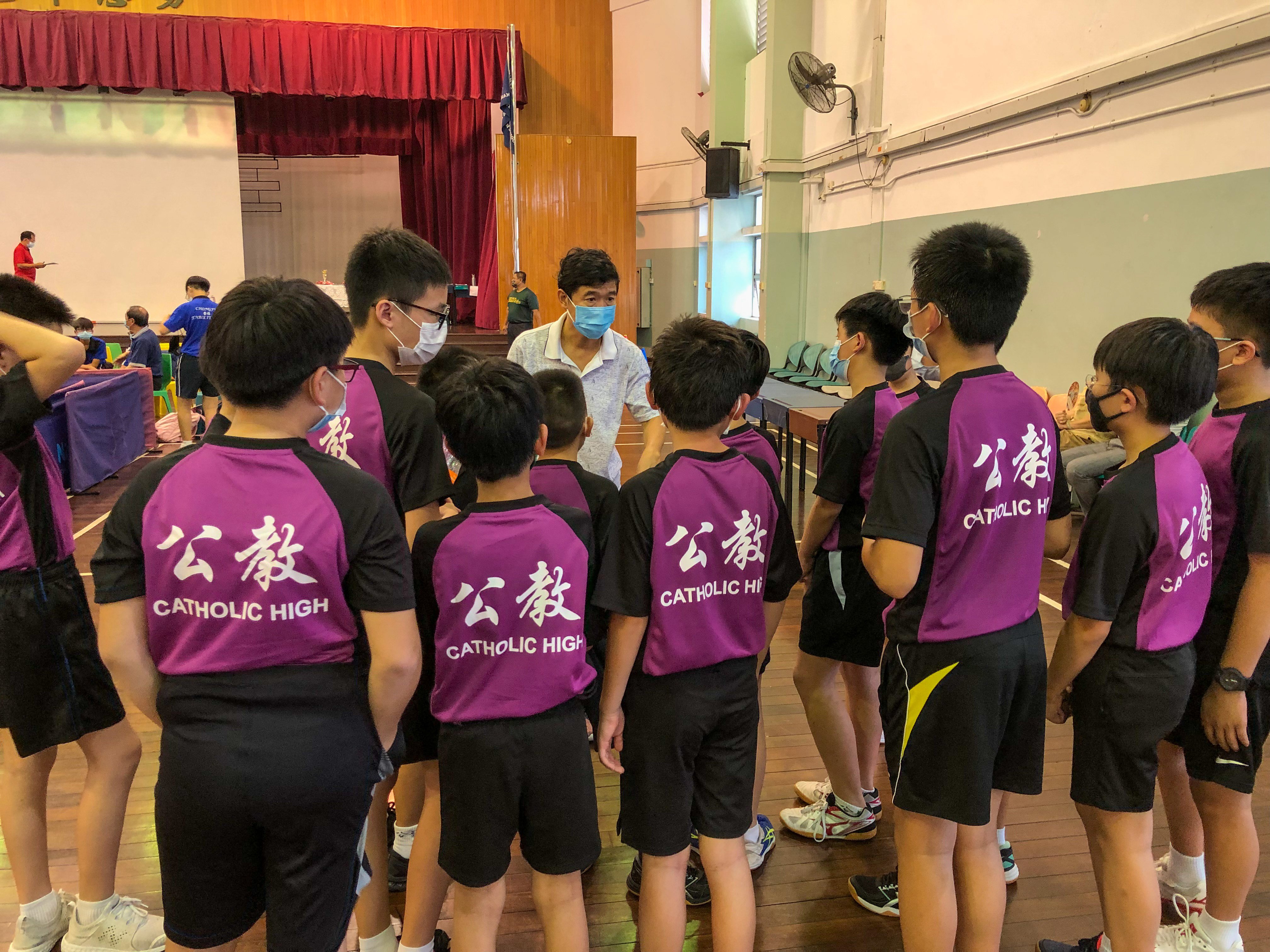 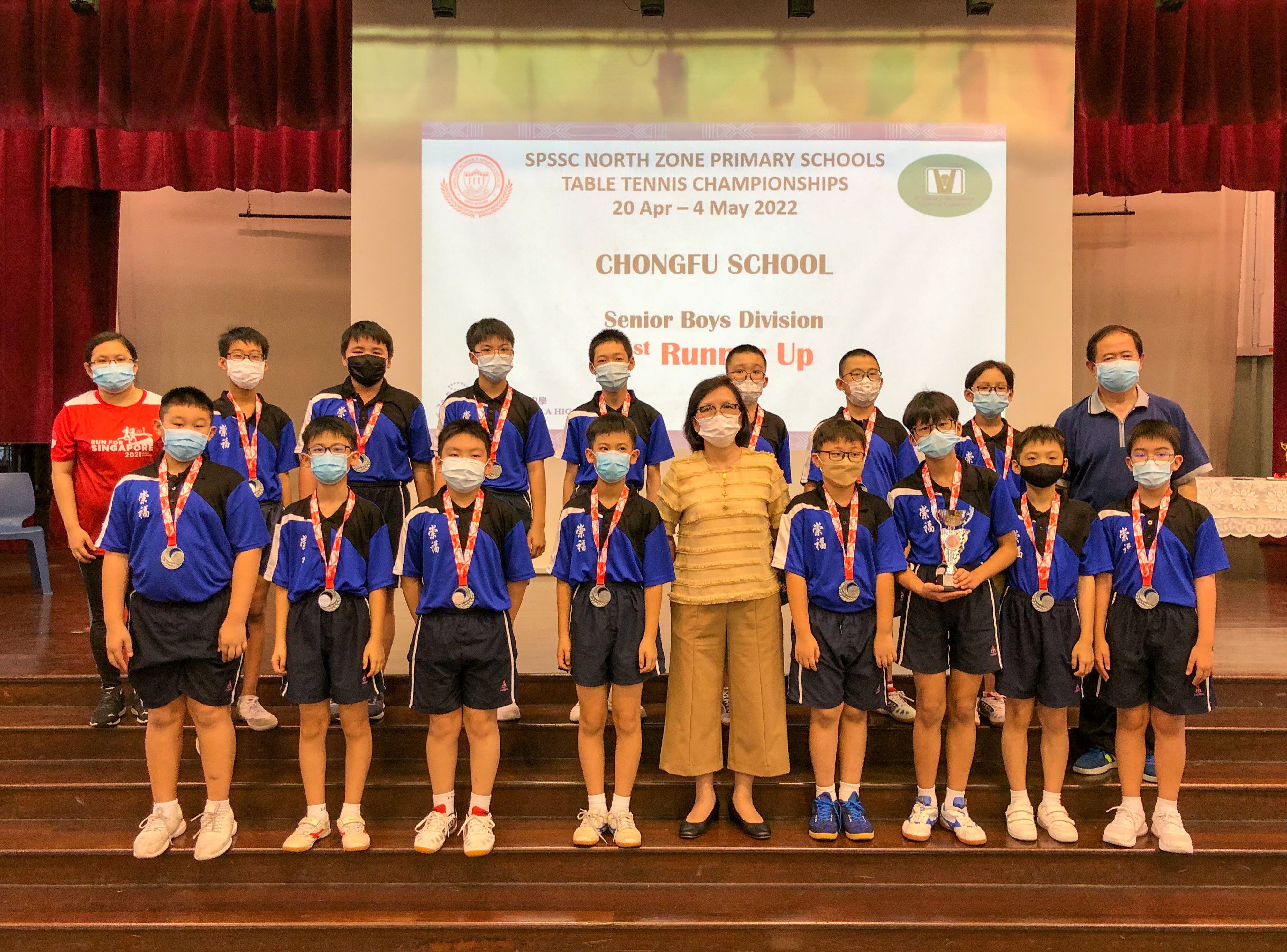