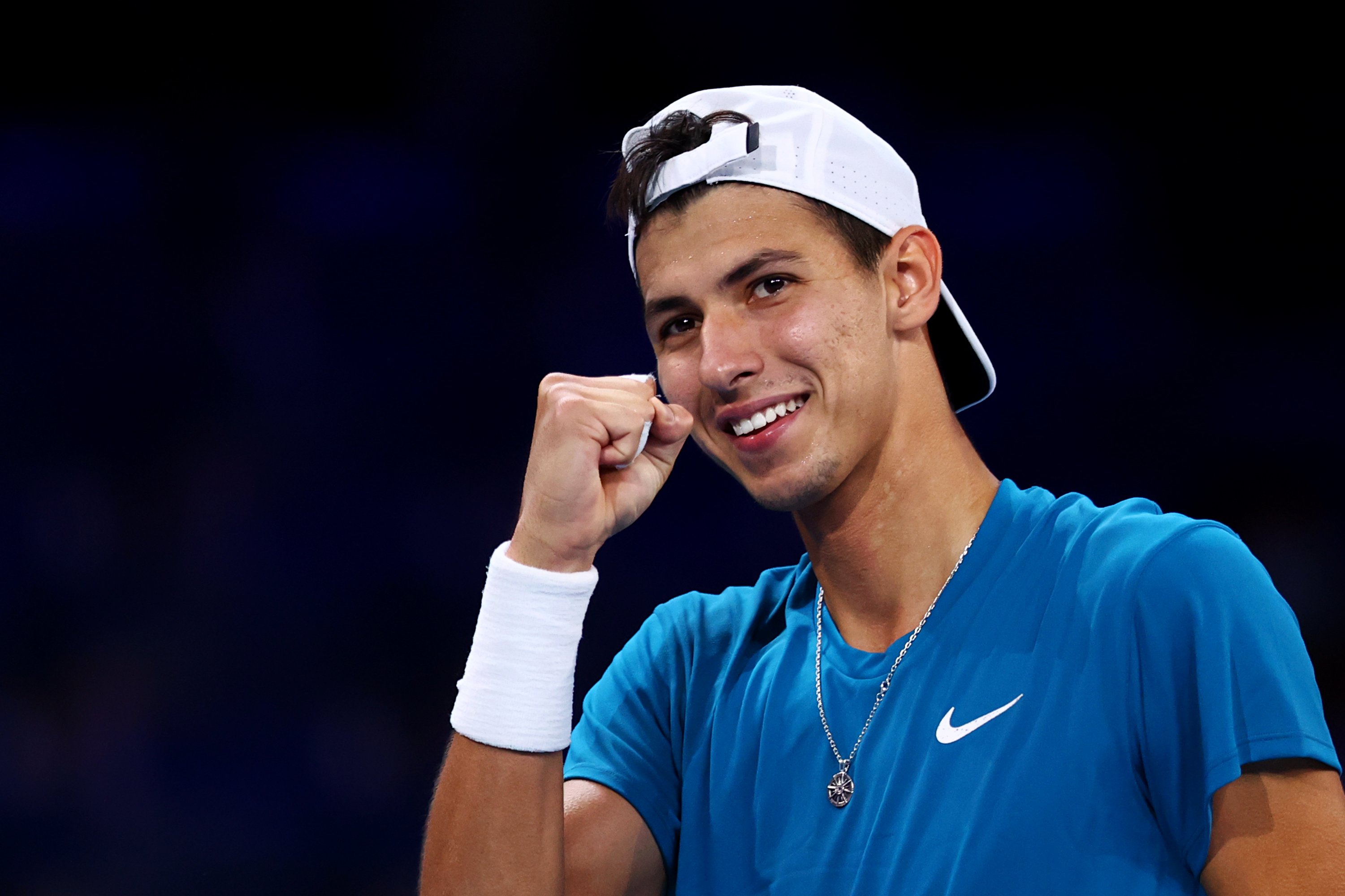 On Day 5 of the Singapore Tennis Open on Centre Court, 3rd seed Marin Cilic of Croatia took on Australian youngster, Alexei Popyrin, in the first semi-final of the Men’s Singles event. Both players were playing for a spot in the finals, in front of a maximum cap of 250 spectators allowed into the arena.

Cilic got off to a shaky start with 1 shanked forehand and 2 unforced errors, bringing the first game to deuce before holding for 1-0. Popyrin, on the other hand, dropped one point in his first service game to go 1-1. This time round, the Croat held with more ease to lead 2-1 with more consistent groundstrokes. With a break point on Popyrin’s serve, the 3rd seed stayed in the rally and a mistake from the Aussie gave Cilic the early break. In the next game, a mis-hit on the forehand from the 32 year old took the game to 40-40. But the youngster ripped a forehand down the line return winner on deuce to set up a break point. However, the Croat responded well to save it with an ace.

A second ace after an error from Popyrin consolidated the break for Cilic to move in front 4-1. The Croat got lucky when a shanked return set him up for an easy passing shot to bring up another break point. The Australian stayed strong to hold serve to prevent himself from going down two breaks. A beautifully constructed point by Popyrin took the next game to deuce, before a deep forehand made Cilic find the net, giving the former a break point. Popyrin broke back to bring the match back on serve at 3-4. A few big serves gave the Australian a straightforward hold and his 3rd consecutive game. The 2014 US Open champion then played a superb passing shot winner, while moving backwards and taking the ball behind him, before holding for 5-4.

A quick service hold from both players put the score at 6-5 for Cilic.  The Croat clipped the line on a return winner in the next game to give himself 2 set points. Popyrin displayed brilliant tennis under pressure to save both break points, and send the first set into a tiebreak. The Australian quickly trailed 3-1 after a double fault gave his opponent the mini break. Not giving up, an angled backhand crosscourt winner from Popyrin took the tiebreak back on serve. The youngster set up 2 set points after winning 5 out of 6 points to lead 6-4. The Croat saved one with controlled aggression before putting away a volley but in the next, an unforced error handed Popyrin the set 7-6(5) in an hour.

22 year old Popyrin carried his momentum into the 2nd set by holding to love for a 1-0 lead. He hit a backhand winner, showed solid groundstrokes before a shank from Cilic gave the former his 7th straight point won and 3 break points. The Croat went on to save 5 break points, and hold his serve in a 9-minute long game that saw 5 deuces. Popyrin went on to hold 2 more service games to love, building a streak of 12 consecutive points won on his serve. Cilic, on the other hand, held more comfortably for 2-3 in the second set. The youngster’s streak ended at 13 points, but still held serve comfortable with 2 aces to lead 4-3. Although he was up 0-30 on the Cilic serve, the Australian did not capitalize on the chance and the 3rd seed held for 4-4. The Croat had to serve to stay in the match after Popyrin held serve again comfortably to pull ahead 5-4. Cilic showed his experience and held comfortably under pressure to tie the score at 5-5. The Croat missed a big opportunity to get a break point when he lost a point that Popyrin had no business winning.

With the Australian leading 6-5, the third seed had to serve to stay in the match again. Great defence from Popyrin put his opponent under pressure for 15-30, but the experienced veteran ripped 2 perfectly struck forehand winners to go 40-30. After a few deuces, Cilic took an important service hold to stay in the match, and take the set to a tiebreak. Popyrin raced to a 5-0 lead in the tiebreak after some huge serves and 2 easy unforced errors from Cilic. The Croat managed to claw back to 2-5 before an ace from the Australian set up the latter with 4 match points. A big serve to set up forehand winner sealed the deal for the youngster 7-6(5) 7-6(2) in just under 2 hours. Popyrin served 15 aces, won 77% of points behind his first serve and 63% behind his second.

Alexei Popyrin comes out on top and moves into his first ever ATP Tour final. He will take on either 4th seed Alexander Bublik or 6th seed Radu Albot in Sunday's grand final at the Singapore Tennis Open.