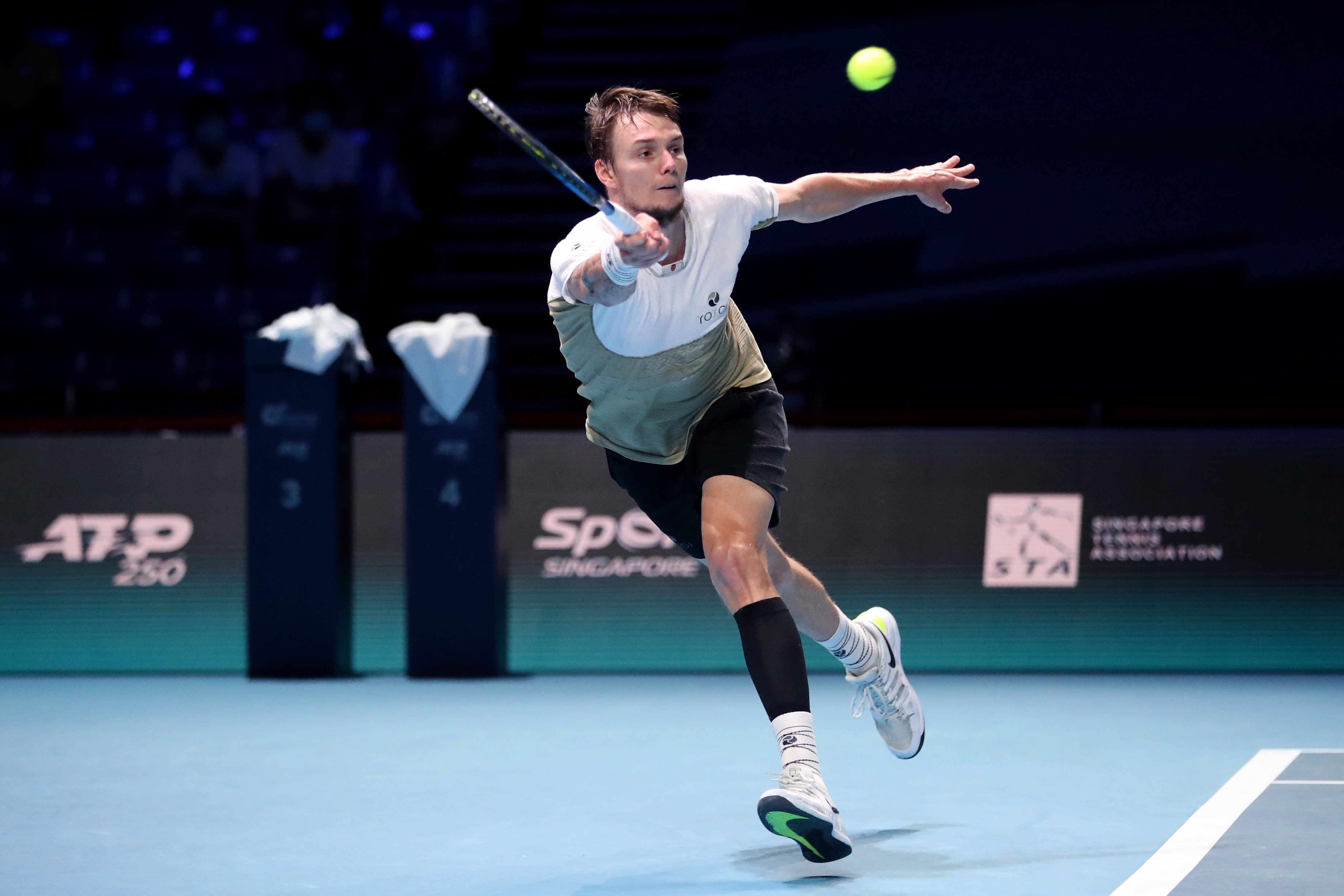 In the last match of the penultimate day of the ATP 250  Singapore Tennis Open, the OCBC Arena witnessed Kazakhstan’s Alexander Bublik and Moldova’s Radu Albot fight for a spot in the grand final. Both players reached the semis after 6th seed Albot beat top-ranked Adrian Mannarino, while the No 4 seed Bublik defeated Yoshihito Nishioka in straight sets respectively.

Today was an exciting day for Singapore as the Arena welcomed 250 eager tennis fanatics (for the 1st time in this event), who caught a glimpse of the action that's been serving up the Republic's shores since last Saturday.

In the first set, it was the Moldovan who went off to a flying start by breaking the Kazakh’s serve in the third game to lead 2-1. Albot who saved three match points in the second round, pressed on the advantage to lead 3-1. The Kazakh, who is known for his casual on-court demeanour, threw in a few underarm serves which failed to pay off, as he lost his serve yet again. 6th seeded Albot raised to a 5-2 lead to serve for the opening set, after playing some impressive points from the baseline. And in 27 minutes, the 31 year old was able to hold his nerve to comfortably serve out the set. That's after not putting a foot wrong, as he edged closer to a spot in the finals, with a 6-2 win. 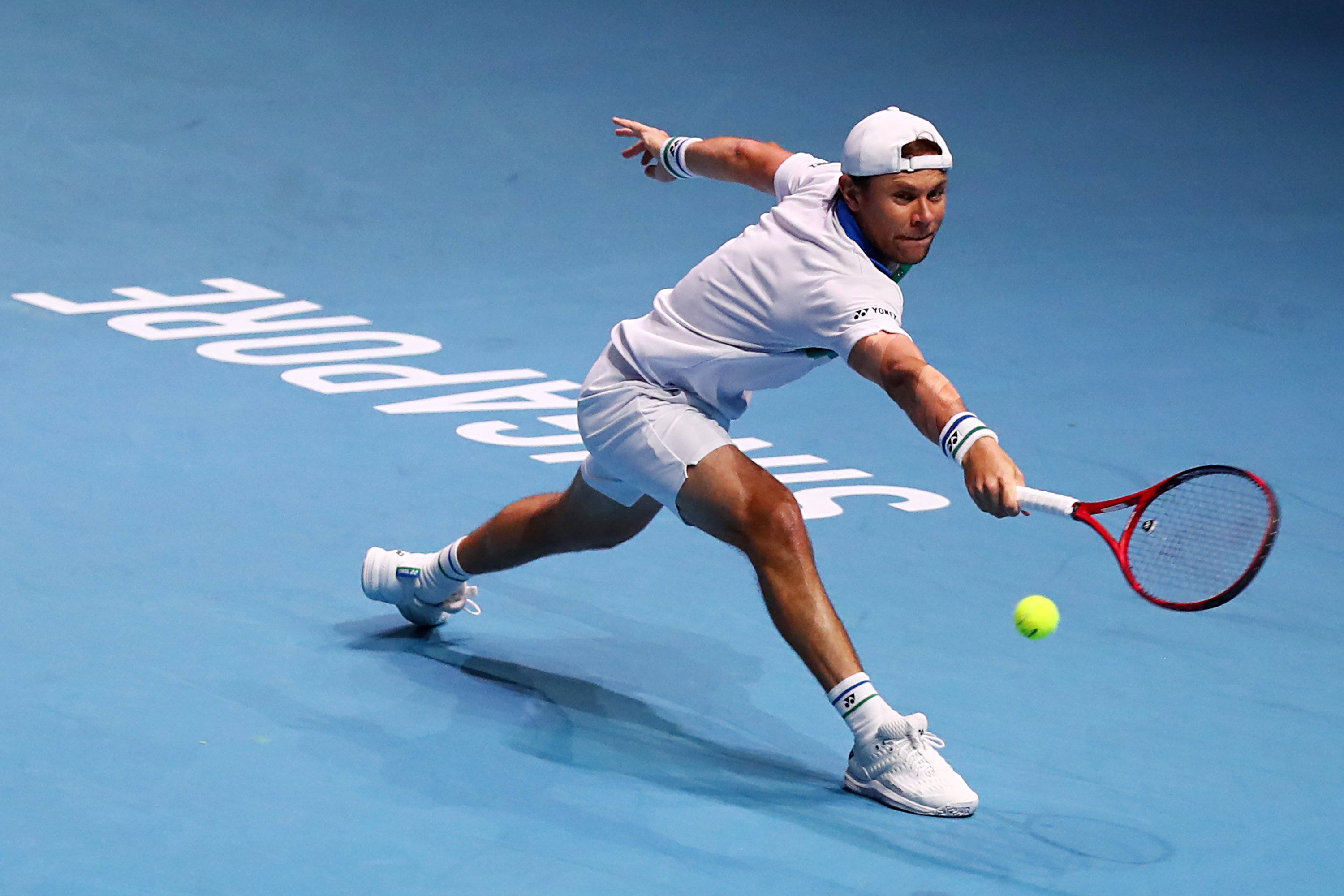 In the 2nd set, it was the Kazakh who raced off to a flying start to go up 3-0. The world No. 46, showed why he's an upcoming superstar in the Mens’ game, as he was hitting brilliant winners from both wings in the middle of the set to pull away to a 5-2 lead. The Moldovan then posed the question to Bublik as he held serve at 5-2, which gave the opportunity to the 23 year old to serve out the match and to force a deciding set. With serves over 210km/hr, the Kazakh easily served out the set to to win 6-3 and set up a final set shootout for a spot in the finals.

In the 3rd and final set, the No 6 seed made a few unforced errors to hand a break to Bublik in the very first game. The Kazakh who did not face a single breakpoint in the 2nd set, was in full control of the semifinal at this point.  There was a lot more confidence in Bublik's  game as he entertained the crowd with a wide variety of strokes. Big serves, drop shots, neat volley shots and huge ground strokes, all proved to be assets to the NextGen star, as he comfortably held his serve throughout the set. This was a treat to the fans present, as they were able to witness the the 4th seed's on-court prowess, with serves over 220km/hr.

Each player held their serve throughout the set, and it was the Kazakh’s turn to serve out for the match 5-4. Just as he did throughout the set, the Moldovan could not get a sniff of a break, as Bublik wrapped up the match with a 221km/hr unreturned serve. Final score was 2-6, 6-3, 6-4 to the Kazakh. Bublik claimed 87 per cent of his service points in the decider (20/23) and struck 12 aces to reach his second final of the year.

In the first semi-final match today, Australian’s Alexei Popyrin triumphed 7-6, 7-6 against 3rd seed Marin Čilić, which earned him a spot in his very first ATP tour finals. And with his victory, Bublik books himself a spot in tomorrow’s finals against Popyrin, to win the inaugural Singapore Tennis Open at 4PM at the OCBC Arena.