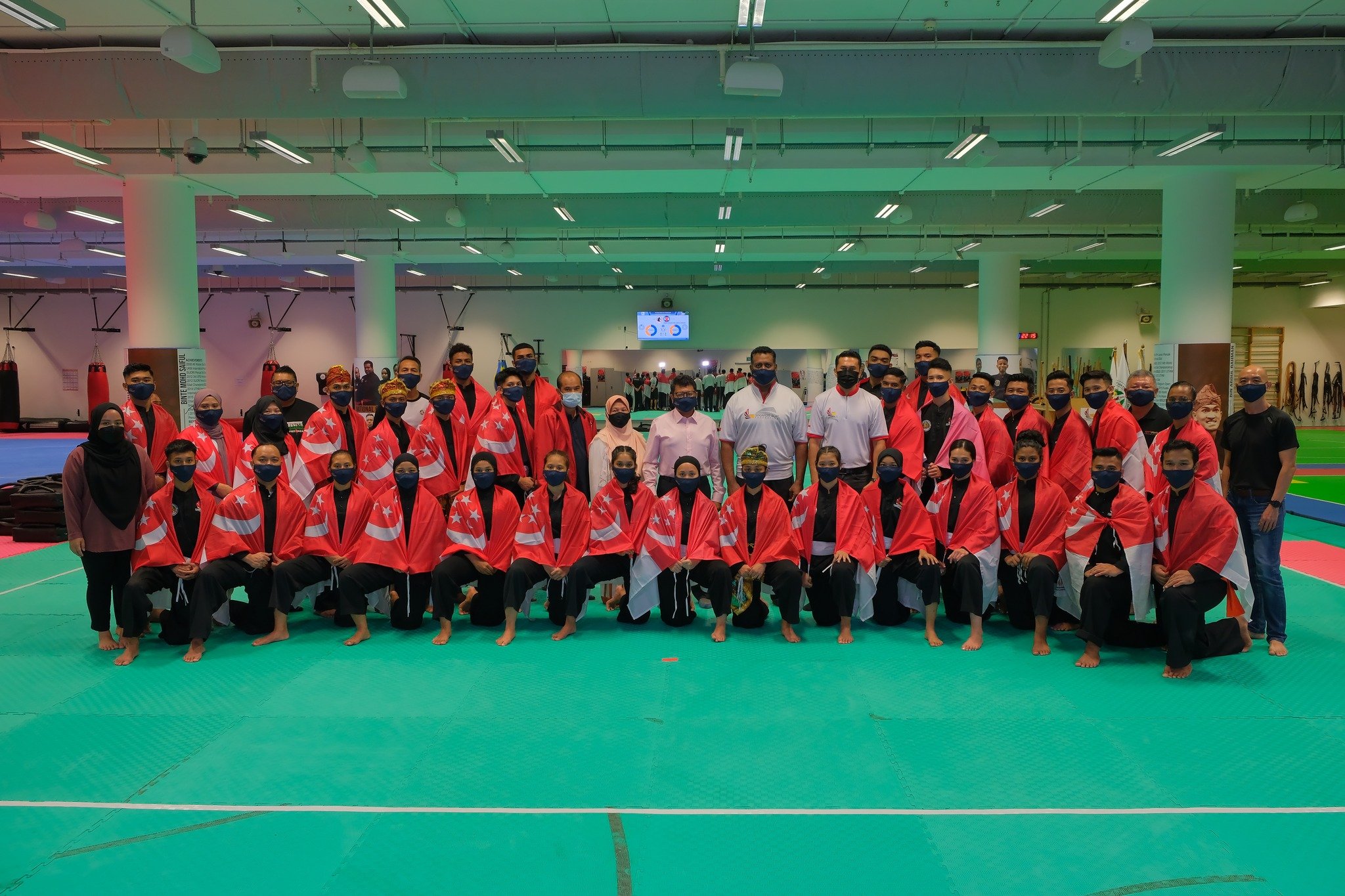 SINGAPORE, 23 February 2022 – The region's silat exponents are ready for their first international competition since the pandemic, with 91 athletes competing at the 8th Southeast Asia Pencak Silat Championship in Singapore. Athletes from Singapore, Indonesia, Malaysia, Thailand and Vietnam will battle it out at the OCBC Arena from 25 to 27 February. 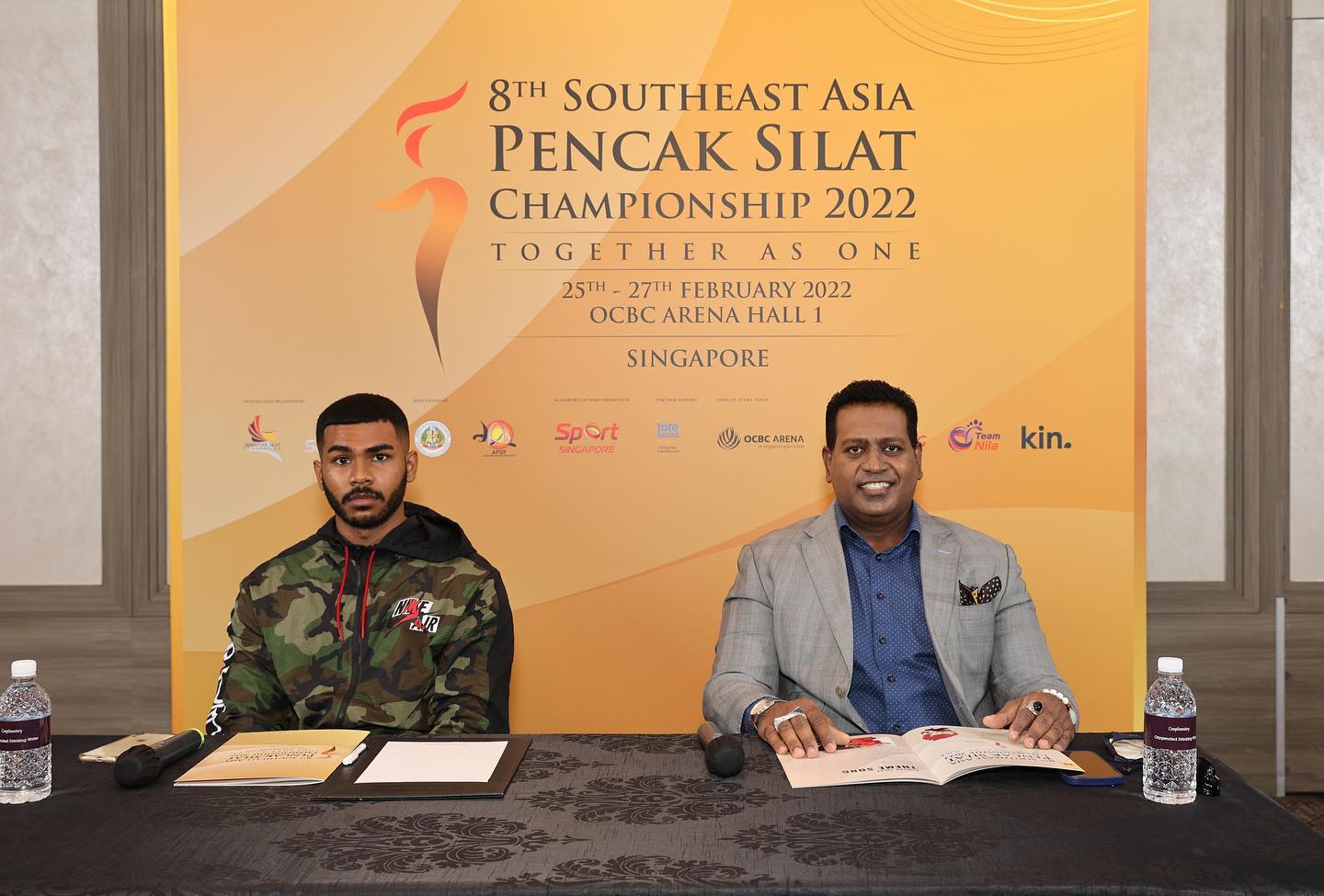 At a pre-tournament press conference at the Grand Mercure Singapore Roxy on 23 February, Singapore silat exponent Sheik Farhan Sheik Alau’ddin said: “I’m just glad that we can finally get back to international competition. Two years is a long time, so I’m ready for this.”

Singapore Silat Federation (Persisi) chief executive officer Dr. Sheik Alau’ddin Yacoob Marican said: “We are excited, and I want to say a big thank you to Sport Singapore for allowing and supporting us with their team’s expertise to organise this event. With the SEA Games coming up in Vietnam in May, it's just right that we host the Southeast Asia Championship as a prelude to the Games, as well as the World Championships in Kuala Lumpur, Malaysia.”

The 8th Southeast Asia Pencak Silat Championship will also see the new International Pencak Silat Competition Rules and Regulations in place for the first time. The rules, last amended in 2013, have been updated to reflect the development of martial arts around the world. Some key changes include allowing techniques which were previously not permitted, such as pulling and grabbing to perform dropping techniques.

Dr. Sheik Alau’ddin said of the updated rules: “This is the first competition that will implement the new rules, and it will make for a level playing field for all the athletes.”

3-time world champion Sheik Farhan believes the new rules would allow for more leeway during matches. “I think it’s more beneficial for athletes who are not so artistic. As high-level athletes, most will be able to adapt to the changes. These changes are not so major that you will lose your advantage, but at the same time not too small that they can be ignored. The main components of silat remain, so the Southeast Asia Championship will show how us elite athletes adapt,” he added.

All athletes are expected to abide by the Safe Management Measures in place. These include staying in their respective individual bubbles to reduce close and prolonged interaction with other athletes, masks on at all times except when competing in the field of play and showing support through non-verbal means to reduce transmission via droplets.

The event is open to invited guests only, with spectators capped at 300. For event updates, highlights and scores, please refer to Persisi’s social media pages. 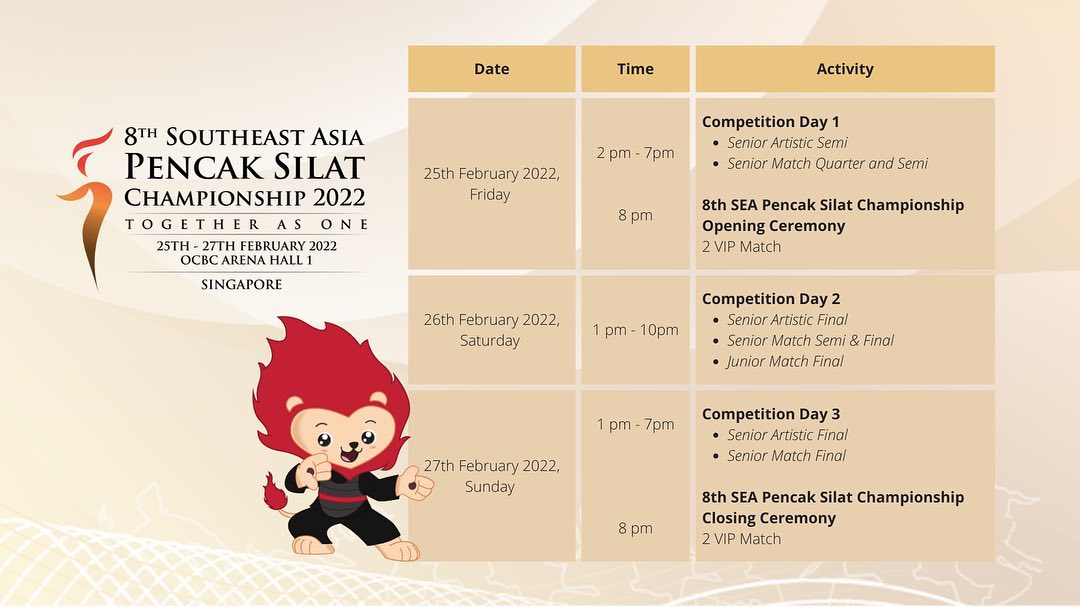