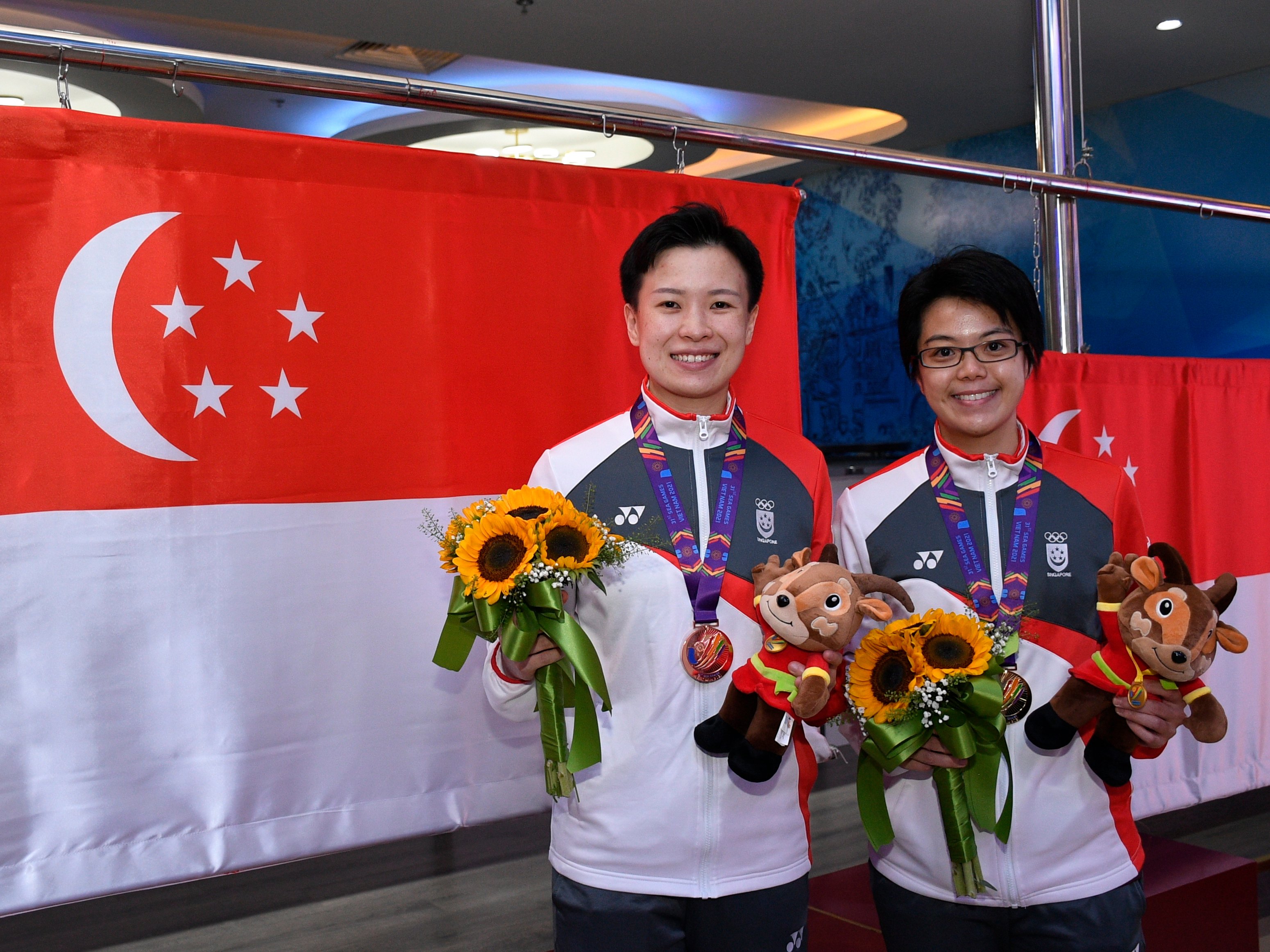 TeamSG Bowler Cherie Tan started the women’s singles on 16 May with an opening round that put her in third place. But she was in such dominating form that after 6 games, there was no doubt she was a deserving champion!

So commanding was the 33-year-old veteran’s lead that by the time she took gold (1,442 pinfalls) at the Vincom Mega Mall Royal City, she was 122 pinfalls ahead of silver medallist Sharon A. Limansantoso of Indonesia.

TeamSG’s New Hui Fen, the defending champion, clinched bronze, just a single pinfall further behind the Indonesia kegler. These are the team’s first medals at the Hanoi SEA Games. 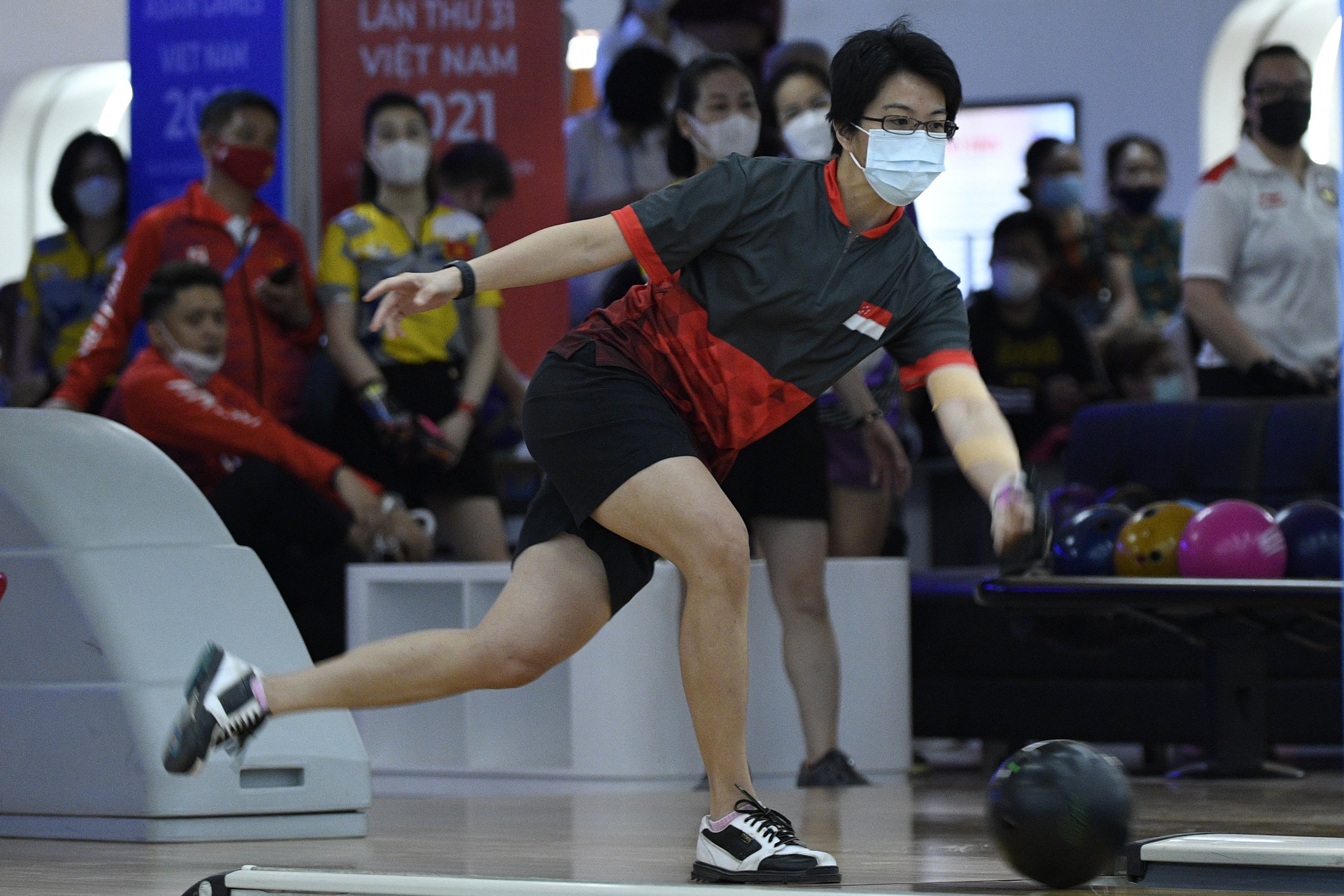 Cherie said, she felt she was making good shots in the opening game, but they just did not translate into as many strikes as she would have liked.

“I stayed patient and made adjustments here and there and it turned out well. I hit it big in the fourth and fifth games,” she said.

Her victory continues Singapore’s dominance in this event: the Republic’s bowlers have won the women’s singles at the SEA Games since 2011, except for the 2013 edition when the sport did not feature. It is also a hat trick of SEA Games titles for the reigning Silver medallist at the 2021 IBF World Championships, after her triumph in the 2011 and 2017 biennial Games.

She said: “I was very relieved. The pressure to win gold for Singapore is actually quite high. We’re one of the most experienced ones out here and we always have a target on our backs.”

Defending champion Hui Fen, said while she feels a little disappointment not to have been able to retain her title, it mattered little if Singapore was still crowned champion.

“As long as Majulah Singapura is playing, it doesn’t matter whether it’s me or Cherie winning gold. I’d be lying if there wasn’t any pressure as the defending champion. But it’s not really about defending. It’s about fighting for every medal that’s on the table and I did that today," added Hui Fen.

Singapore’s dominance in the women’s singles, extending a streak that began in 2011, shows not only the quality of the team, but also the depth of the squad. 3 different bowlers have won it along the way:  Cherie, her younger sister Daphne Tan (2015) and Hui Fen in 2019.

“It shows that we have depth and it has been rotating among the few Singaporeans. It speaks volumes about our team. It’s great to win, but at the end of the day the job is not done. We still have two more events," stressed Cherie.