TeamSG picked up some historic titles on May 20 at the Hanoi SEA Games, winning gold medals in some events for the first time.

There was a long-awaited win in Cuesports that finally came after past near misses, as well as a first-ever gold in xiangqi.

From coach and charge to teammates that make billiards history

Peter Gilchrist and Alex Puan beat Myanmar 3-1 in the English Billiards doubles, finally clinching a title that had long eluded Singapore. It was the 6th time Peter had attempted to win this gold, having clinched a silver and four bronzes since 2009. 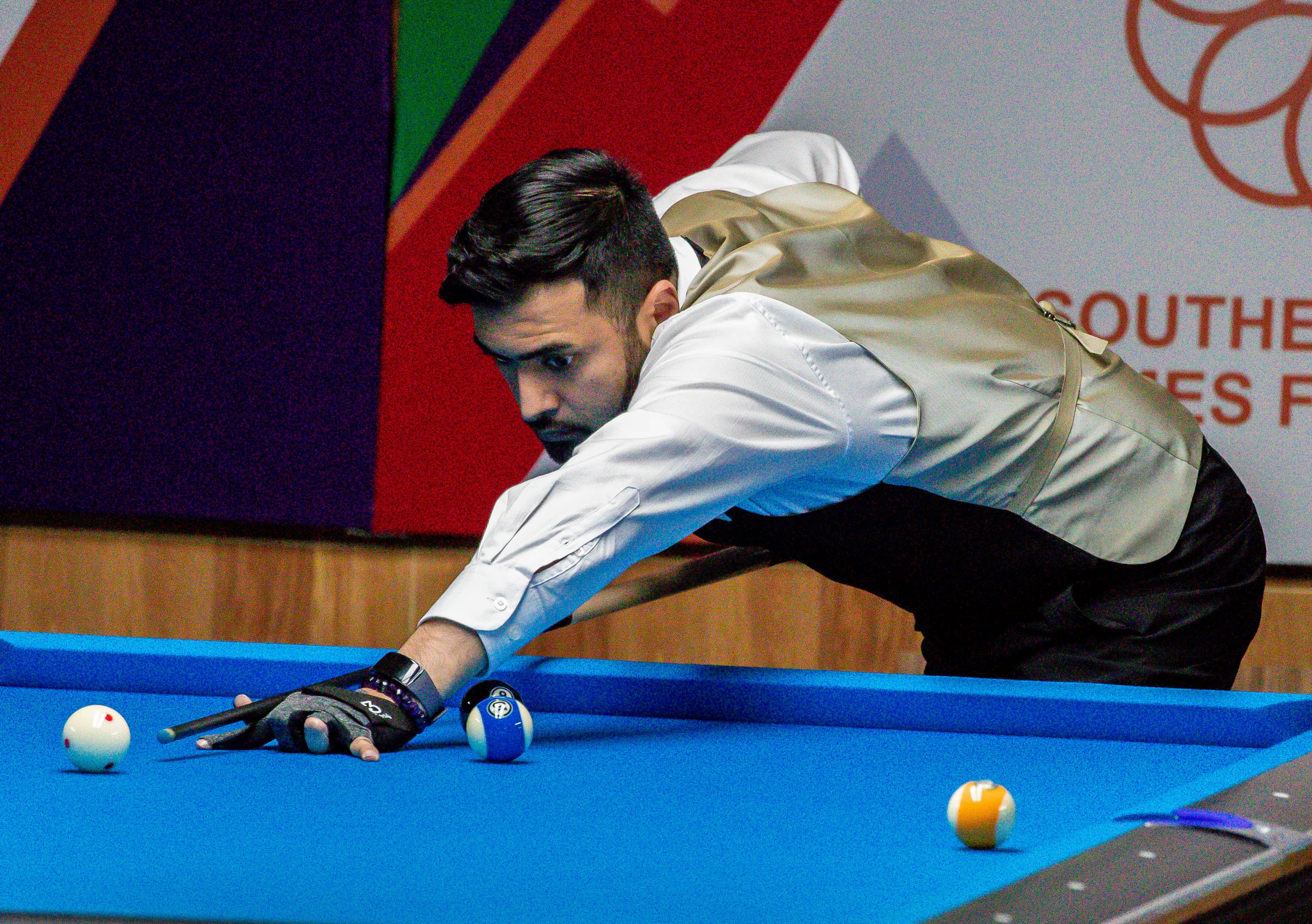 In the men’s 10-ball pool singles, Aloysius Yapp and Sharik Aslam Sayed both took joint bronzes, after being beaten in their respective semi-finals. 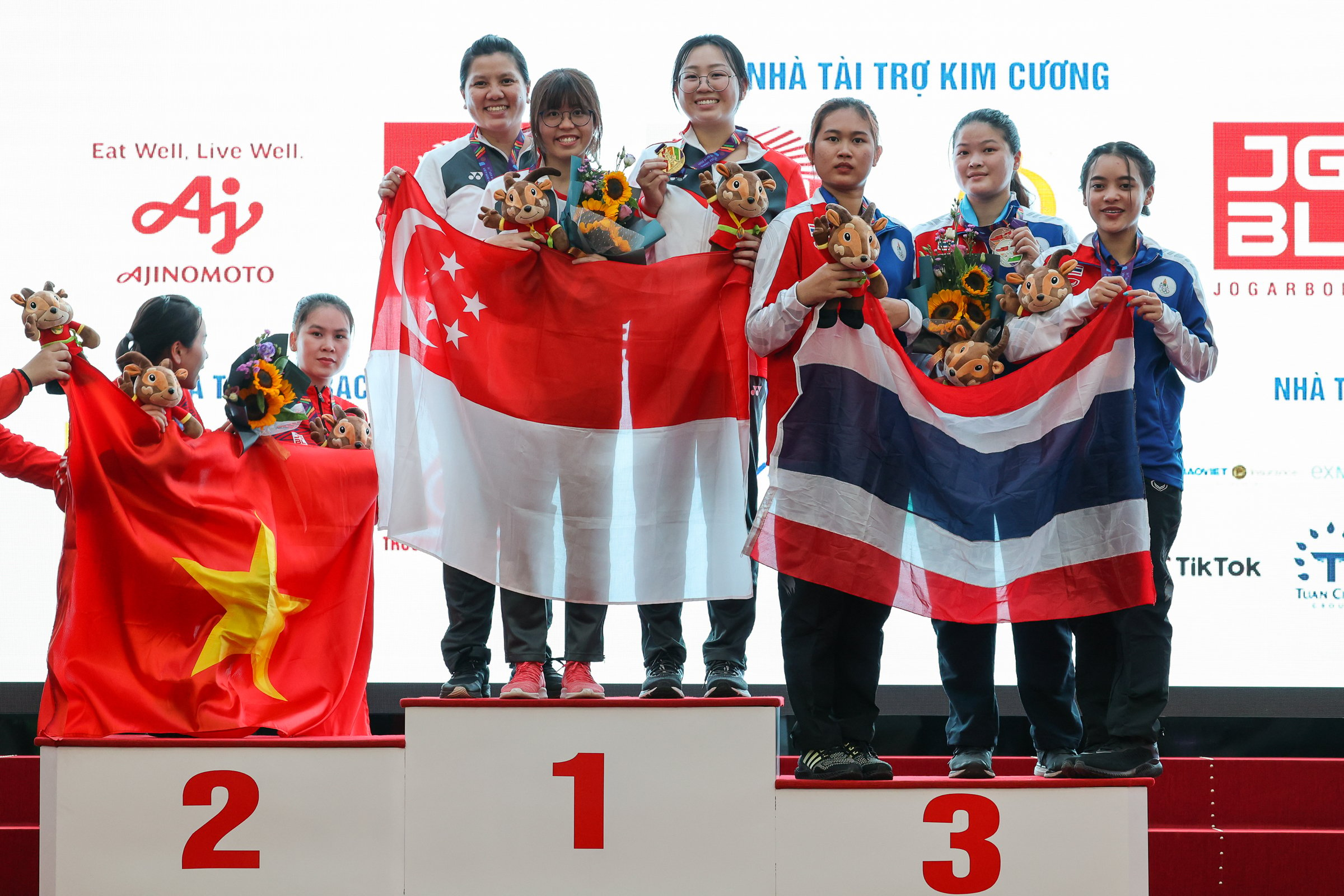 It was Xiu Hong's 2nd gold medal, after the 27-year-old also won the 25m individual pistol two days earlier. She, as well as Shun Xie did well enough to qualify for the final and finished seventh and fifth overall respectively. 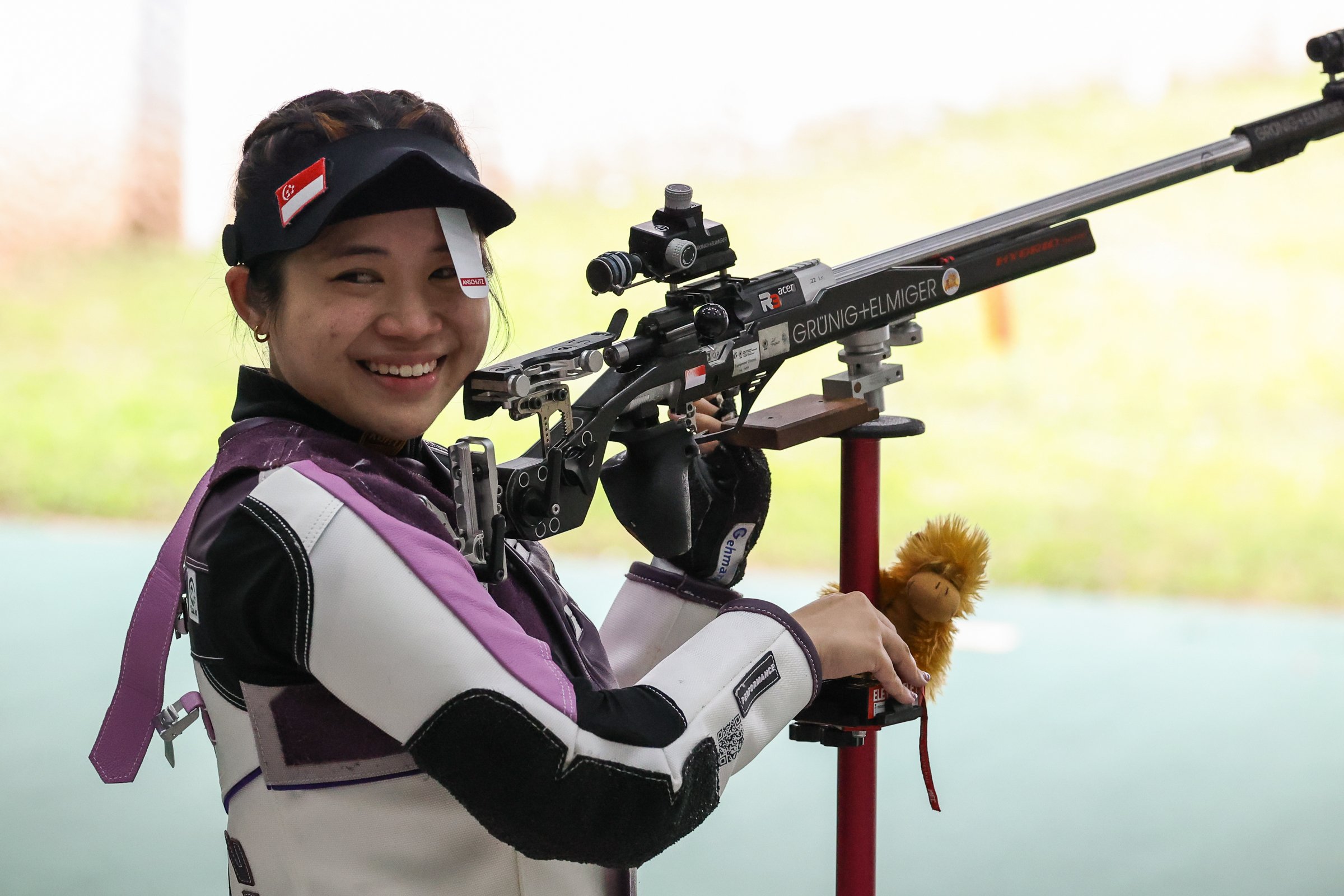 Martina Veloso posted 435 points to clinch a bronze in the women’s 50m three positions, her first SEA Games silverware in this event. She has two gold medals from the 2017 and 2015 editions, when she specialised in the 10m air rifle. Alvin Woo ensured that Singapore would claim a title at the first time of asking in xiangqi, when he won the men’s standard singles event by beating Cambodia’s Hok Kung in Round 7 to take gold.

This is the first time xiangqi has featured at the biennial Games. TeamSG finishes with a gold, a silver and two bronzes. 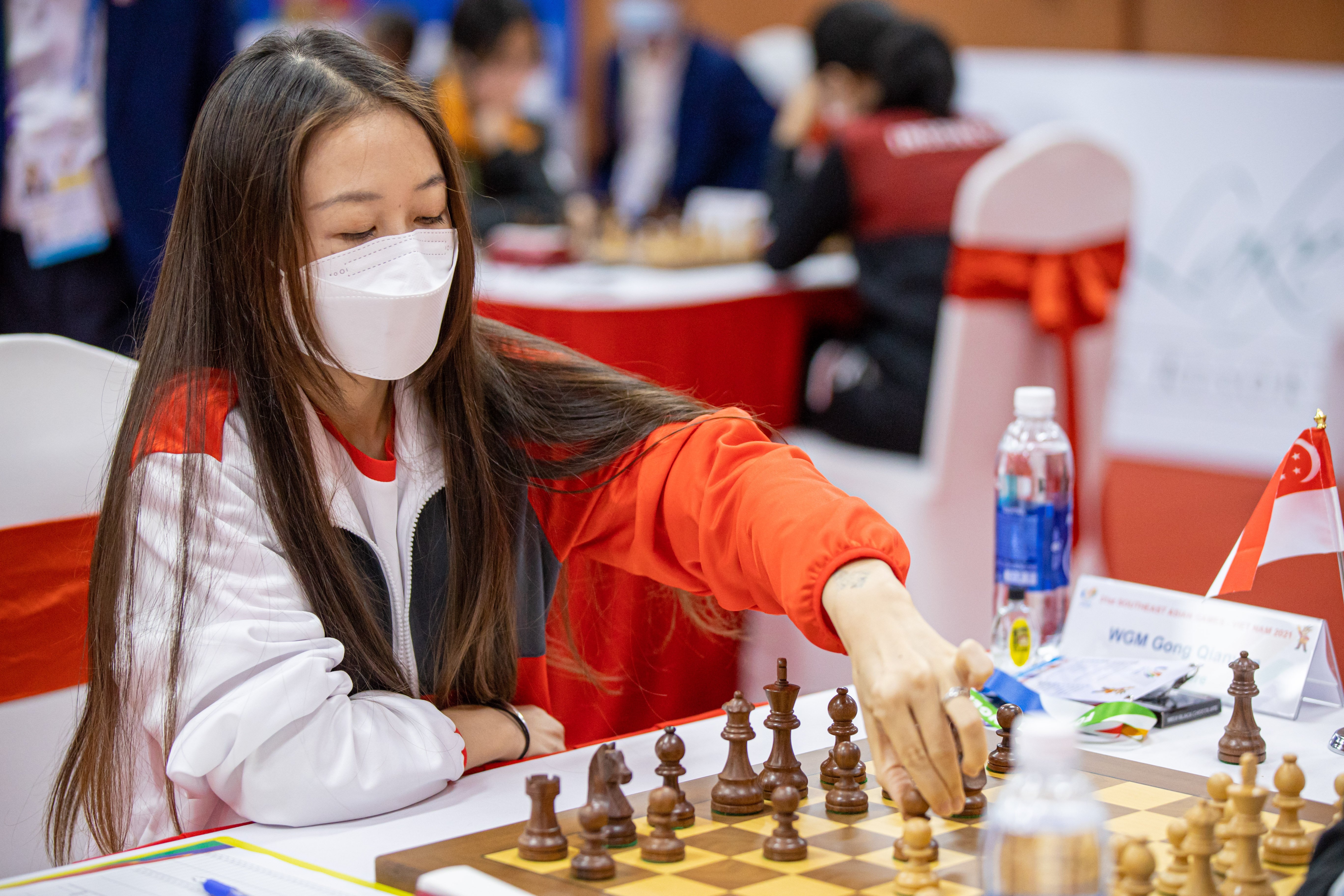 Chess masters on the podium again

Tin Jingyao won his third medal of the Hanoi Games, taking a joint bronze in the chess men’s individual blitz event, when he lost to Vietnam’s Le Quang Liem in the semi-finals.

Teammate Gong Qianyun also came away with a joint bronze in the women’s individual blitz, after losing to Sihite Chelsie Monica Ignesias of Indonesia. This is her second medal, after a silver in the women’s rapid event a few day earlier.

Luo Yiwei clocked 40:47.051 in the women’s individual time trial finals, crossing the finish line 2nd out of 11 contenders. It is her third consecutive silver medal, after finishing second in the omnium in 2017, and the time trials at the last Games in 2019. 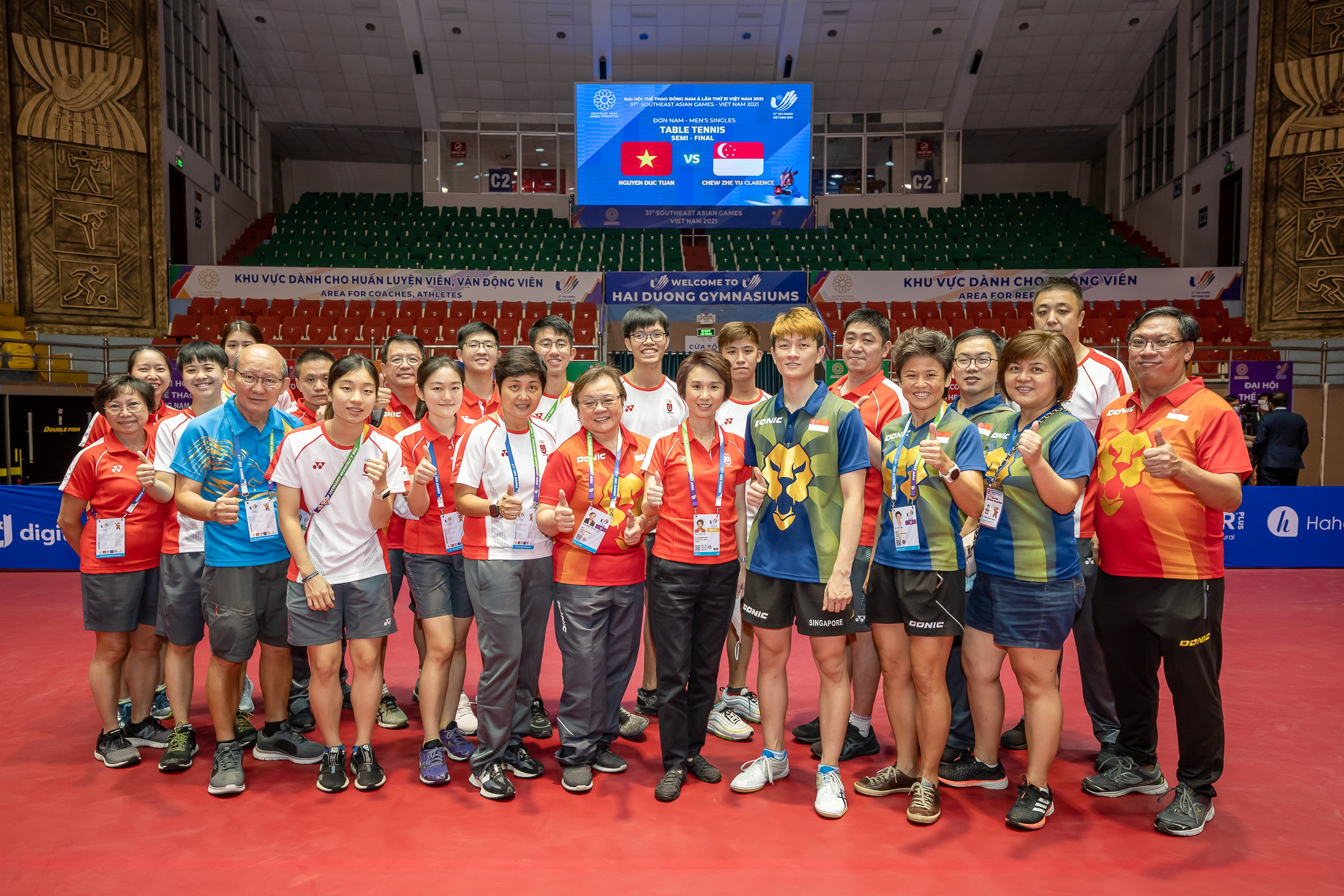 TeamSG wrapped up their Hanoi Games campaign with two gold, three silvers and four bronze medals. Clarence Chew and Zeng Jian closed out the last day of the competition with the singles event, both winning bronzes. 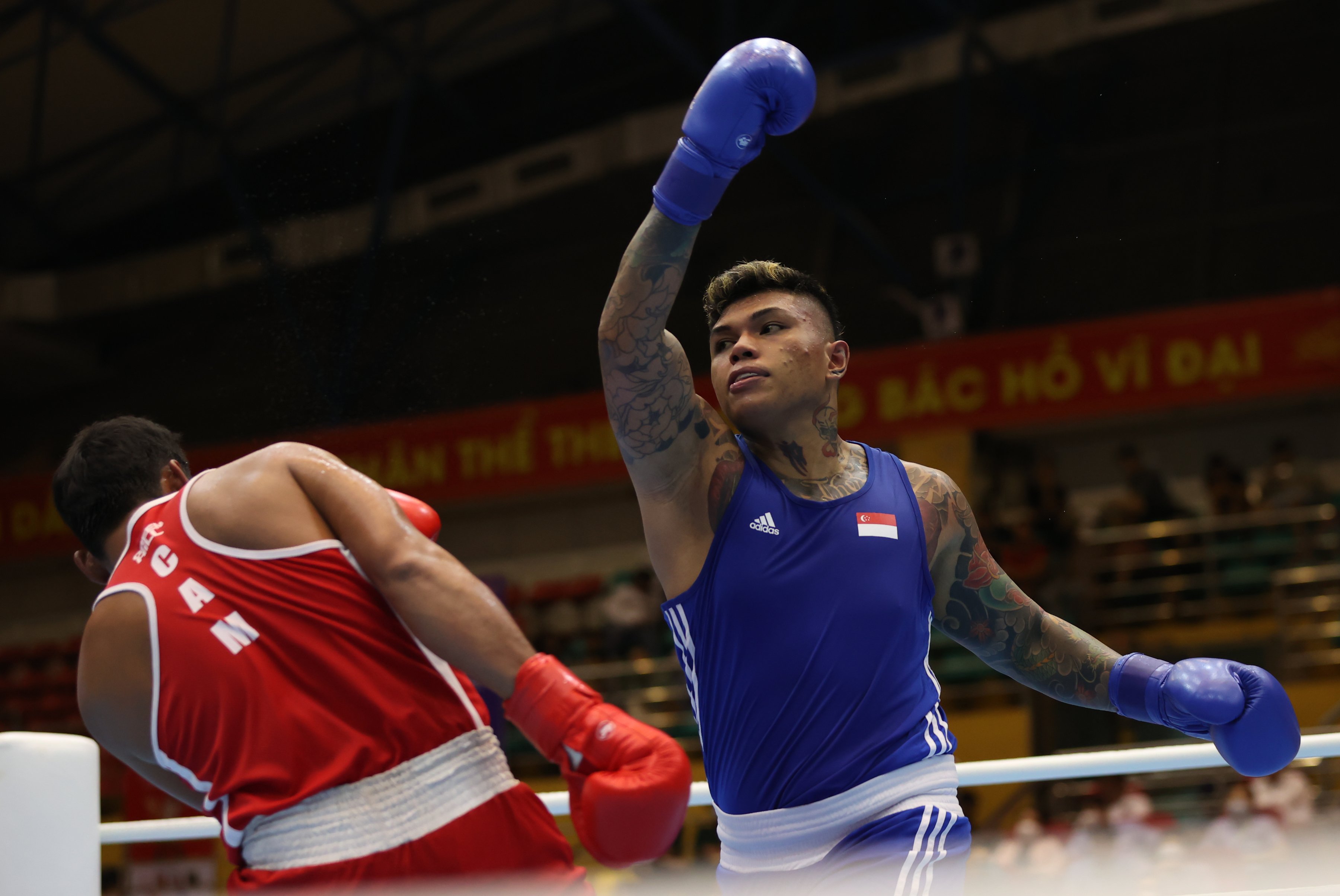 Team Singapore's Muhammad Dinie Hakeem rounded up boxing’s stint at the Hanoi SEA Games with a joint- bronze medal on 20 May in Hanoi.

In the semi-final of the 75-81kg weight class, the 25-year-old was beaten by knockout by Cambodia's Phearak Ong and was awarded the joint-bronze. This is his 2nd SEA Games bronze medal. He had won the first at the 2017 Games in Kuala Lumpur, also in the 75-81kg category.