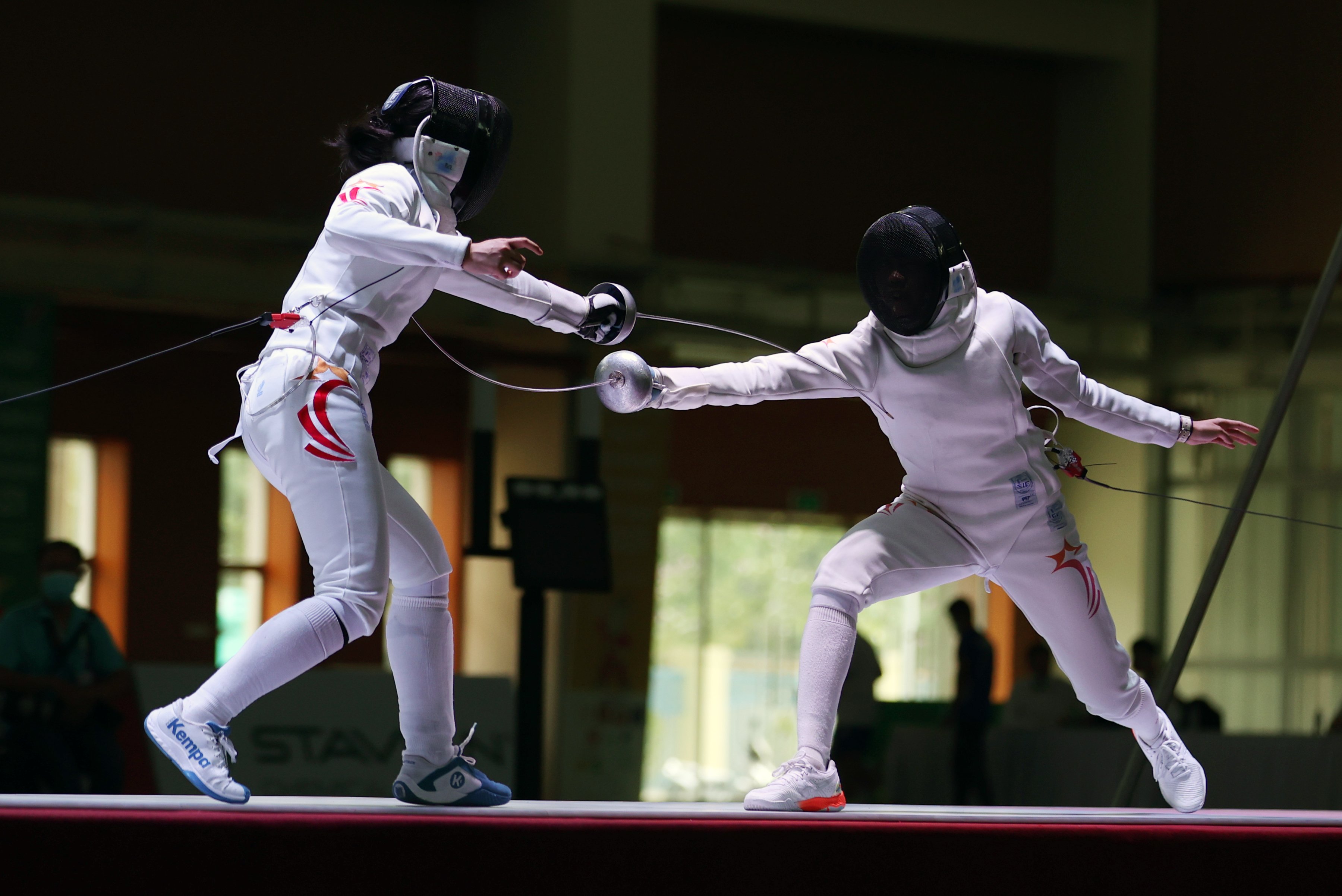 The first official competition day (May 13) at the 31st Southeast Asian (SEA) Games was a fruitful one for Team Singapore, adding a gold, two silvers and three bronze medals to its overall haul.

It included a thrilling one-two podium finish from the Women’s Epee fencers, courtesy of a debutante who did not even think she would qualify for these Games.

There was a hard-earned bronze from the Men’s Gymnastics team, and there was also a momentous win – the first in close to four decades – delivered by the women’s football team to boot. 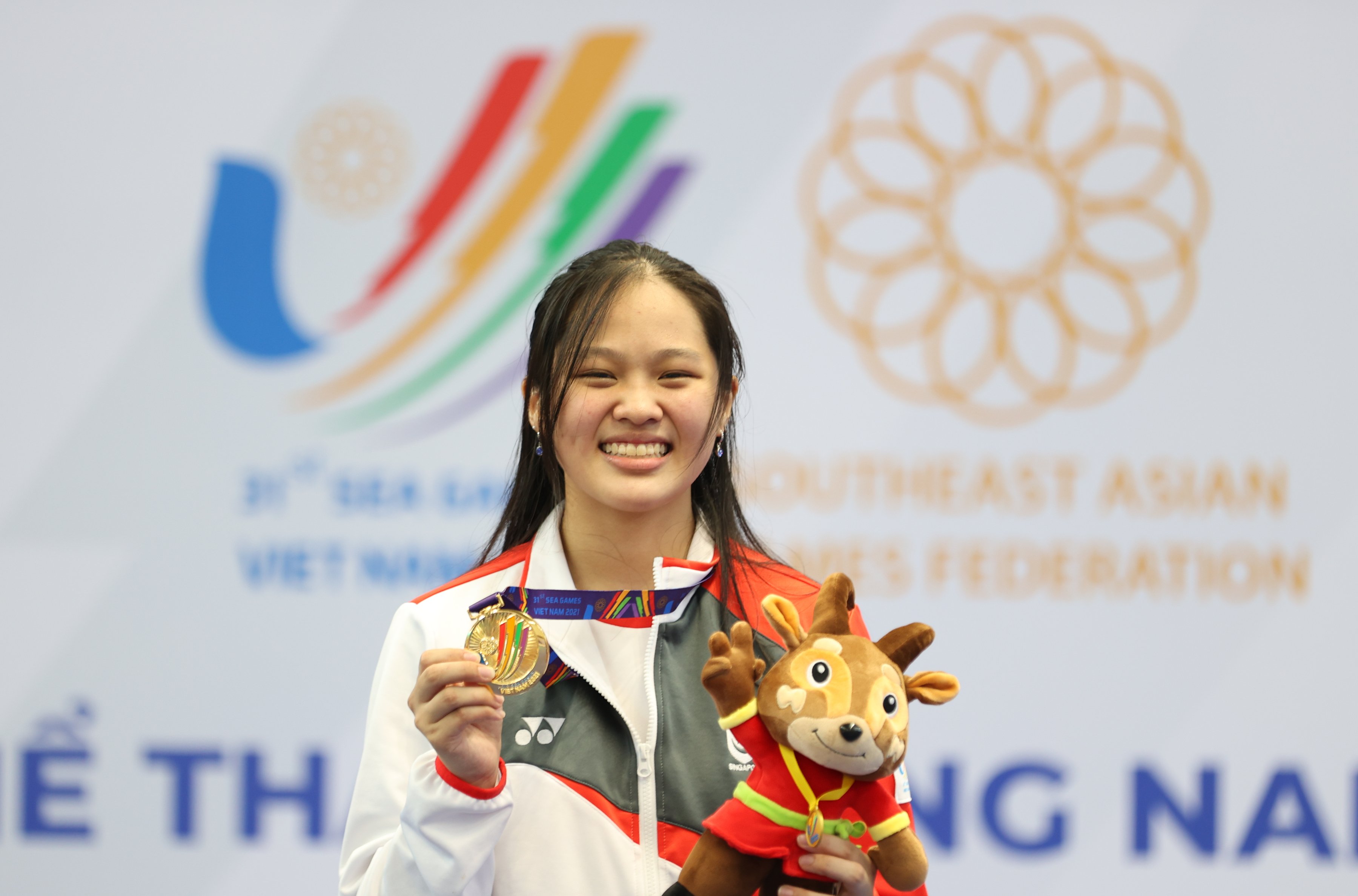 Defending champion succumbs to close defeat against friend and compatriot!

Elle Koh defied the nerves of a first SEA Games, the odds of not being an dedicated epee specialist until recently, and the pressure of playing a teammate for a fairytale finish in the women’s individual epee final.

The 14-year-old beat Kiria Tikanah Abdul Rahman 12-11 in a sudden death final to clinch gold at the Hanoi Indoor Games Gymnasium. The victory stunned Elle herself, who admitted she was just trying to earn a creditable score against a seasoned teammate who was the defending champion.

Trailing 9-11 with 16 seconds to go, it had looked like Kiria, a Tokyo 2020 Olympian, would take victory. But the teenager's gritty comeback led her to gold, fist pumps and shrieks of celebration.

With a 1-2 finish, the women’s epee team are feeling confident for the upcoming team event.

Said Elle : “This has definitely made me less nervous, because I’ve already experienced everything today. At the beginning of the day, I was extremely nervous and I could tell that it was affecting my fencing quite badly. The nerves went away over time as the competition progressed. I think (this) will greatly benefit the team event because I won’t be as nervous and I’ll be more confident to just do my thing." 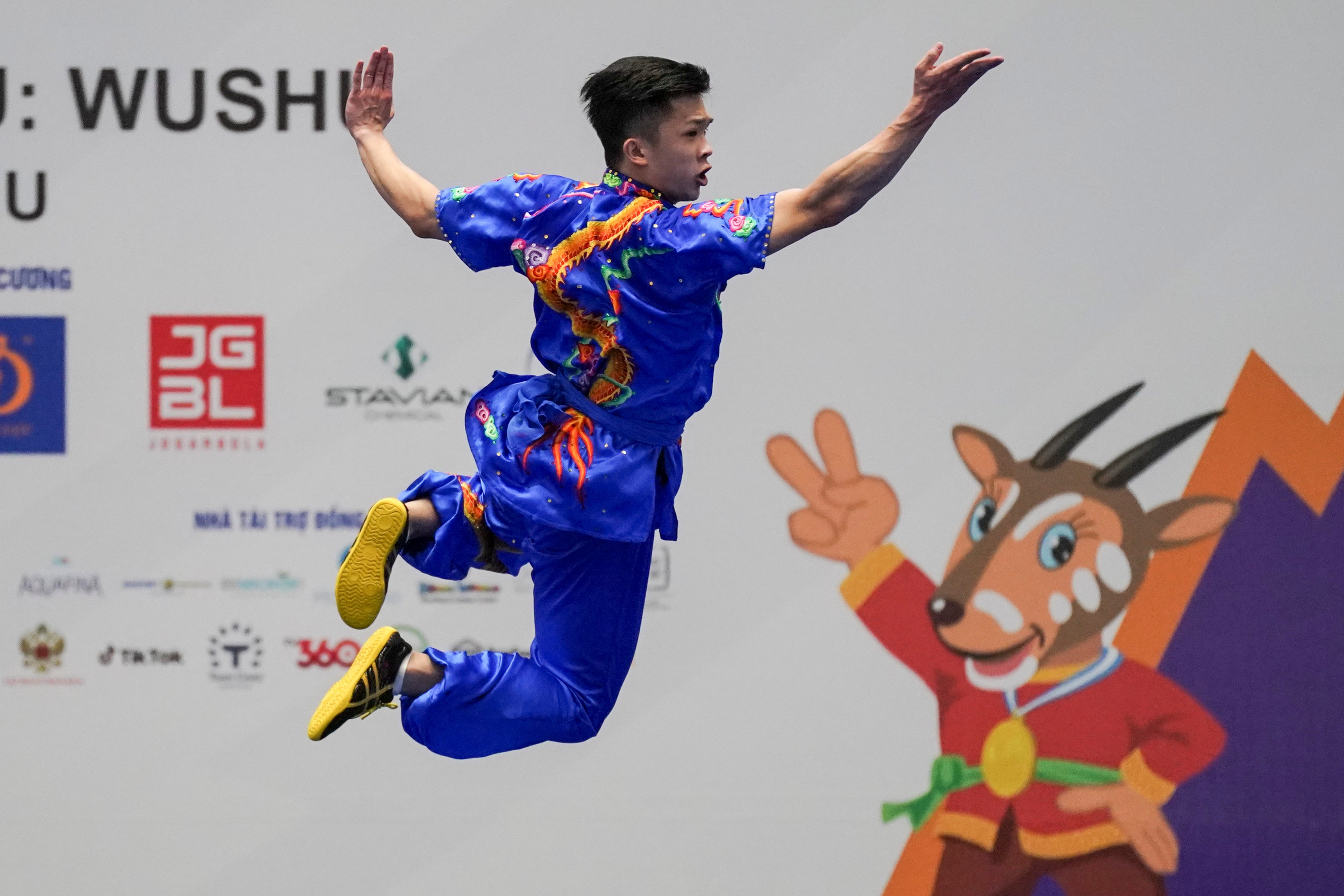 Thousandth of a point separates Jowen Lim from the top, but silver is good as gold

Wushu exponent Jowen Lim won a silver in the Men’s Changquan, improving on the sixth place he posted at the last SEA Games in this event.

He was heartbreakingly close to gold, finishing behind Malaysia’s Clement Ting by just 0.001 of a point. Still, he said being able to complete a clean and “perfect” routine was all he could have asked for, and a podium finish is a welcome bonus any day. 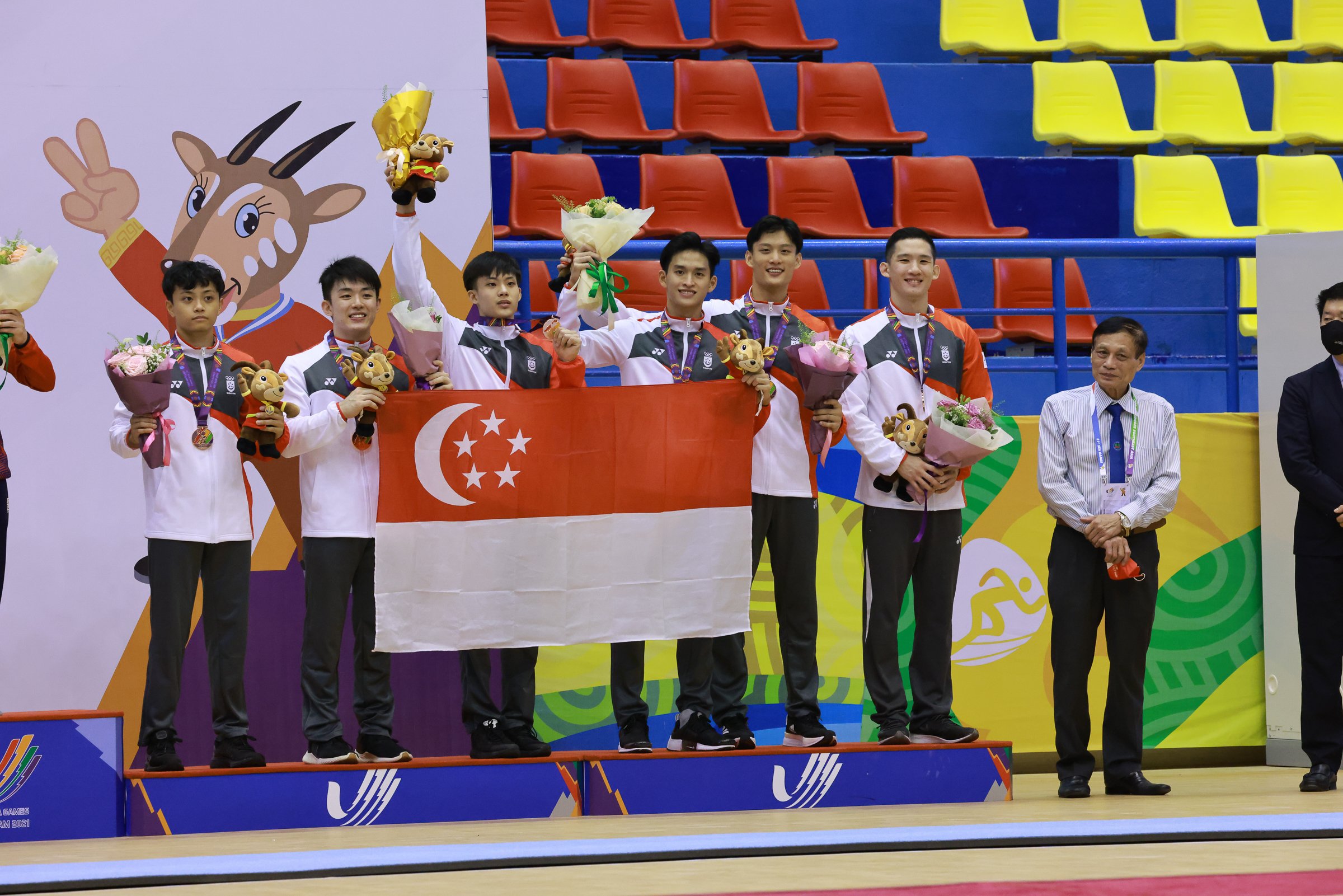 It equals their showing at home from the 2015 edition, the only other time that the men’s team have finished on the podium at the regional Games. All the more laudable, considering four out of six of the team are debutants. 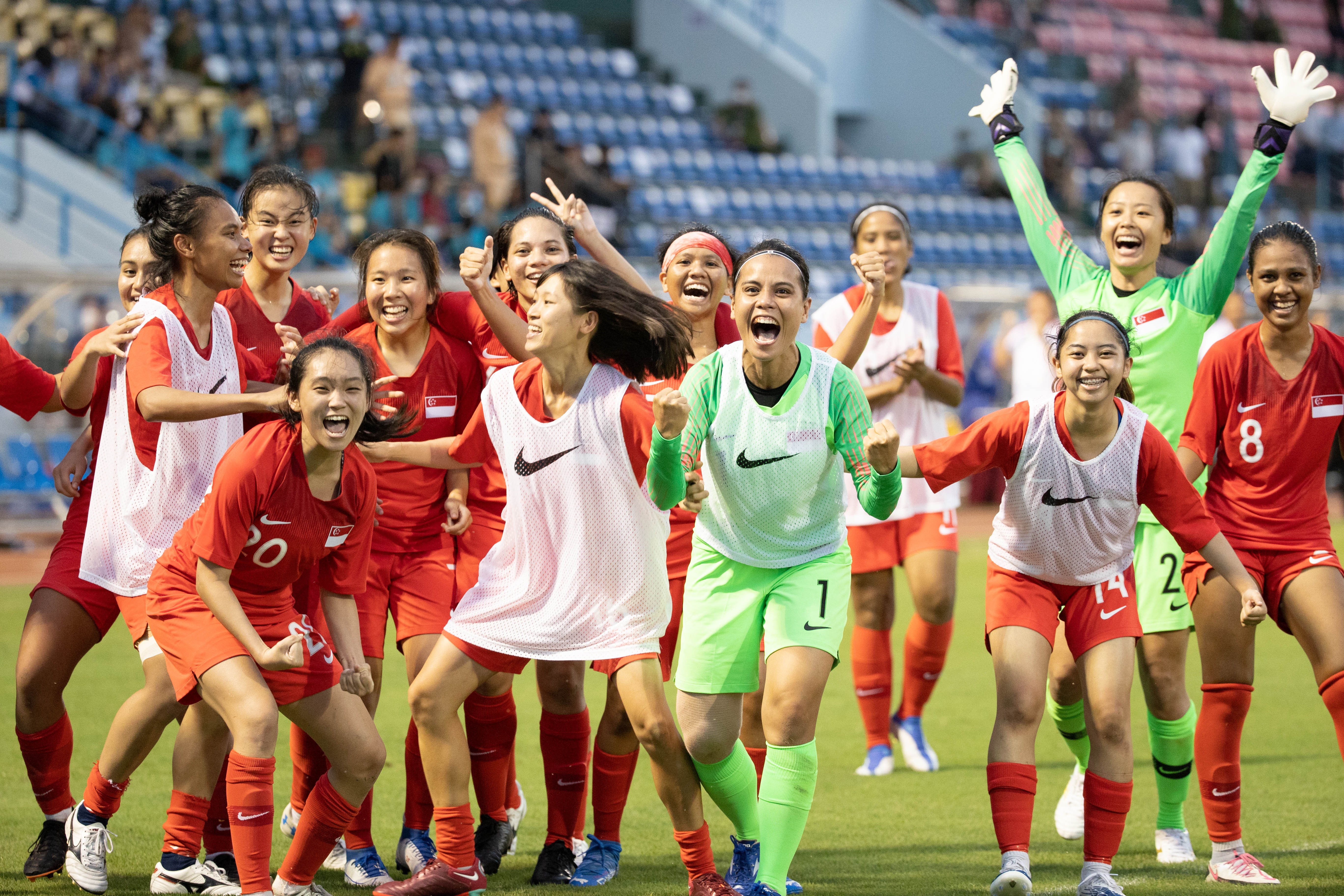 Singapore’s Women’s Football team have not been to a SEA Games since 2003, and they’ve not won a match since 1985. All that changed on Friday evening when they beat Laos 1-0.

The result is all the more significant considering the Republic is ranked No. 135 in the world, many rungs below Laos, the world No. 83.

The team had to fight until the end for that result, and it came in the 94th minute courtesy of No. 10 Nur Izzati.