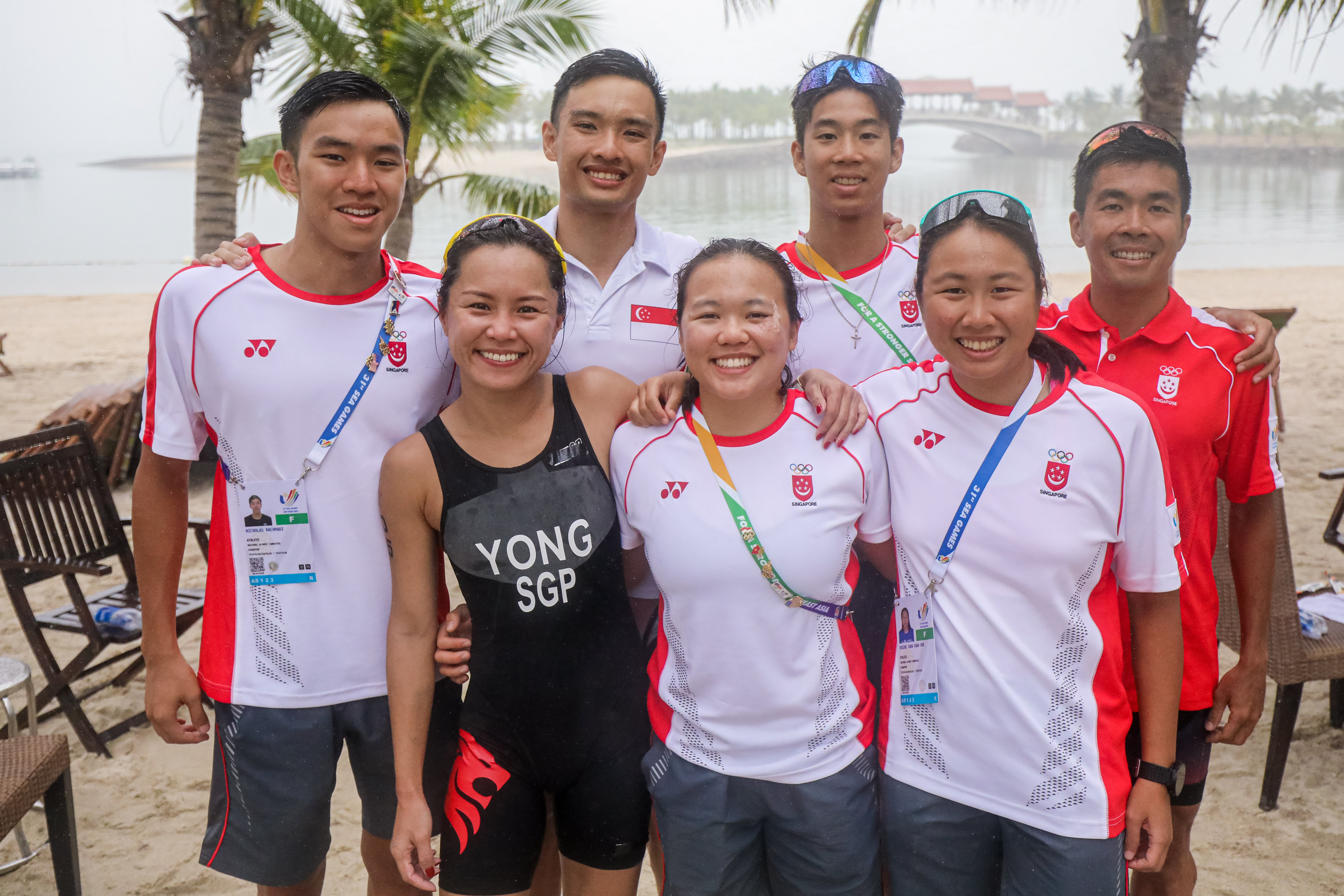 More than a few things went against triathlete Herlene Yu in her campaign at the Hanoi SEA Games today (15 May).

A crash just four months earlier temporarily put her out of action, then an achilles injury two weeks before the event. Having typically trained for the sprint (750m swim, 20km bike and 5km run), the Hanoi Games was also the first time she would compete in the Olympic distance (1.5km swim, 40km bike ride, 10km run). 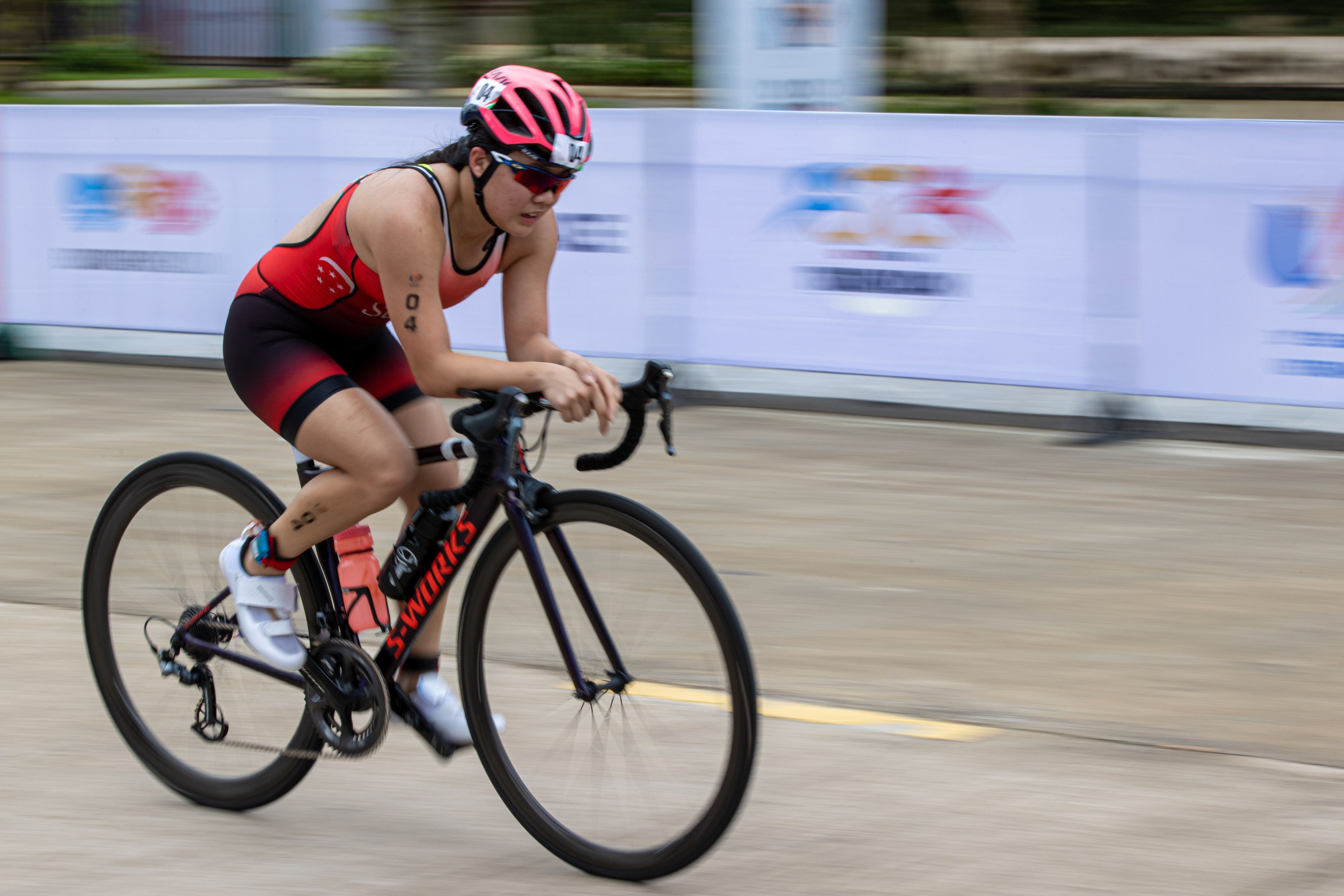 She came away 5th in the women’s event in a commendable 2 hrs 20 mins 12 secs effort, given the circumstances. Still, to have been within touching distance of a medal meant the 20-year-old could not help but be a little disappointed.

“It went well until about three-quarters of the bike. I was hanging onto second with quite a big lead over the people behind me,” she said.

“Being new to the distance, things just came up unexpectedly. Knowing that I was fit, but not fit enough for the distance was something that was hard to handle. My injury blew up and on the run it just made it harder.” 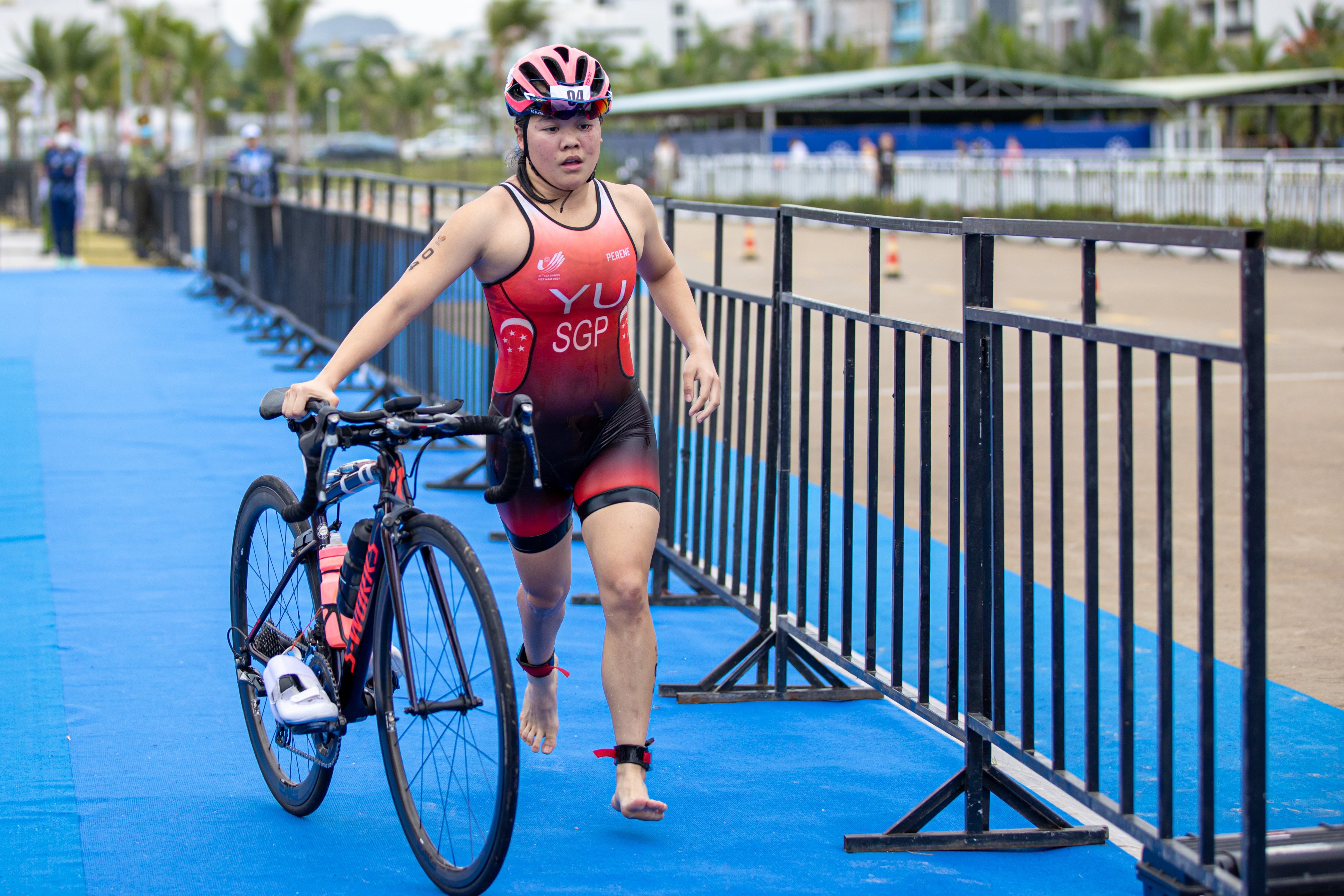 As a 20-year-old studying physiotherapy in Perth, Herlene still found some positives to take away. She said: “It’s a bit hard to deal with the disappointment in the moment, but it’s something to be proud of. I did see some promise. It gives me confidence to know that I am there, I’ve just got to work on some things to get where I want to be.” 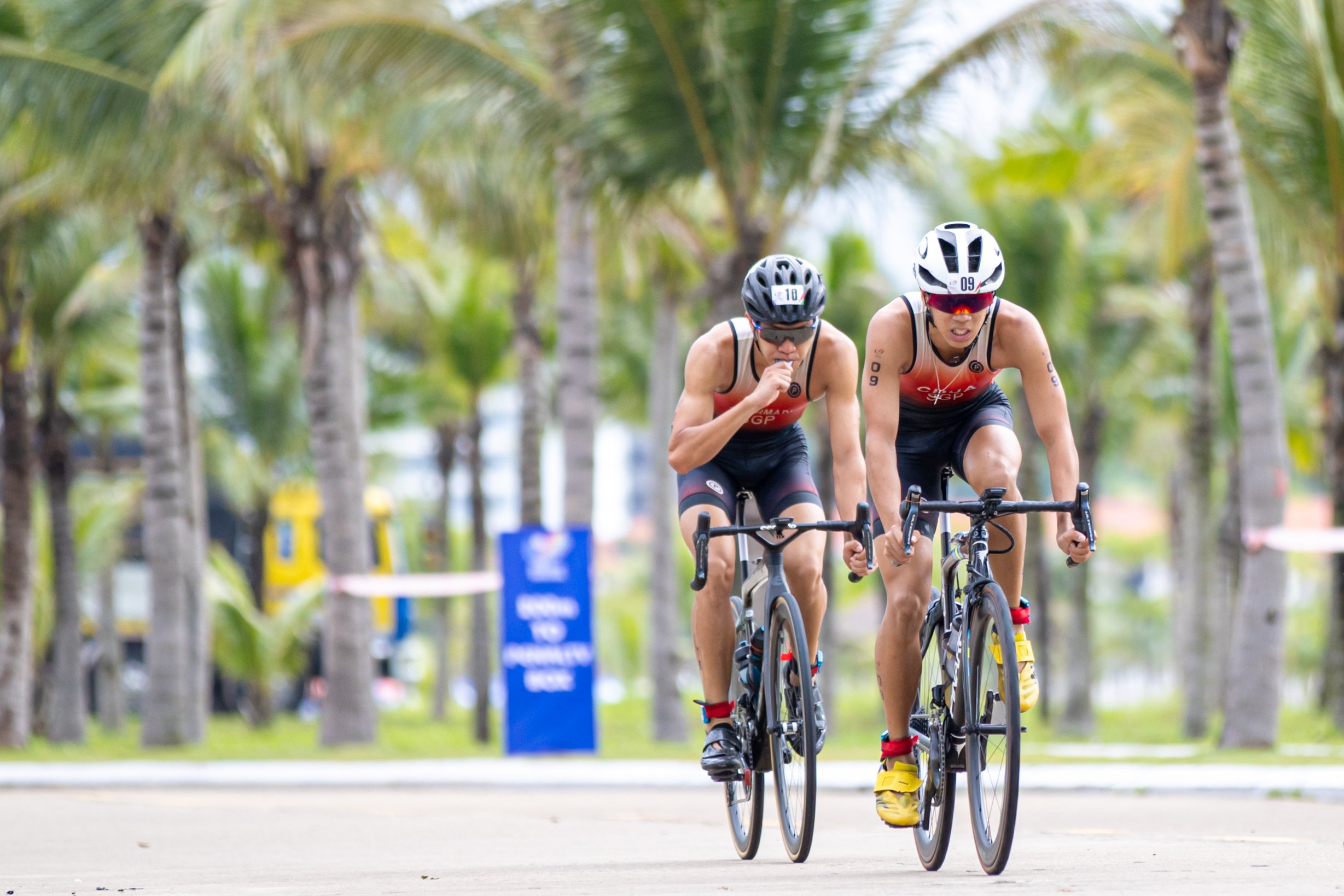 Her 5th place showing was joint-top placing among Team Singapore’s duathletes and triathletes. Teammate Regine Goh was ninth (2:35.450) in the women’s triathlon. In the men’s triathlon, Luke Chua was seventh (2:06.59), ahead of 8th-placed Nicholas Rachmadi (2:07.24). In the Men’s duathlon, Ahmad Arif bin Ibrahim was leading the 11-strong field by about 50 seconds, but similarly missed out on the podium after an unfortunate crash on the bike. The duathlon is a physical test over a 10km run, 40km of cycling, followed by a 5km run. 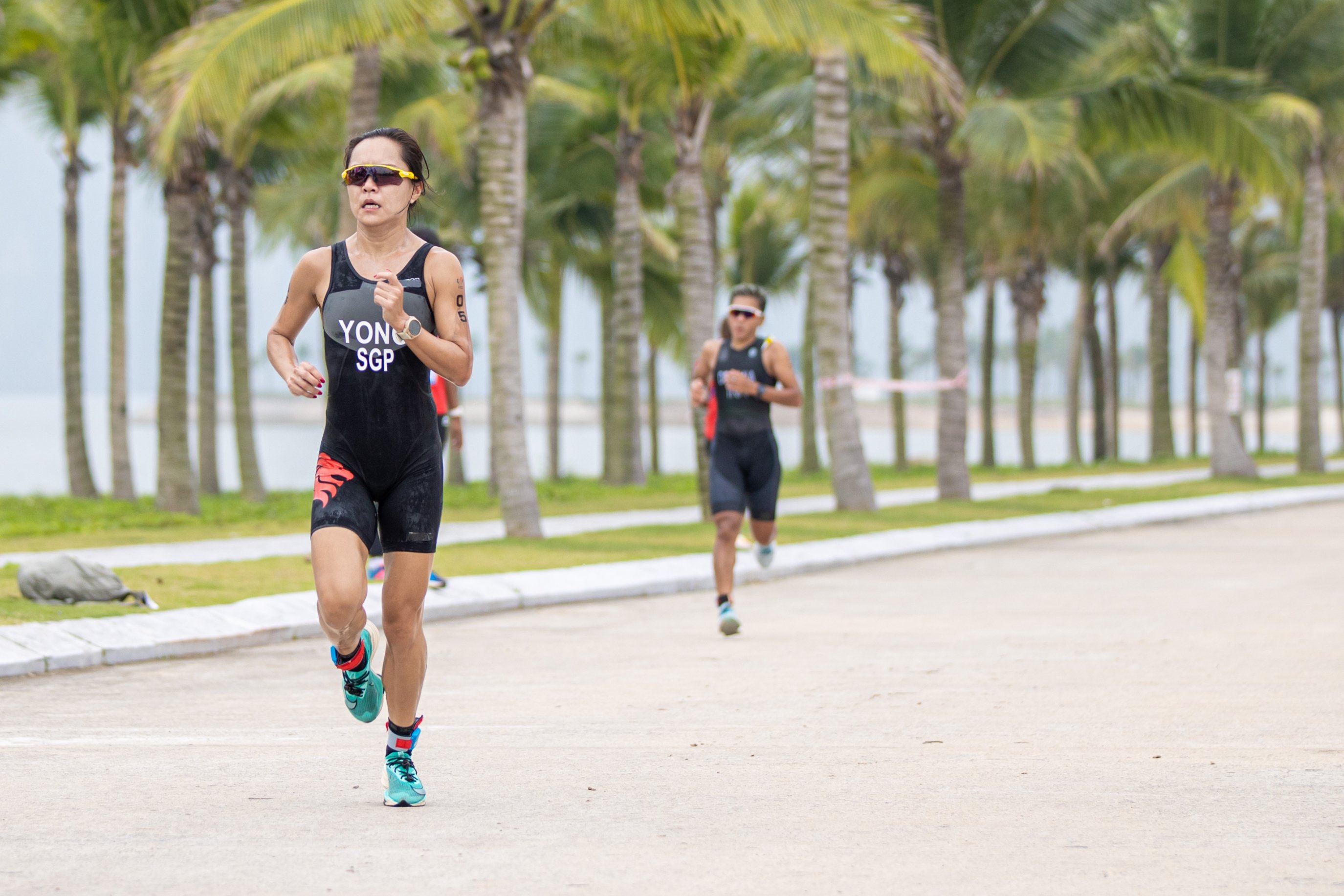 Said Arif, a 28-year-old teacher: “I’m a bit bummed, because I had a good chance of a medal. I went too hard into a corner, slipped, and both legs gave way. It effectively put me out of the medals. 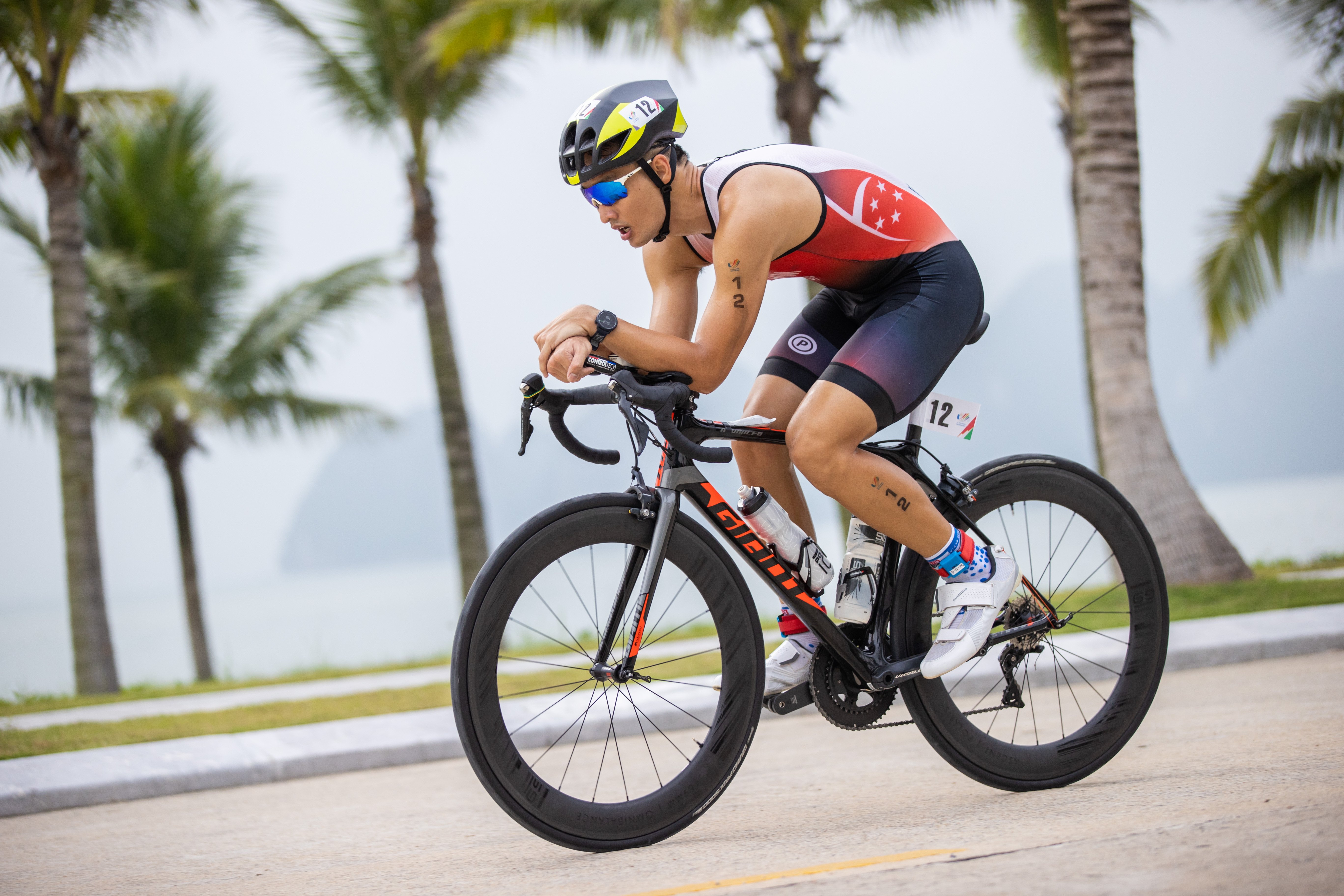 “I was just trying to calm myself back down, but both legs were cramping so I was trying to stop the cramp first and get my legs going again. If I can’t get a medal, I’ll just try to finish the race.”

Singapore may have ended its duathlon and triathlon competitions without silverware, but the athletes can take heart in how they have contended with the region’s best.

Said Arif: “We showed that Singapore is still in contention. The Philippines and Indonesia have been rising to the top recently. Many in our team are studying, or working, and our competitors are full-time athletes, but we’re still giving them a run for their money and showed that we’re still a force to be reckoned with in the duathlon and triathlon scene.”