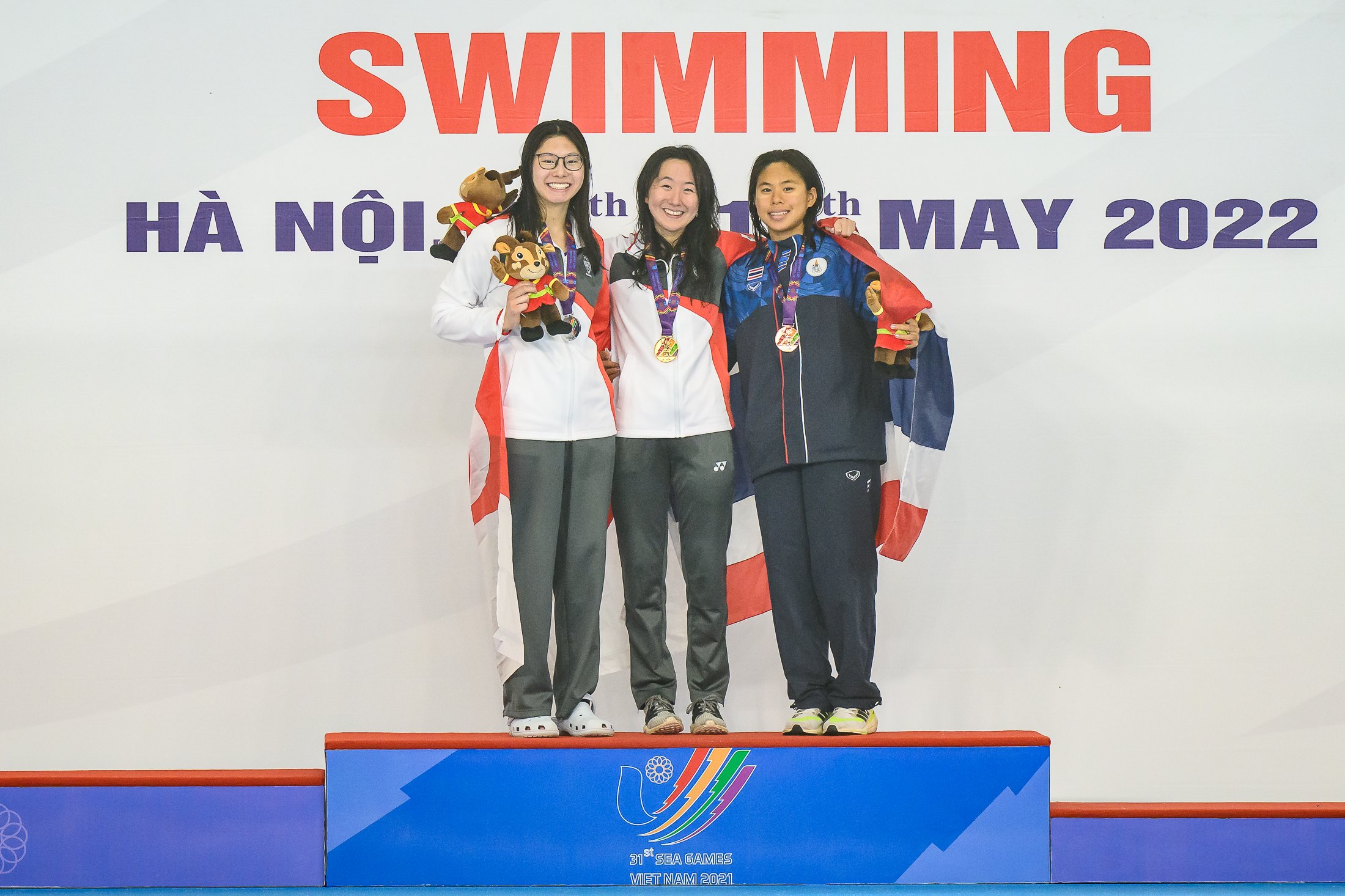 One family name was heard multiple times at the My Dinh Water Sports Stadium on 14 May, as the swimming competition at the Hanoi SEA Games began: Quah!

Singapore’s Quah siblings – Ting Wen, Zheng Wen, and Jing Wen – all stood atop the podium when they cruised to victory in their respective events, part of a haul of four gold and two silver medals at the pool on Saturday. 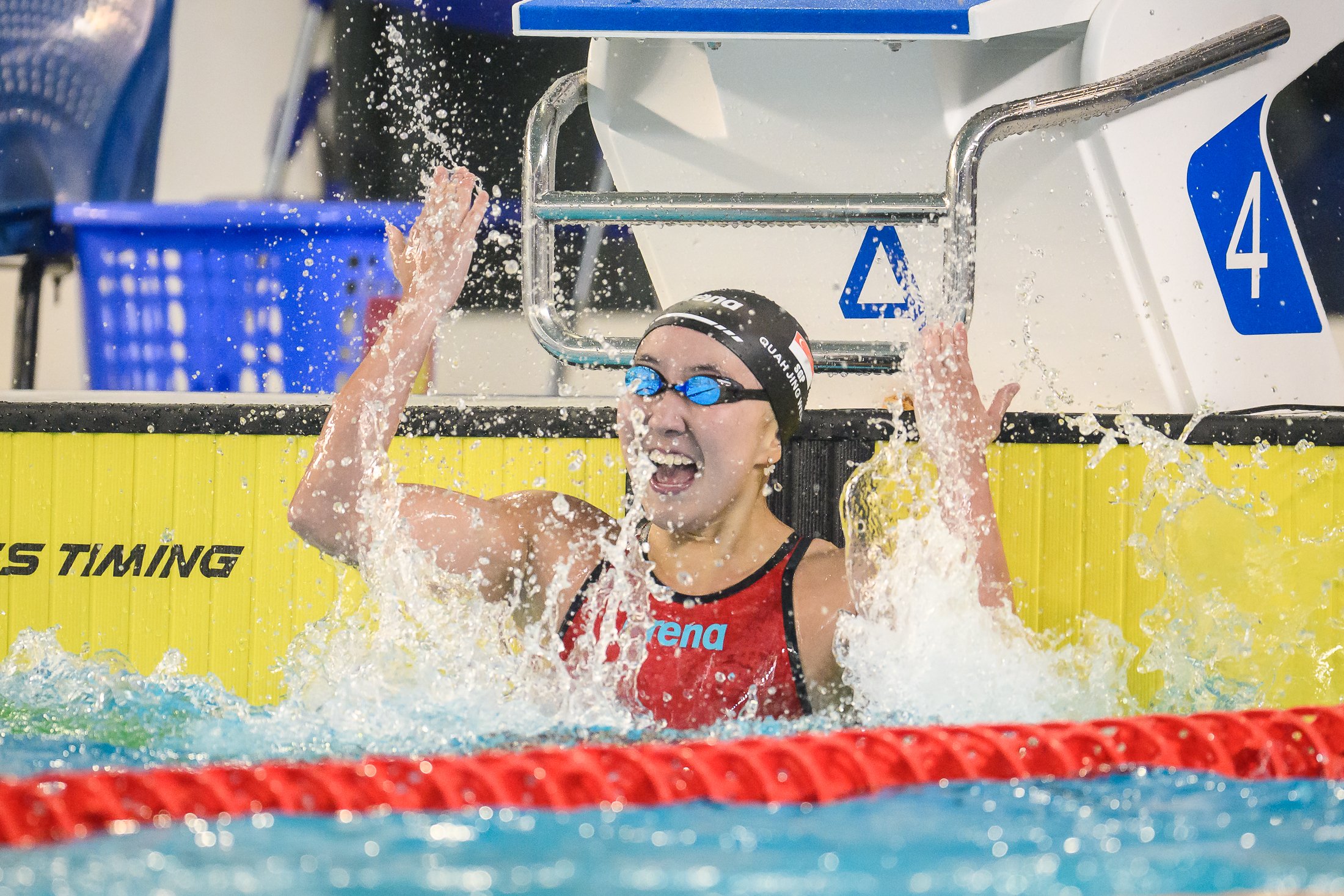 Said the 21-year-old: “For the 200m IM, I was just planning to go in and have fun. I do some of the IM, but I have been focusing a lot more on my butterfly. It was just a ‘have fun’ event, see how fast you can go. A lot of the swimmers here, we don't chase titles or anything. We chase to be better than our previous selves. These extra things are all a bonus.”

Going under 2 min 10 secs in the 200m fly was something that Jing Wen was especially pleased with. She said: “I just wanted to go there and show the world what I can do. My training has always been pretty good and I feel like it doesn't really translate to racing as much – until now. I feel like I still can go faster and the world still hasn't seen the best of me yet.” 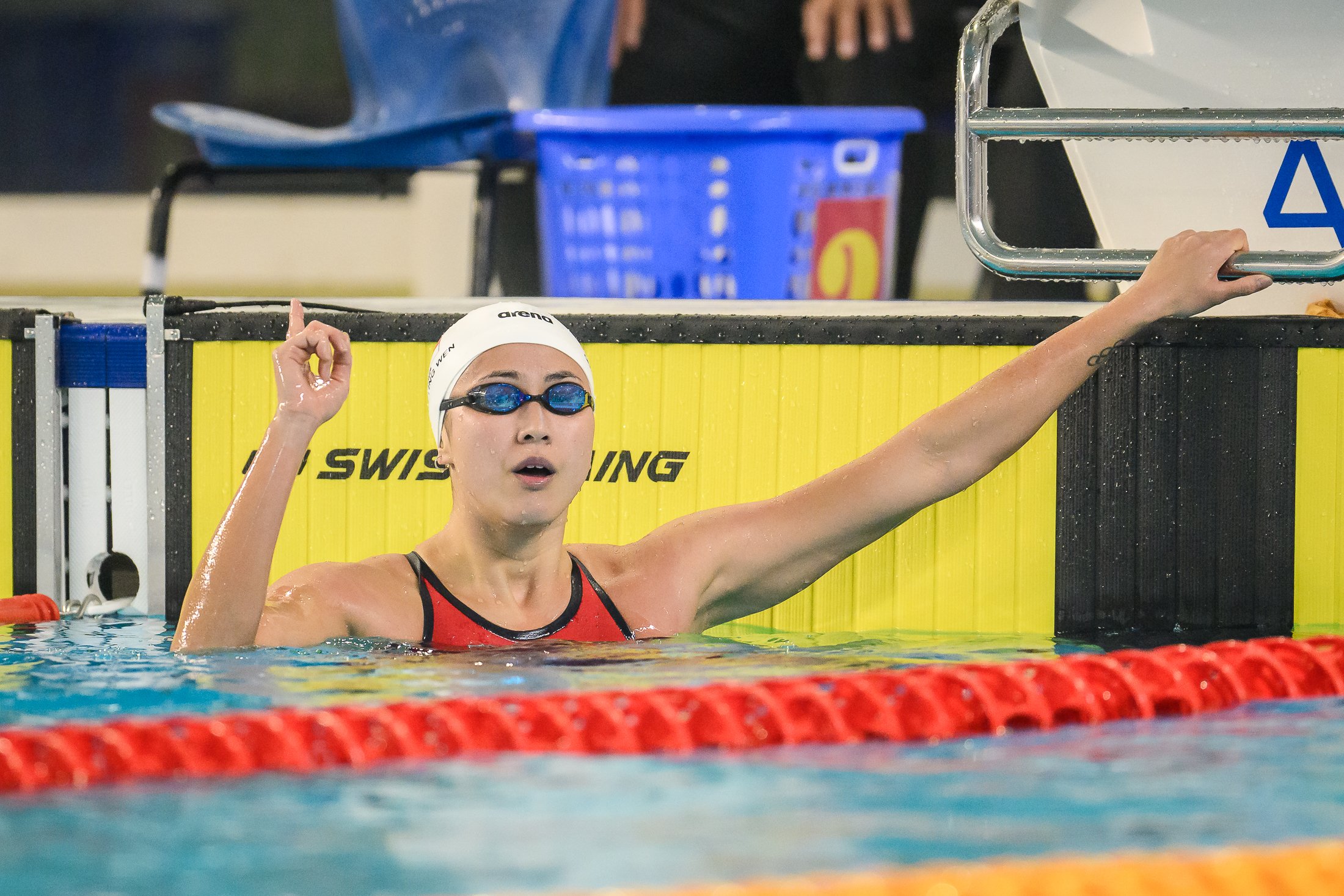 Elder sister Ting Wen made it a 4th consecutive win in the 100m freestyle, clocking 55.60s to take gold. She has won it at every edition of the biennial Games since 2015 in Singapore.

Said the 29-year-old: “I’ve a lot of pride when it comes to this, this event is special to me. In a way I kind of like that I got it off this way, first day, first event. We’ll see how the rest of the meet goes.” 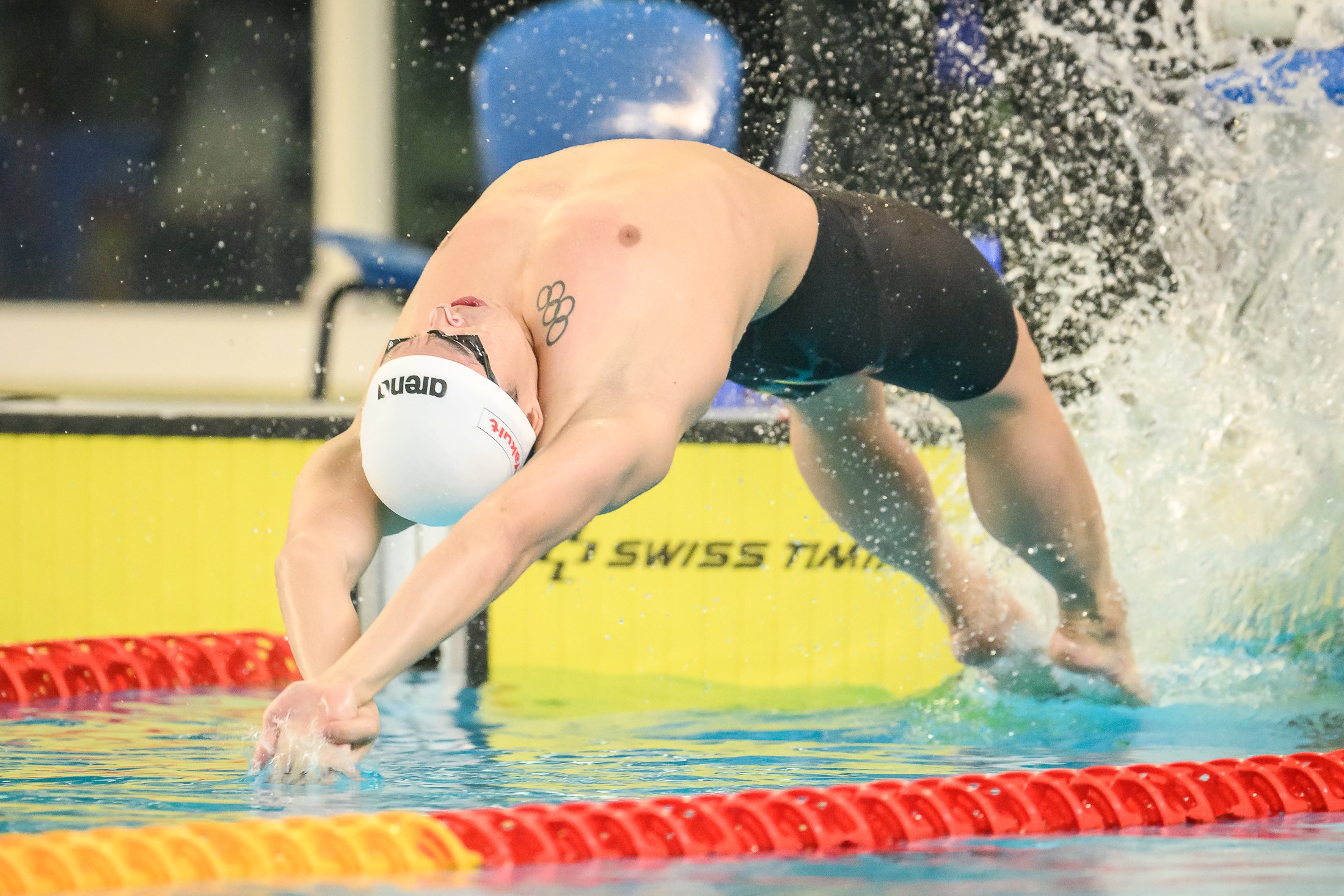 Zheng Wen also continued his dominance in the 100m backstroke, finishing in 54.83s for his 4th straight win in this event. 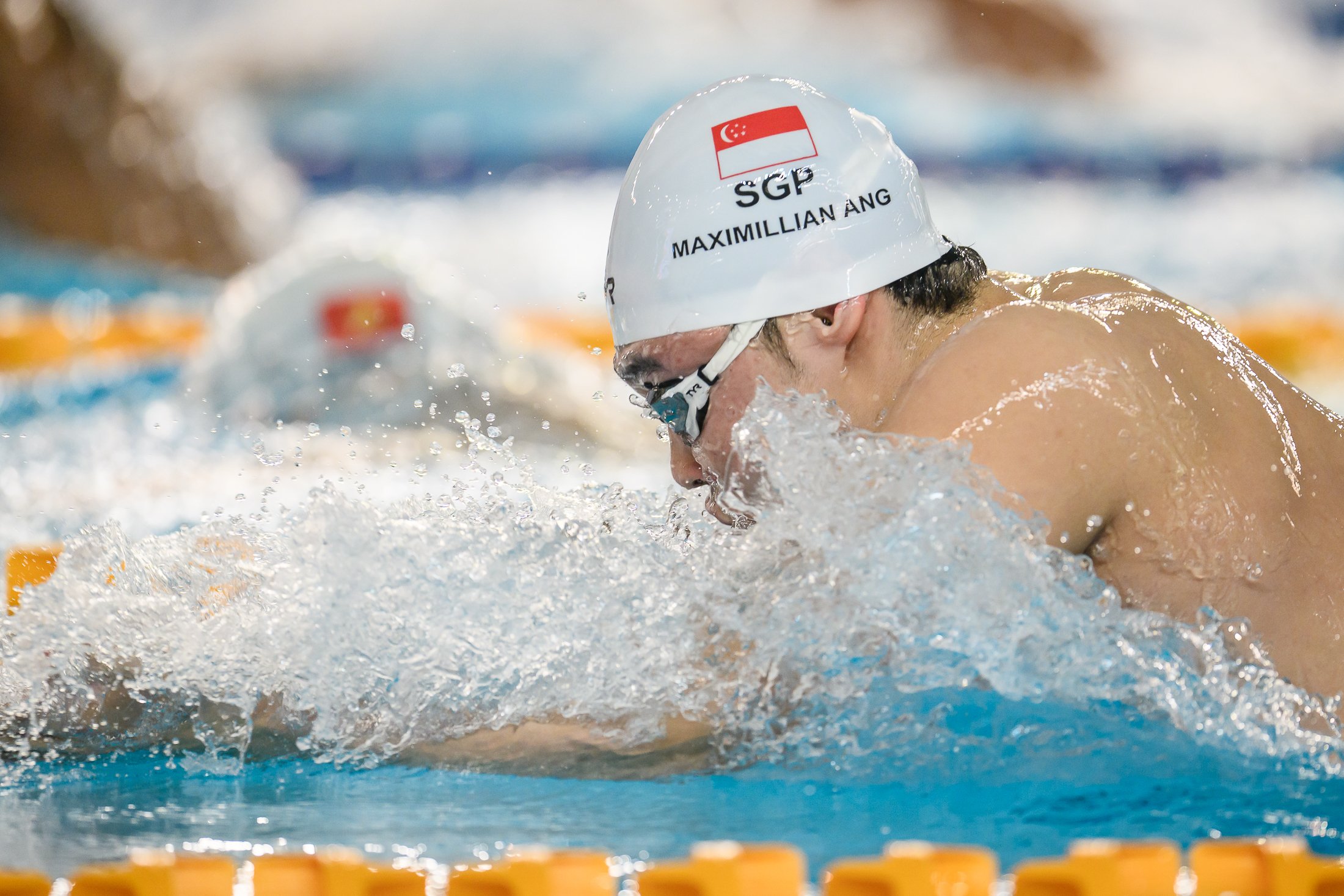 Singapore’s other medallists in the pool for the day were Maximillian Ang, who clocked a new personal best and national record of 1:01.58 to take silver. 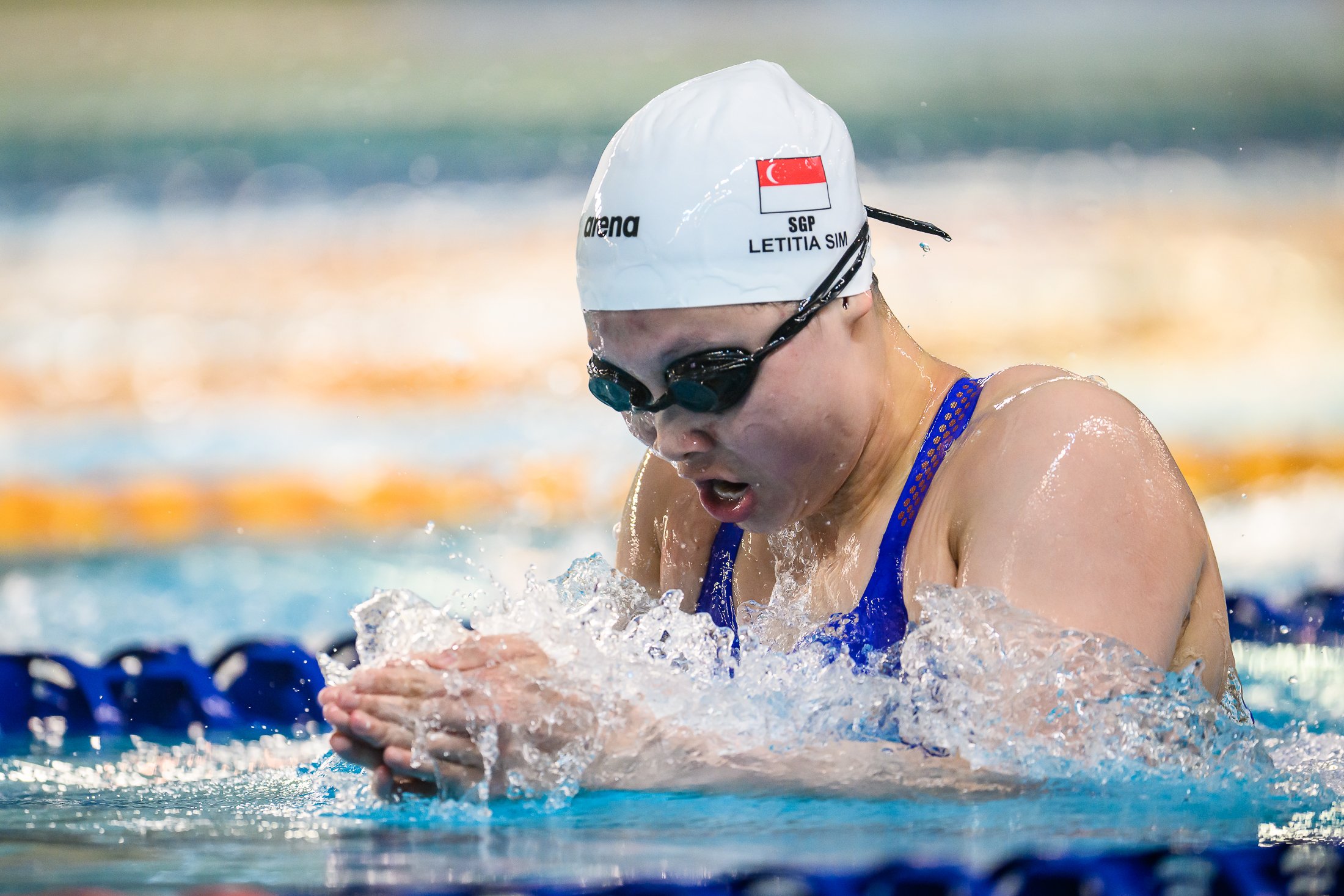 Said national head coach Gary Tan said: “Letitia did a fantastic job as well on her 200IM. She came out from a pretty sluggish morning swim to actually do a really good time this (evening).”

The quartet of Mikkel Lee, Jonathan Tan, Quah Zheng Wen and Joseph Schooling, however, had to rue disqualification in the men’s 4x100m freestyle relay. The team touched home first, but were later ruled out by judges. This is the first time since the 2011 Games that Singapore have not taken gold in this event.