TeamSG Canoeist Lucas Teo : Surreal to be back at SEA Games after 7 years! 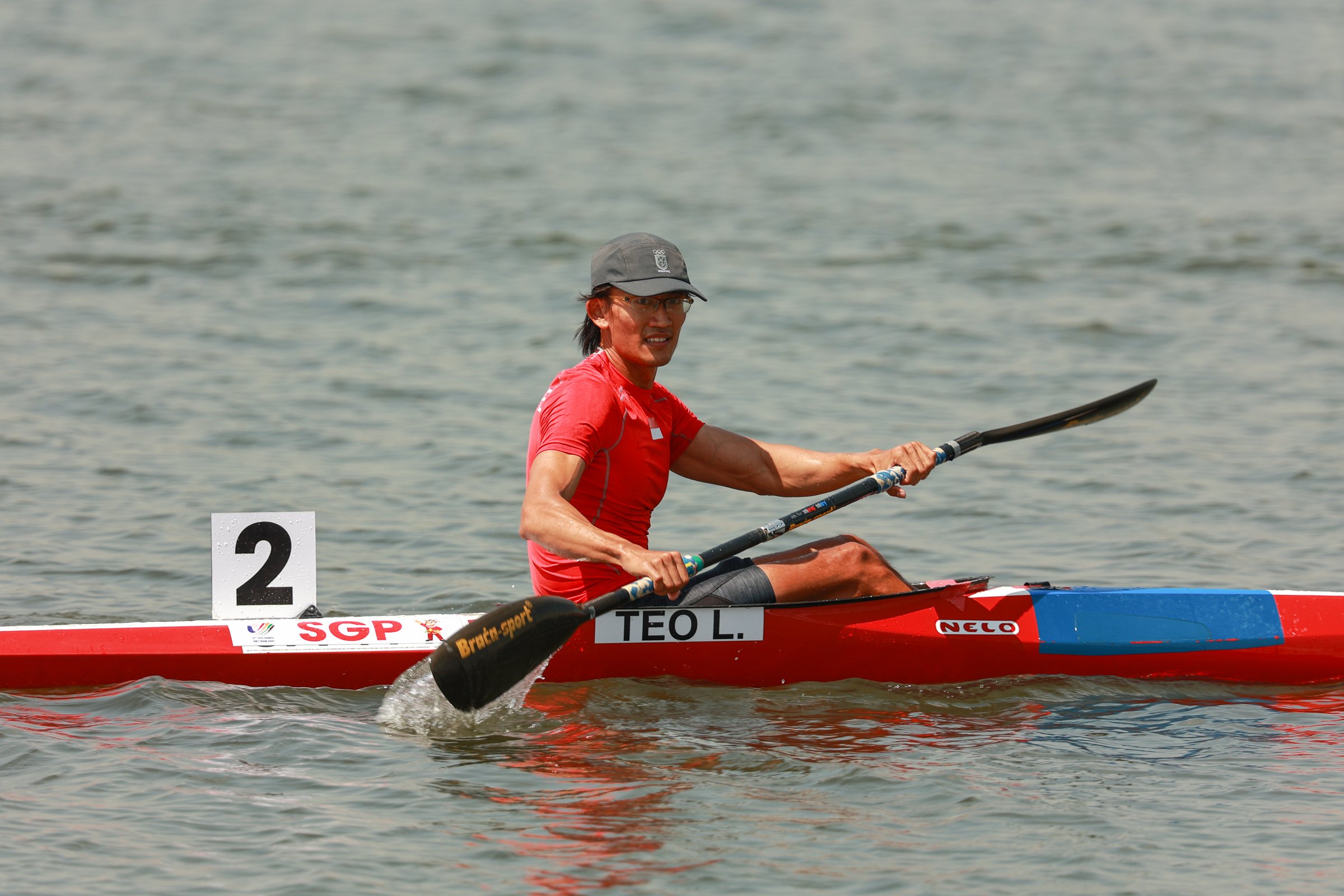 (Lucas Teo placed first in the K1 1000m heat to secure his place in the final on 18 May. Photo Credit: Sport Singapore/Stanley Cheah)

Lucas Teo made the history books when he won Singapore’s first canoeing gold at the Southeast Asian (SEA) Games on homeground in 2015.

7 years ago, he crossed the finish line of the men’s kayak single (K1) 1,000metre race ahead of six other competitors with a time of 3mins 43.03 secs. Since then he has gone on to compete in several international tournaments, including the 2018 Asiad. But this is his first time back at the SEA Games. 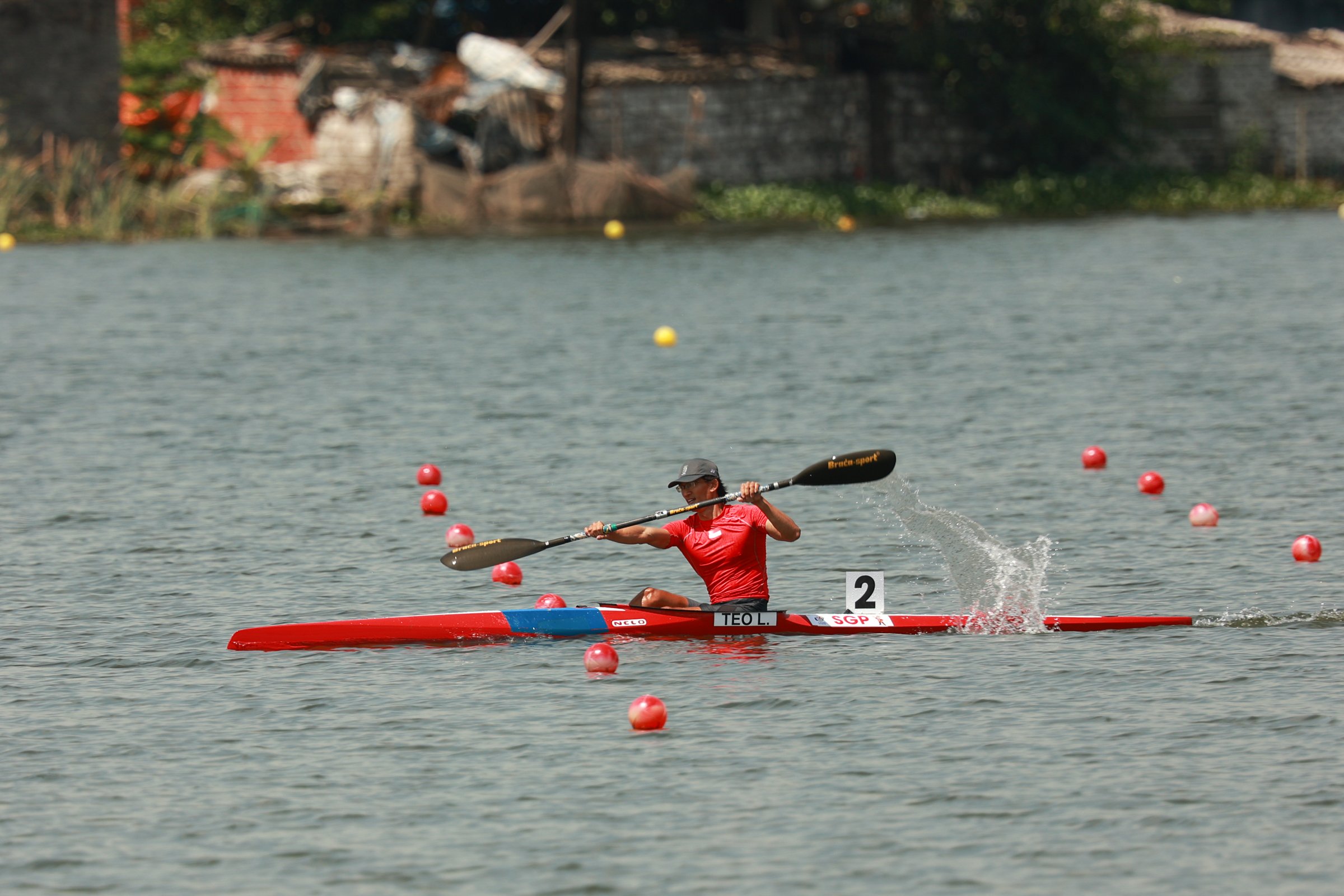 (Lucas Teo placed first in the K1 1,000m heat to secure his place in the final on 18 May. Photo Credit: Sport Singapore/Stanley Cheah)

Hoping to repeat his performance from seven years ago, 31-year-old Lucas placed first in his heat earlier today (17 May) with a time of 4:06.450 and will compete in the finals tomorrow (18 May).

“It feels surreal to be here and I hope I will be able to leverage this opportunity to contribute to our growing medal tally and bring glory to Singapore,” he said.

He returns to the Games as a father, and an active coach in the community. He says the additional responsibilities have given him new perspectives in his pursuit of sporting excellence.

“Being a father, a coach and an athlete has helped me to grow in many ways, namely in time management, prioritisation and focus. I have limited time and energy, so I have learnt to allocate my resources very strategically to achieve the most efficient result.

“If anything, the additional responsibilities have made me a better athlete."

In his 2nd event of the tournament, Lucas teams up with fellow 2015 gold medallist Brandon Ooi in the K2 1,000m event. They blazed through their heats today, placing first with a timing of 3:33.322, and will advance to the final tomorrow. 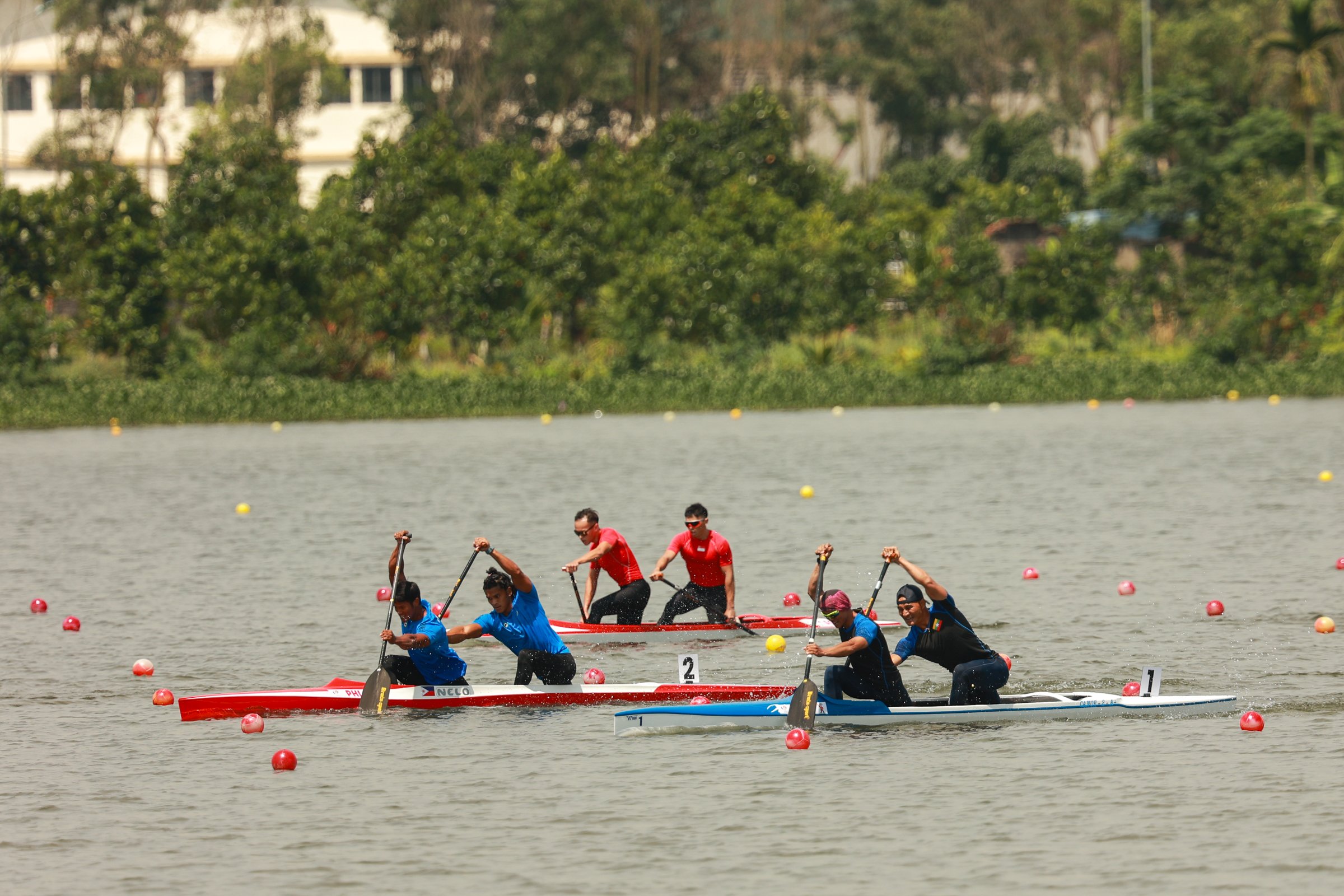 Meanwhile, TeamSG's Lucas Huan and Gereon Chan finished fourth out of four in the men’s canoe double (C2) 1,000m heat. The duo shaved 15 seconds off their original timing to place 2nd in the semi-finals at 4:08.755. This secured them a place in the final on 19 May.

“We were a bit out of sync in the heat, but we pulled it together for the semis and were moving very well. We know the level of canoeing in Southeast Asia is very high, and we aim to do our utmost best for the final," said the duo in a joint response to SportSG. 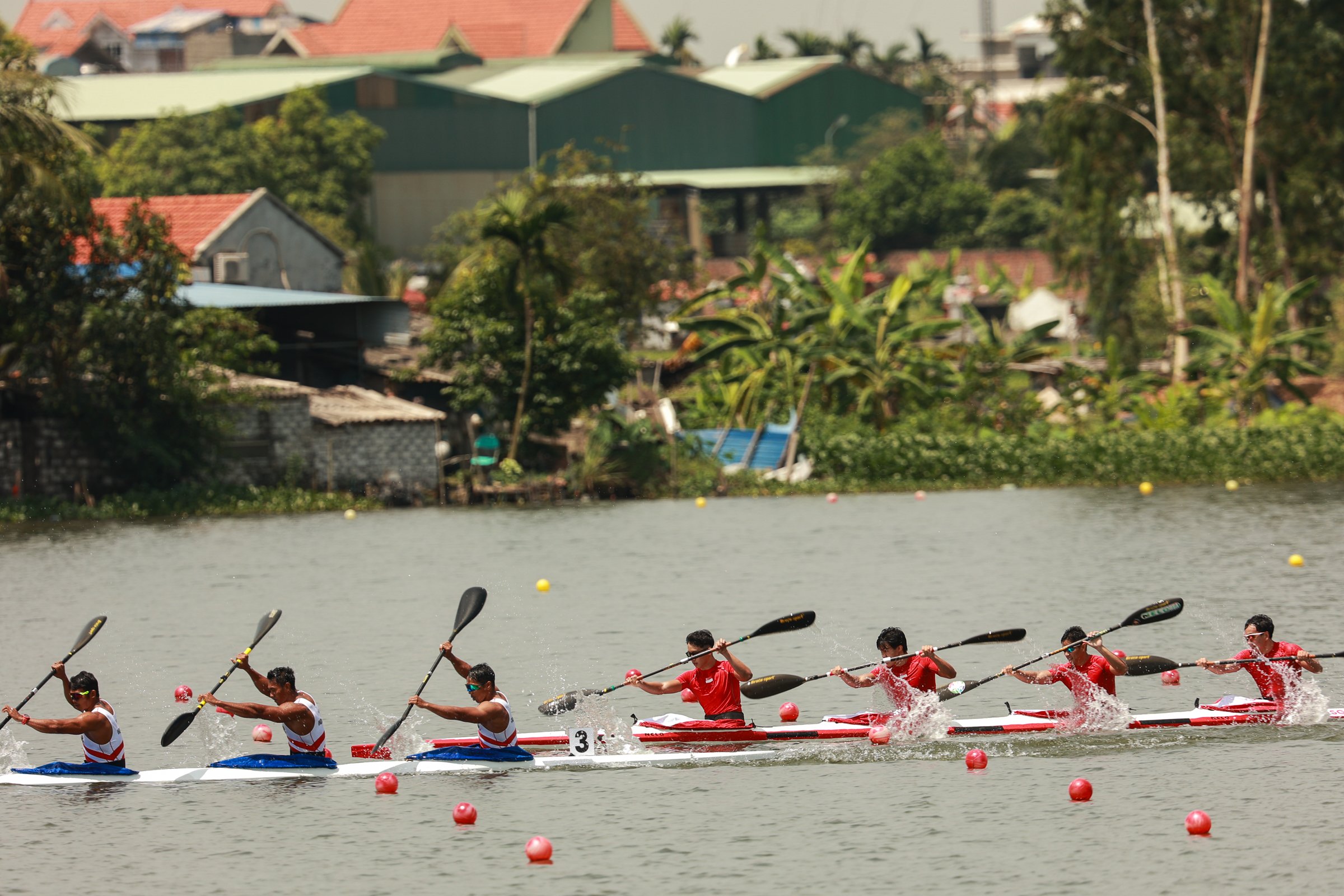 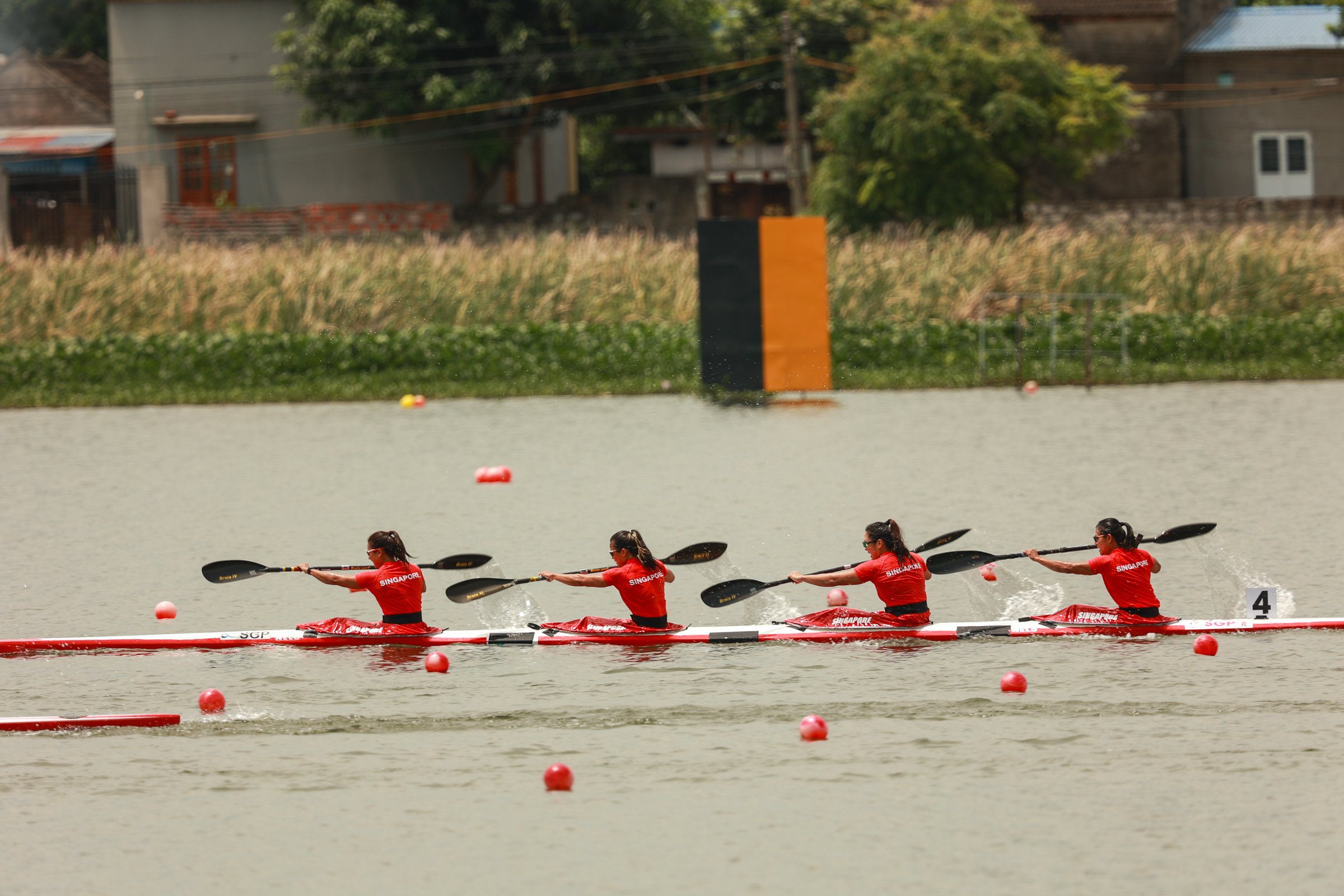