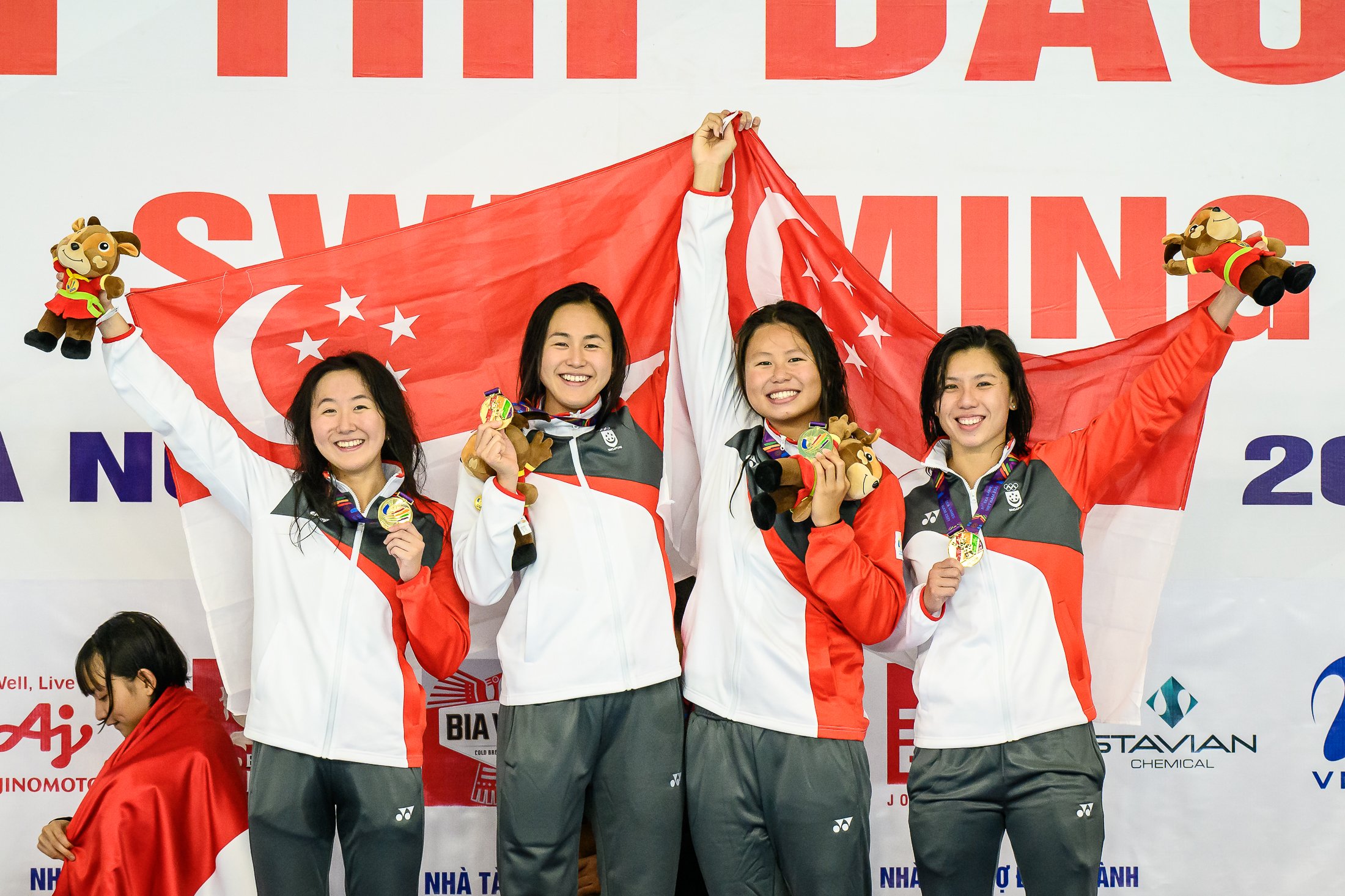 "Super Sunday" for Singapore at the Hanoi SEA Games, brought with it success across a variety of sports. For some, it was silverware that had been decades in the waiting. 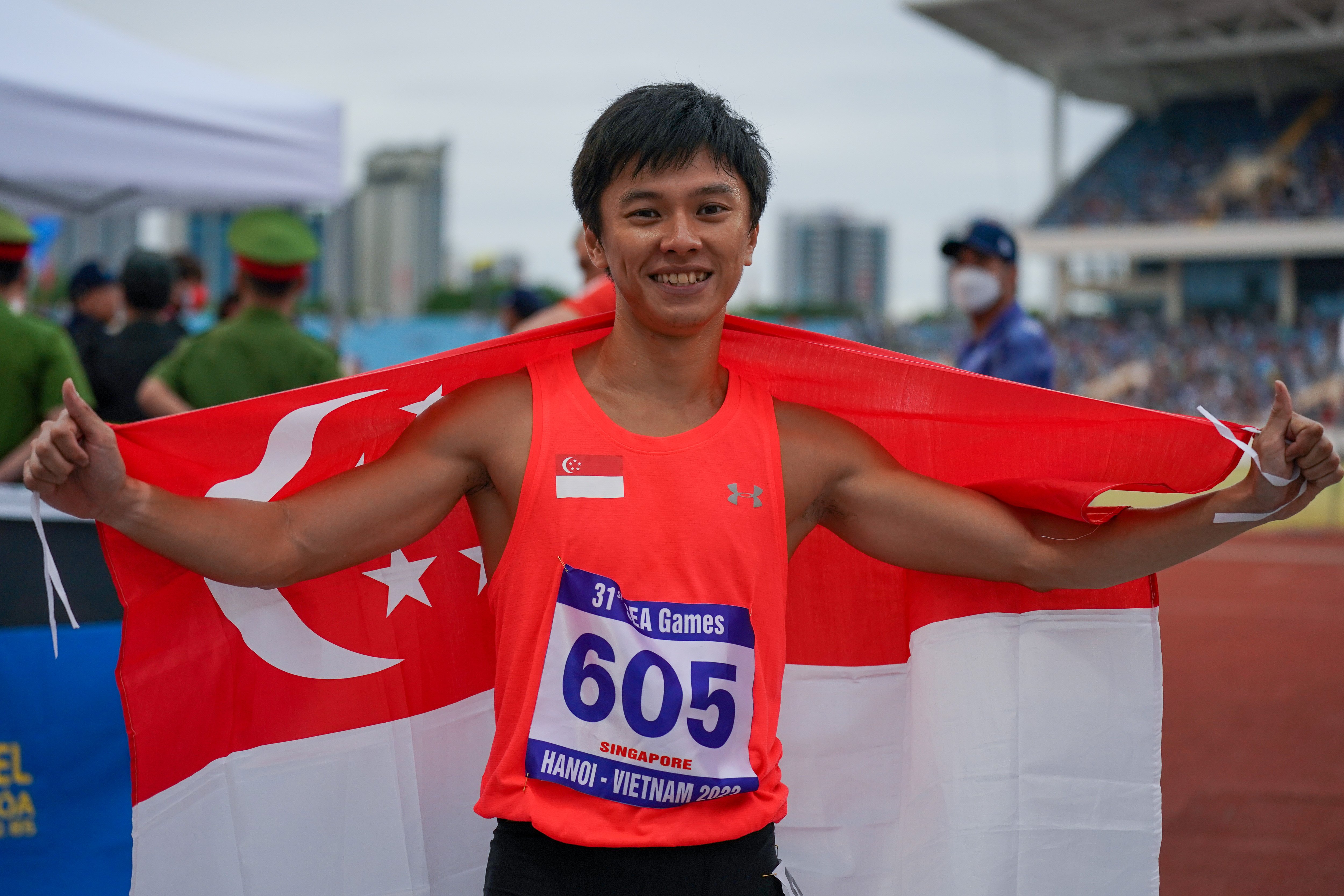 First men’s 400m track and field medal since 1975
Not since Cheah Kim Teck at the 1975 Southeast Asian Peninsular Games has Singapore won a men’s medal in the 400m. That changed when Tan Zong Yang clocked 47.46 seconds to take bronze at the My Dinh Stadium to win Singapore’s first piece of silverware in this event in 47 years. 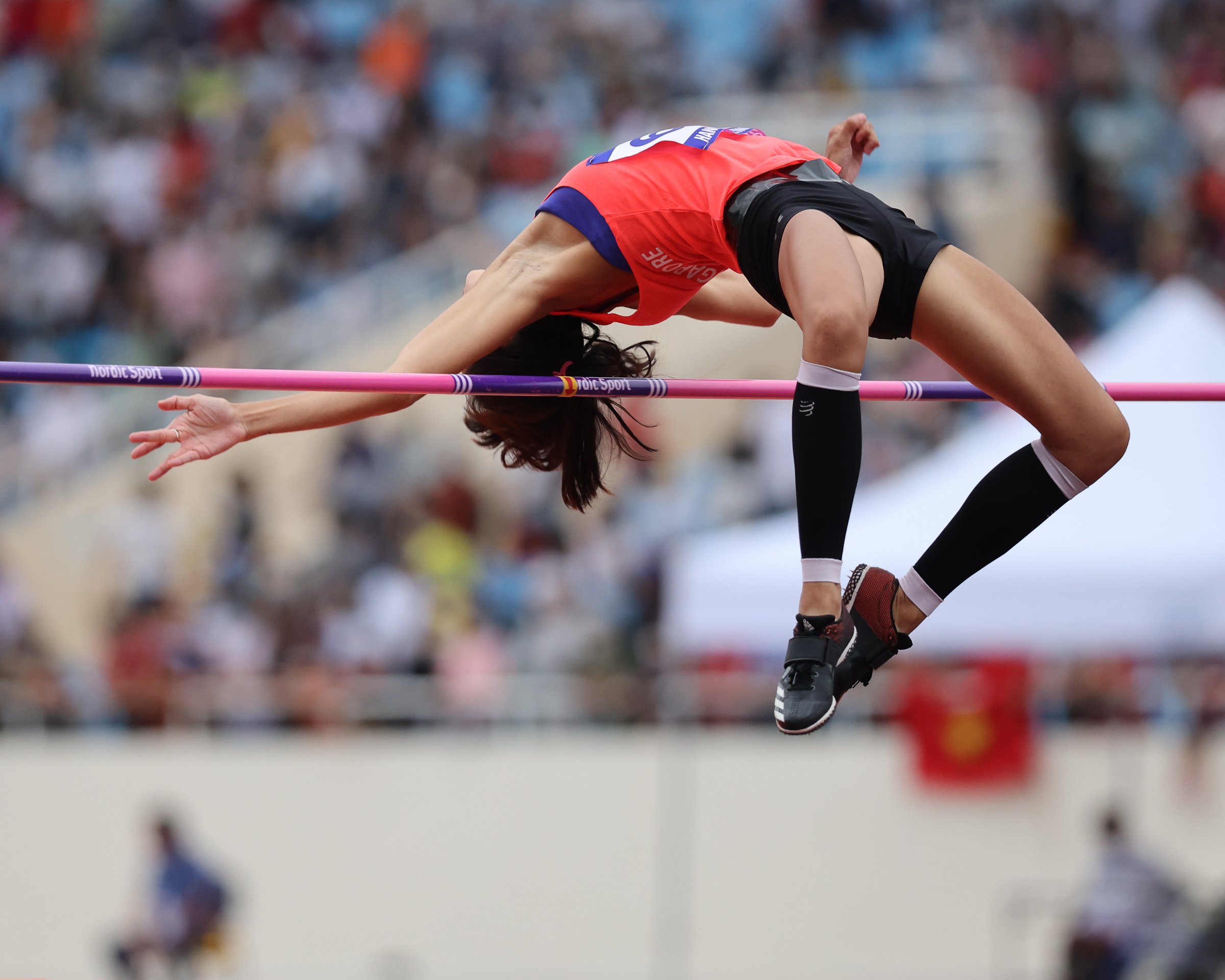 High jump veteran Michelle Sng followed up with a silver, clearing 1.75m. This is her third medal in this event at the SEA Games. Jonathan Au Eong’s celebration was telling of the significance of his win. He beat Nathaniel Perez Mangubat of the Philippines 15-7 to win Singapore’s first men’s individual foil gold at the SEA Games.

Singapore swimming had another triumphant day on their second day of competition, picking up another four gold, three silvers and two bronze medals. 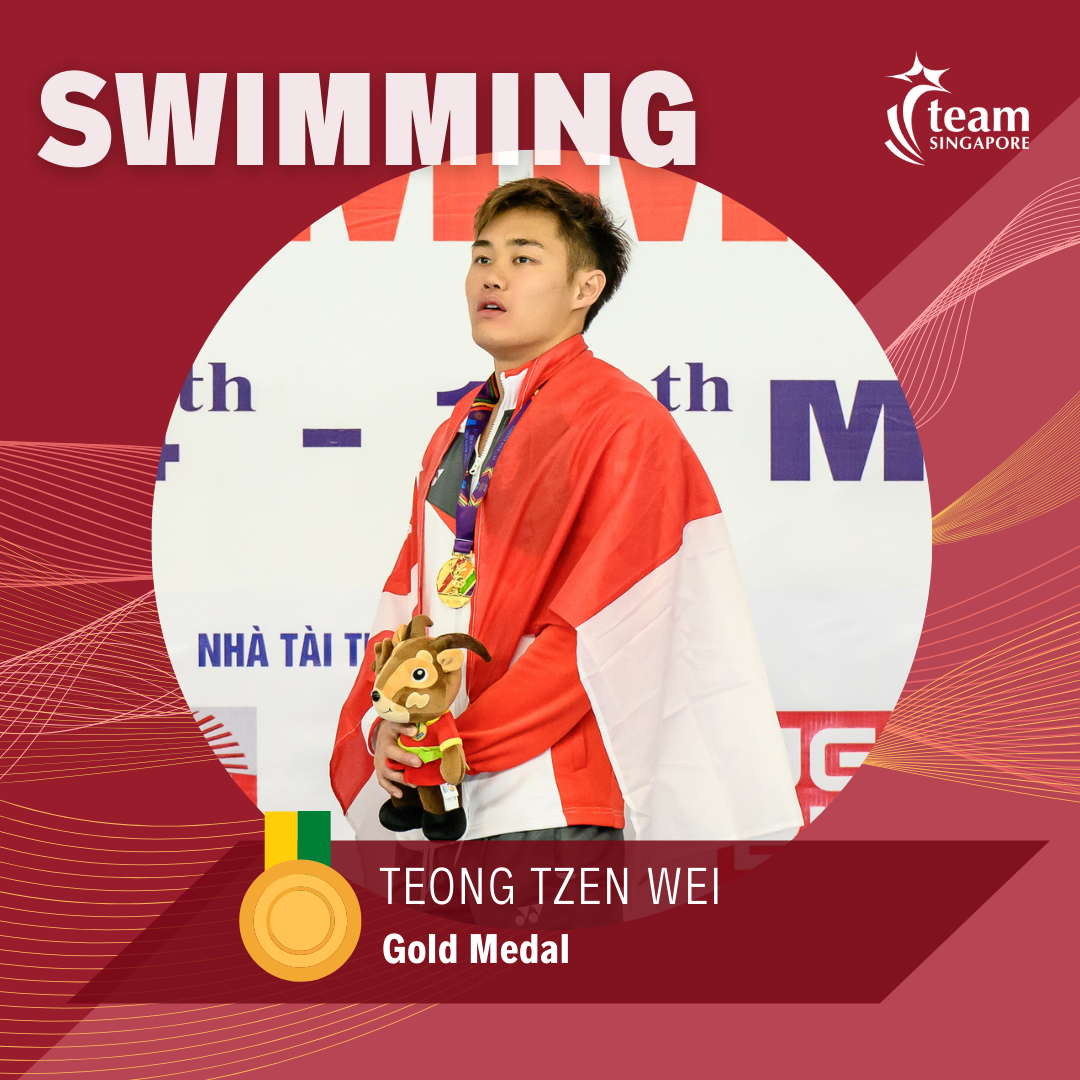 It included a new Games record from Teong Tzen Wei, who clocked 23.04 seconds in the men’s 50m butterfly to win gold in a new personal best. 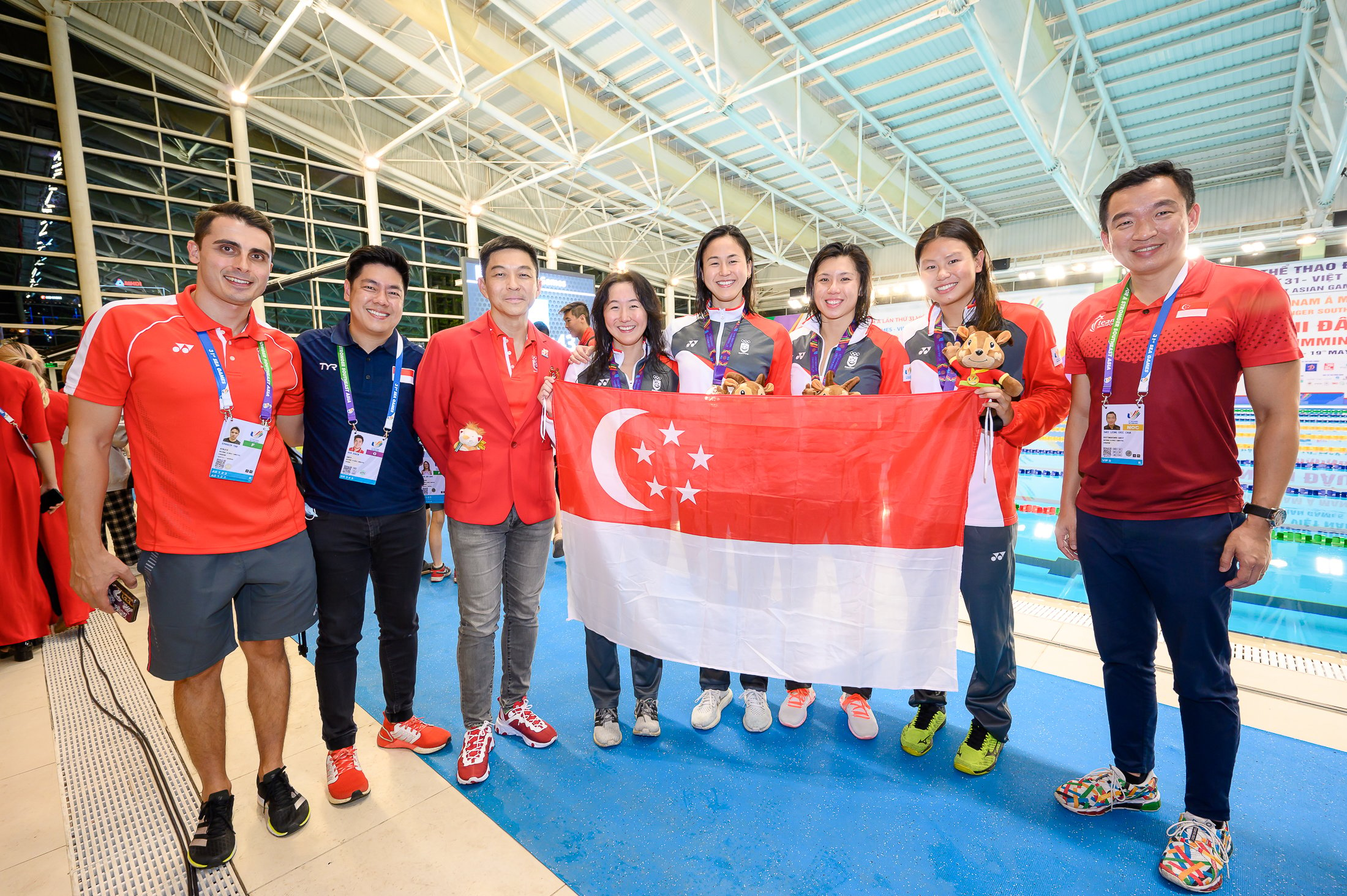 Jonathan Tan took silver in the 100m freestyle (50.14s), and Mikkel Lee clocked a new personal best of 23.67s for silver in the 50m butterfly. Christie Chue and Letitia Sim won silver and bronze in the women’s 200m breaststroke, clocking 2:31.89 and 2:31.97 respectively. Ashley Lim also posted a new personal record of 8:58.98 to win bronze in the women’s 800m freestyle event. 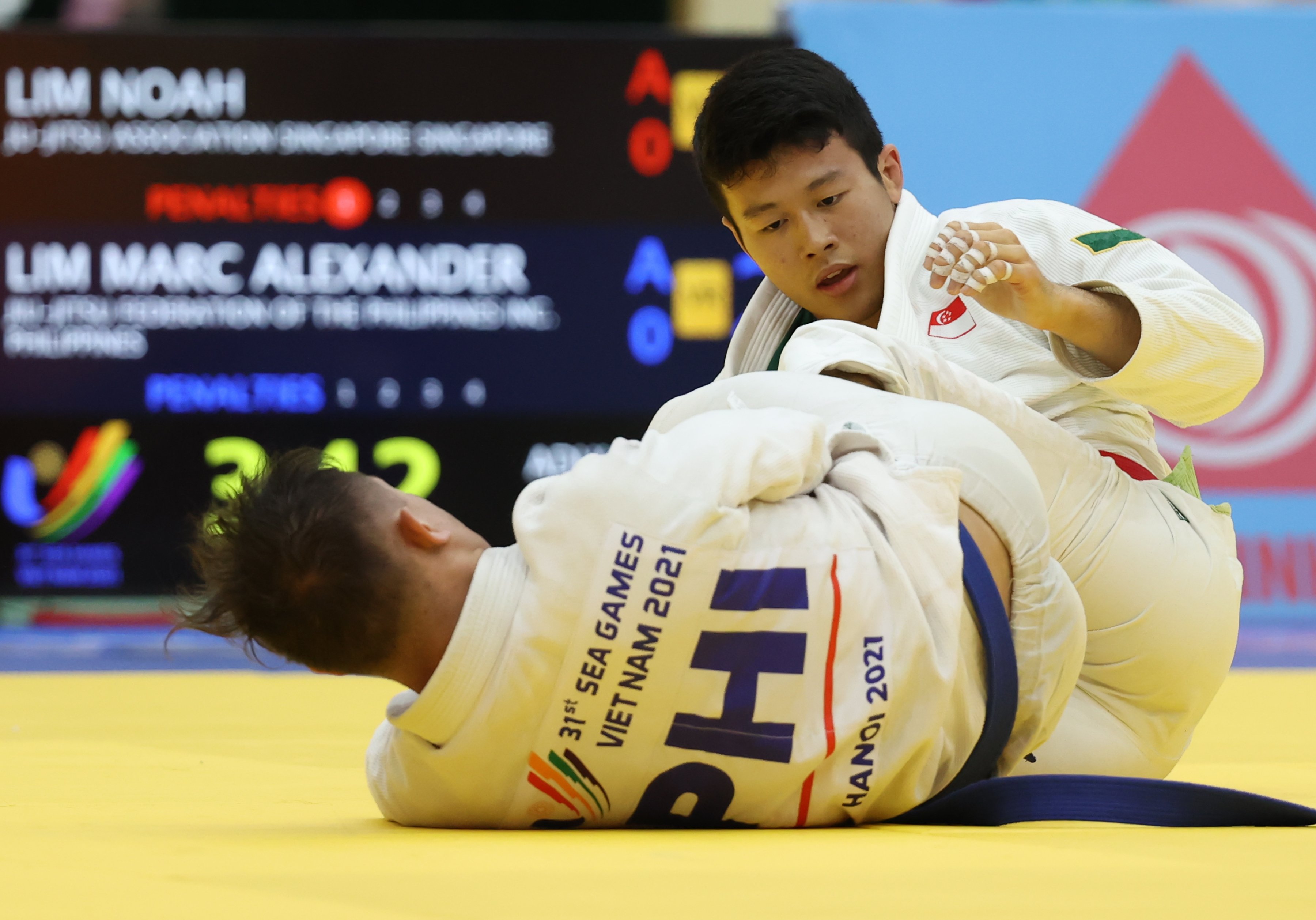 Noah Lim won Ju-jitsu’s first gold in Hanoi when he beat Malaysia’s Adam Akasyah by submission. It’s a back-to-back title for the 19-year-old, who won gold in the under-62kg weight class in 2019, Singapore’s first-ever gold in the sport at the SEA Games.

Teammate Tang Yong Siang collected a silver when he beat Vietnam’s Dao Hong Son in the men’s under-56kg category. It makes for a Games-total of one gold, one silver and one bronze for the Ju-jitsu players. 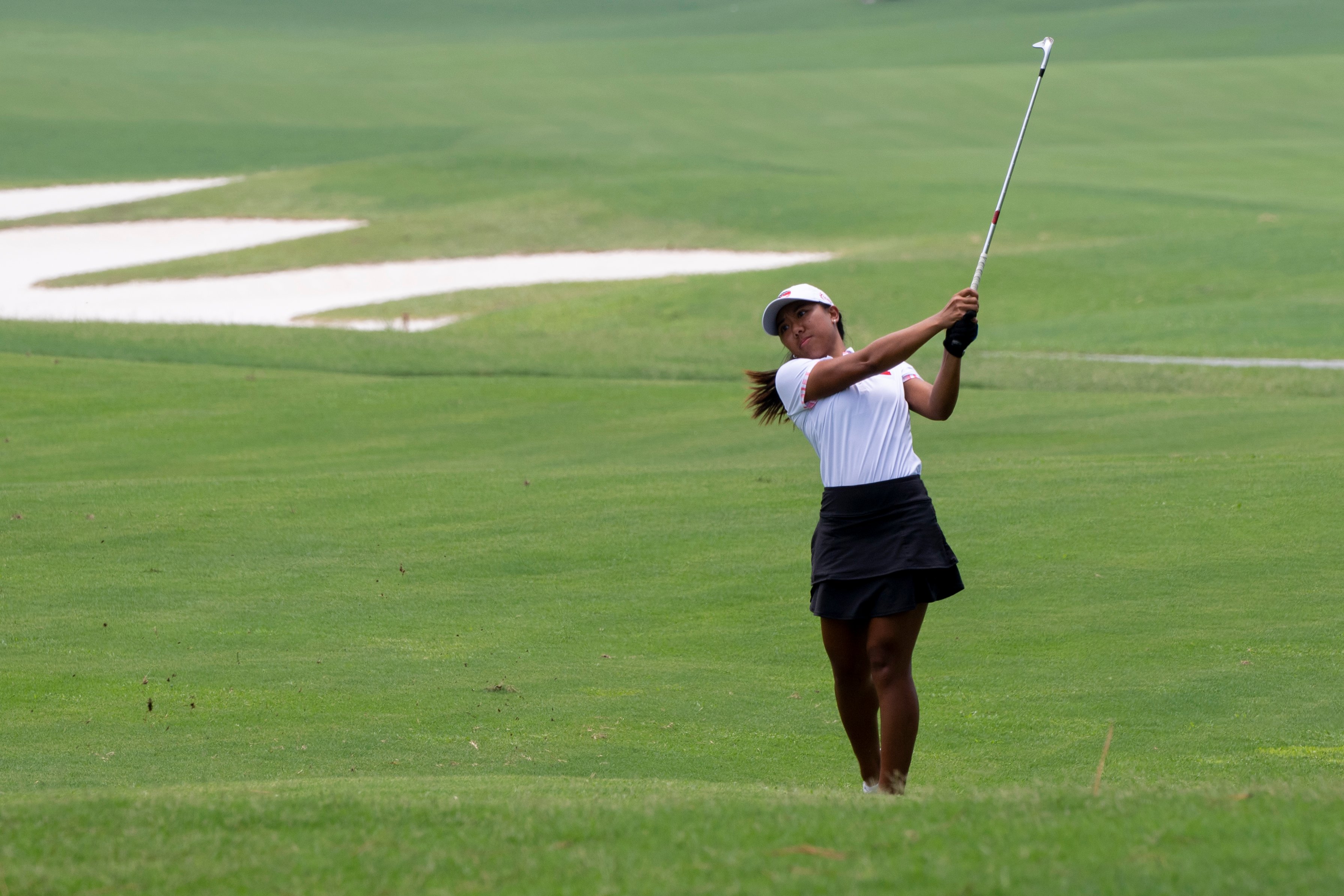 Atienza Mabutas overcame a sluggish start, got better as the days progressed, and ended the golf competition with a sublime score. 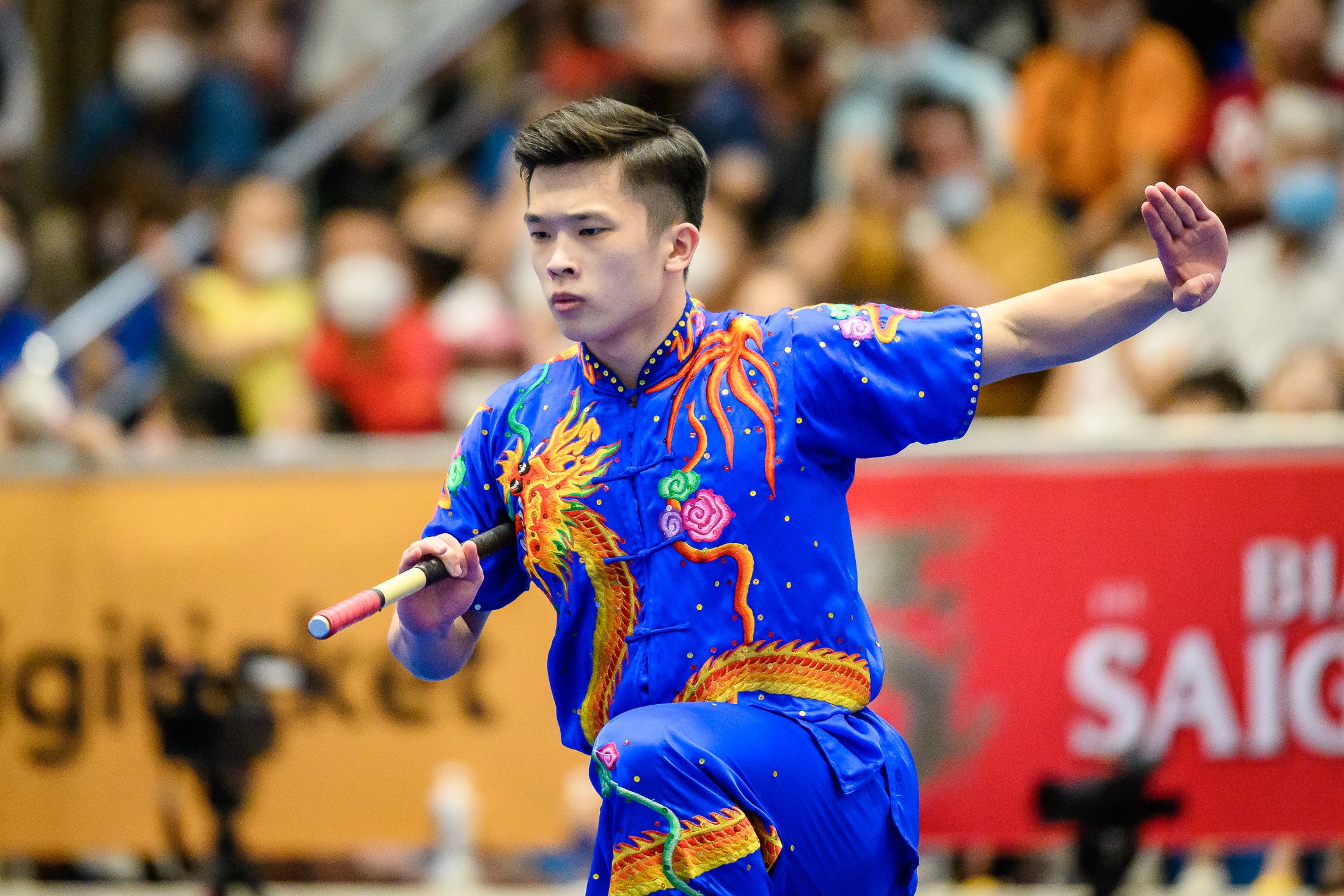 Best away showing for wushu exponents

The wushu competition ended at the Cau Giay Gymnasium with team captain Jowen Lim picking up another silver medal, scoring 9.69 for a combined score of 19.38 to take second place in the men’s daoshu/gunshu event.

With an overall haul of 2 gold, 3 silvers and a bronze, this is the team’s best away SEA Games showing, improving on the two gold, a silver and five bronzes at the 2017 edition. 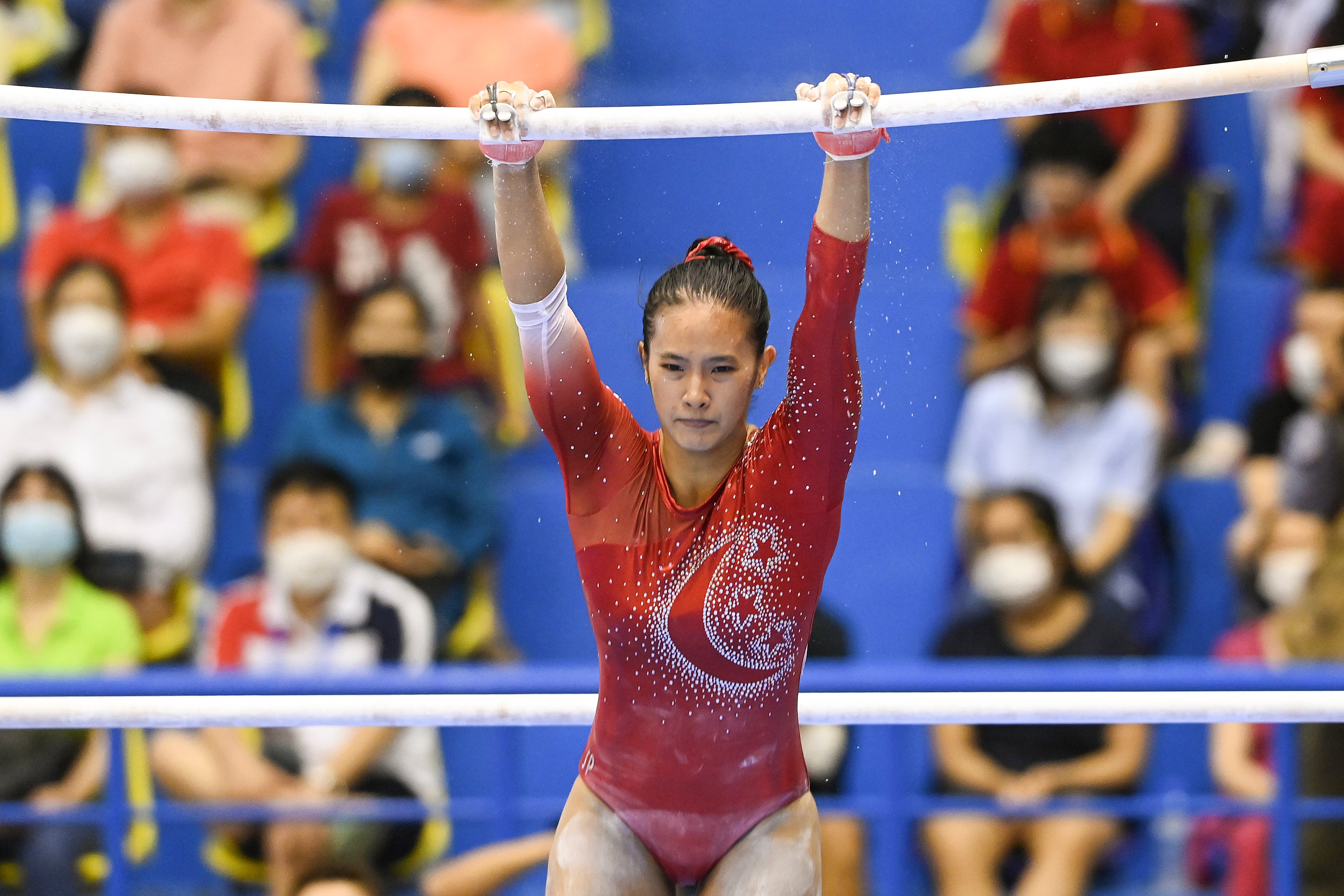 Singapore’s gymnasts followed up its podium finishes in the team events to medals in the individual apparatuses. 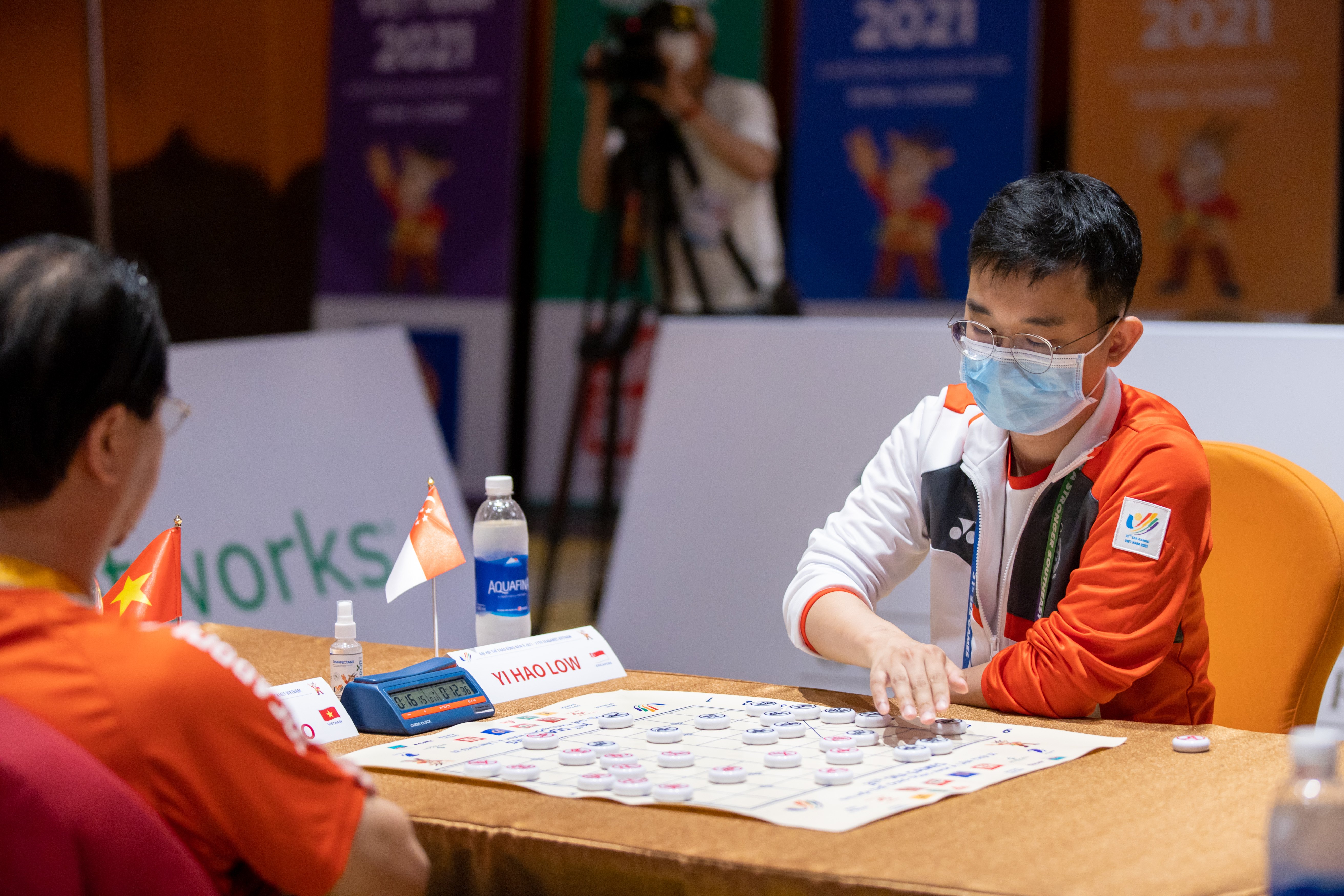 Singapore’s Low Yi Hao and Ngo Lan Huong teamed up in the xiangqi blitz team event and over 6 gruelling rounds, notched three wins, two losses and one draw. They finished 2nd and won the silver medal. 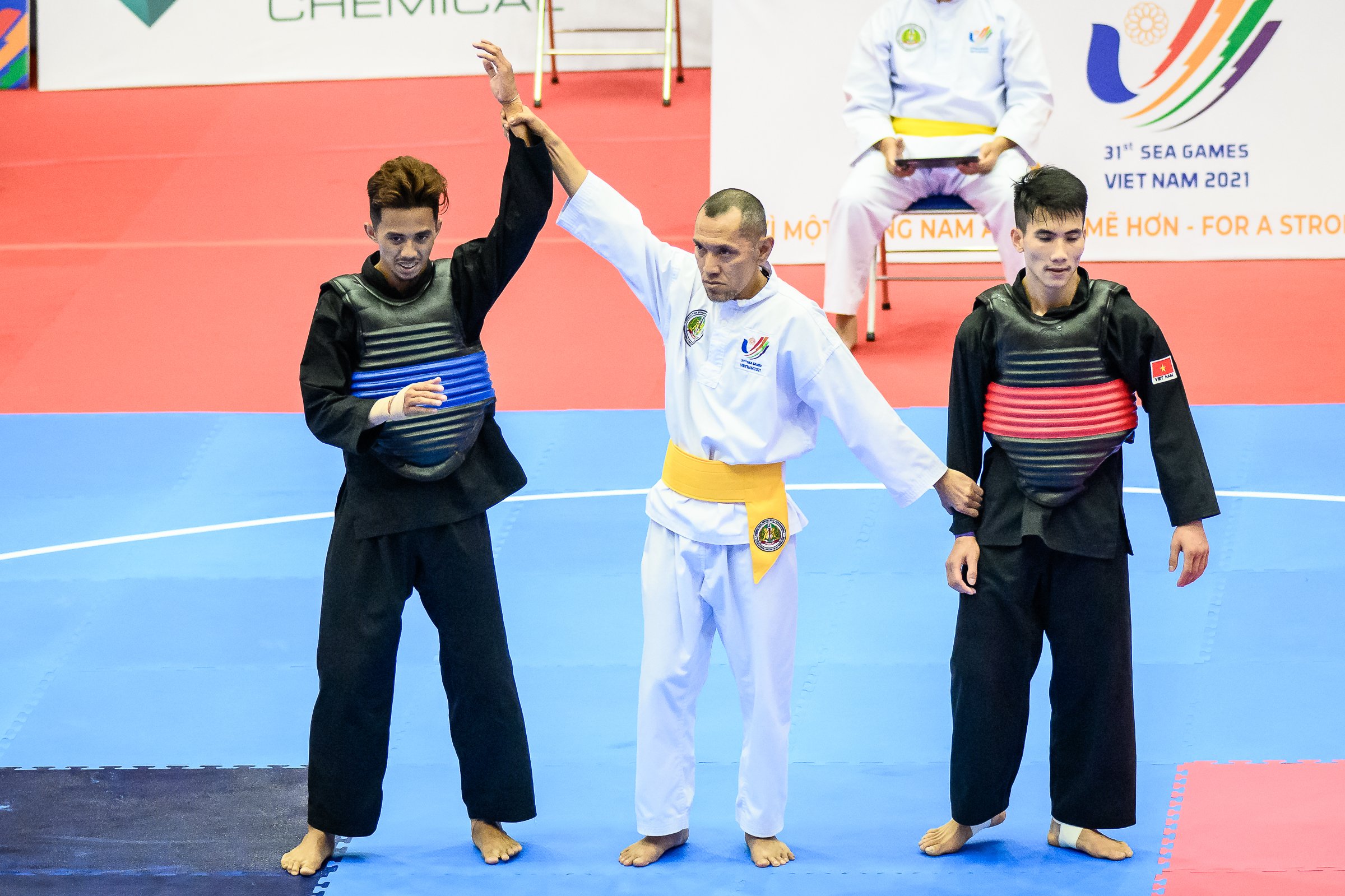 The penultimate day of competition for pencak silat came with two more bronzes. 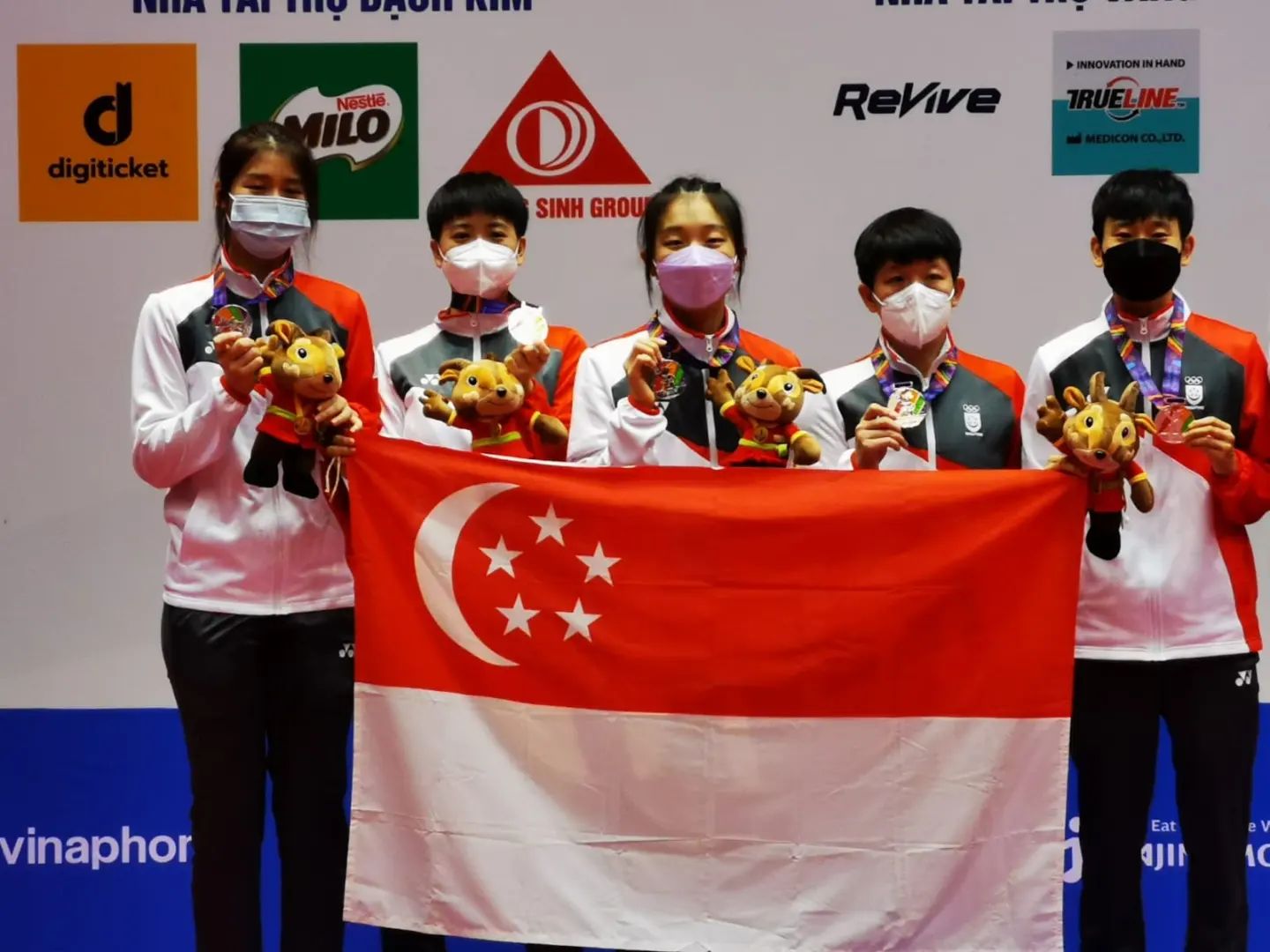 For more than 20 years, Singapore’s women have had a target on their backs when it comes to table tennis at the SEA Games. Their rivals finally got the better of them on Sunday.

Zhou Jingyi, Zeng Jian and Wong Xin Ru all lost their respective Singles ties against Thailand’s experienced and formidable side in the women’s team final, settling for silver. Singapore have won women’s team gold at the SEA Games since the 1999 edition, except for 2011 and 2019 when the event did not feature. 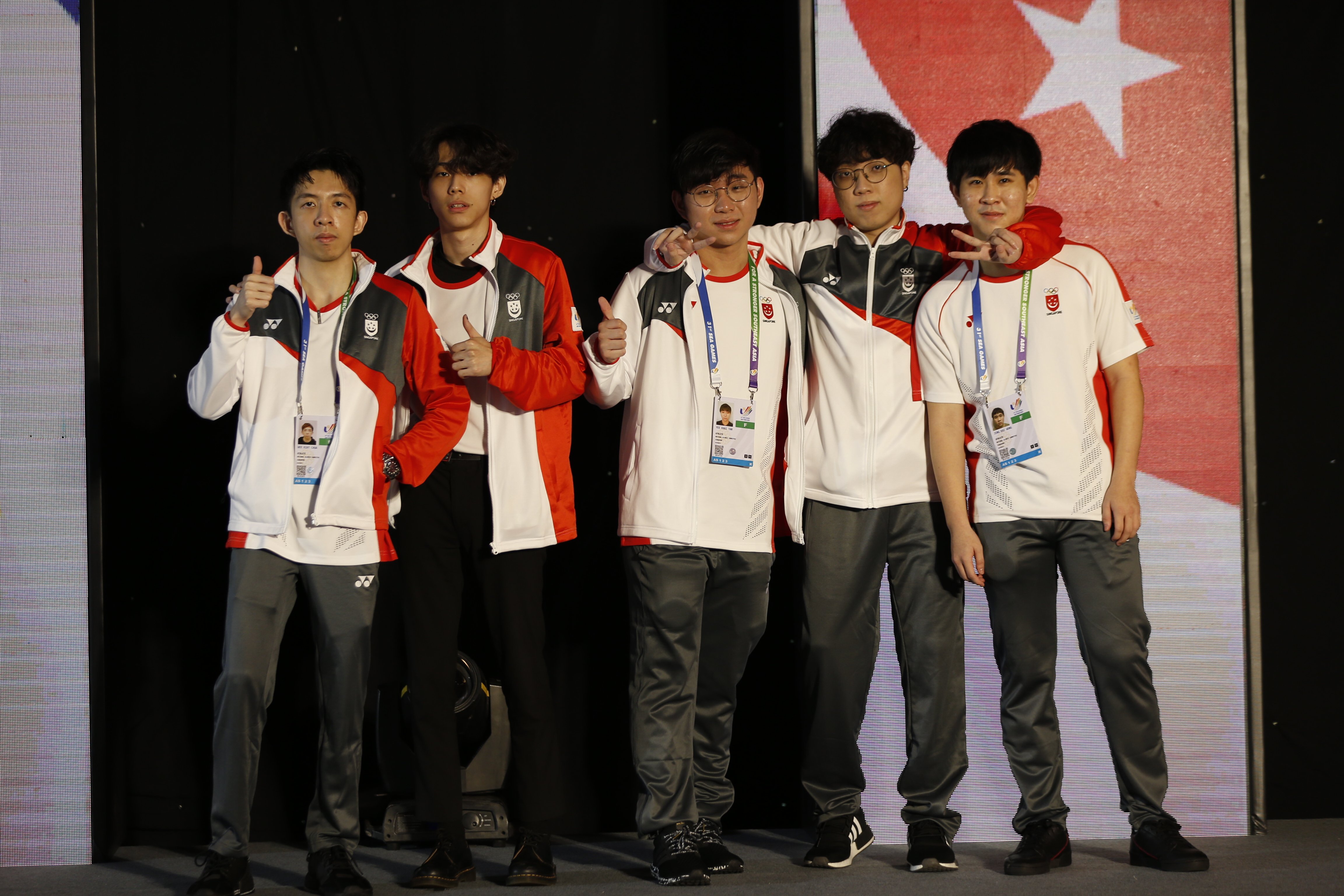 Singapore picks up bronze in esports

Esports athletes gave Team Singapore its first medal of the Hanoi SEA Games when it beat Malaysia 3-0 in the League of Legends: Wild Rift team event.