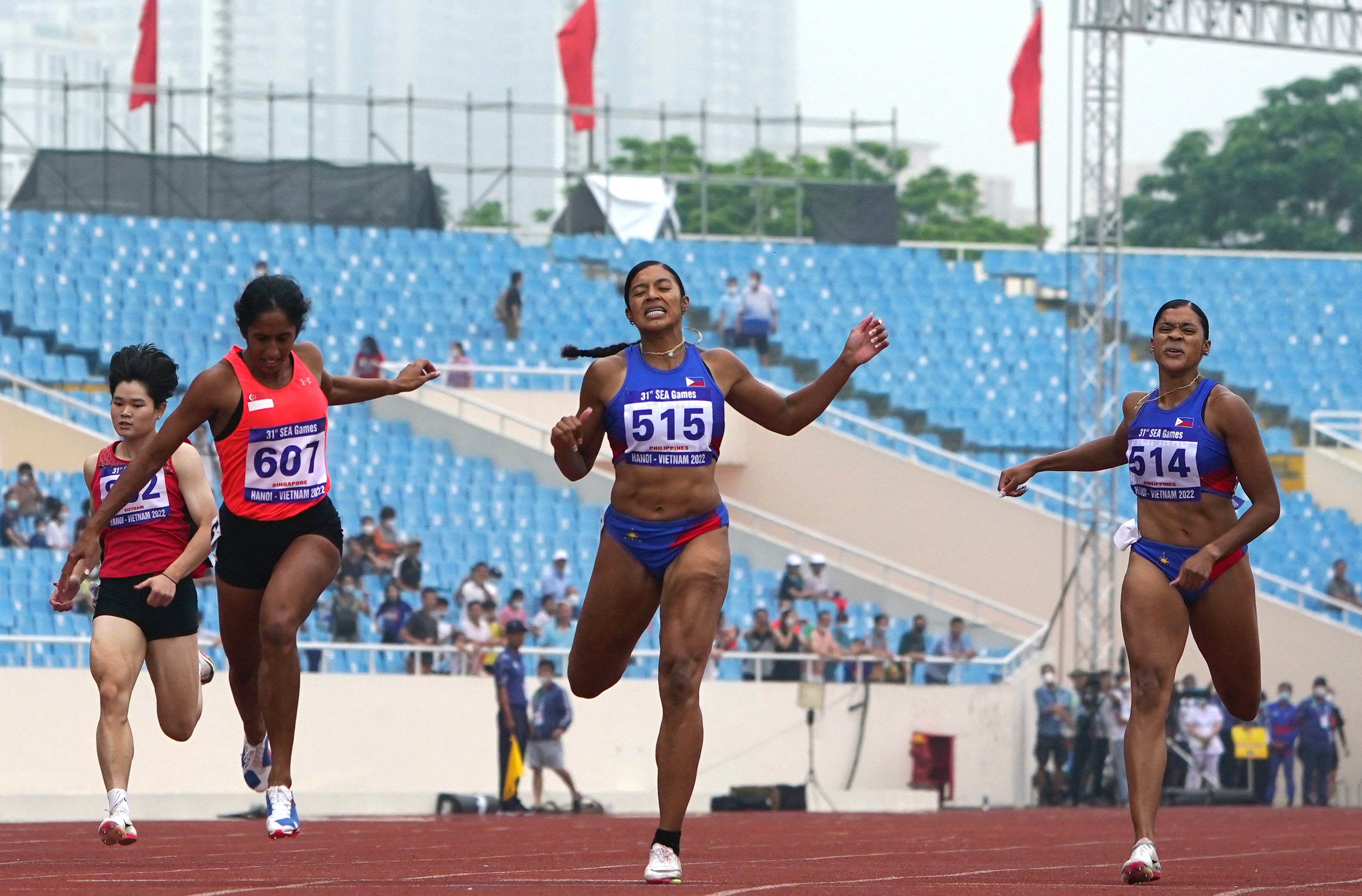 The 2nd day of the Hanoi SEA Games was one that reaped plenty of gold and significance for Team Singapore.

The Republic, traditional swimming powerhouses in the region, dominated the opening day at the pool, while track and field athletes also picked up podium finishes. Wushu, fencing, table tennis, gymnastics, jiujitsu and xiangqi also added to the medal honours.

Team Singapore picked up 7 gold, 4 silvers and 7 bronze medals on Saturday, making for an overall tally of 9 gold, 10 silvers and 13 bronzes. 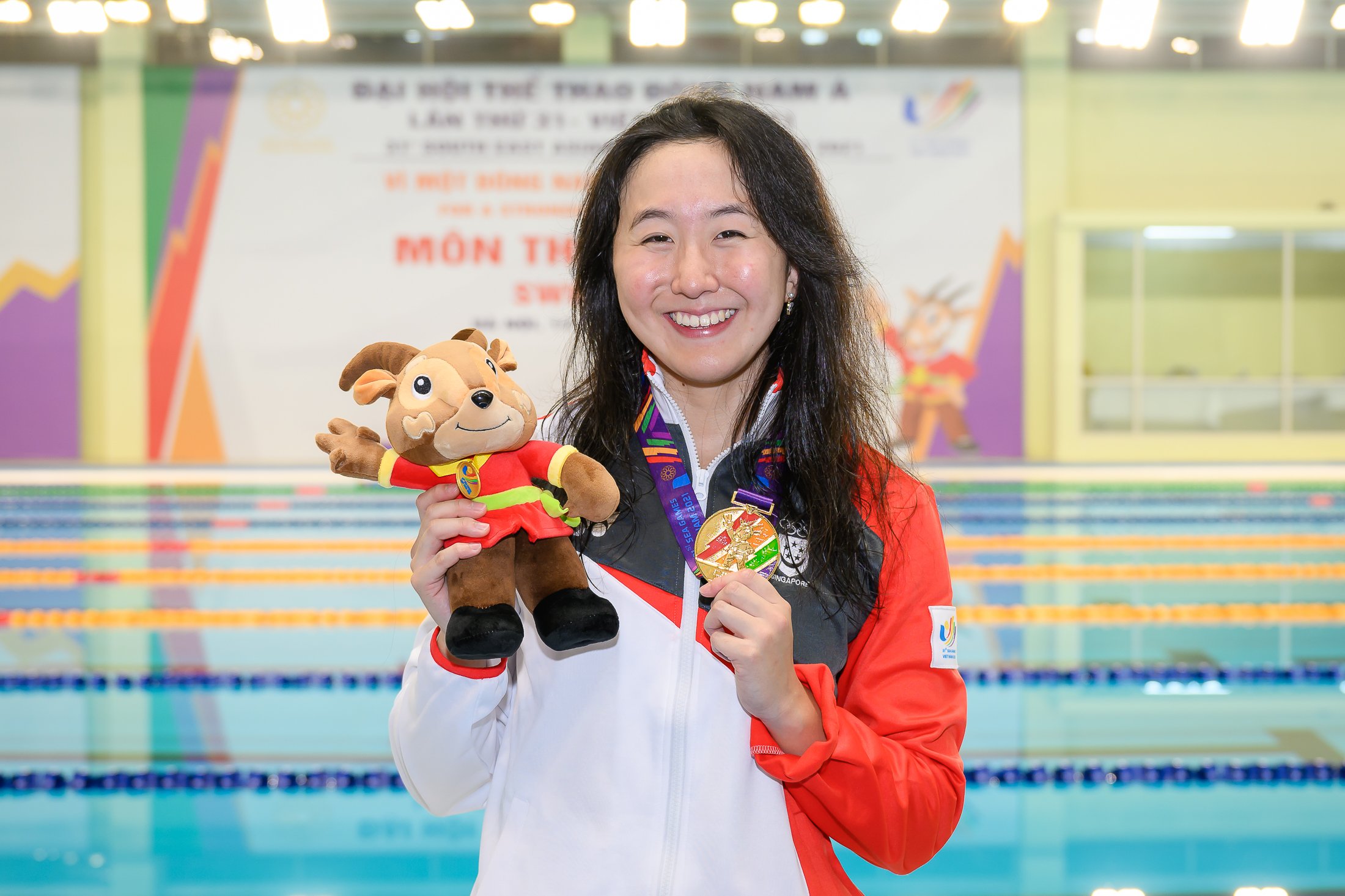 Quah siblings all took gold on opening day of swimming

Singapore’s best-known swimming siblings were all victorious, the trio responsible for all of the Republic’s 4 gold medals from the pool on Saturday. 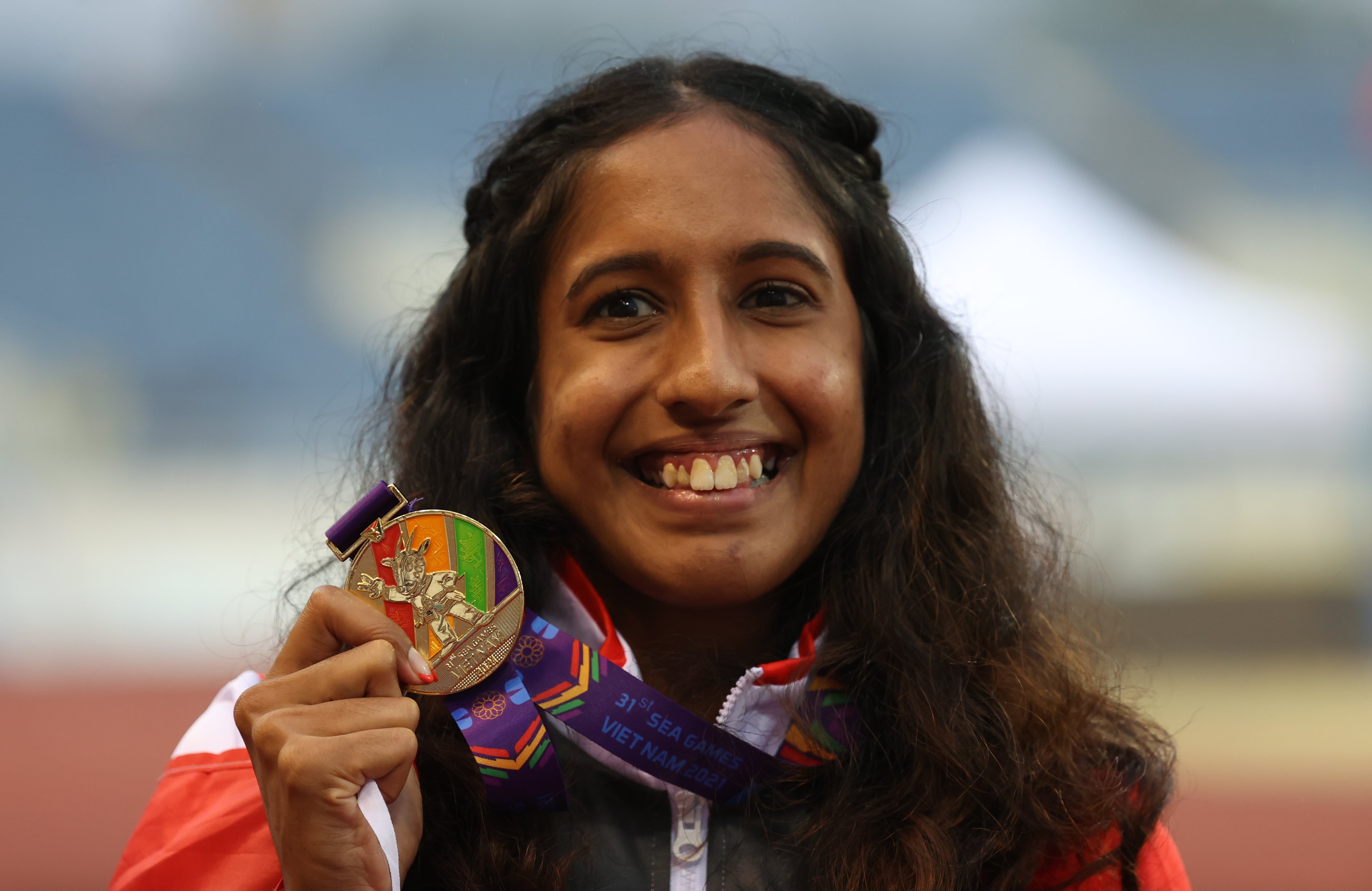 It took her a long and arduous wait of 7 years, but Singapore’s fastest woman Shanti Pereira finally has another SEA Games gold. That it came with a new national record – also her first personal best since 2015 – was a welcome bonus.

Teammate Goh Chui Ling added another momentous medal to the team’s haul, with a 4:33.41 in the women’s 1,500m to win bronze. It was the first time in almost 5 decades that Singapore has finished on the podium in this event, after Mirnigar Begum’s bronze at the 1973 edition. 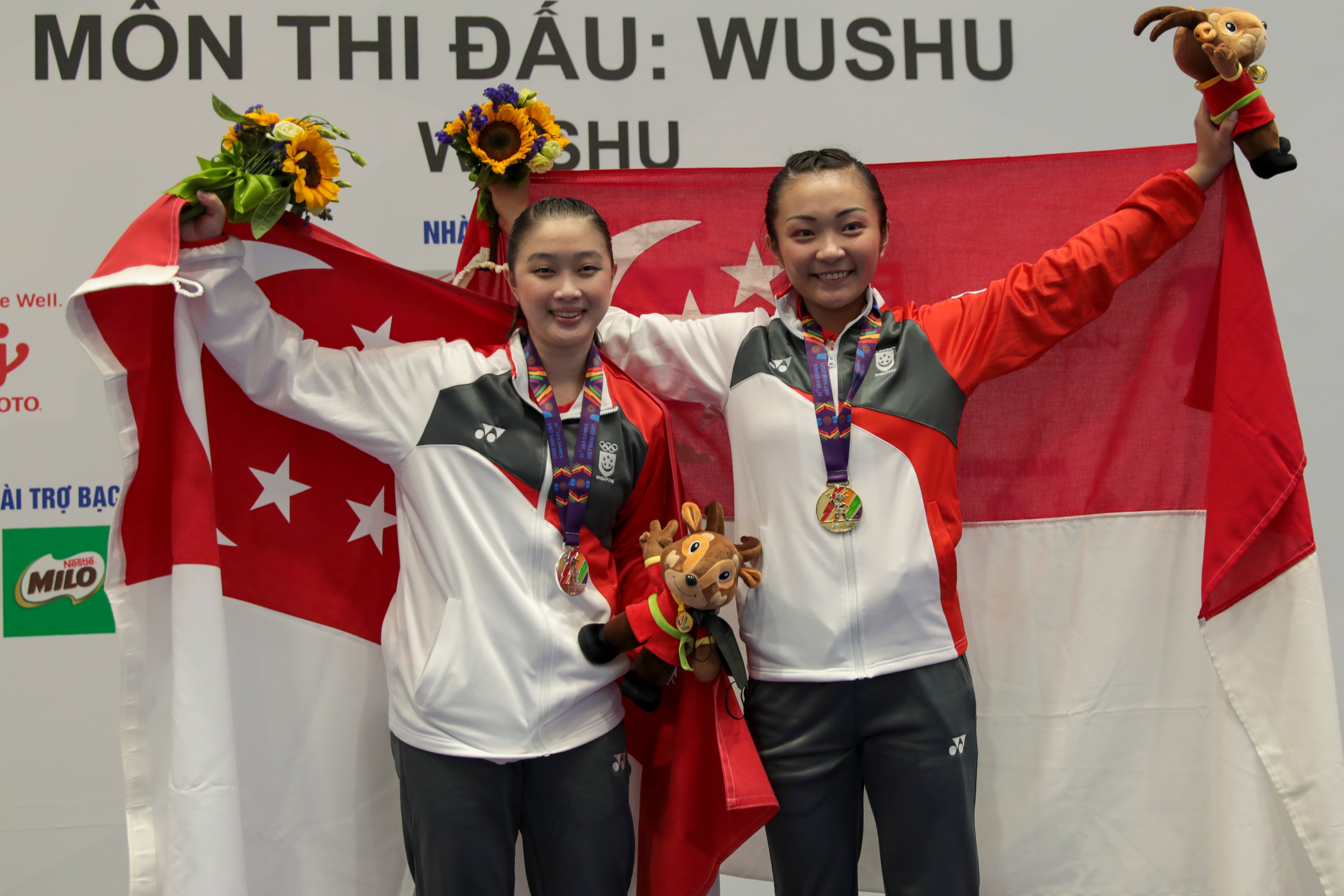 Jun Kai, who had already taken a bronze in the Taijiquan event the day before, scored 9.72 in the men’s taijijian to finish tops. The 21-year-old finished narrowly ahead of Indonesia’s Nicholas (9.71) and Jones Llabres Inso Ligligen of the Philippines (9.70).

Teammate Kimberly Ong and Zoe Tan then followed up with a one-two finish in the women’s daoshu/gunshu event. 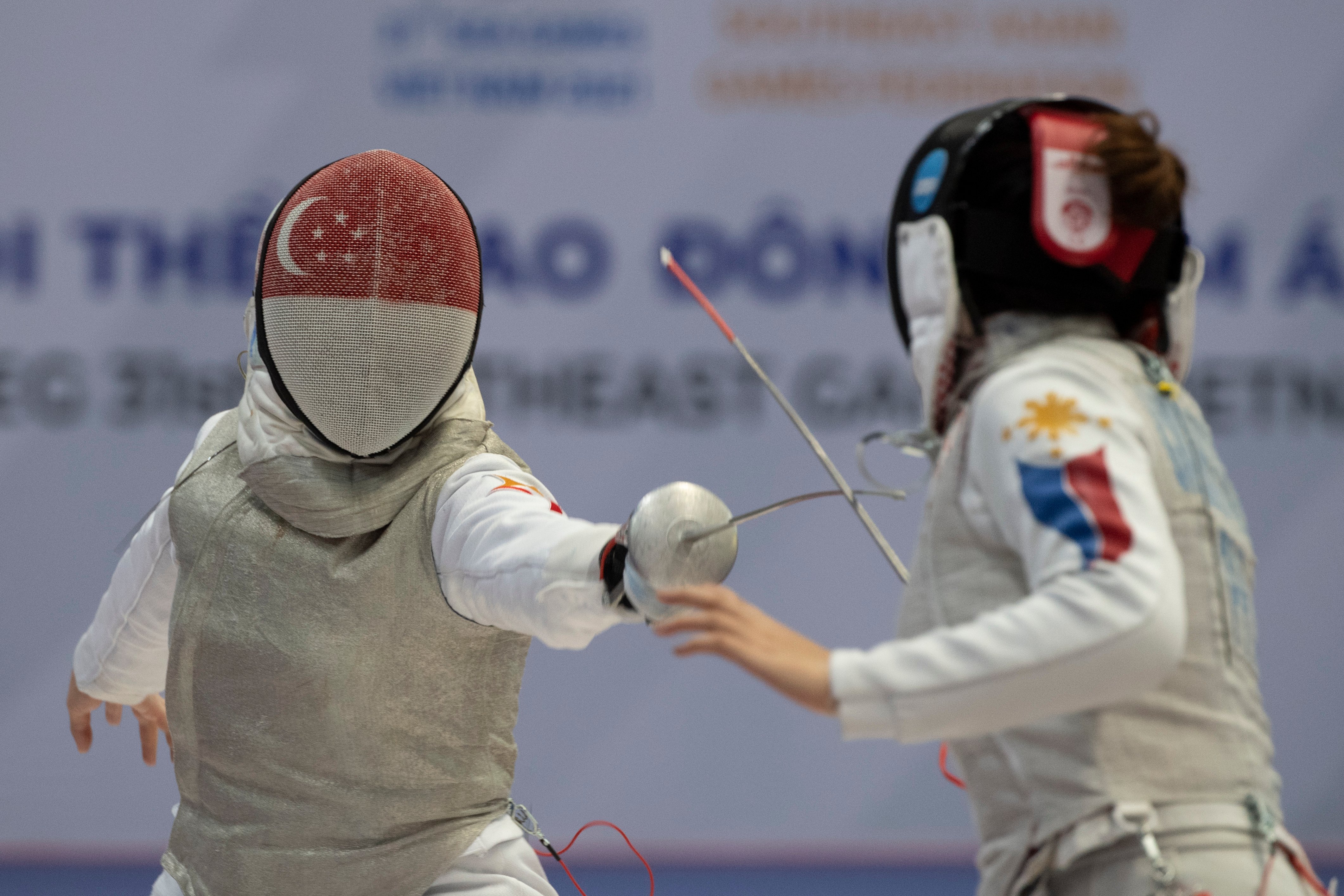 Foilists pick up another silver and two bronzes for fencers

Maxine Wong won silver in the women’s individual foil event, in a 12-14 bout against Catantan Samantha Kyle of the Philippines. The 20-year-old had earlier beaten teammate Cheung Kemei 15-10 in the semi-finals. The latter took a joint bronze in the event.

Simon Lee also came away with a joint bronze in the men’s individual epee, after going down 8-15 to Vietnam’s Nguyen Tien Nhat in the semi-finals. 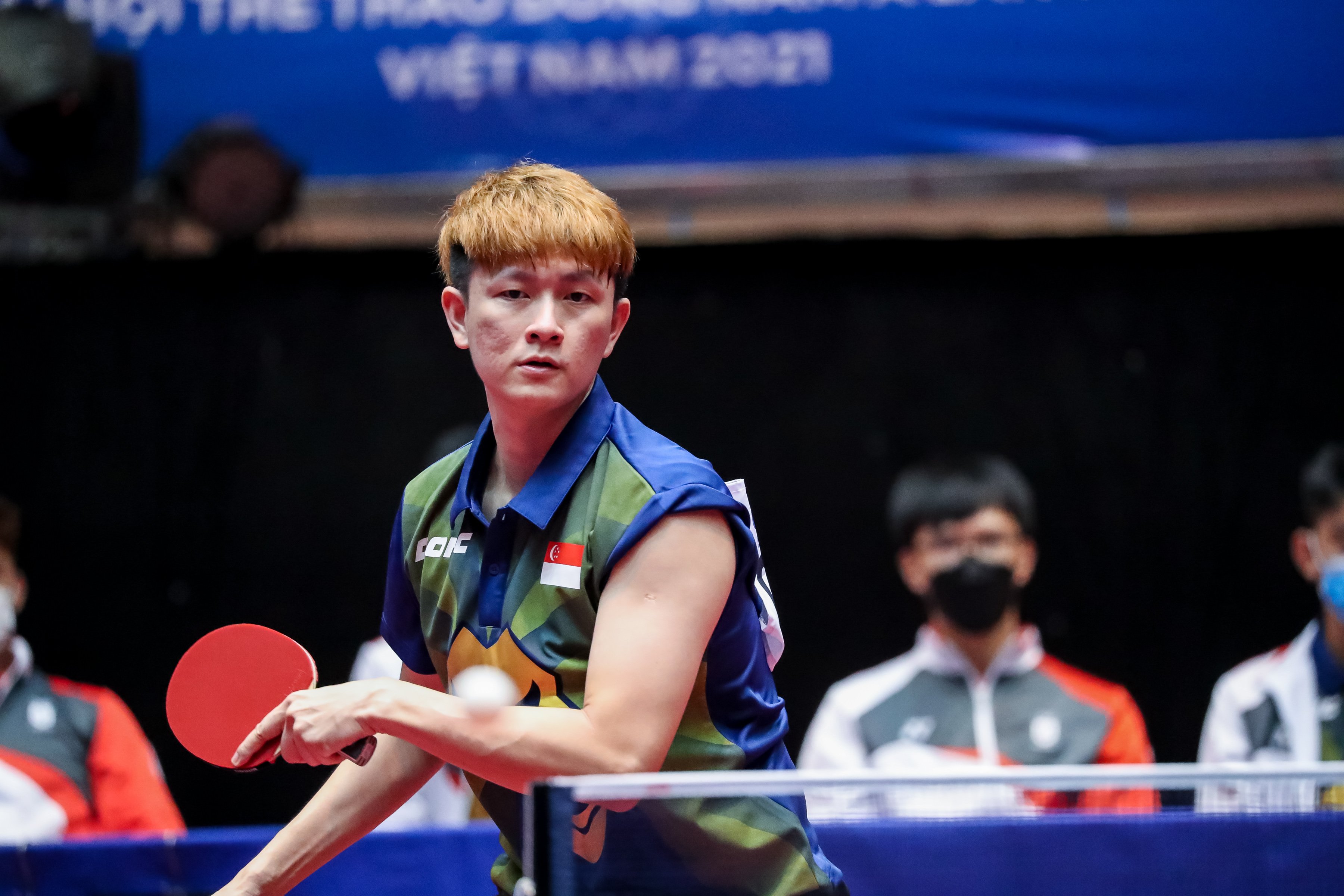 Singapore’s male paddlers took a joint bronze in the team event, after losing 1-3 to Malaysia in the semi-finals.

The quintet of Zeng Jian, Zhou Jingyi, Goi Ruixuan, Wong Xin Ru and Zhang Wanling will play for gold in the women’s team event. They beat Vietnam 3-1 at the Hai Duong Gymnasium and will play Thailand in the final on May 15. 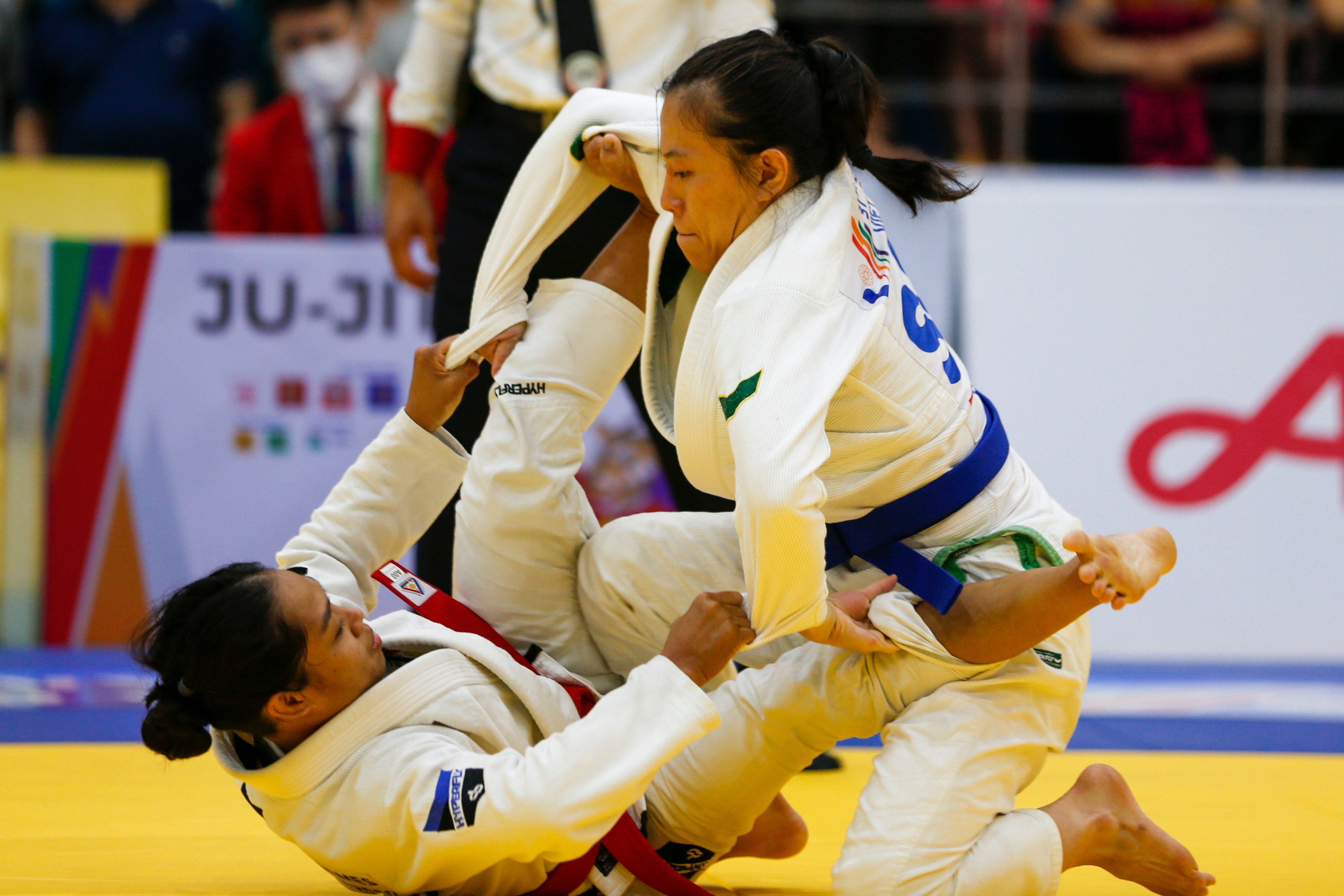 Fiona Toh won one out of her three bouts on Saturday in the women’s 62kg, finishing third overall. 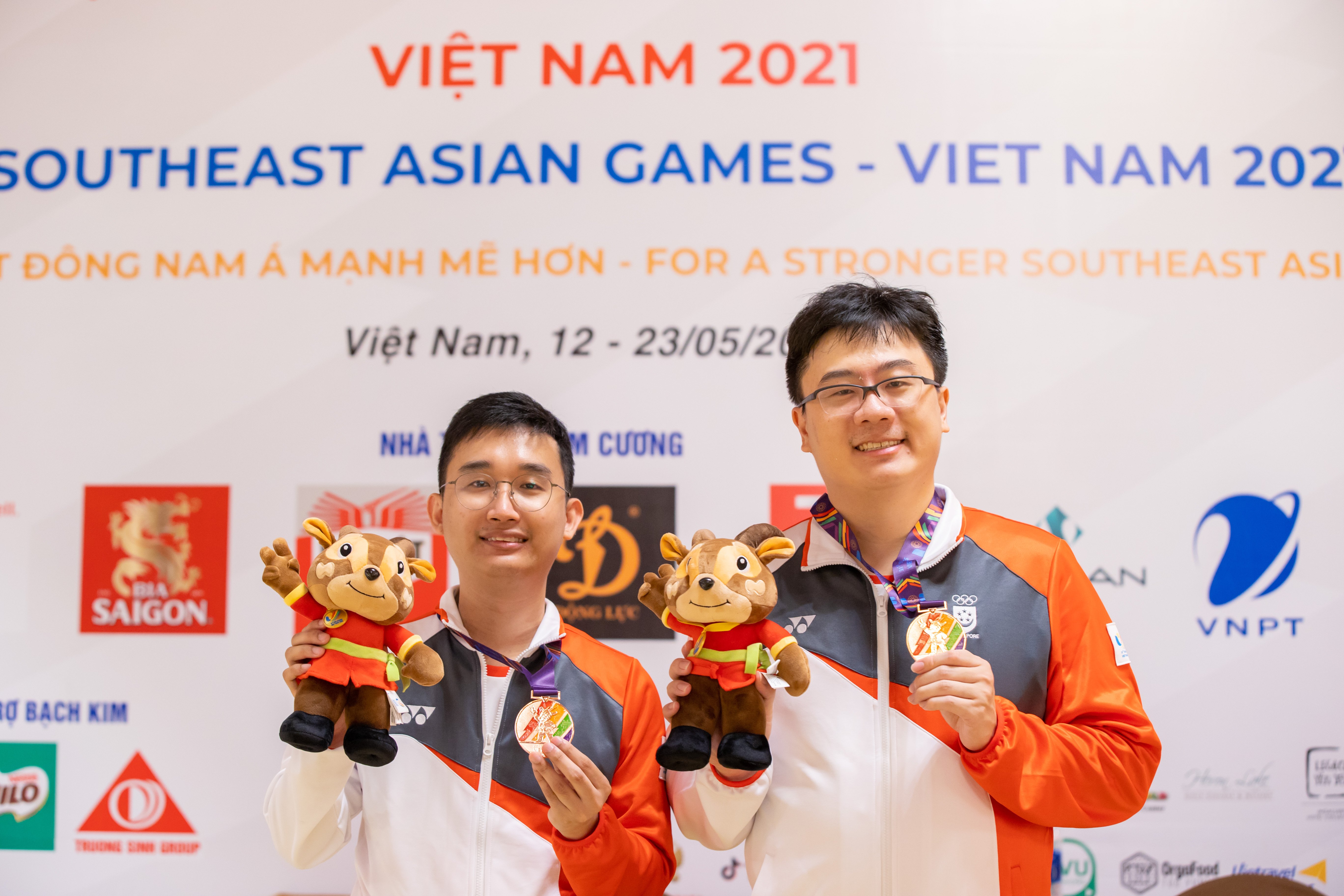 The rapid xiangqi team of Alvin Woo and Low Yi Hao won two rounds (against Malaysia and Thailand), drew Cambodia and lost another (to Vietnam) to finish third overall in the round-robin event, winning bronze. 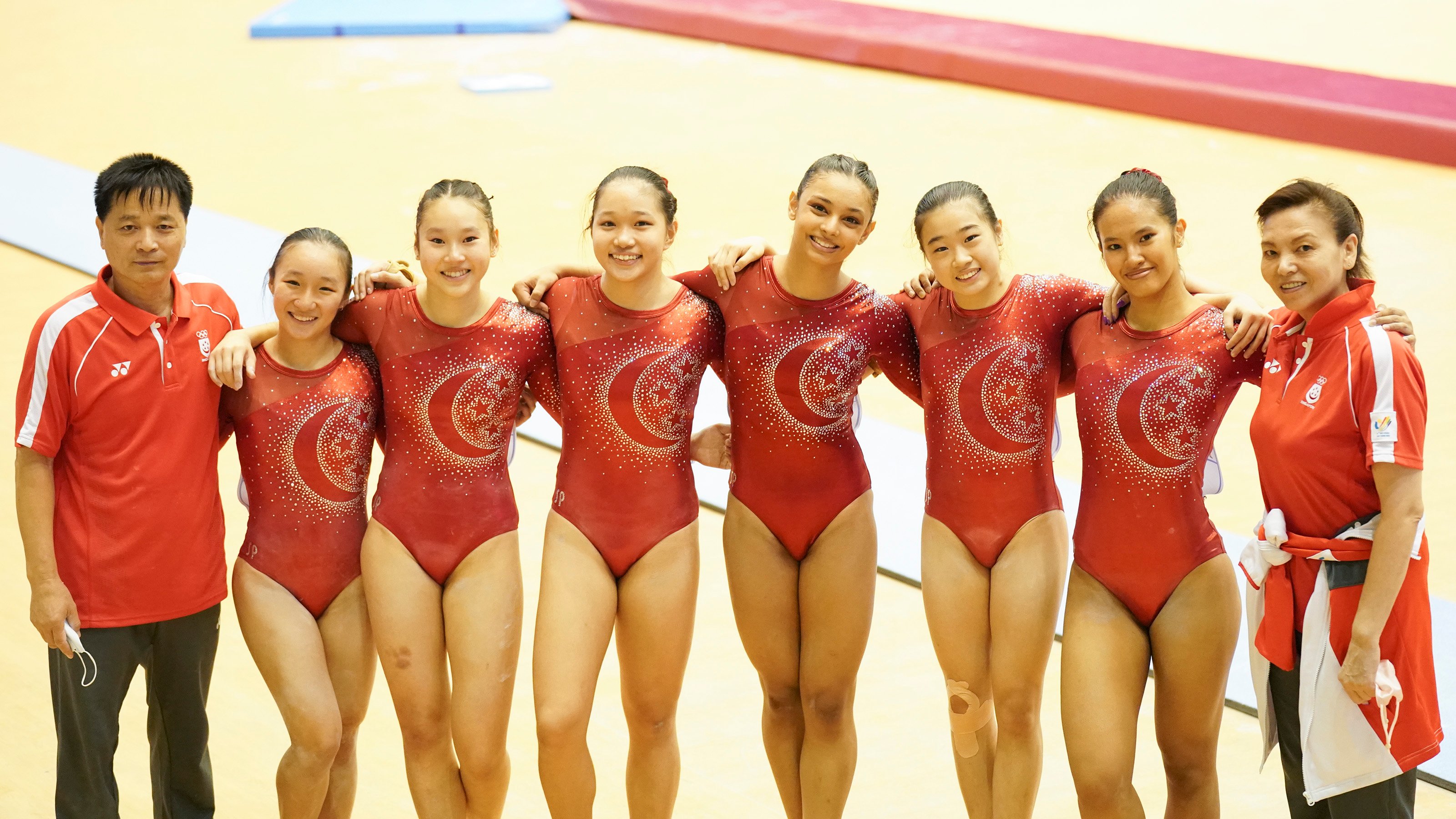