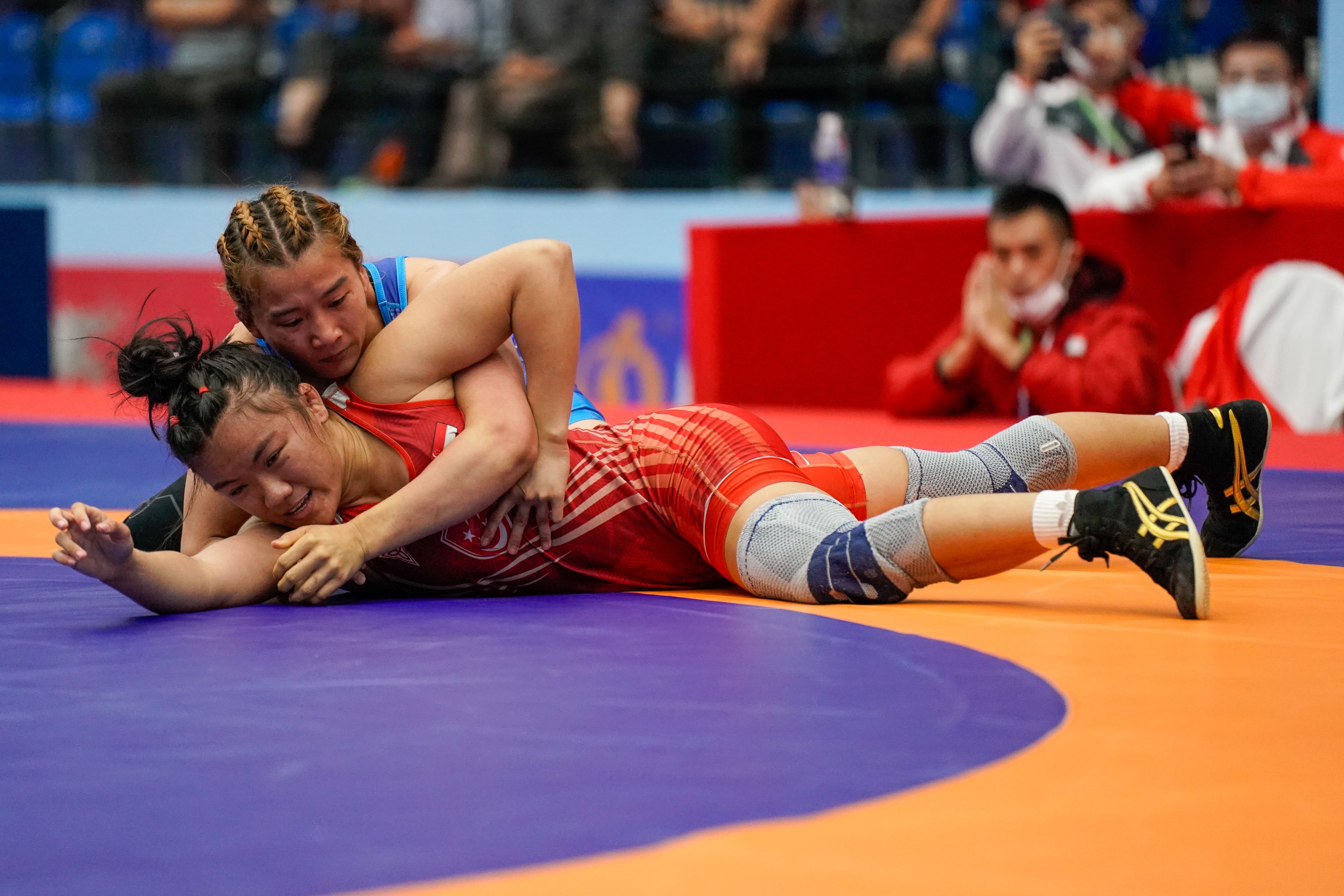 First-timer to the SEA Games, Danielle Lim had her eyes set on a medal on 18 May, at the Gua Lam Gymnasium in Hanoi.

However, this was not to be as the 24-year-old succumbed in 3 of her four matches, to finish 4th out of five in the women’s freestyle 57kg round-robin event.

In a challenging opening match, she put up a brave fight against hot favorite and eventual gold medallist Nguyen Thi My Trang. Knowing it was going to be a difficult match, the game plan was to drag out the match and not concede a pin, said Gabriel Huang, Lim’s coach.

“Danielle’s goal was of course to wrestle and win each exchange. Even though it didn't go that way, she managed to hold her (opponent) off from a win into the second period which is a mini-win in our books.” 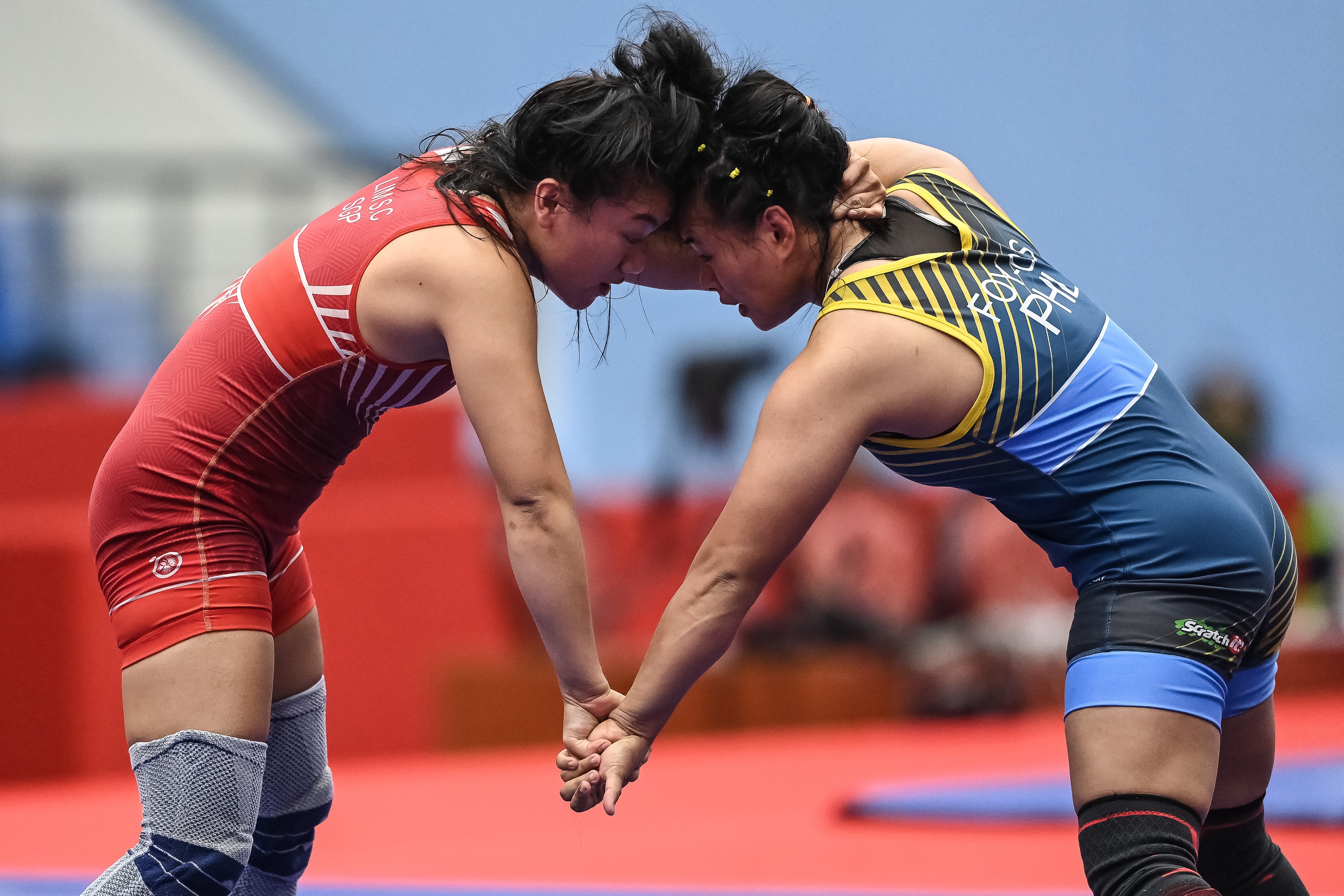 The 24 year old debutant though, went on to lose 10-0. She also succumbed to the Philippines and Thailand - 10-0 and 7-3 respectively. She won her only matchup of the Games against Cambodia’s Noeurn Soeurn, whom she defeated 10-0.

The former national handball athlete had switched to wrestling in 2017, when she was invited by the national coach at that time to participate in trials. Two years later, she met the qualifying criteria for the 2019 SEA Games, but did not make the eventual contingent. 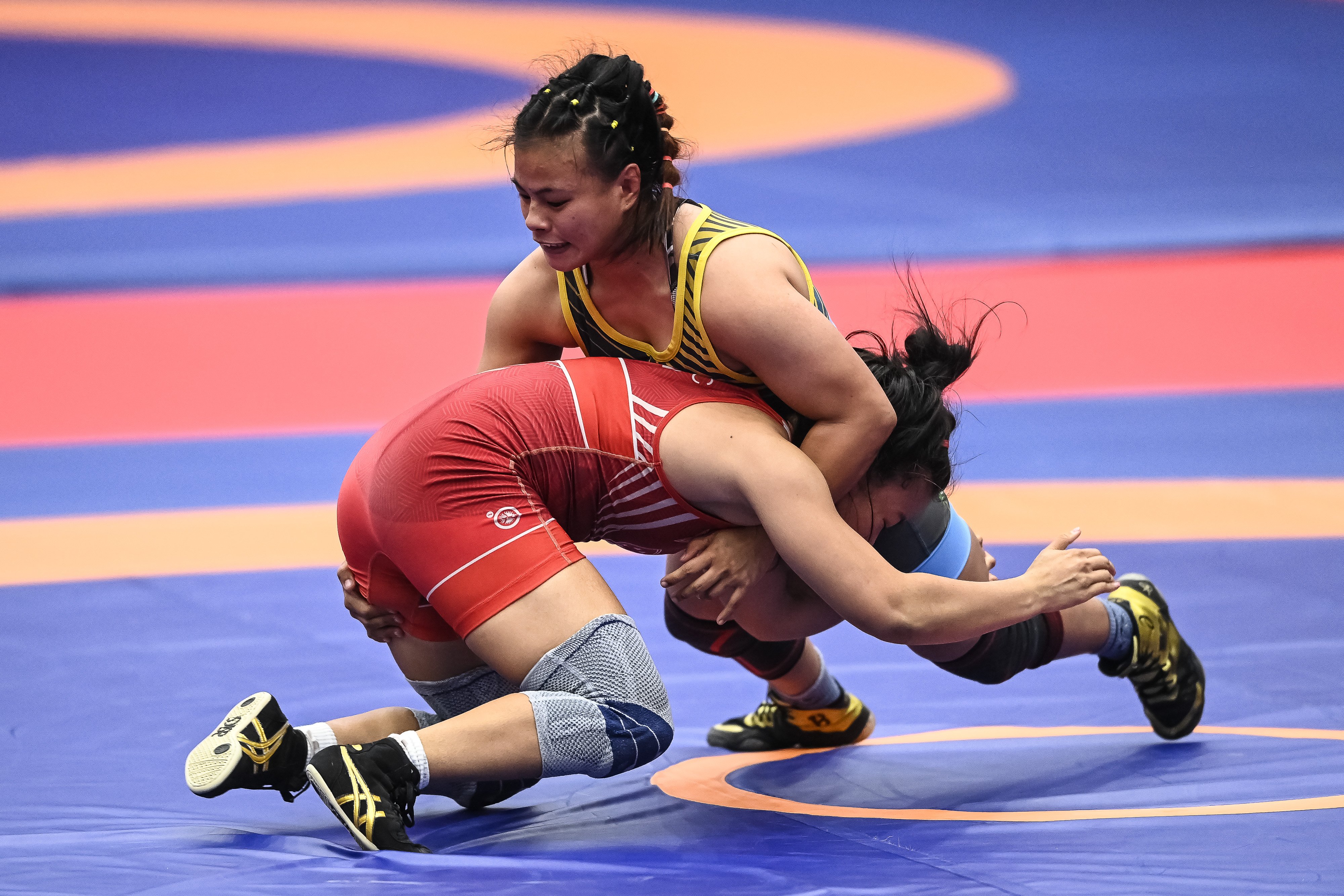 Having missed out, she was determined to give her best but was disappointed with her eventual performance. “I came here to win. Today is a lesson for me. You either win or you learn. It’s only up from here,” she said.

The wrestling contingent won its first medal in Greco-Roman wrestling after Timothy Loh sealed the bronze in the men's 130kg event on Tuesday. Wrestling continues into its final day of events on 19 May with Gary Chow and Lou Hong Yeow competing in the freestyle men’s Under-86 and 74kg events respectively.