Singapore aims to be first Southeast Asian country, to host the prestigious World Athletics Championships in 2025!

17 March 2021 – Singapore has announced Singapore25, its bid to host the World Athletics Championships in 2025. If successful, this would be the first time the global blue-ribbon event will be hosted in Southeast Asia. 2025 will be Singapore’s 60th year of independence and this premier event and festival of sport would be a fitting addition to the nation’s celebrations.

The iconic city state, already renowned as an international hub and home of prestigious international sporting events such as the Formula 1 Singapore Grand Prix, has set its sights on becoming the gateway for athletics for Southeast Asia, a region of untapped potential for the sport.

World Athletics’ strategic plan focuses on four goals - more participation, more people, more fans and more partnerships. “Coupling our commitment to inspire Singaporeans to ‘Live Better Through Sport’ and World Athletics’ vision of ‘Creating a Healthier and Fitter World’, Singapore25 has the potential to be a game-changer for sports and athletics in the region that will benefit the sport, the athletes, fans and the industry,” said Mr Lim Teck Yin, Chief Executive Officer of Sport Singapore.

He added “the World Athletics Championships has never been to Southeast Asia. The region is home to 680 million people including 200 million under-35s, countless MNCs and over 30 tech unicorns. Southeast Asia’s potential for new fans, partnerships, athletes, and heroes to take athletics to the next level is self-evident – and Singapore25 can be that springboard”.

Sharing his excitement of the bid submission Mr Lien Choong Luen, President of Singapore Athletics, said “Singapore25 will give our athletes and those from the region the opportunity to rub shoulders with the giants of the track and field and fire up more interest for the sport. This is a once-in-a-generation opportunity to inspire the athletes of tomorrow.”

Singapore25 will showcase Singapore’s trademark of innovation, sustainability, out- of-the-box thinking and meticulous execution – for athletes, fans, spectators, businesses, and the local community. It is also no stranger to organising international athletics, having hosted the inaugural Youth Olympic Games in 2010 and the Southeast Asian Games in 2015.

“We hope to welcome the world’s best athletes and their fans to Singapore in 2025. We have a proven track record of hosting world-class sports events successfully, and Singapore25 would be a strong addition that boosts our vibrancy and attractiveness as a lifestyle destination” said Mr Keith Tan, Chief Executive, Singapore Tourism Board.

The Singapore team will partner with Mr Ong Beng Seng, the man behind the success of the Singapore Grand Prix and its transformation into Formula 1’s first ever night race and one of the key highlights of the F1 calendar. Singapore will draw on the same innovation and expertise to reimagine the World Athletics Championships and deliver an event that aims to set a new bar for the future. 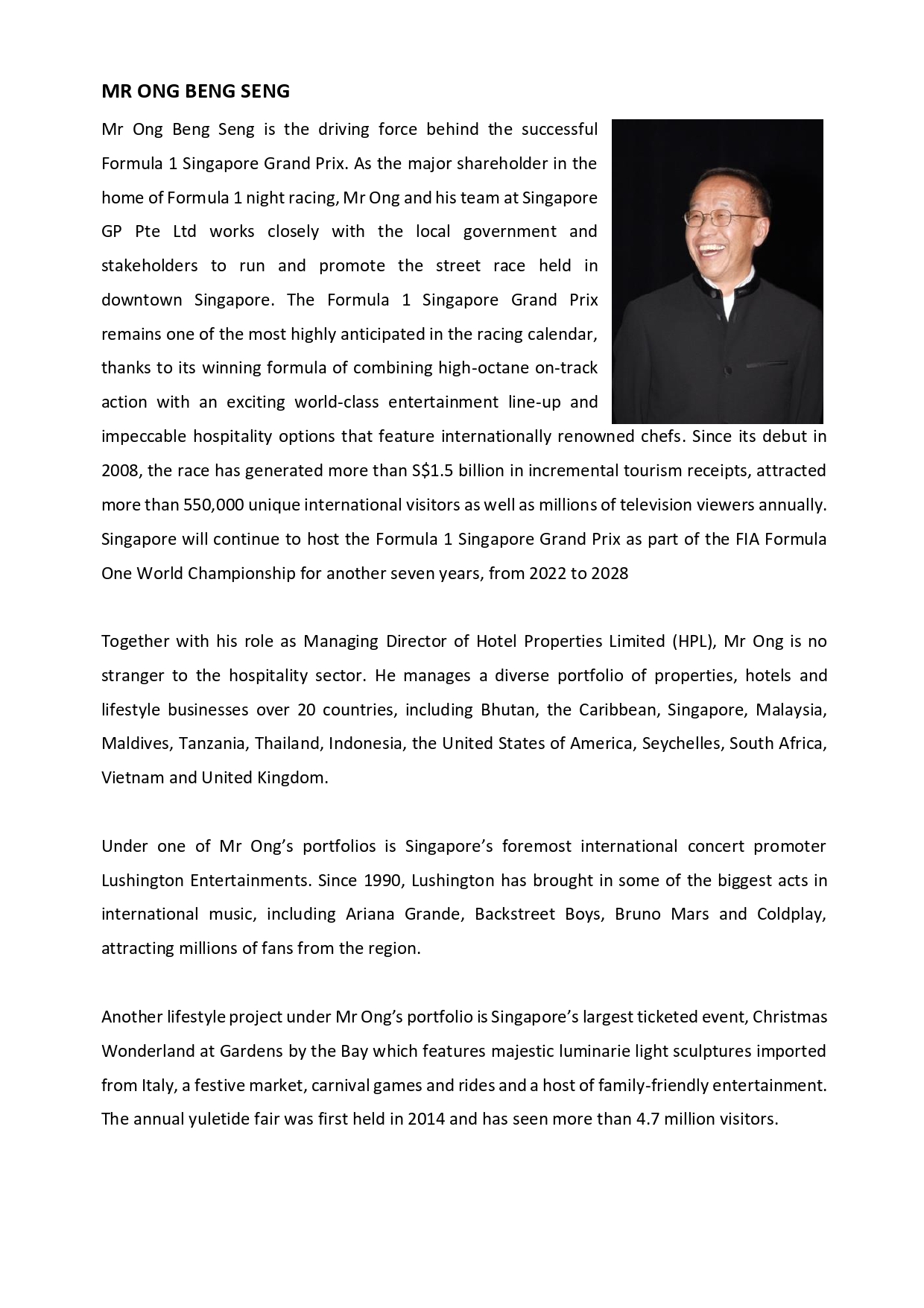