1 June 2022 - The first 2 of four world championship spots will be decided after the final day of group stage matches at the ongoing Men's World Floorball Championship Qualification-AOFC (Men's WFCQ-AOFC) on Thursday, 2 June. After two days of competition at the OCBC Arena, Singapore and Thailand will battle to stay unbeaten and finish top of Group H, while Australia and the Philippines will face each other for the top spot in Group G. The losers of both group matches will have another chance to clinch the remaining two World Championship places, in the Men’s WFCQ-AOFC quarter-finals on Friday. 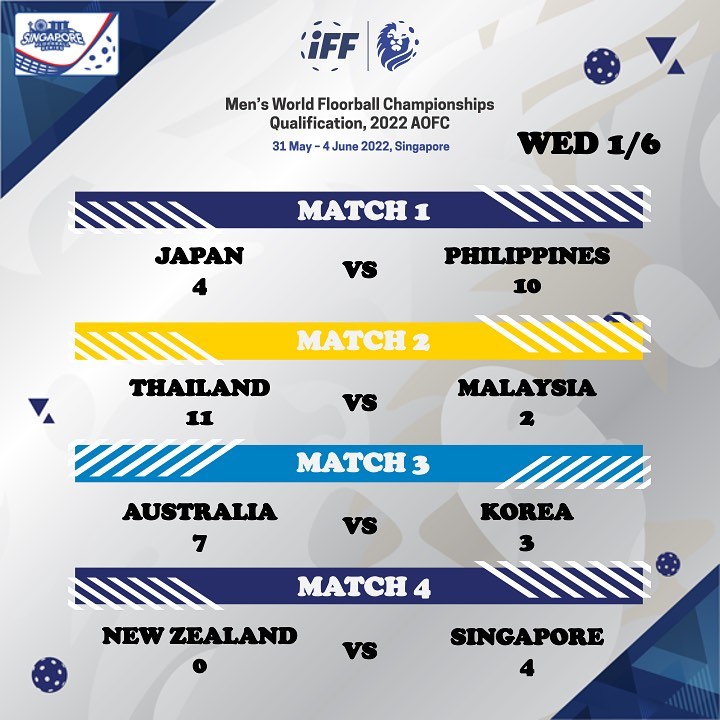 All 4 sides won their respective matches on Wednesday (1 June) to remain undefeated entering the final day of group stage matches. Singapore defeated New Zealand 4-0 at the OCBC Arena while Thailand romped to an 11-2 win over Malaysia. In Group G, Australia cruised to a 7-3 victory over Korea and the Philippines eased past Japan 10-4.

8 teams are in action at the ongoing Men’s WFCQ-AOFC, which concludes on 4 June. 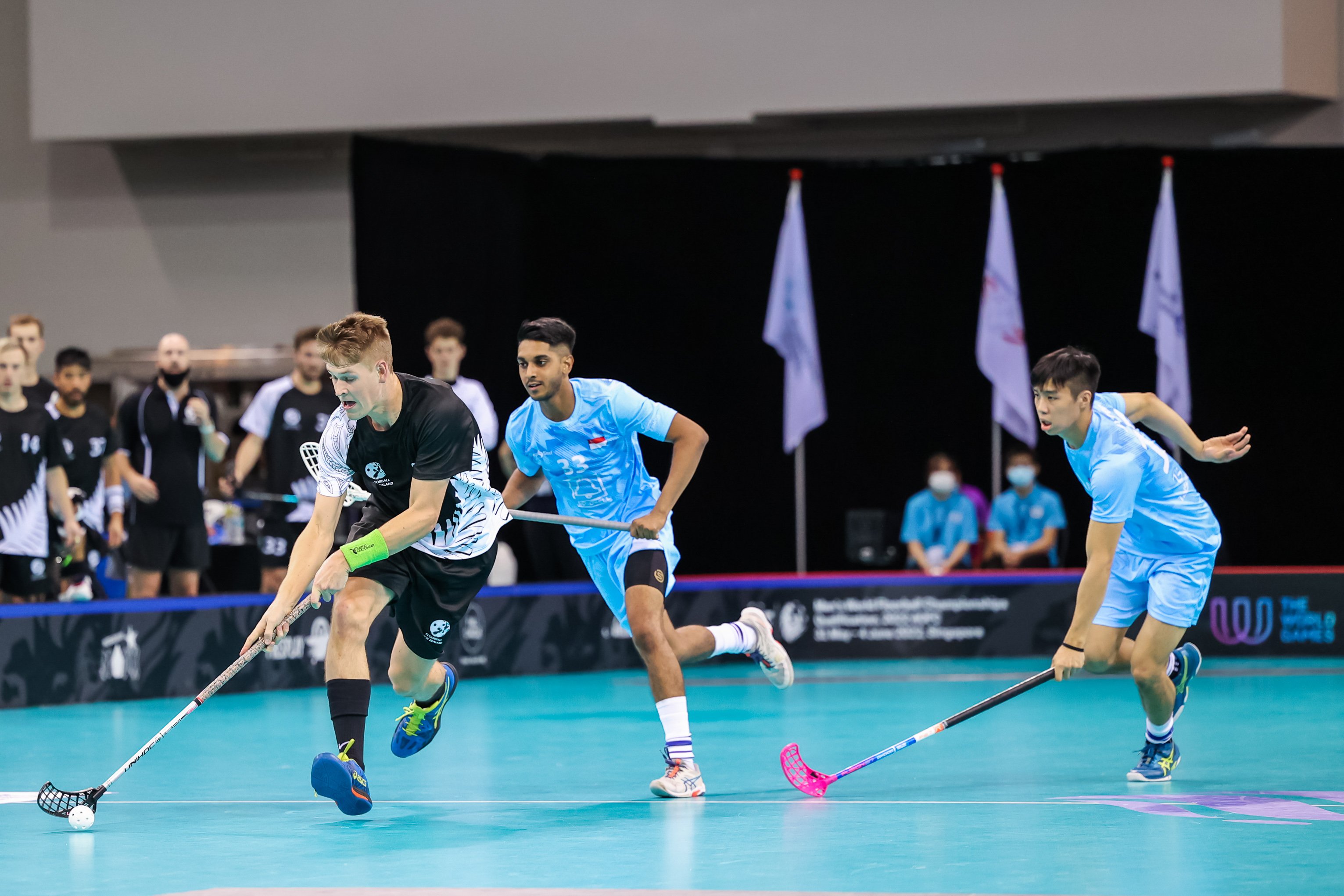 On Wednesday, Singapore took a 2-0 lead over New Zealand in the first period thanks to goals from Player of the Match Vignesa Pasupathy and Lee Chee Yong. Lim Jian Hong made it 3-0 in the second period with a close-range finish. He scored his 2nd of the game, late in the final period to wrap up the win for his side after an intense battle. The hosts will meet regional rivals Thailand for the top spot in Group H, and a place in the Men’s Floorball World Championship. Thailand have been in resplendent form with the highest number of goals so far (21 from two games), while Singapore’s defence has been solid with just two goals conceded.

Singapore’s Player of the Match Vignesa acknowledged that their bout against New Zealand was tougher than their 8-2 defeat of Malaysia the previous day, but was pleased that they met their objective of maintaining a clean sheet. 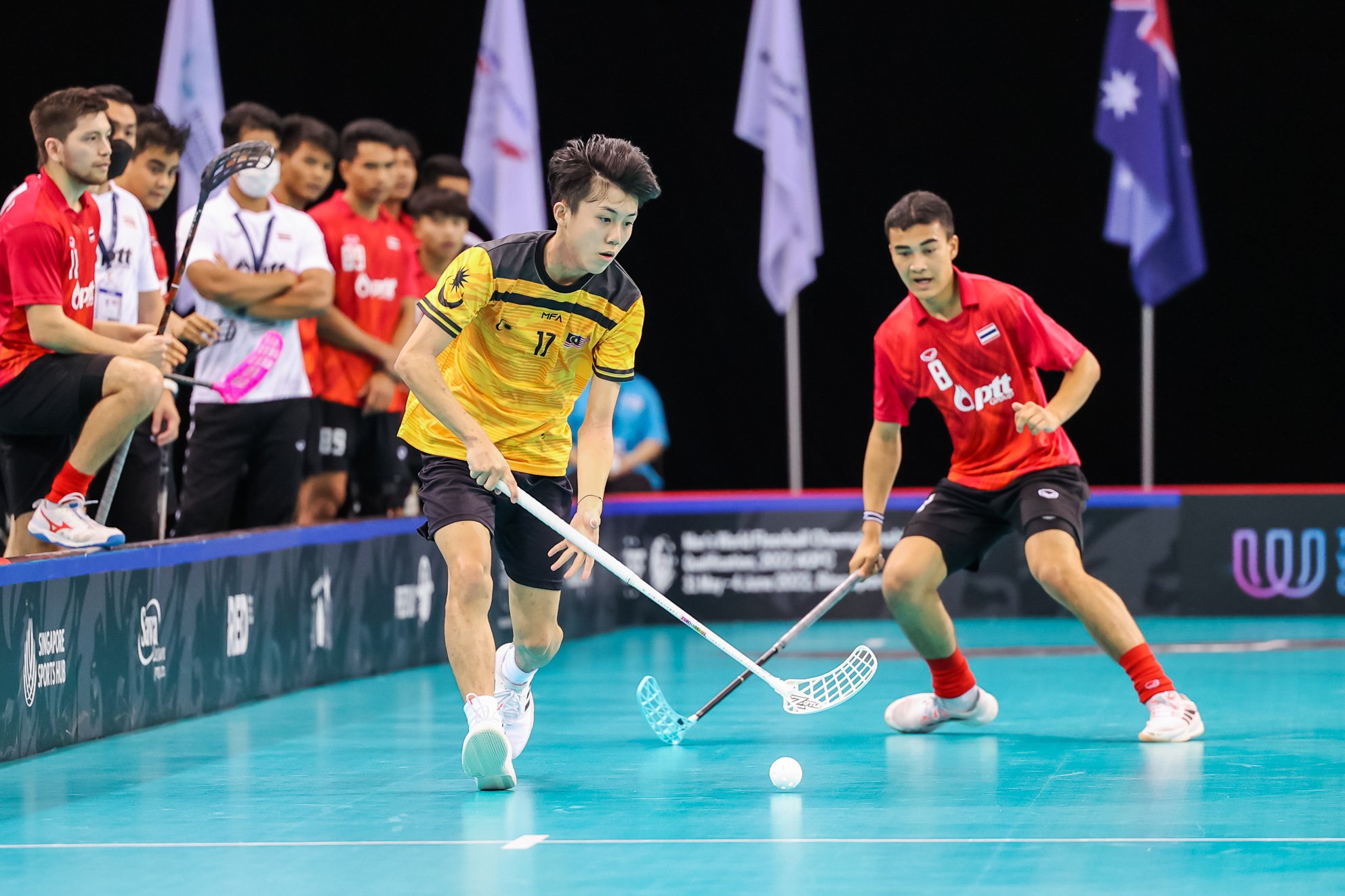 (Team Malaysia was on the receiving end of an 11-2 defeat by the Thais. Photo Credit : Dennis Lim, Singapore Floorball Series)

Thailand’s Player of the Match Jeerayut Yaemyim agreed that the Singapore game would be tough, but added: “It's going to be a good game, and I hope that there's a good atmosphere there.” He also addressed the Thailand fans back home, saying: “Keep cheering for us, we're coming for the World Champs!” 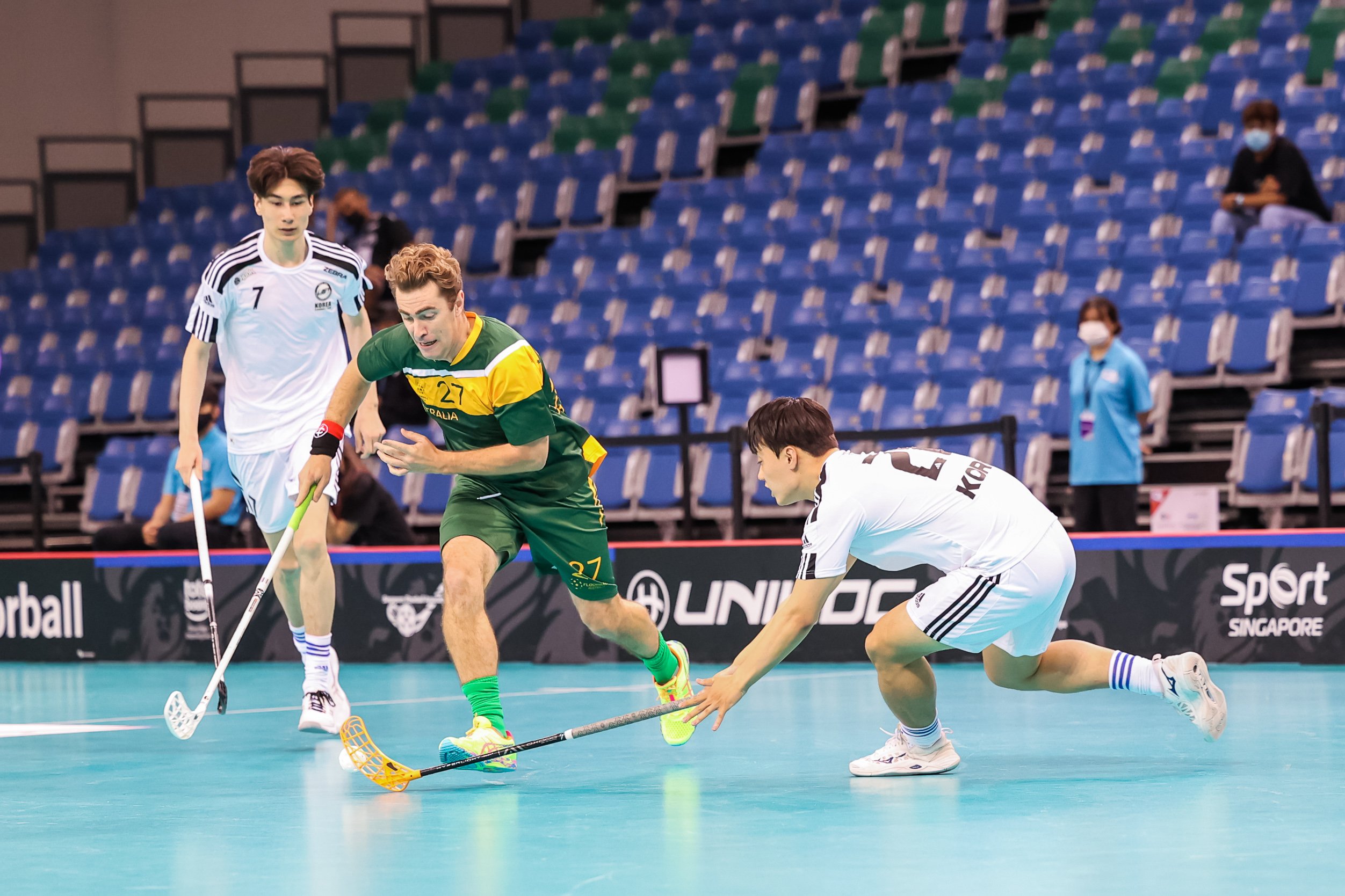 Both sides are also looking forward to facing each other tomorrow, as Australia’s Player of the Match Liam Perry said: “We’re really keen to play the Philippines. They're a really good team, of course, and we’re looking forward to playing them tomorrow. As a team, we're happy with the game today. But there's always small things we can adjust for tomorrow. So we’ll probably talk about it tomorrow or tonight and see how it goes.” 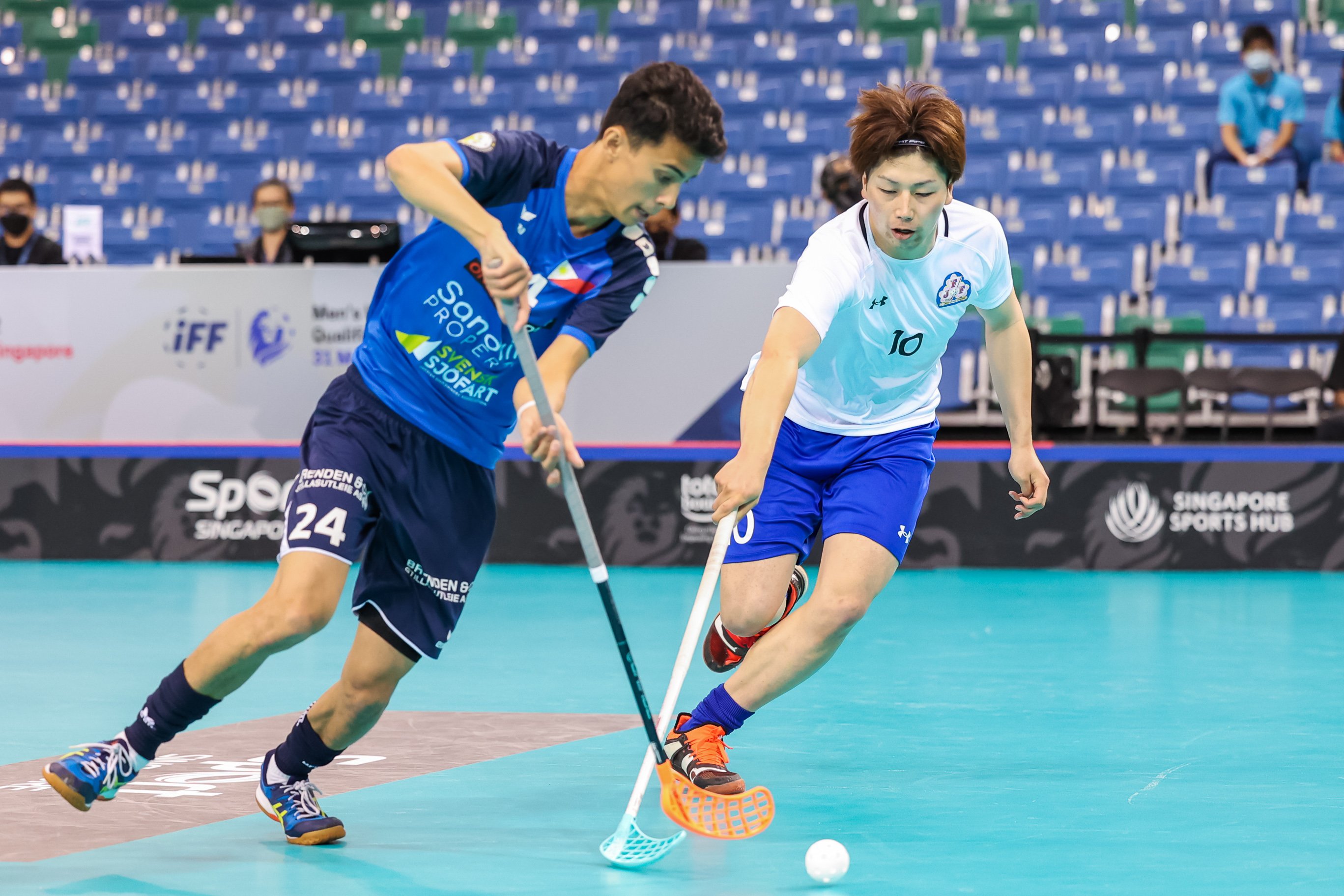 The Philippines’ Player of the Match Kim Franz Varga, who noted that his team’s preparation for this tournament included a friendly match with Thailand, added: “I feel good and I'm in a good mood, so I'm waiting for the next match.”

The Men’s WFCQ-AOFC is part of the inaugural Singapore Floorball Series, which was launched as a platform that aims to regularly bring top floorball action to the community. In this year’s Series, the Men’s WFCQ-AOFC takes place following the Women’s AOFC Cup, which was held from 23 to 28 May.

The match schedule for Thur, 2 June is as follows :

ALL Matches will be Live streamed as well on ActiveSG Circle :  go.gov.sg/mwfcqaofc2022