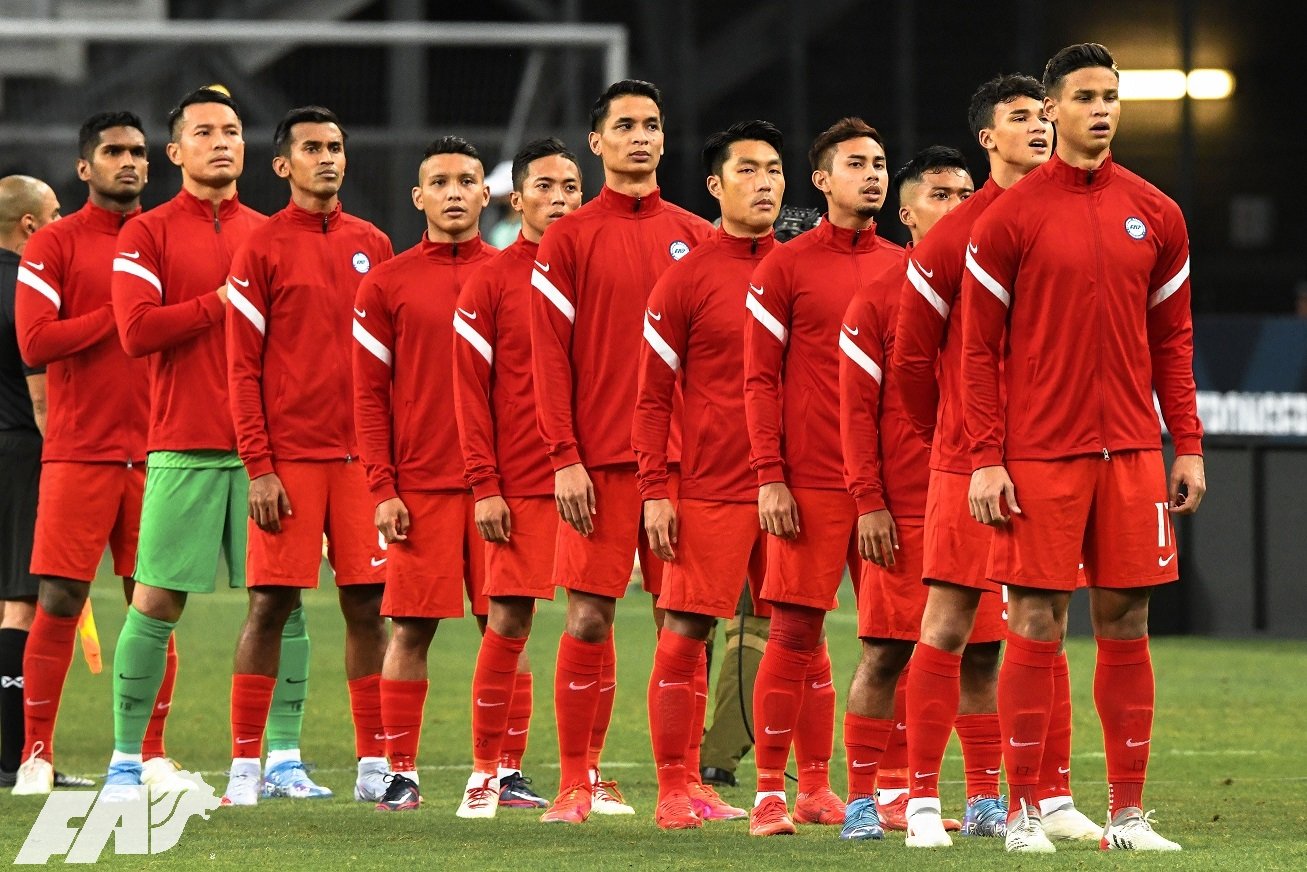 Singapore's national team overcame a dogged Timor-Leste (TLS) side 2-0, in their 3rd Group A match at the 2020 AFF Suzuki Cup. Before kickoff at the National Stadium on 14 Dec, our Lions were already guaranteed a spot in the semi-finals. And that's following the earlier match on the same evening, which saw Thailand defeat the Philippines 2-1 thanks to a brace from Teerasil Dangda - making him the all-time leading scorer (19 goals) at the AFF Suzuki Cup.

After 3 straight losses, Timor-Leste were already condemned to elimination before tonight's match against Singapore. But despite succumbing to a 7-0 thrashing at the hands of the Azkals just 3 days prior, the Timorese fielded a young squad led by their talisman, Paulo Gali. 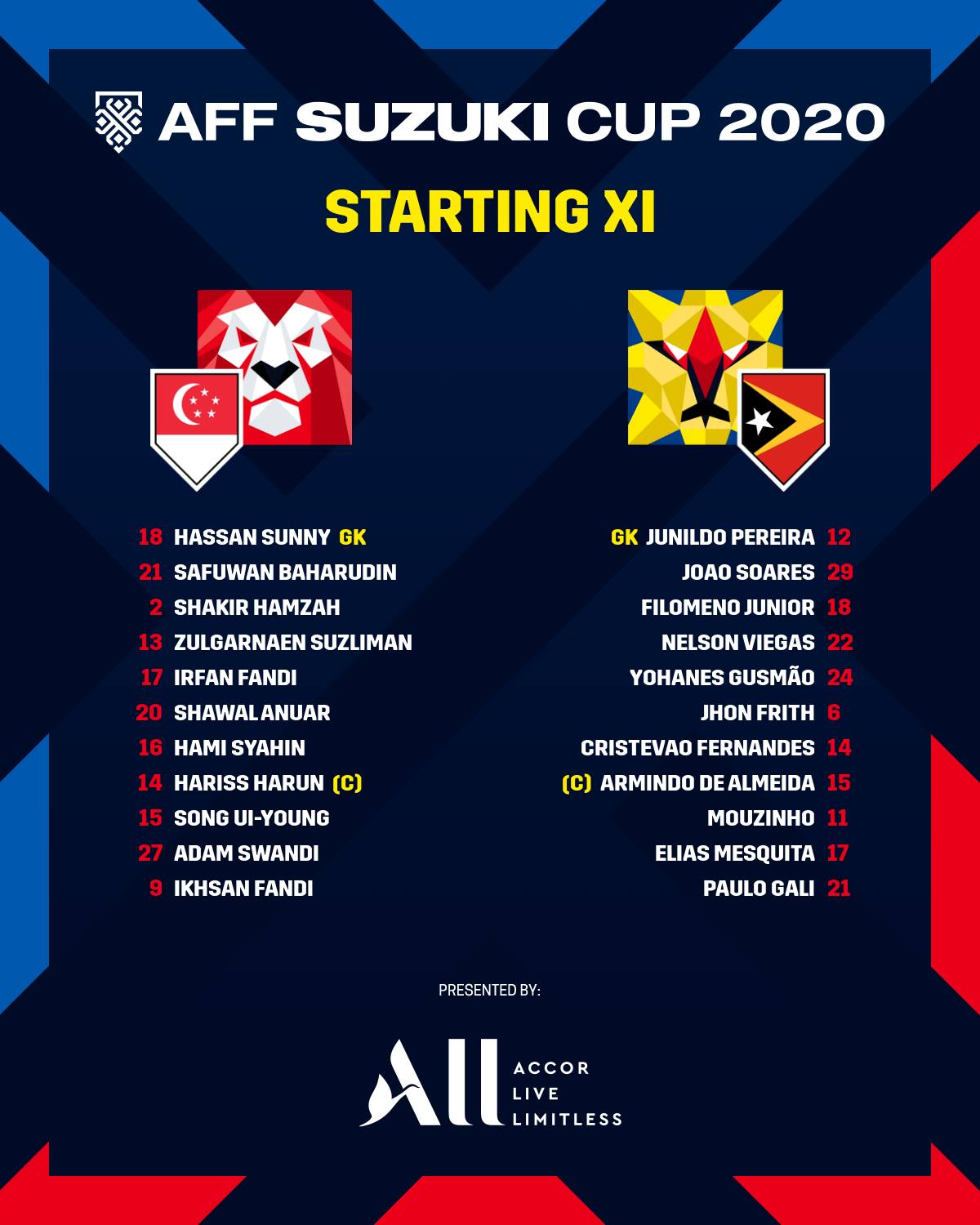 Singapore head coach Tatsuma Yoshida marched into this game without much pressure, and with that, he enlisted a changed first-11 — opting to keep stalwart Shahdan Sulaiman and pacey winger Faris Ramli on the bench. Coach Yoshida made 4 changes to the starting 11 from the last match against Team PHI.

From the get-go, the Lions pushed forward with malicious intent, leading with Hami Syahin pulling the strings on the right-hand side. Timor Leste appeared to have composure in the opening minutes, but it took the Lions just 4 minutes to break the deadlock. 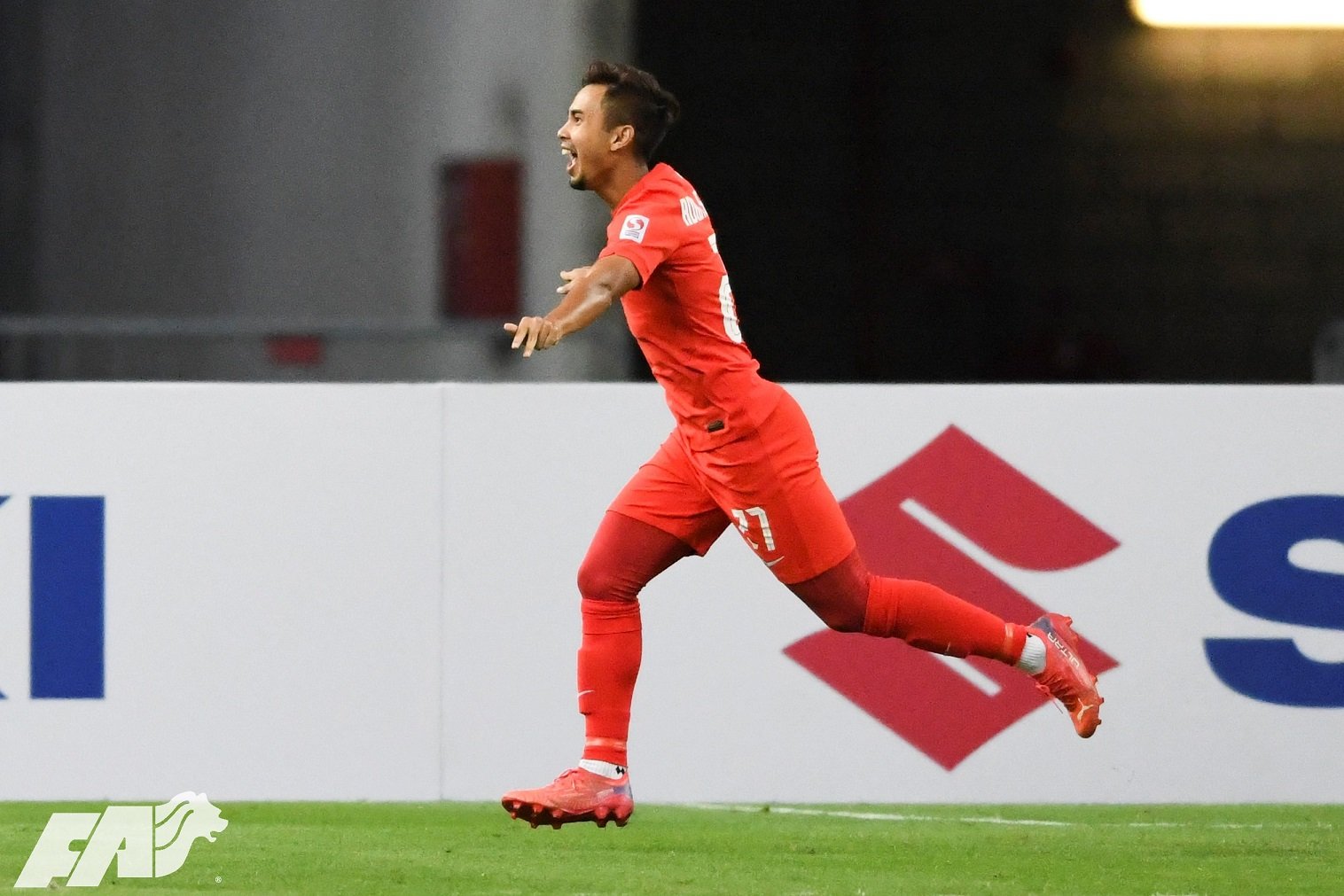 It all started with Shawal Anuar’s cross into the Timor-Leste penalty area. The visitors’ back 4 failed to deal with the threat and that allowed the ball to fall into the path of Song Ui-young, who had the awareness to spot the run of Adam Swandi running in from behind him. The newly minted Singaporean released a sneaky back heel into Swandi’s path, who then made no mistake and slotted the ball into the bottom right corner for the 25 year old's first ever goal in a Lions’ shirt!

Despite going a goal down, the visitors showed resolve and took it to the home side with attacking intent of their own. TLS pulled together their first real goal-scoring chance of the match in the 10th minute, when they caught the Lions’ defence napping.

Mouzinho managed to wiggle his way on the flanks before finding Gali with a short cross. Gali pulled off a snapshot towards goal. And while it looked like it was on its way to the back of the net, Singapore's custodian Hassan Sunny got down fast enough to keep the ball out.

The visitors continued to throw themselves at the Singaporean defence, but they were snubbed at every corner. The Lions also struggled to extend their lead before the interval. HT score was 1-0 to the Lions!

The second half resumed the same way the first ended – with the Lions struggling to create opportunities to get the elusive 2nd goal. Timor Leste decided to hold off any substitutions, considering that this was their best performance so far in the tournament.

7 minutes after the restart though, fatigue started to set in for the visitors, and this opened things up for the home side. In the 52nd minute, Ikhsan Fandi came very close to doubling Singapore’s lead, but he was denied by the post when he only had the goalkeeper to beat.

Tatsuma made his second round of changes in the 67th minute, introducing Anumanthan Kumar and Faris Ramli to spice up the attack, and within 3 minutes, Singapore found Goal No 2! 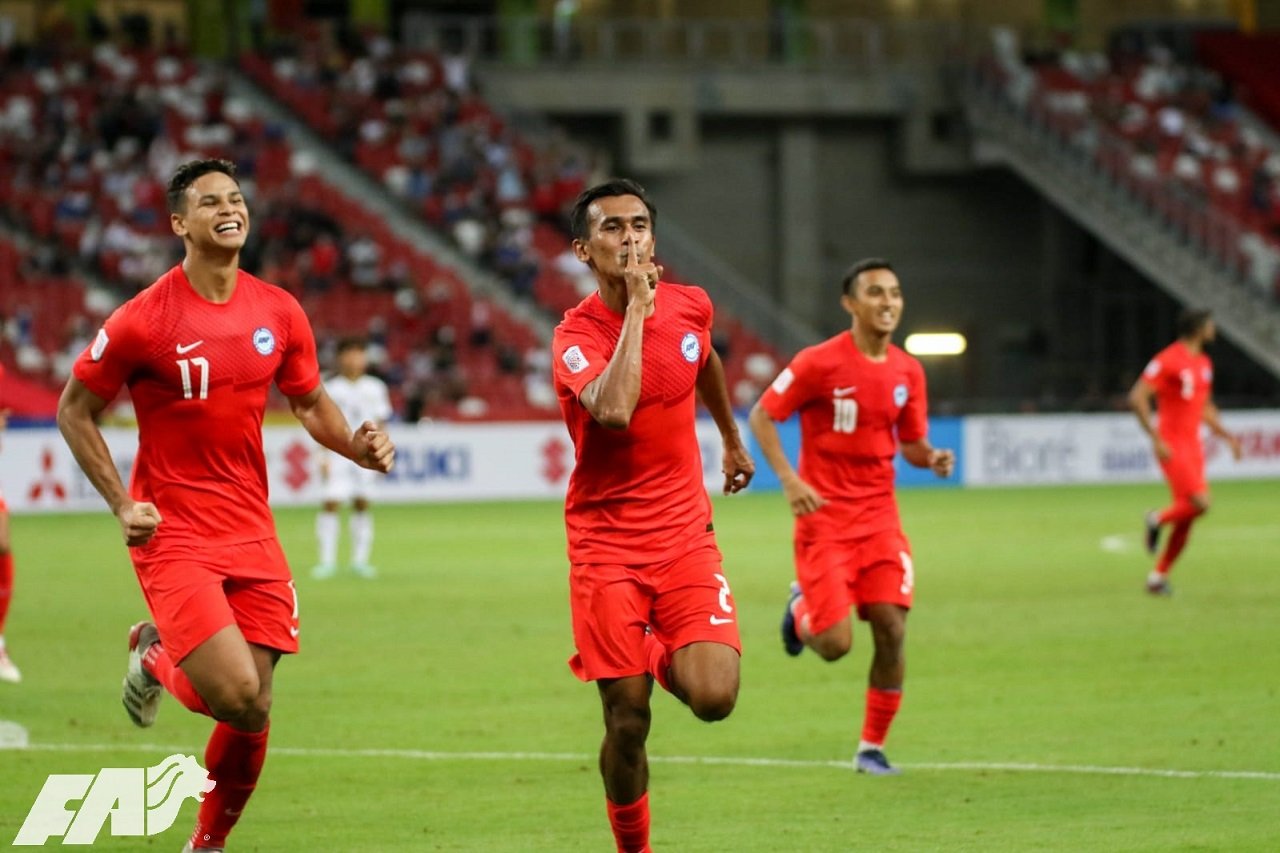 Shahdan launched a freekick from the left, towards the towering Safuwan Baharudin, who was perched in the Timor-Leste penalty box. Instead of clearing their lines, a goalmouth scramble ensued before leftback Shakir Hamzah pounced on a loose ball to fire his shot – it took a deflection off Gali, leaving the goalkeeper stranded. 2-0 to Singapore. 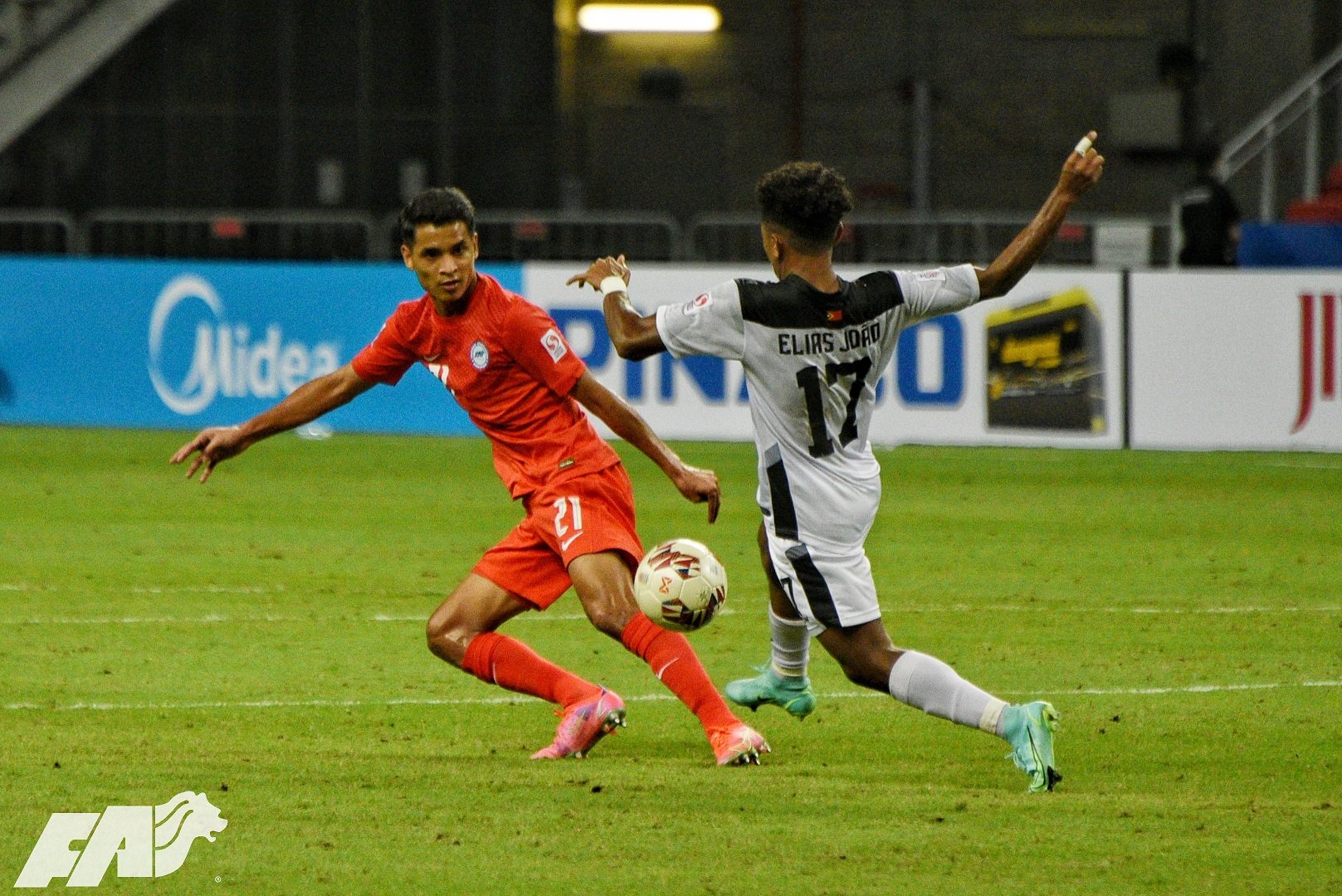 In the closing 10 minutes, the wind was clearly knocked out of Timor-Leste’s sails as their sudden breakthroughs simmered down. While Singapore tried to find more goals to challenge Thailand’s goal difference, they fell short.

At the final whistle, the Lions secured a 2-0 win, but they would have been disappointed not to have scored more. The result puts Singapore in 2nd place on 9 points, behind Thailand on goal difference. The next and final Group match for the Lions will be against the War Elephants on 18 Dec – with the winner securing 1st place in Group A. 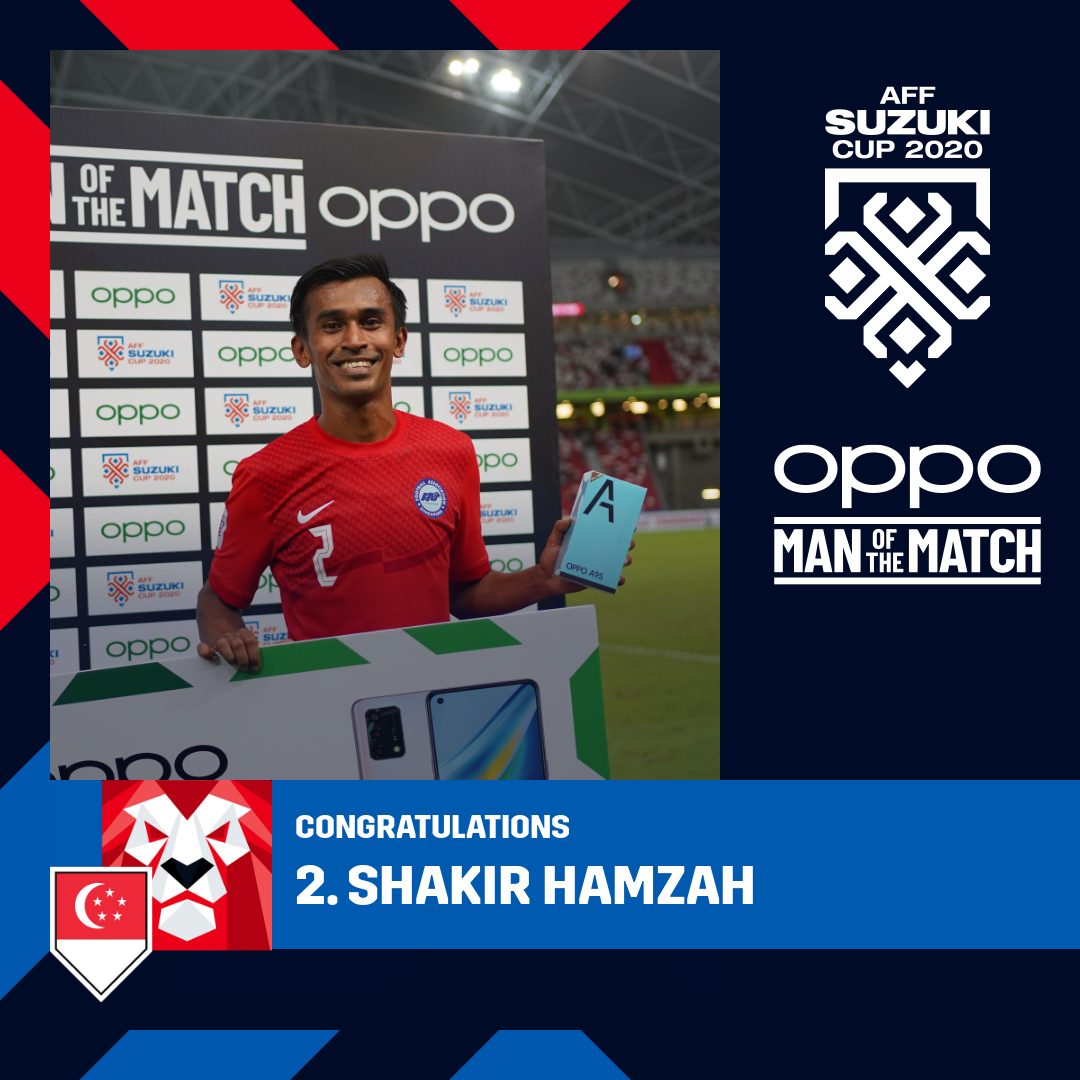 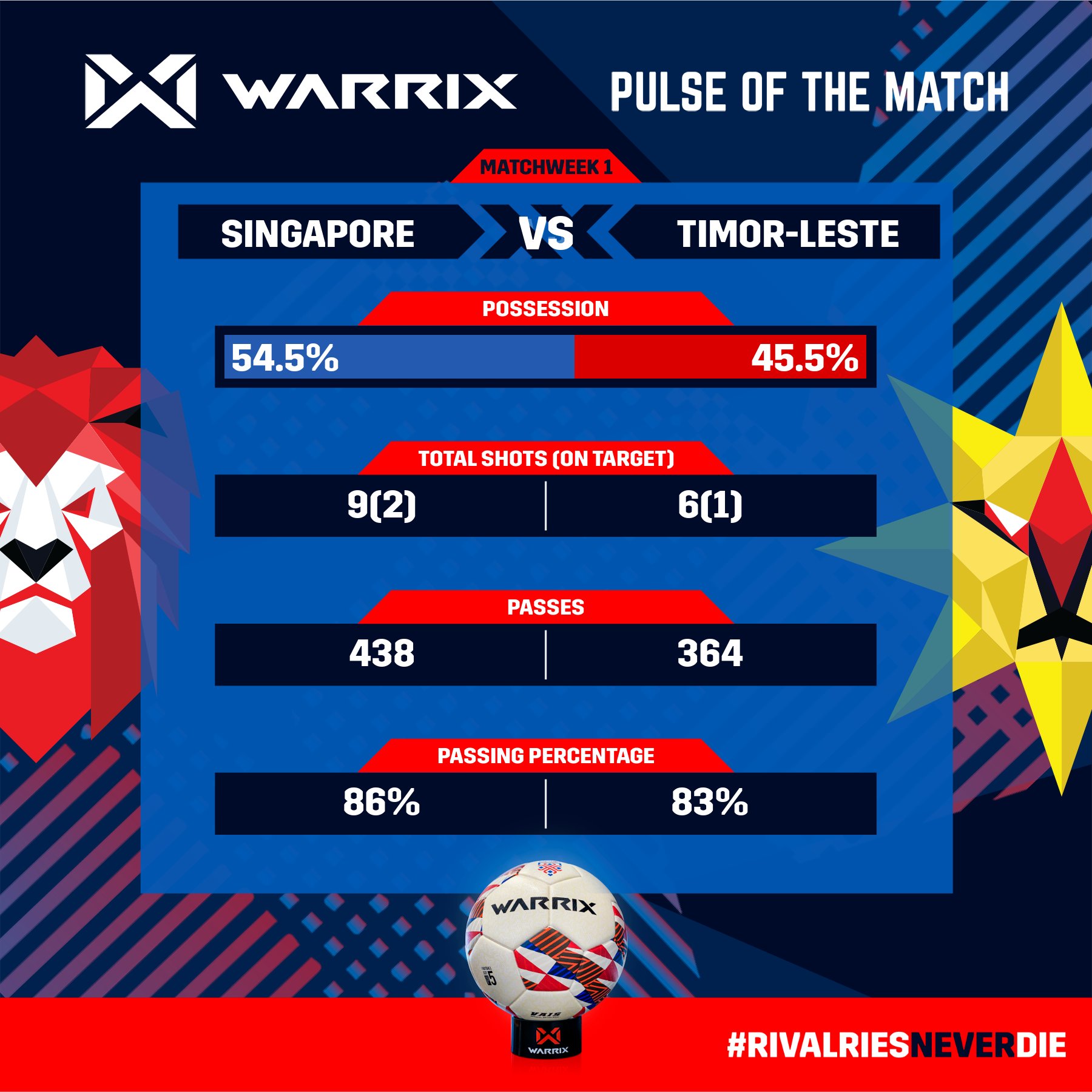