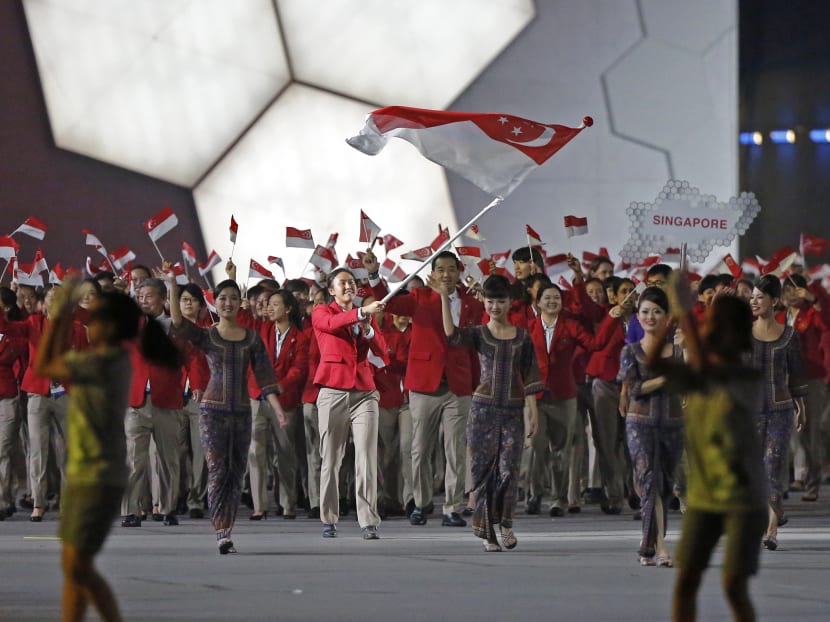 (TeamSG at the 2015 SEA Games at the Singapore Sports Hub)

12 May 2022 - Singapore is set to host the 35th Southeast Asian Games (SEA) in 2029. Members of the SEA Games Federation accepted Singapore’s interest to host the biennial event at the meeting held in Hanoi on Thursday, 12 May 2022.

“We are pleased to host the prestigious regional sporting event in Singapore again. The SEA Games holds special memories and experiences for Singapore and our Southeast Asian neighbours. The camaraderie and rivalry we share are distinct and Singapore is once again happy to organise the 35th SEA Games to relive these moments,” said Mr Tan Chuan-Jin, President, Singapore National Olympic Council.

Given the successful hosting of the 2015 SEA Games and with the support of the Government, Singapore believes that it is ready to host the biennial Games in seven years’ time.

“Hosting the SEA Games will once again give our Team Singapore athletes an opportunity to compete against some of the best in the region, with strong home ground support. The spirit of the SEA Games can also bring Singaporeans from all walks of life together, to cheer and rally behind our athletes, and strengthen our national unity. Following the successful hosting of the 2015 SEA Games, we are confident that the 35th SEA Games in 2029 can be another defining moment for Singaporeans and also an opportunity to showcase our hospitality, and tighten bonds with our Southeast Asian neighbours,” said Mr Edwin Tong, Minister for Culture, Community and Youth & Second Minister for Law.

The biennial SEA Games, which was first held in 1959 as the SEA Peninsular Games, is the most visible multi-sport event in the region. Singapore has hosted the SEA Games on four previous occasions in 1973, 1983, 1993 and 2015. The 2015 edition, which coincided with SG50, saw Singapore’s best showing at the Games in terms of medal performance and medal table placing. Team Singapore recorded a historic medal haul of 259 medals (84 Gold, 73 Silver and 102 Bronze medals) which placed Singapore second on the medal tally – the highest ranking our Republic has achieved since the 1975 South East Asian Peninsular Games in Thailand.