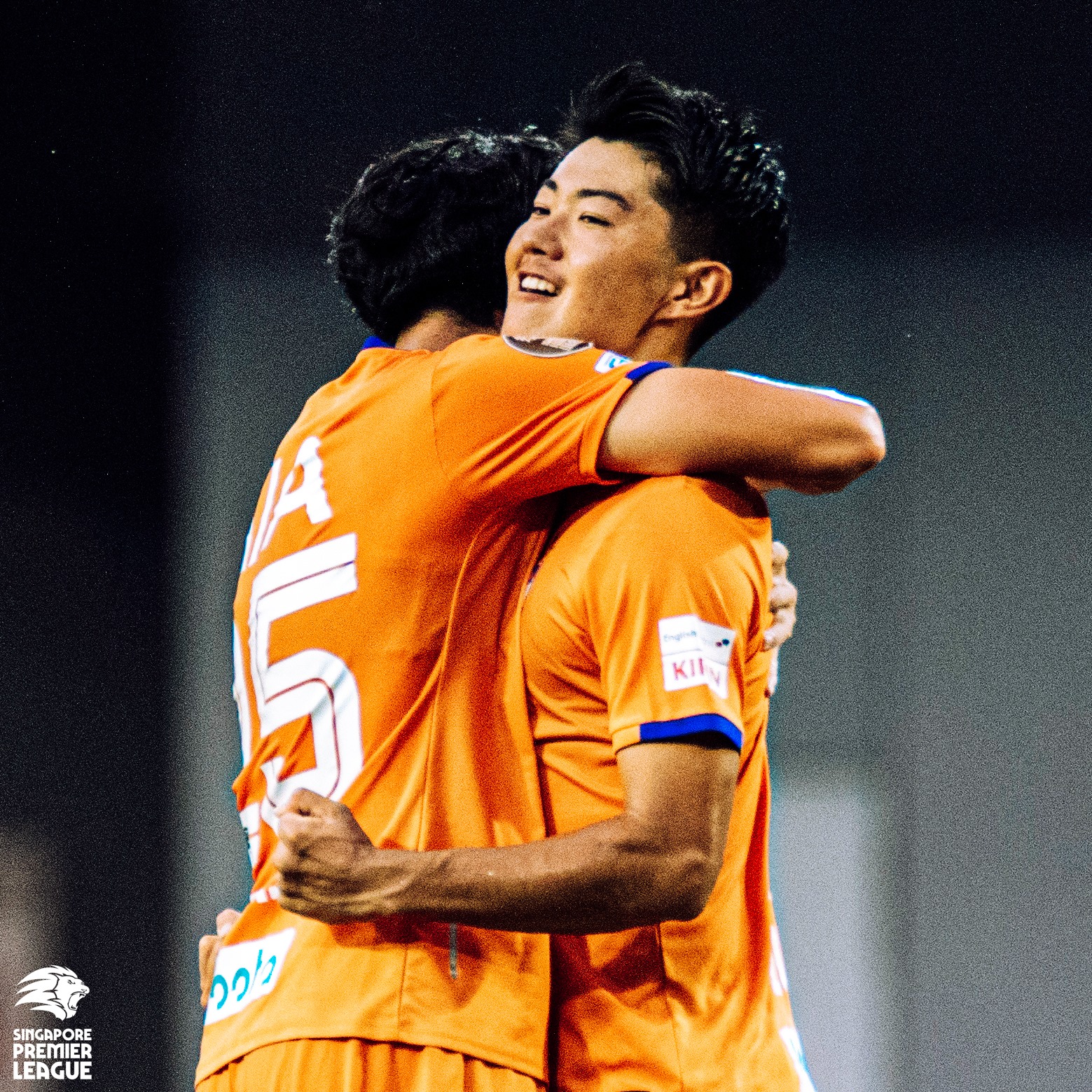 Running on an impressive 11-match unbeaten streak, Albirex Niigata Football Club (Singapore) or ANFCS, looked poised to claim yet another championship in the latest season of the Singapore Premier League (SPL). With their emphasis on teamwork and coordination, the White Swans had easily dispatched previous opponents - establishing their dominance in Singapore over the recent years.

Their opponents Geylang International Football Club (GIFC), on the other hand, was still reeling from a series of player injuries that have plagued their performance in the current league. By all accounts, the Eagles appeared to be easy pickings for the White Swans in their match-up on 23 May at Our Tampines Hub (OTH).

Yet the previous day revealed troubling developments for Albirex Niigata (S) as they were edged out from their leading position in the league by Lion City Sailors Football Club. Key players such as strikers Kiyoshiro Tsuboi and Kuraba Kondo were also noticeably absent, being withdrawn from the field to nurse their injuries from past matches.

Shigetomi Keiji (head coach of the White Swans), however, appeared unfazed at the loss of their star players in the pre-match interview. Remarking that it was ‘play per normal’ for his team, Keiji stressed on the importance for the White Swans to achieve ‘quality attack’ throughout their match against their GIFC opponents for a decisive victory. 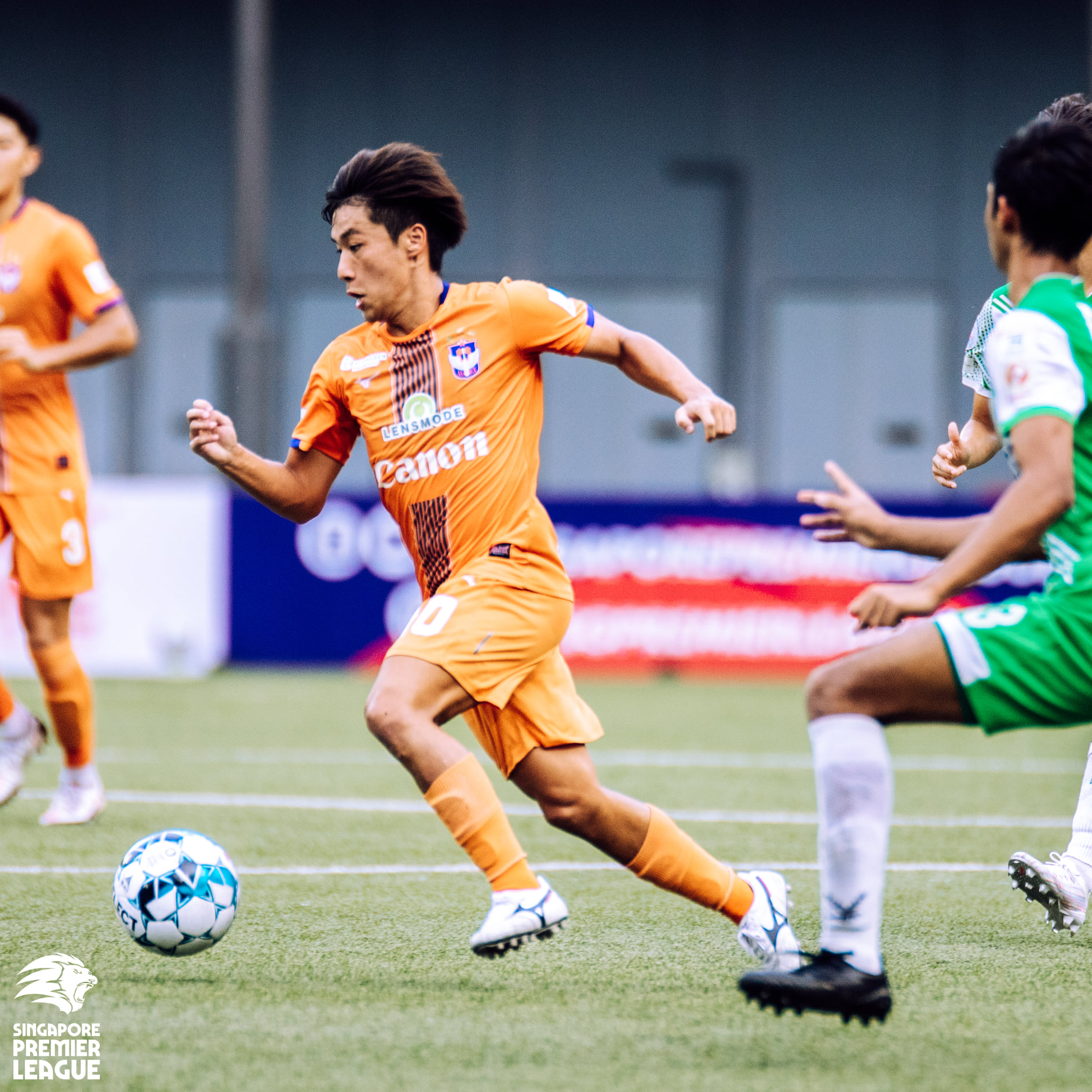 As soon as the match began, the defending champions got to work on their opponents. The first-half saw an impressive dominance by the White Swans as they applied strong pressure against the Eagles' defence - consistently wrestling ball control from hapless Geylang players and threatening their defenses with impeccable coordination. Yet the absence of their prominent strikers were felt almost immediately, as the White Swans failed time and time again in the early half, to translate their aggressive play into successful goal shots. 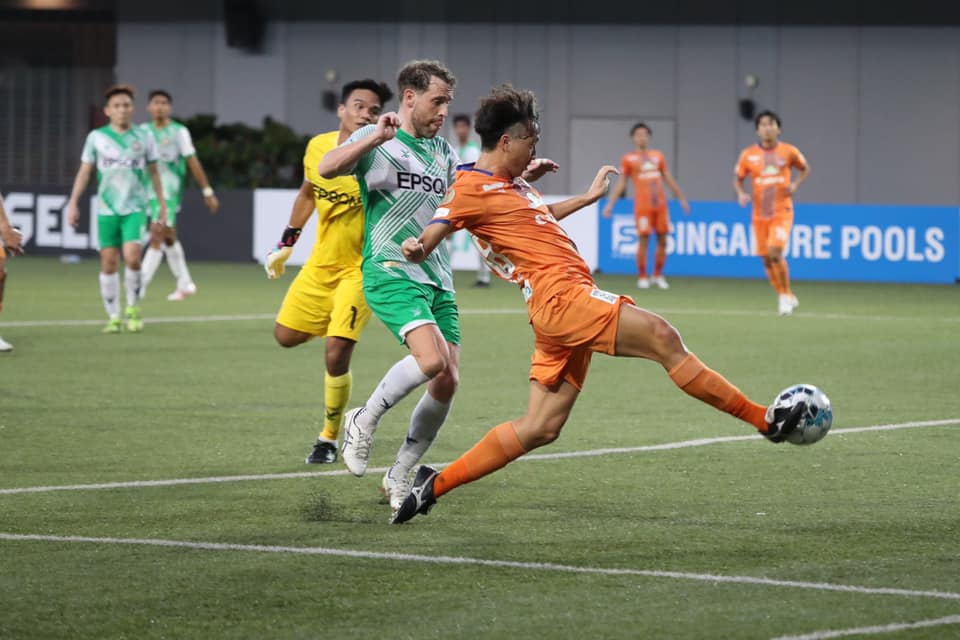 The match saw its first goal at the 13th minute mark, with Kosuke Chiku rising up to the occasion to break the deadlock. The Japanese striker proved quick on his feet, easily telegraphing and intercepting a bad pass from GIFC’s goal-keeper. Caught off-guard and out of position, Wayne Chew could only look on with horror as Chiku dribbled the ball closer towards his goal. He needed no further invitation as the Number 8 calmly slammed the ball into the top-right corner, as teammates rushed towards him for a well-deserved celebration.

Eager to extend their momentum, the remainder of the first-half witnessed an even greater aggression by the White Swans as they doubled-down on their opponents - frustrating the Eagles as Albirex constantly outmaneuvered their opponents. The Eagles, however, were not one to concede defeat so easily. 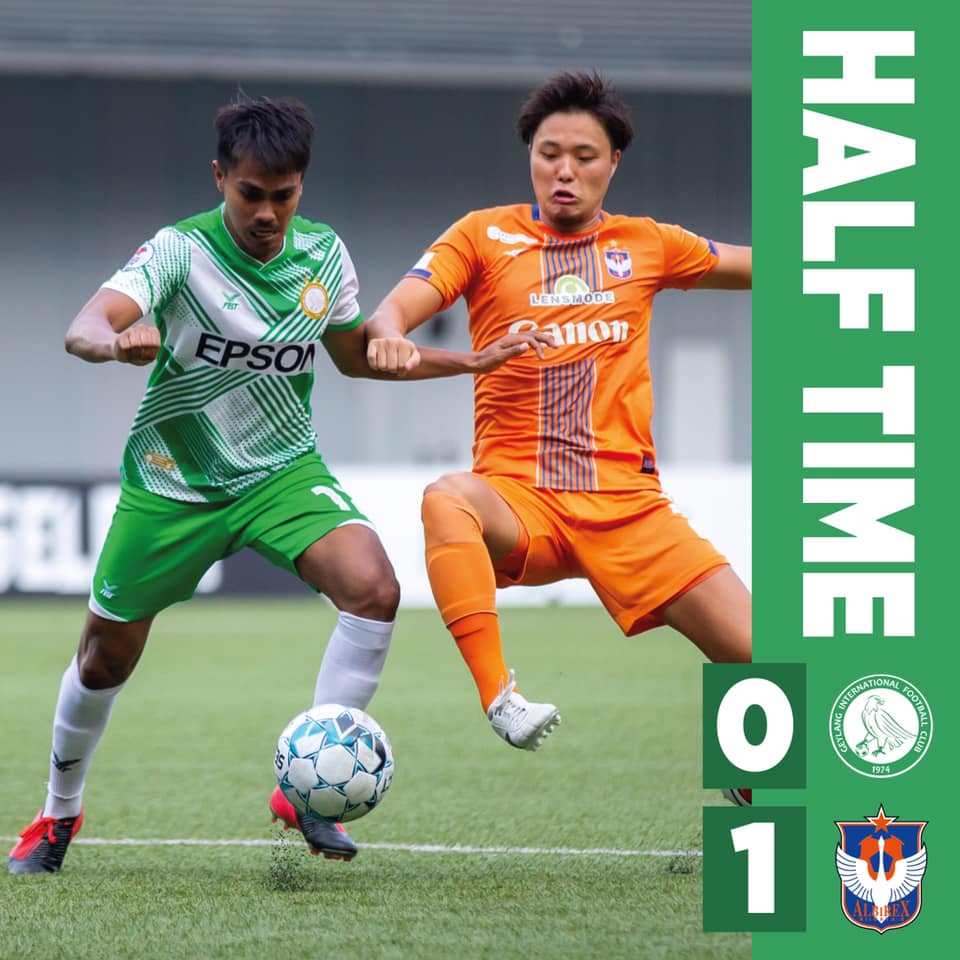 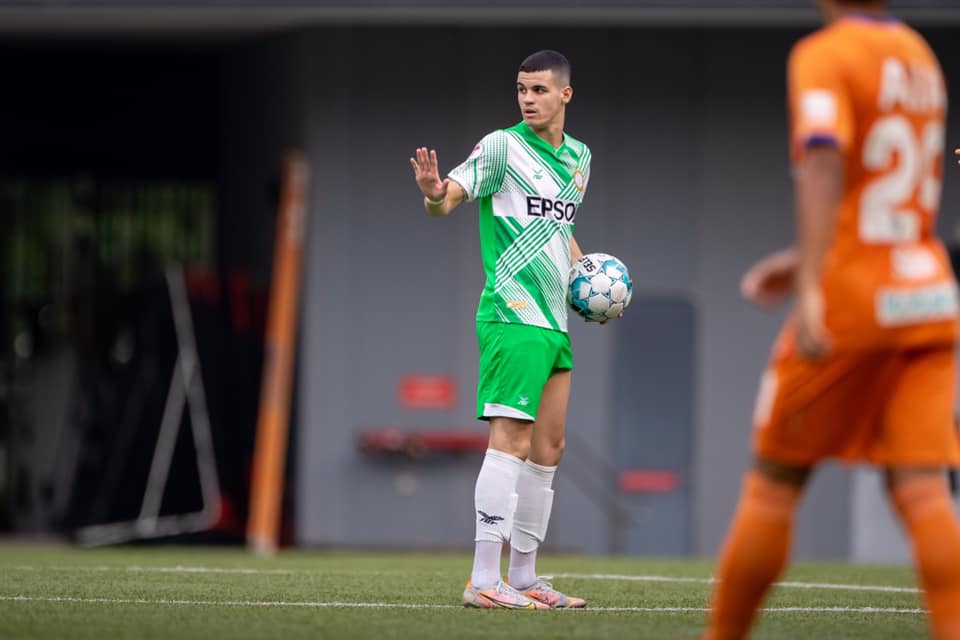 Returning from the half-time break, the GIFC players handed an immediate stunner against the White Swans 30 seconds into the 2nd half. Receiving a long pass from Firdaus, Matheus Moresche broke into an impressive sprint which easily cleared him through the White Swans' defense. The Brazillian footballer made full use of every opportunity presented to him, luring a helpless Takahiro Kago out from his goal-post to place a clean shot - securing a much-needed tie-breaker for the Eagles. 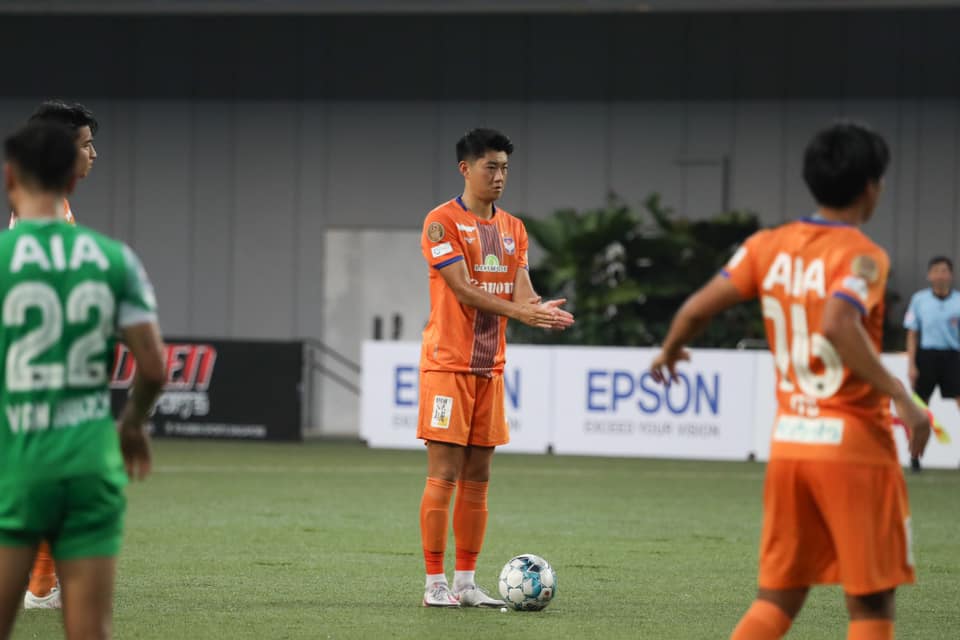 If the Eagles were hoping to break the morale of the current leaders through their equaliser, they were clearly mistaken as the White Swans continued to dominate the match with an unrelenting ferocity. Looking for a second goal, the ANFCS finally found their precious opening in the 65th minute as a foul earned Takahiro Tezuka a free-kick just beyond the penalty box. Assessing his opponents' defenses, Tezuka launches a deft kick which sends the ball soaring... and beyond the grasp of the Eagles custodian - earning the White Swans their 2nd and final Goal of the day! 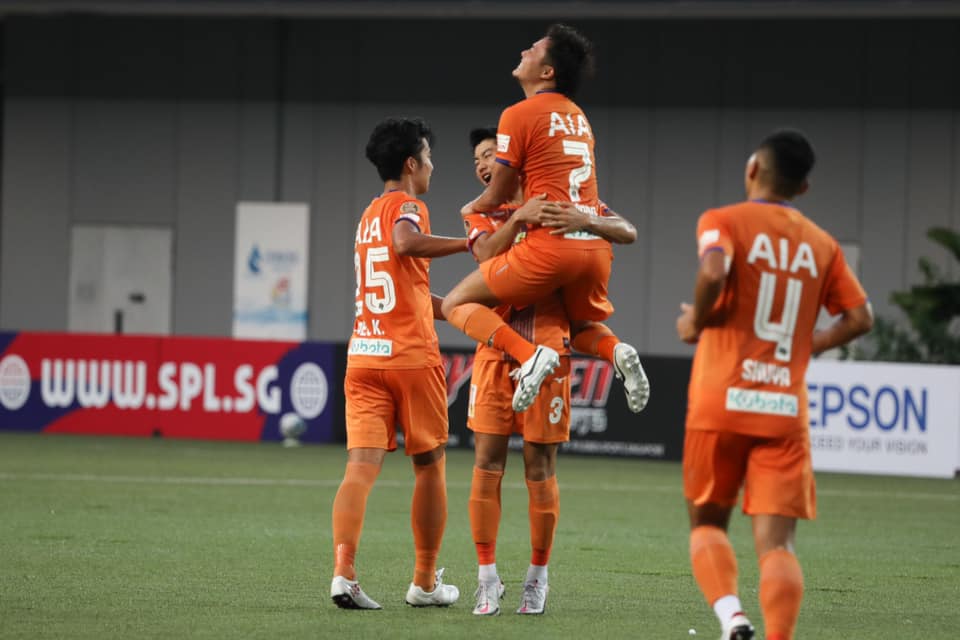 Capitalizing on Tezuko’s brilliant score, the White Swans then scrambled to deny the GIFC players from a critical 2nd tie-breaker. Clamping down hard on their defenses, the White Swans thwarted the Eagles from every possible shot - maintaining their minor lead well into the late half. The final nail in the coffin for Coach Noor Ali's side however, came at the 73rd minute, as Moresche waved his hands up in agony and limped off the field. The Brazillian striker had suffered a massive tumble prior in the match and it now proved too much for him to handle. With that, the Eagles effectively lost their star striker and their last chance of evening the odds - sealing their fateful defeat against the White Swans at OTH.

Celebrating their 2-1 victory against Geylang,  Albirex secured their 8th win in 11 matches. Simultaneously, the three points gained by the Swans now placed them back into the leading position for the league - with Lion City Sailors trailing one point. They will go on to face the Sailors next on 3 July after the upcoming FIFA June break for SPL 2021. 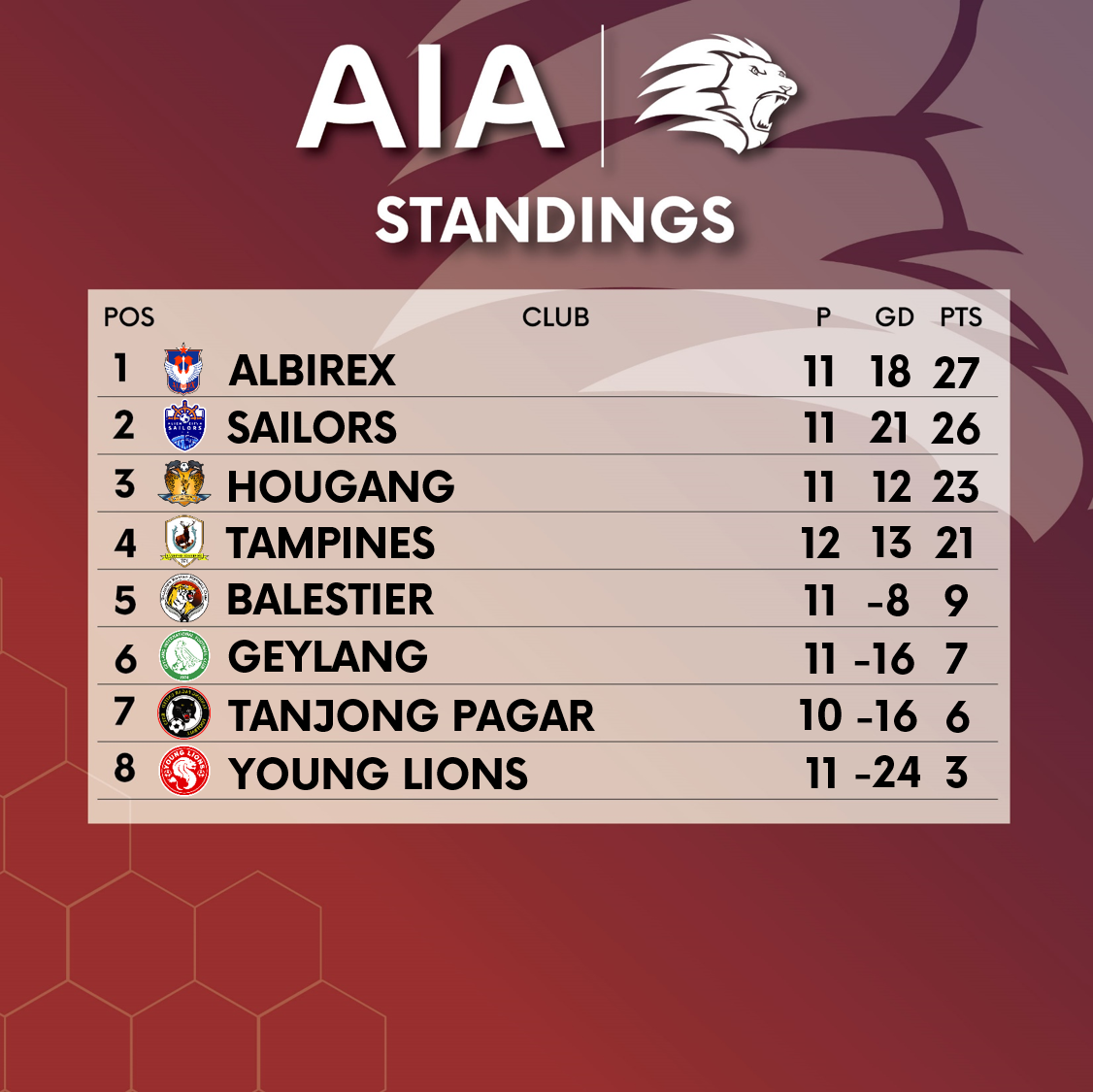