(Photo of LCS by Football Association of Singapore)

It has taken Diego Lopes -- the Singapore Premier League's (SPL) most expensive signing -- five matches to adapt to the rigours of a new league in a new continent.

On Sunday (11 April), the Brazilian midfielder signed from Portuguese side Rio Ave, finally had his breakout match for Lion City Sailors FC, scoring a hat-trick and assisting two more in a rampant 8-0 rout of Geylang International at Our Tampines Hub (OTH).

The $2.9 million signing by SPL’s first privatised club had only one assist to show for in his previous four league matches, but was by far the most eye-catching player in a dominating midfield performance -- constantly running into good positions, making himself available and then launching attacks with probing passes.

At OTH, the three goals he scored were icing on the cake on a superb showing, and if he can keep performing at this level against tougher opponents, then it would definitely be a sound piece of investment done by the Sailors, who climbed to third spot in the league table, three points behind leaders Albirex Niigata (Singapore).

Lopes was not the only player who shone for the Sailors in the rout, which is the highest-scoring match of this SPL season, beating out Tampines Rovers’ 7-0 thrashing of the Young Lions on Wednesday.

Gabriel Quak, last season’s Player of the Year, terrorised the Geylang defence and helped himself to two goals. Striker Stipe Plazibat was his usual clinical self as he also scored twice. And Brazilian defender Jorge Felipe was a towering figure as he broke up Geylang attacks with assured ease. 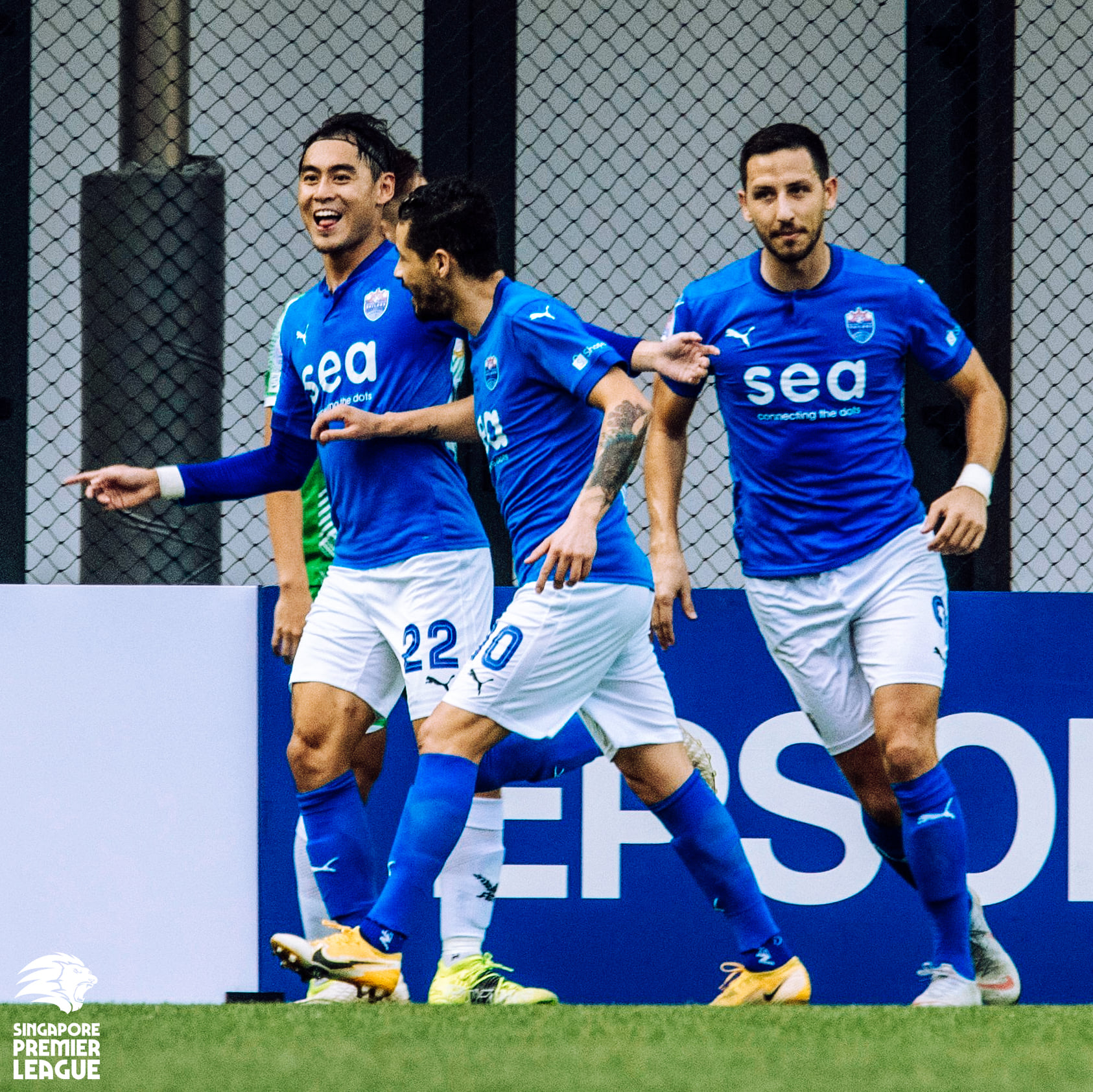 (Photo of Quak, Lopes and Plazibat : Football Assn of S'pore)

The Geylang Eagles were missing several regulars in defence, and had to use midfielder Izzdin Shafiq as a stop-gap centre-back. And the makeshift back-four endured a torrid outing as they were repeatedly carved apart by the Sailors’ attackers.

Yet, they had an encouraging start, pressing hard and not allowing their opponents time on the ball. Had they kept a clean sheet longer, they might have frustrated the Sailors; instead, they conceded their first goal after seven minutes. 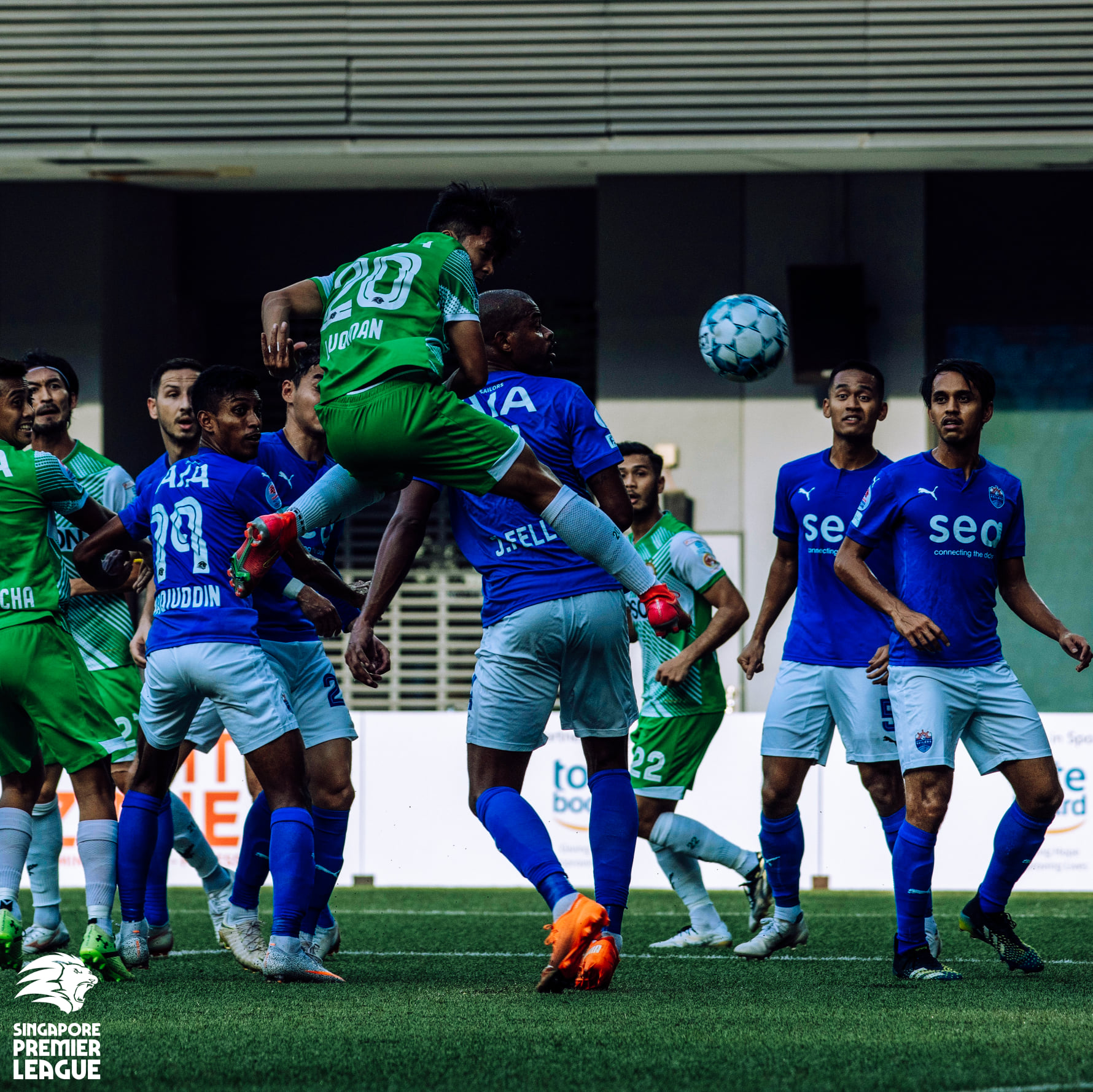 Quak had swept down the right flank and delivered a low cross across the face of the Geylang goal. The ball reached left winger Justin Hui, who pinged back another low cross that found an unmarked Quak to easily tap home from point-blank range.

Geylang responded with their best spell of the match, and forced Sailors’ goalkeeper Hassan Sunny into a fantastic double save from Nur Luqman Abdul Rahman and Firdaus Kasman from a 12th-minute corner.

But their defensive frailties showed up time and again. In the 18th minute, Hui and Shahdan Sulaiman combined to gain possession in the Geylang half, passing the ball to Plazibat who released Lopes to fire home his first SPL goal. The Brazilian roared in delight as teammates celebrated joyously with him.

Five minutes later, Lopes turned provider, deftly chesting Shahdan’s long ball into the path of Saifullah Akbar, who made no mistake with a crisp shot.

Down 0-3, and Geylang players’ shoulders were beginning to sag in dejection. They conceded again in the 37th minute in comical fashion. A header by Plazibat from a corner should have been comfortably dealt with by goalkeeper Zainol Gulam Mohamed, but he dropped the ball after Luqman accidentally backed into him.

The loose ball was picked up by Felipe, who laid the ball to Plazibat, and the Croat in turn set up a lurking Lopes, who fired in a low shot from outside the box.

With fans in the stadium stands for the first time this season, the Sailors pressed on for more goals in the second half, while Geylang coach Mohamed Noor Ali decided to send in his Brazilian forward Moresche to search for at least a consolation goal.

But it was soon a one-way traffic for the Sailors again, and Quak added his second goal on the hour mark, latching onto Shahdan’s fantastic through ball to easily slot home.

Plazibat finally got onto the scoresheet in the 67th minute, after earlier missing two gilt-edged chances, as he was set free by Lopes’ defence-splitting pass to make it 6-0.

Ten minutes later, it was 7-0 and the 70th goal scored by Plazibat in his four seasons in the SPL. And it was one of his easiest goals, as he reacted quickest after Zainol palmed away Quak’s snap shot to tap in his second goal of the night. The Singaporean international, rounded off an impressive performance in stoppage time, laying up for Lopes to complete his hat-trick.

Geylang’s heavy defeat meant that they dropped to 7th spot in the eight-team league, surprisingly behind Tanjong Pagar United on goal difference. Tanjong Pagar had registered their first victory since they returned to the league last season, with a 4-0 win over bottom-placed Young Lions on Saturday.

The Sailors will next face Balestier Khalsa on 18 April, while Geylang hope to bounce back against Tampines Rovers on 16 April. 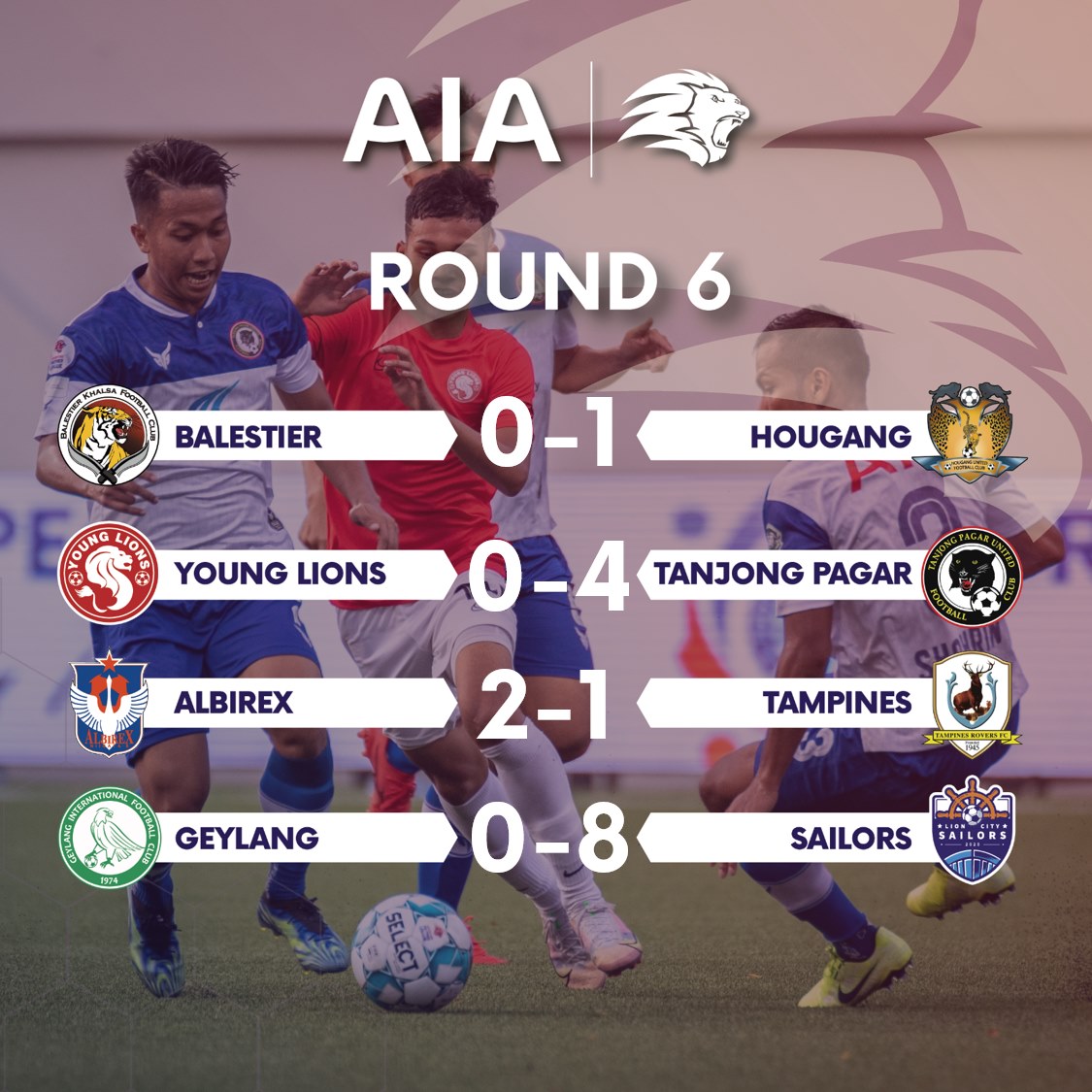 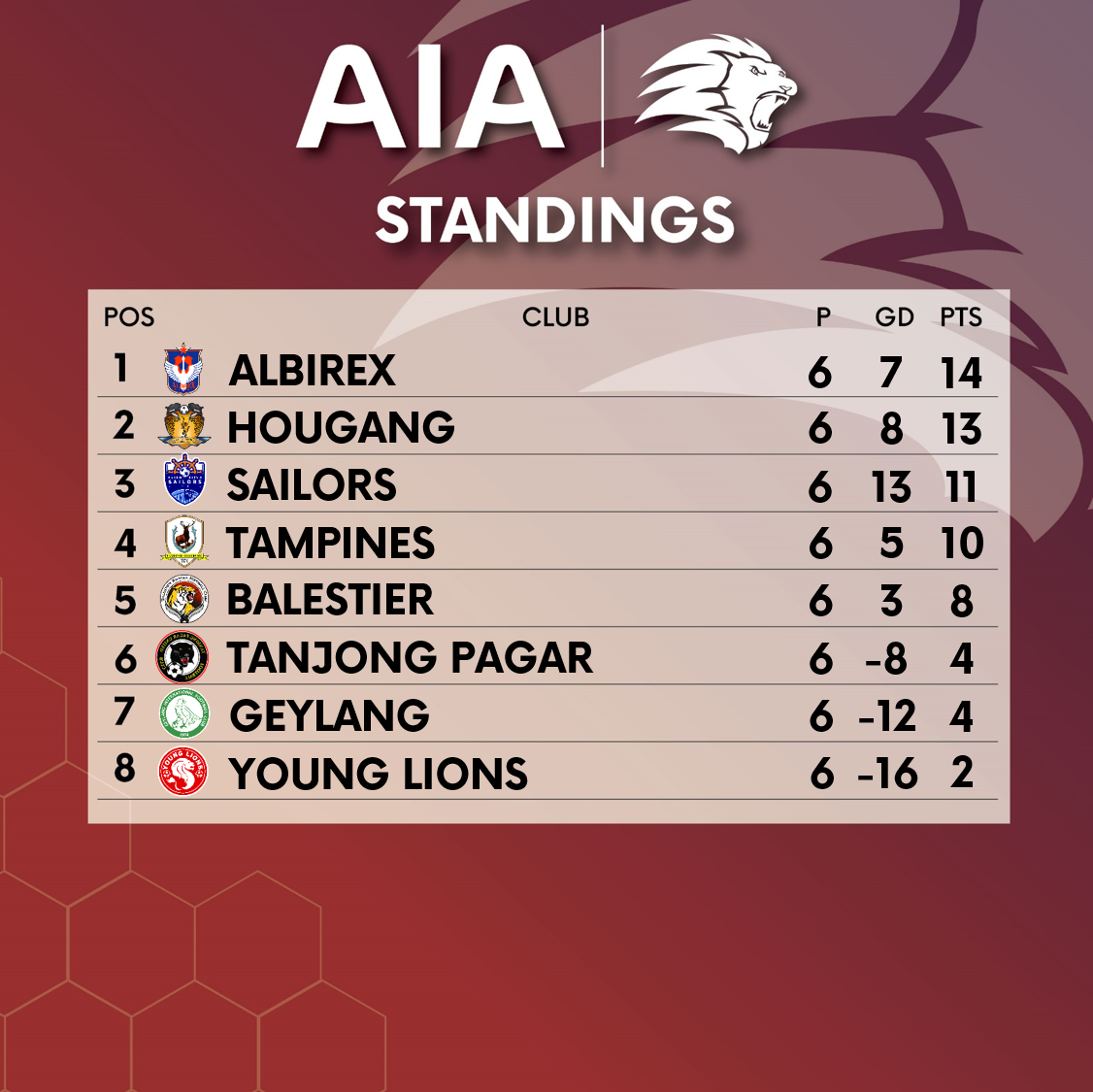