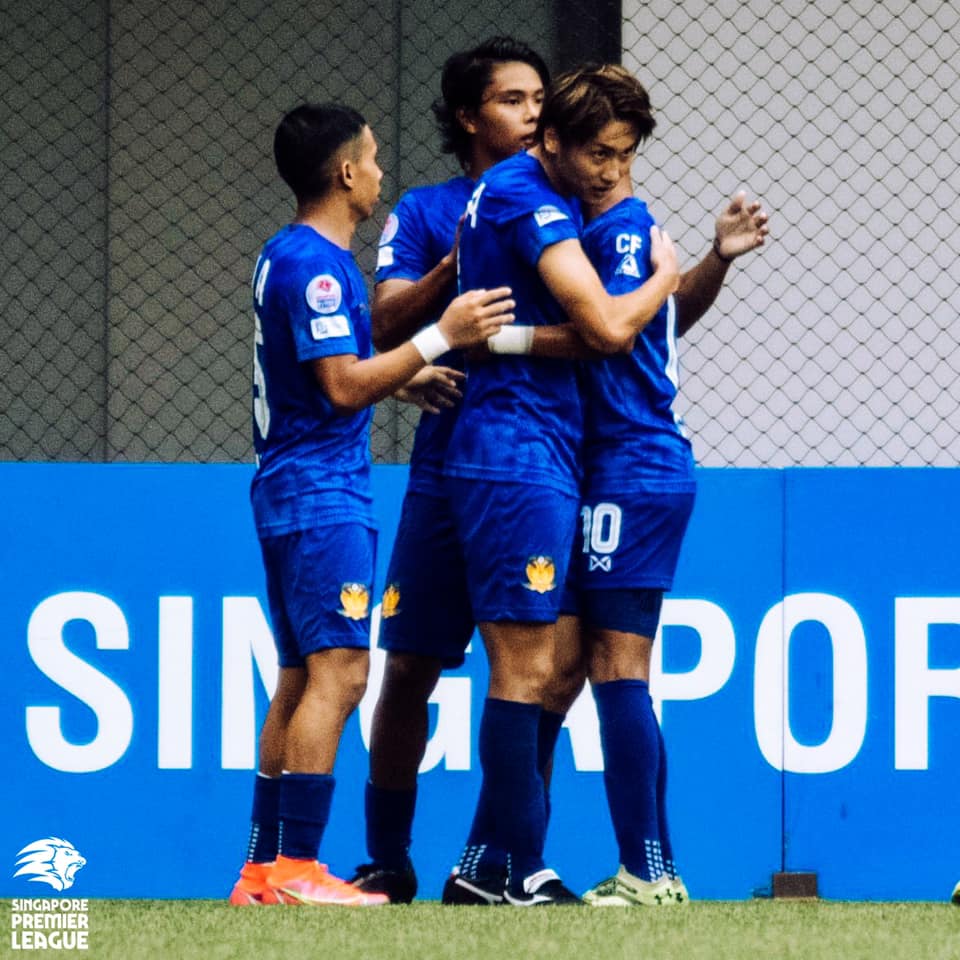 Hougang United’s title challenge in this Singapore Premier League (SPL) season may have faded in recent weeks following an inconsistent run of form. But they still have arguably the most inspired signing of the season - striker Tomoyuki Doi.

The former Albirex Niigata (S) hitman has been crucial to his new club’s fortunes, piling up goals and linking cleverly with teammates to propel the Cheetahs to the top half of the league table. And he was absolutely vital again on Sunday (16 May), as he scored twice and created another two goals in Hougang’s 5-2 victory over struggling Geylang International.

Over at Our Tampines Hub (OTH) and played behind closed doors,  the two goals propelled 23-year-old Doi past Tampines Rovers’ Boris Kopitovic and Albirex’s Kiyoshiro Tsuboi to the top of the SPL scorers chart, with 13 goals after 10 games. Hougang stayed in fourth place overall on 20 points, four behind leaders and defending champs, Albirex.

Before Sunday’s match, Hougang had won just twice in their previous five games, as they fell off the top spot after a sparkling start to the season. However, a thrilling 4-3 win over Balestier Khalsa the previous weekend gave them some momentum to build on, and they started the match on the front foot, pressuring Geylang players into giving away possession and testing the Eagles’ young goalkeeper Sanders Saurajen with several half-chances.

After a scrappy start for both sides, Hougang duly struck in the 28th minute. Doi created havoc amid the Geylang defence as the ball dropped to right-back Nazrul Nazari. The veteran made the short pass to right winger Idraki Adnan, who would go on to have a superb game. And the 22-year-old made an inch-perfect pull-back cross for an unmarked Doi to slam home for the opener.

Despite all their hard running, the Eagles looked short of attacking ideas, as forwards Matheus Moresche and Amy Recha found it tough going against Hougang’s centre-back pairing of Lionel Tan and Maksat Dzhakybaliev, as well as goalkeeper Ridhuan Barudin. And with Doi constantly lurking with intent, Hougang extended their lead in the 36th minute. This time the 23-year-old Japanese turned provider, deftly back-heeling the ball to an onrushing Idraki, who made no mistake with his crisp shot. 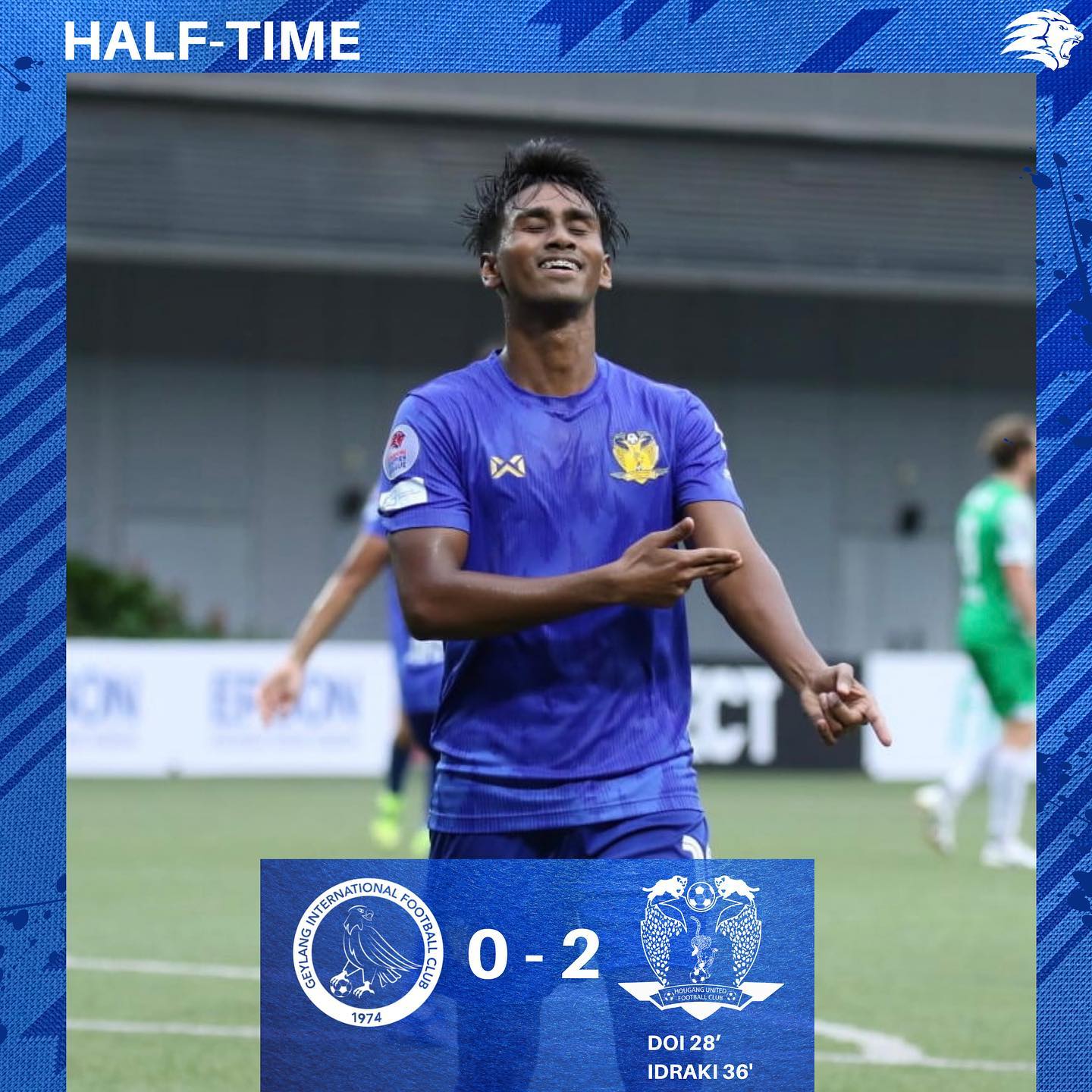 It looked as if Geylang head coach Mohamed Noor Ali would have little to celebrate on his 46th birthday. And his team’s troubles only mounted straight after halftime break, as Saurajen hurt his right leg after dashing out to block an open shot by Doi.  He was replaced by Zainol Gulam, and the custodian was partly at fault for Hougang’s third goal in the 66th minute. Doi was again instrumental in the goal, his stinging shot forcing a diving save from Zainol. However, he could only deflect the ball straight at substitute Afiq Noor, who gleefully lifted the ball over the goalie.

Idraki wrapped up his wondrous performance, laying on a sweet cross for Shawal Anuar to tap in from close range for a 4-0 Hougang lead in the 72nd minute, before he was substituted to much appreciation from coach Clement Teo. 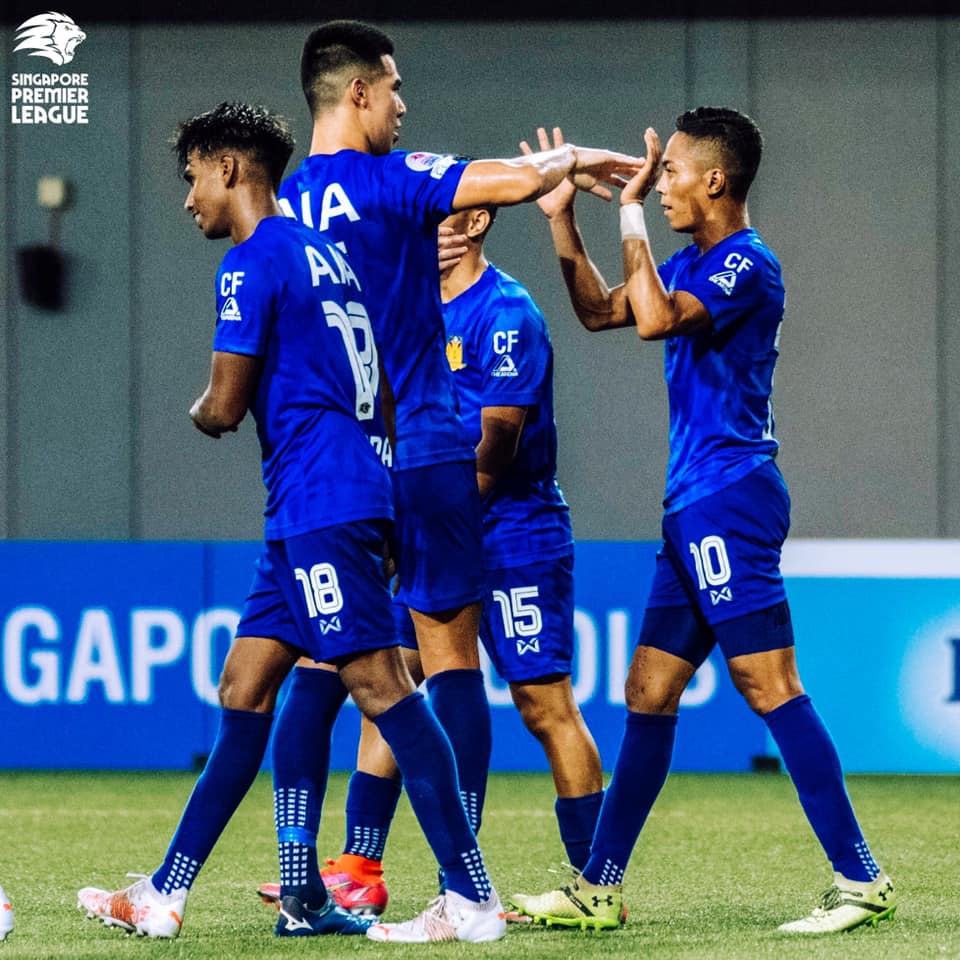 Perhaps HGFC became a little complacent after the comfortable lead, as they allowed Geylang to hit back with two late goals. First, substitute forward Sylvano Comvalius did well to divert a stray cross to the path of an onrushing Amy Recha to score from close range in the 86th minute. Then, Comvalius turned scorer three minutes into stoppage time, showing brilliant touch as he slammed home a sweet volley that gave Ridhuan no chance. 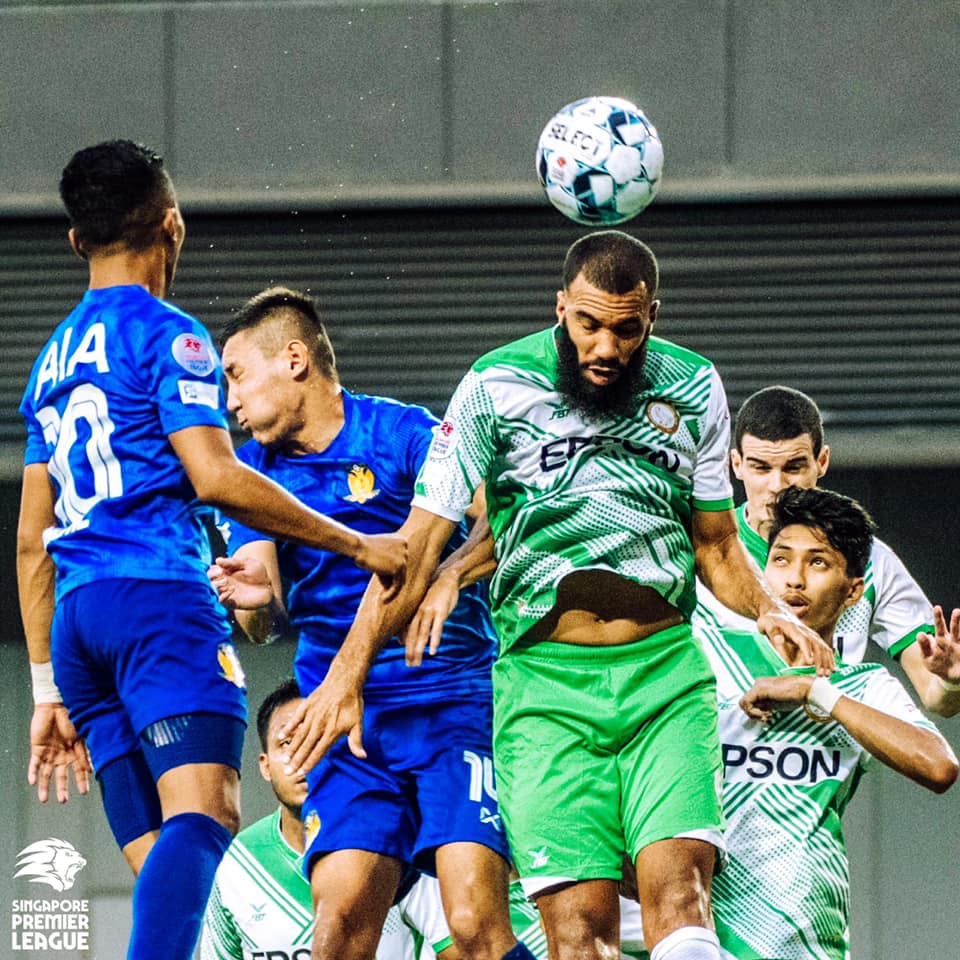 23 year old Doi though was to have the final say at OTH. In the 94th minute, the Japanese striker tore past two opposing defenders, before placing his shot accurately past Zainol to the bottom left of goal with the final kick of the match. 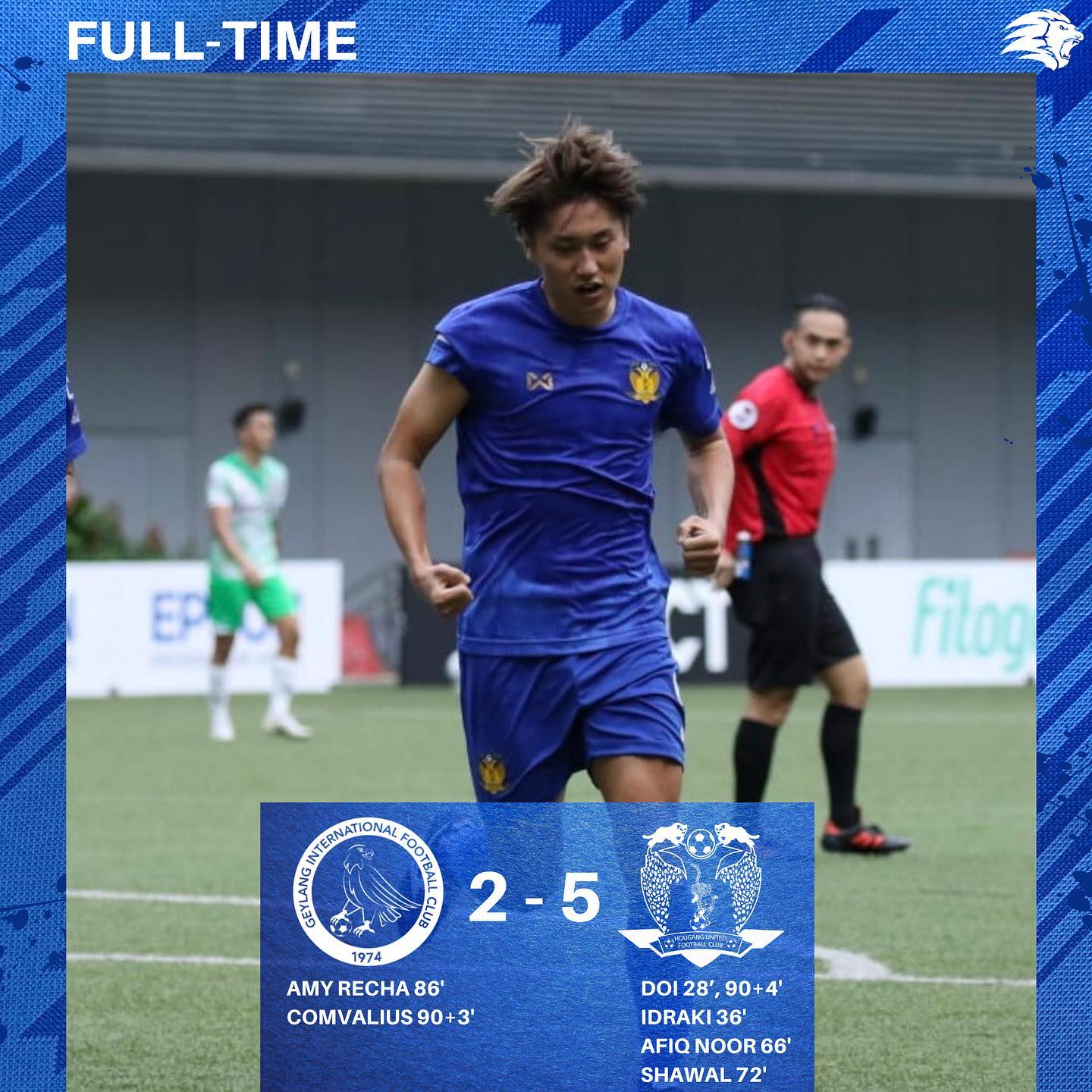 With their 6th win of the season, the Cheetahs will next face third-placed Tampines on 22 May, with a chance to leapfrog over their opponents should they get the win. The Geylang Eagles however, have the daunting task of stopping Albirex in their next game on 23 May.