They had just come off two heavy defeats, and were rooted at the bottom of the Singapore Premier League (SPL) table. But the Young Lions were just a couple of minutes from pulling off the biggest shock of the season against high-flying Hougang United on Saturday (17 April), and only a cruel twist of fate denied them a fully-deserved win as the hosts somehow pulled out a 1-1 draw at Hougang Stadium.

It was an unsatisfactory end to what had been a hugely encouraging performance by the Young Lions, who were on the wrong end of demoralising losses recently -- a 0-7 thrashing by Tampines Rovers on 7 April, and then a 0-4 beating by fellow strugglers Tanjong Pagar United three days later.

Fans must have been fearing the worst for them against Hougang, who were on a five-match unbeaten run after losing on the opening day of the season, and had memorably thrashed Tampines 5-1 earlier this month.

However, the hosts were far from their best as the Young Lions frustrated them with resolute defending, and would have no complaints had they suffered an embarrassing loss. 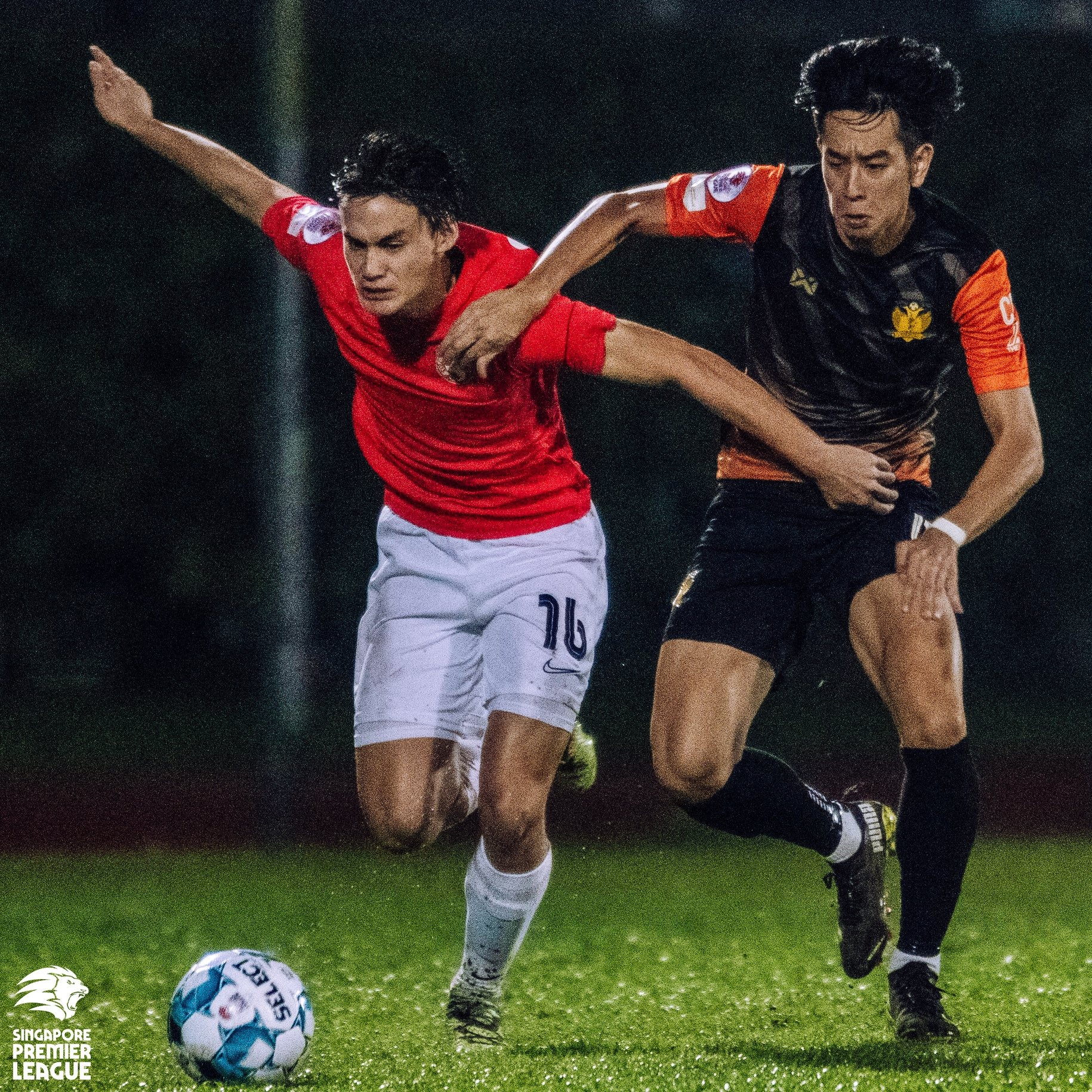 The torrential downpour earlier in the day meant the pitch at Hougang Stadium was both heavy and extremely slick, and it was probably why both sides struggled to settle in a forgettable first half with few clear-cut chances.

The Young Lions defenders were preoccupied in shutting out Hougang’s key striker Tomoyuki Doi, who has been lighting up the league with goals, topping the scorers chart with 10 so far.

Meanwhile on the other end, Hougang defender Anders Aplin was engaged in a running battle with the Young Lions’ Ilhan Fandi, and his occasional robust challenges earned him a yellow card just before half-time. The home side probably shaded the first half, with Lionel Tan coming closest as his 24th-minute header was saved by Dylan. However, the Young Lions slowly found their rhythm and finished the half putting Hougang on the backfoot.

It should have been a warning for the hosts, but they failed to step up a gear when the second half began, and the Young Lions began to create decent chances to score. In the 49th minute, Hougang goalkeeper Ridhuan Barundin expertly saved twice from long shots by Amir Syafiz Abdul Rashid and then Harhys Stewart. Four minutes later, he was also alert to a goalbound header by Khairin Nadim Rahim. Ilhan then had the best chance of the match in the 59th minute, but shot straight at Ridhuan when put through by Kaishu Yamazaki. By then, the Young Lions were clearly on the ascend, as Hougang coach Clement Teo cut an agitated figure on the sidelines to try and rouse his sleepwalking players.

It did not work, as the Young Lions stunned the spectators by taking the lead in the 74th minute. Midfielder Joel Chew threaded a brilliant pass from right flank to the left to release Glenn Kweh, who had just come on as a 70th-minute substitute. Kweh showed no nerves as he advanced on Ridhuan and placed his shot into the right post for his first-ever goal in the SPL, before disappearing amid a pile of delighted teammates in celebration. 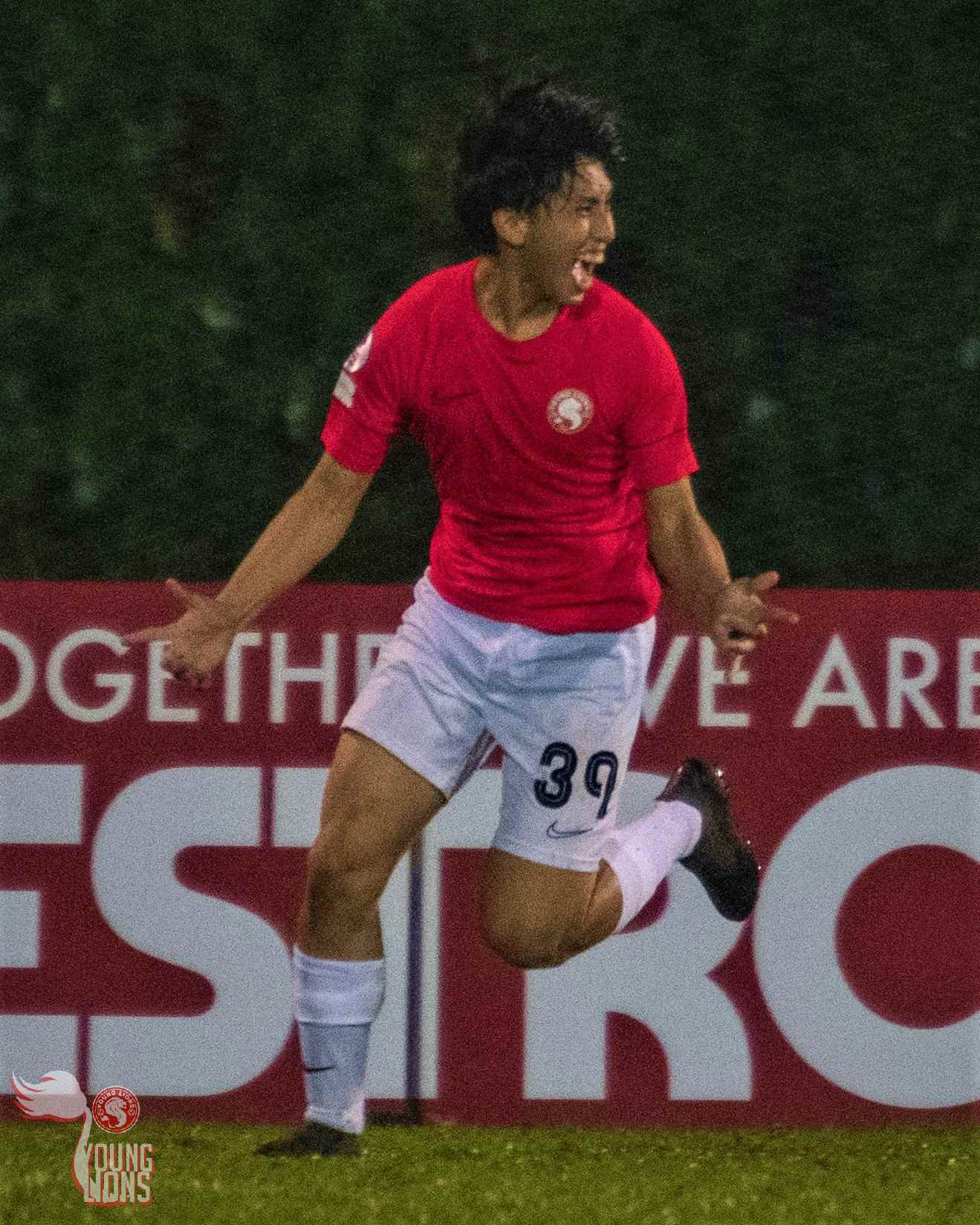 (Photo of Kweh by Young Lions)

Stung by the goal, Hougang poured forward in search of a face-saving equaliser, but Dylan was repaying his coach’s faith in him with flying saves from Muhammad Afiq Mat Noor and Aplin that belied his position as the Young Lions’ third-choice keeper.

As the minutes ticked away, the Young Lions could sense a memorable first win of the season was in the bag as Hougang ran out of ideas as the match entered stoppage time. Yamazaki floated in one more corner and Lionel Tan -- who had been wasteful with several free headers in the box -- headed straight at Dylan. It seemed a routine save, but the young custodian could only palm the ball to the ground.

Standing right in front of him was former Lions skipper Shahril Ishak, now being used as a substitute in the twilight of his career. He instinctively toe-poked the ball away from Dylan, and the ball bobbled towards Doi, who was lurking near the right post. Doi, who was uncharacteristically quiet throughout the match, made no mistake with the close-range shot. Dylan could only bury his head in despair at his miscue which cost the Young Lions all three points. 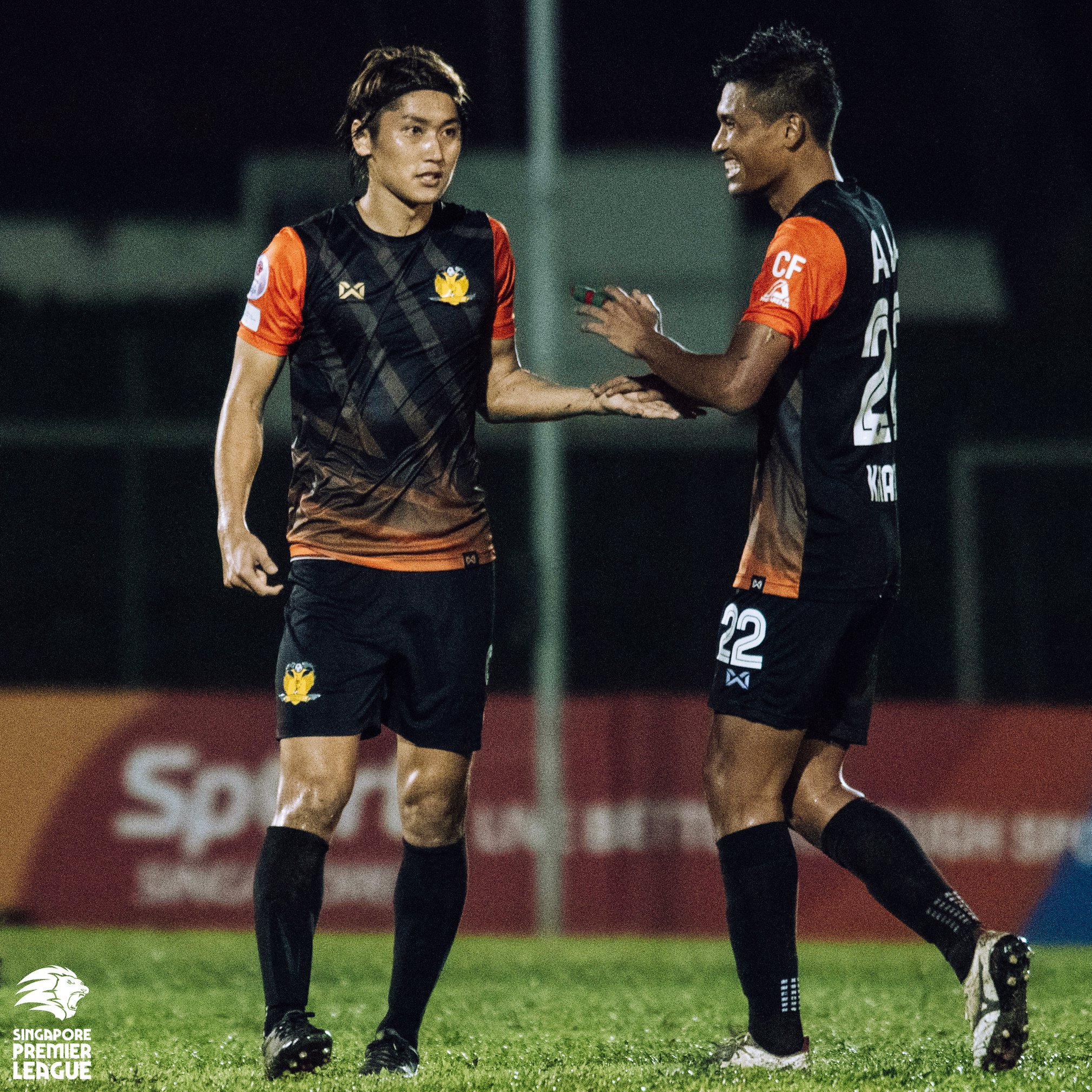 While Hougang stayed second after that fortuitous draw, they are now three points behind leaders Albirex Niigata (Singapore), who thrashed Tanjong Pagar 6-0 at Jurong East Stadium on Saturday.  The luckless Young Lions remain rooted at bottom place, without a win after seven matches.