It is Team Red versus Team White in Singapore’s first ever online Reality Show featuring Singapore sports and fitness personalities as we count down to Singapore’s National Day, as part of GetActive! Singapore commemorating Singapore’s Bicentennial!

In the season finale of Singapore’s first online reality show featuring Singapore sports and fitness personalities, Team Red and Team White make a frantic race to the finish line at the Singapore Sports Hub in a three legged relay.

Leading Team Red, SG Sports TV presenter John Yeong faced off against fitness coach and Fitness Trainer and new Sport Singapore ambassador Cheryl Loh from Team White in the first leg of the race – the Ohana Games Samsui Dash, and had to play catch up after missing a turn in the challenge.

He made up for it by the time the race reached the 100 Plus Promenade, and it was all even as Fitness Entrepreneur and Keeping It Real Show host Natalie Dau (Team White) and Off Duty Pilates co-founder and instructor Betsy Chen (Team Red) made their rounds in the second leg of the race – which included running, cycling on Shimano bicycles for another round, before ending off their leg with the Tin Can Walking challenge – a traditional old school game included as part of Singapore’s bicentennial journey.

The last leg of the race was completed by myActiveSG.com editor Gary Yang and Singapore and Geylang International FC footballer Anders Aplin as they headed into the Lazy River at Splash-N-Surf to look for the final three clues of a jigsaw that would piece each of their team’s messages together. 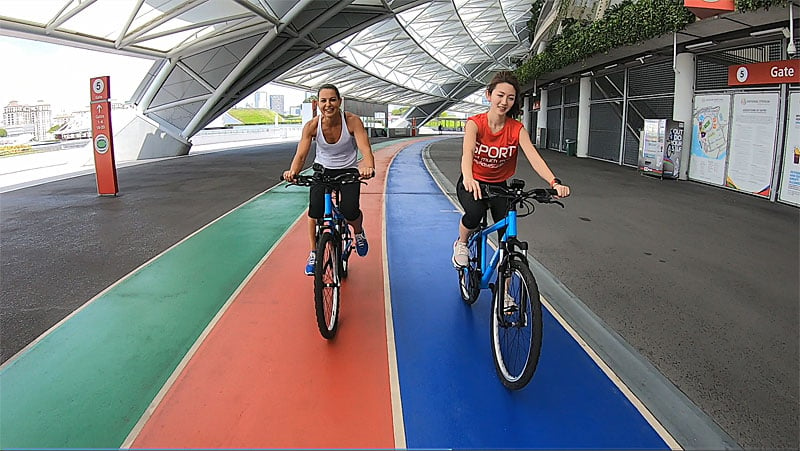 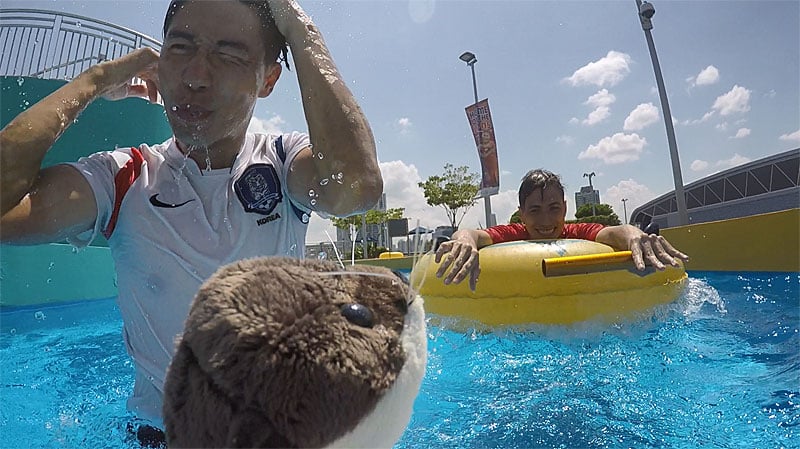 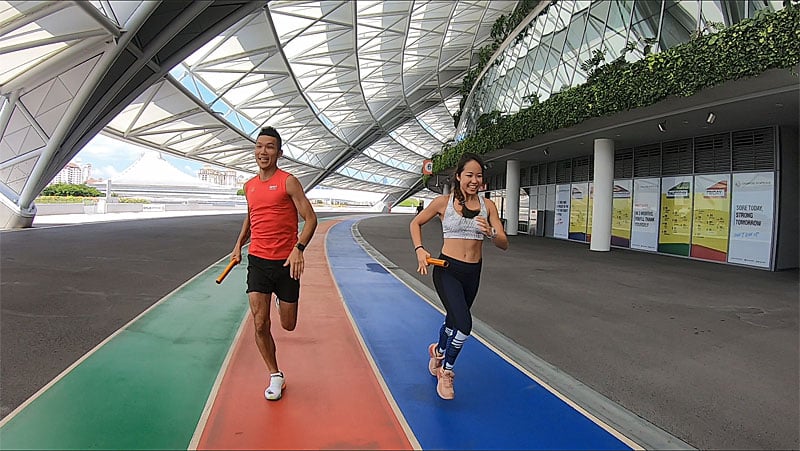 Watch the other episodes of the GetActive! Reality Show here!