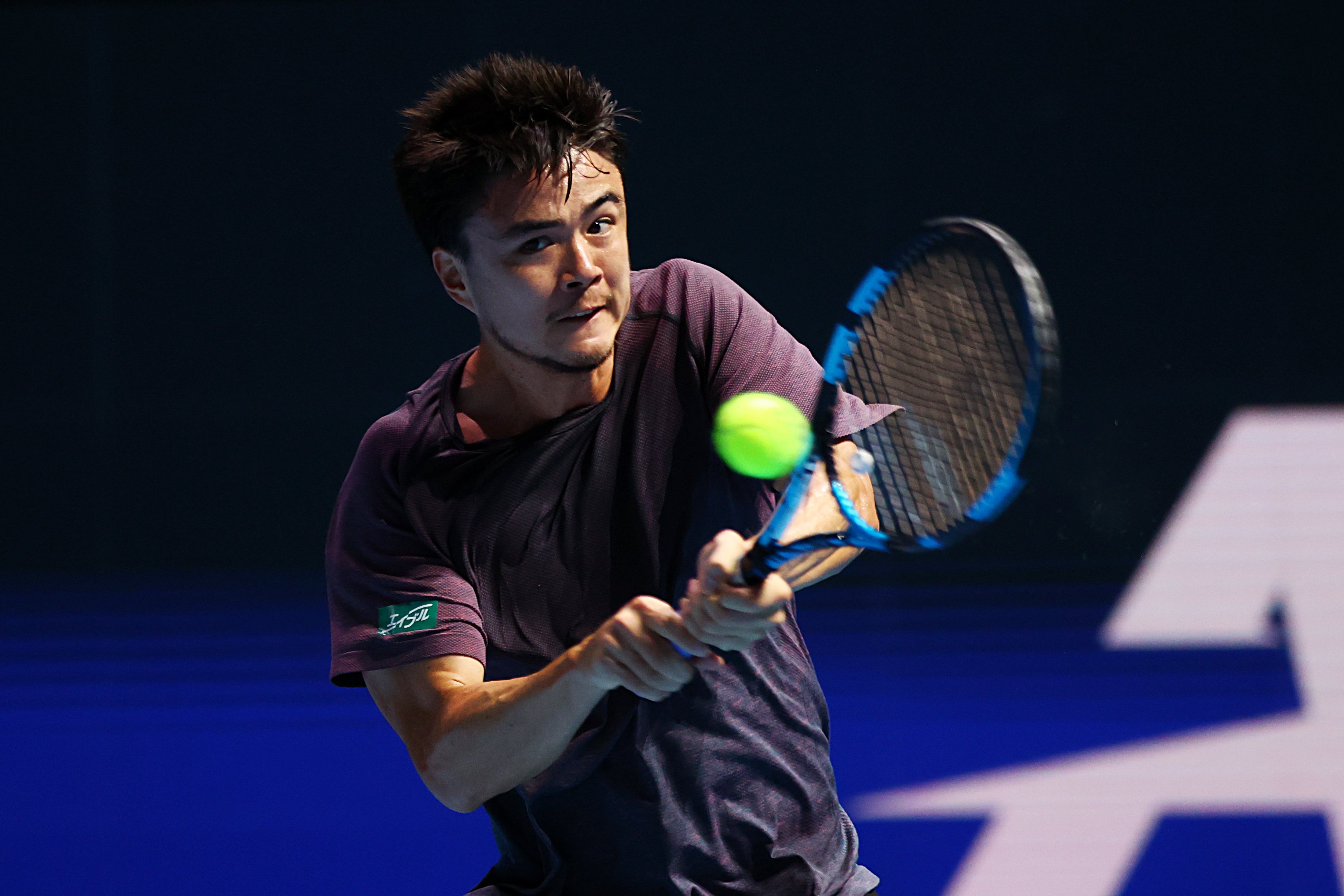 In the first round of the Singapore Tennis Open main draw, Taro Daniel of Japan, ranked 120, took on India's Ramkumar Ramanathan (ranked 200) at the OCBC Arena.  The beginning of the 1st set saw some straightforward holds of serves from both players with some exhilarating points. Daniel played a well executed point moving his opponent side to side at 1-1 whereas Ramanathan showed a great display of turning defence into offence at 1-2 before ripping an inside in forehand winner in the next point.

Trailing 2-3 and 15-30 in the 1st set, the Indian fired a huge serve at 214km/h out wide to get himself out of trouble. The Japanese then hit an impressive backhand down the line passing shot to bring the game to deuce. Ramanathan then faced 2 break points and this time, he decided to go down the T and hit another big serve to save the first break point. However, the Indian gave away the break of serve on the 2nd break point with a forehand unforced error to finish the most exciting and crucial game of the opening set. The Japanese consolidated his break while his opponent held serve to stay in the set. But Ramanathan misfires a backhand in the next game on set point and that gave Daniel the first set 6-3.

In the first game of the 2nd set, Ramanathan held serve comfortably while mixing in some serve and volleys. After a backhand down the line winner by Ramanathan, the Japanese hit one himself to set up game point before an unforced error by the Indian levels the score at 1-1. Both players holding serve fairly easily puts the score at 3-3. The Indian hits a huge second serve at 194km/h to put himself ahead 4-3 in the 2nd set. Despite Ramanathan winning one of the longest rallies of the match, Daniel survived a tricky hold of serve to stay in the match. With a much better first serve percentage in the second set, the Indian holds comfortably yet again and leads 6-5.

The Japanese held serve and we head to a tiebreak to decide the second set. After a forehand unforced error at 1-1 in the tiebreak, Ramanathan hits back-to-back aces to lead 3-2. He follows that up by hitting a stunning backhand that clips the line to give him the mini break and the players change ends. Showing some nerves of steel, the Indian went for a serve and volley behind a second serve and hits a crafty volley followed up by an ace to give himself 3 set points. Ramanathan used his momentum to his advantage and hit a forehand winner to seal the 2nd set 7-6, at the first time of asking. Daniel throws his racket in frustration as we head to a decider. With the momentum on the Indian’s side after pulling his first serve percentage up to 72% and firing 10 aces, we head to the deciding set.

The Japanese regrouped during the break and showed no signs of frustration as he holds to love in the first game of the 3rd set. After firing a backhand cross court winner, Ramanathan played a beautifully constructed point at the net to give himself break points for the first time in the match. Daniel composed himself and won 4 consecutive points to hold serve. Several mistakes gave the break to Daniel. Visibly frustrated after not converting the breakpoints, Ramanathan blasts a huge forehand return down 40-0 on Daniel’s serve before hitting another clean backhand winner to get back in the game.

After nearly 2 hours of play, Daniel backs up his break and leads 4-1 in the decider. Both players hold their serve and at 5-3, the Japanese has the task of serving out the match. Two solid unreturned serves and a forced error at the net from Ramanathan gives Daniel 3 match points. As the match time hits 2 hours and 6 minutes, the Japanese hits a crisp forehand volley winner and takes the win in a closely contested match 6-3, 6-7, 6-3. Just 6 points separated the two as Daniel won a total of 86 points while Ramanathan won 80.

Marin Cilic, the 3rd seed, awaits Daniel in the second round. The two have never played each other before and they will be eyeing a spot in the quarterfinals of the US$300,000 Singapore Tennis Open.