TeamSG clinch 13 Medals including 4 Gold, on Day 2 of the SEA Pencak Silat Championship!

The 20-year-old Singaporean, who triumphed over Vietnam’s Nguyen Thi Cam Nhi, said: “I'm new to this class and I was confident to fight because I'm in preparation for the SEA Games. But of course, I think I could have done better and there's more room for improvement. I'm not that satisfied with my performance but I'll definitely train harder after this, and I'll come back for more. It's a good experience and I'm grateful for the opportunity.”

The Senior Match Female E final was the last of 10 finals contested today. 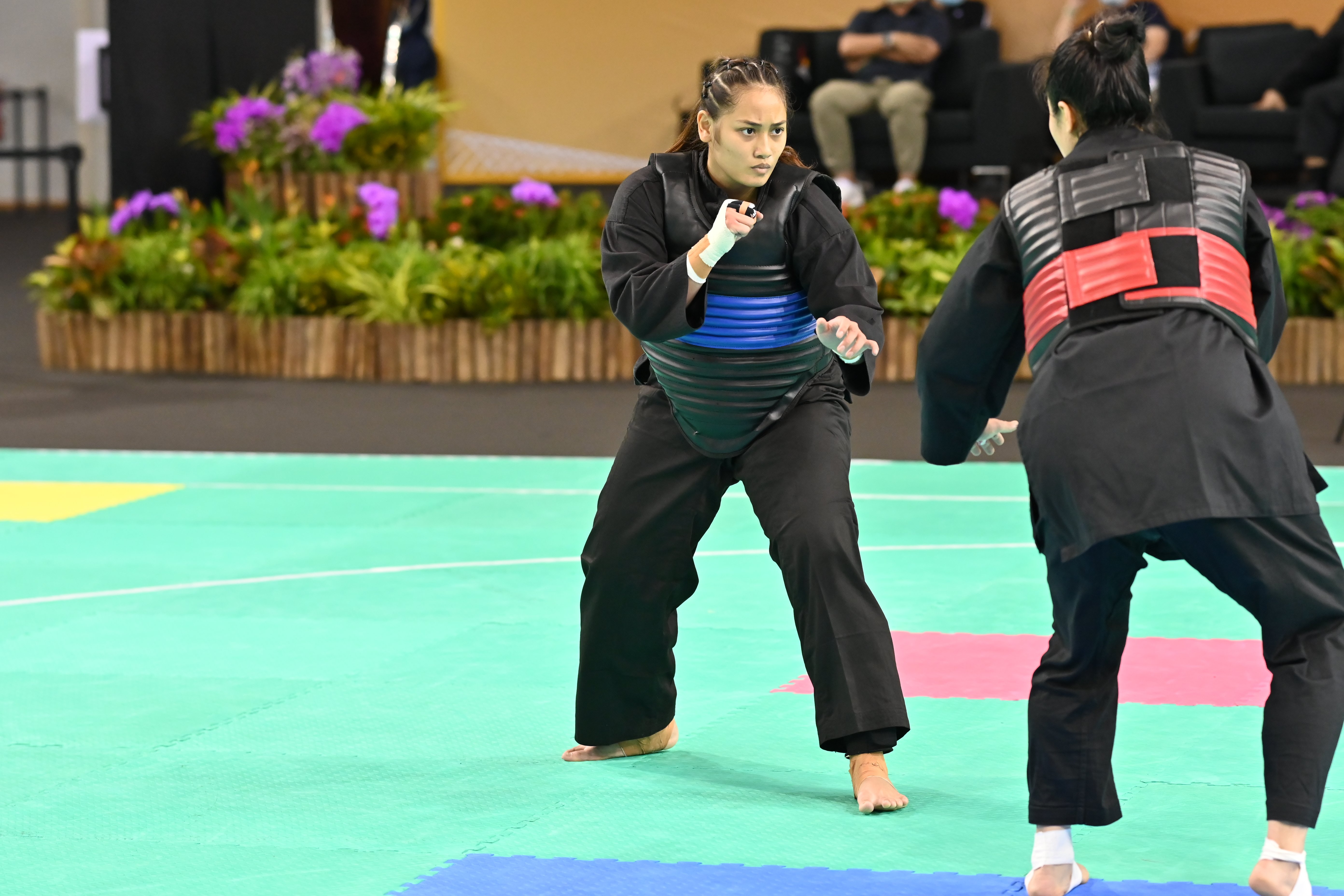 Syafiqah said: “I feel very happy. I wasn’t really looking at the results. It’s been a long time since a regional competition was held so this is a good preparation for the SEA Games. I have a target for SEA Games this year and I aim to bring back a medal for Malaysia.” 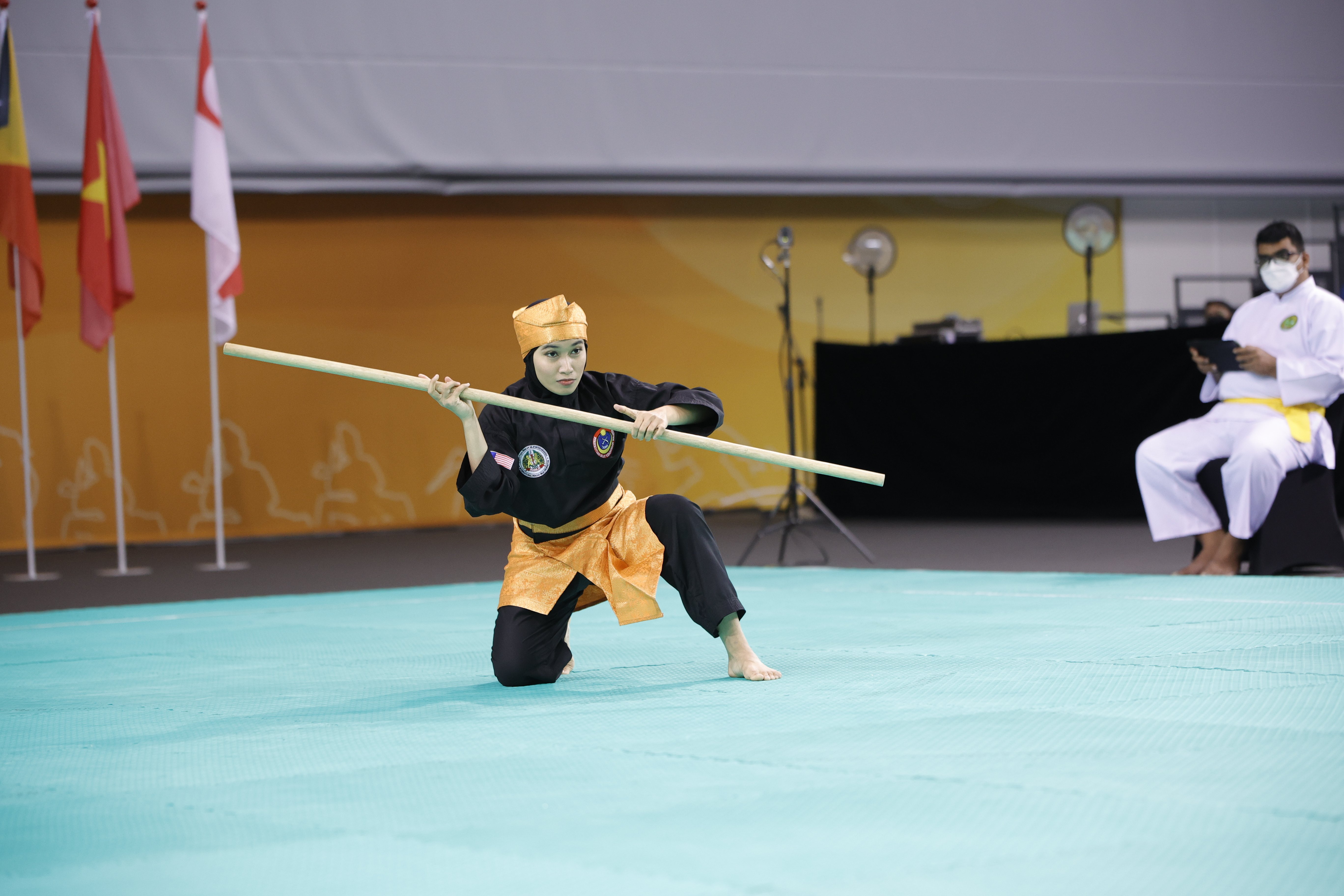 Said Iffah, 19: “That was definitely one of our better (performances) but not the best that we can do. So we will take this as a learning point and do better for our future competitions. Our synchronisation is still not there compared to powerhouses like Indonesia and Vietnam. Today's win means a lot to us because this is our first competition together.” 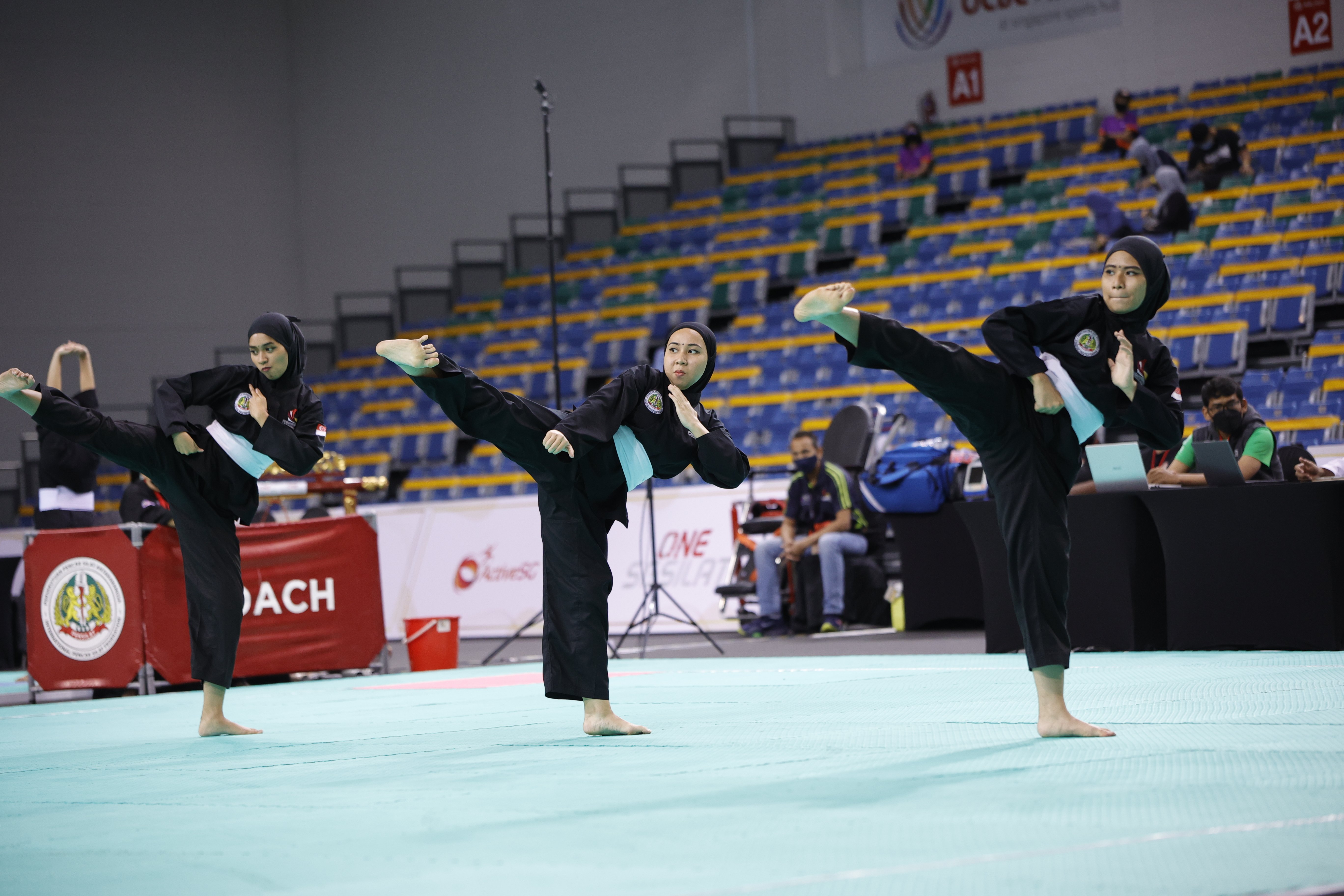 In other selected results, TeamSG struck gold when Muhammad Naufal Bin Abdullah was victorious in the Junior Match Male F (Above 59kg-63kg) – Final. And the senior artistic male team consisting of Iqbal Abdul Rahman, Mustafar Mohd Isa and Nazrul Mohd Kamal registered a high score of 9.940 after their three-minute routine. The trio were uncontested in the Final. Meanwhile, TeamSG's Sheik Ferdous Sheik Alau’ddin lost 15-6 to Vietnam's Nguyen Tan Sang in the semi-final of the Male G (75-80Kg) division.

The 8th Southeast Asia Pencak Silat Championship is the first competition in which the new International Pencak Silat Competition Rules and Regulations are in place. The rules, last amended in 2013, have been updated to reflect the development of martial arts around the world. Some key changes include allowing techniques which were previously not permitted, such as pulling and grabbing to perform dropping techniques.

Singapore silat exponent Sheik Farhan Sheik Alau’ddin, who won his Class J (Above 90kg-95kg) semi-final 29-14 over Malaysian Mohamad Robial Bin Sobri, said of the new rules: “To be honest, overall my fighting strategy was about the same. I didn’t actively try to score with the new pulling techniques during the match as I don’t think I can do it very effectively yet. It’s a 50-50 technique, so I don’t want to apply it and fail and drop points, which is what happened to my opponent. But I think it’s good that I could defend against it and will aim to improve more.” 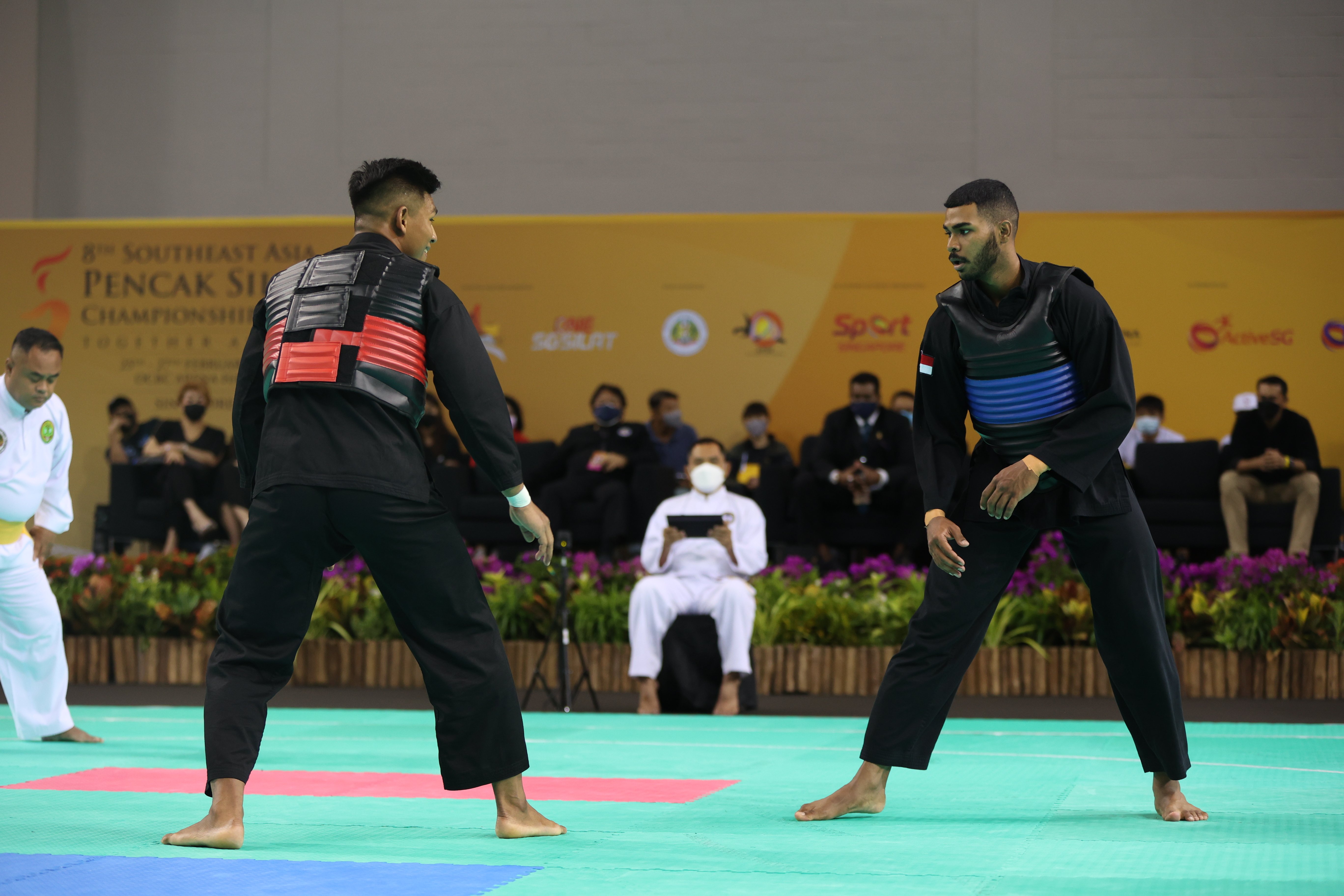 Athletes from the Republic, Indonesia, Malaysia, Thailand and Vietnam are competing at the 8th Southeast Asia Pencak Silat Championship, which started on 25 February and concludes on 27 February, Sunday. Matches will be streamed live on the Singapore Silat Federation’s (Persisi) Youtube channel here :