TeamSG’s 10-man Under-23 side put up valiant fight, despite 7-0 defeat to Vietnam in AFF Championship! 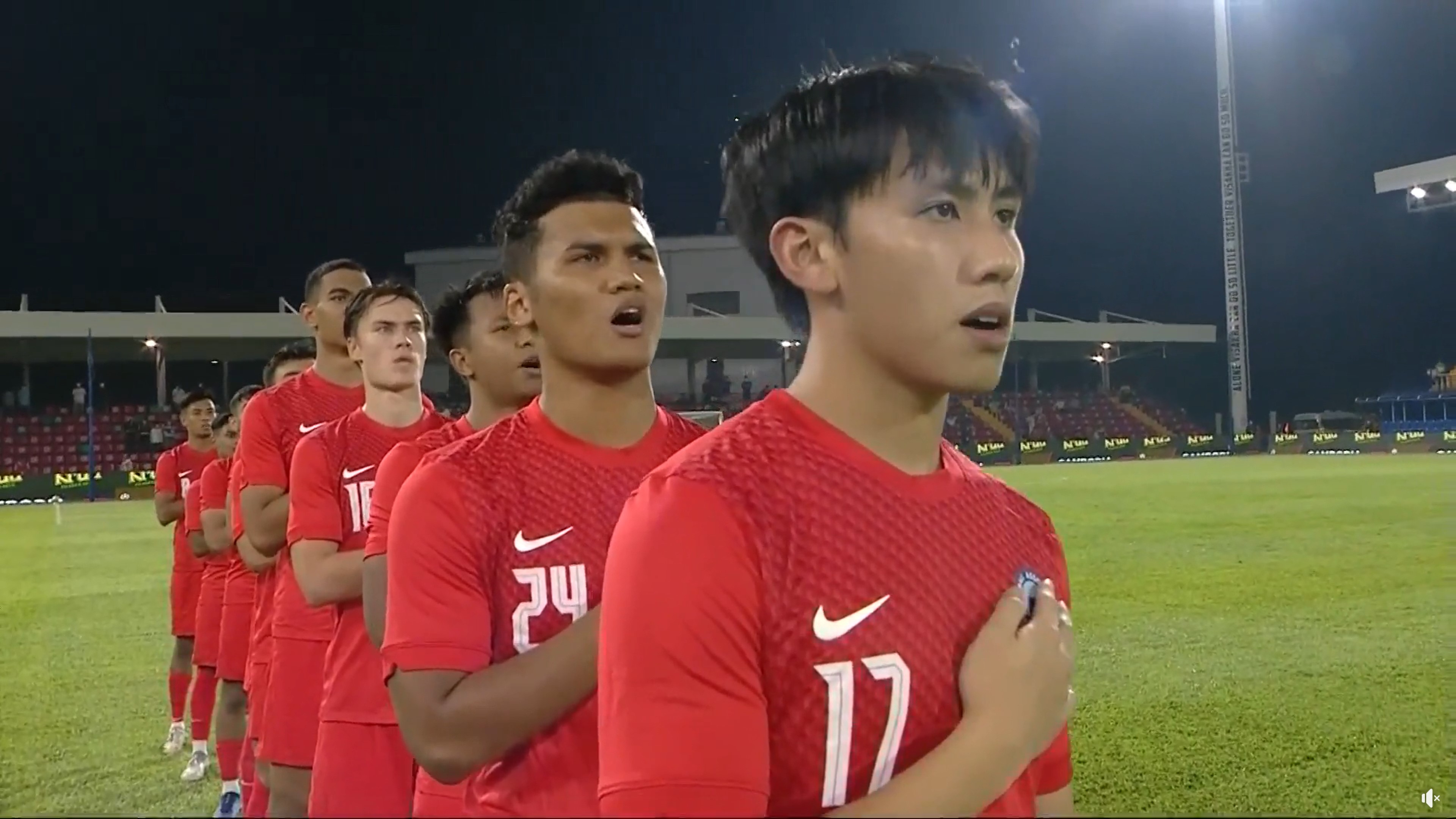 With several players struck by Covid-19 and having only 14 players available for selection (including 3 subs), Singapore battled admirably against the overwhelming odds. But an almost full-strength Vietnamese side took full advantage and went on to defeat the Young Lions 7-0 in their opening match of the ASEAN Football Federation (AFF) Under-23 Championship 2022 on Saturday night (19 Feb).

At the Prince Stadium in Phnom Penh, Cambodia, the relentless Viets led 3-0 at the break and added four further goals. That's after Singapore were reduced to 10 men in the second half, and the Republic are out of the competition after 2 straight losses. Having already succumbed to Thailand 3-1 in their midweek group opener, our Young Lions were unable to make the semi-finals which comprise the group winner + the overall best runner-up across the 3 groups. 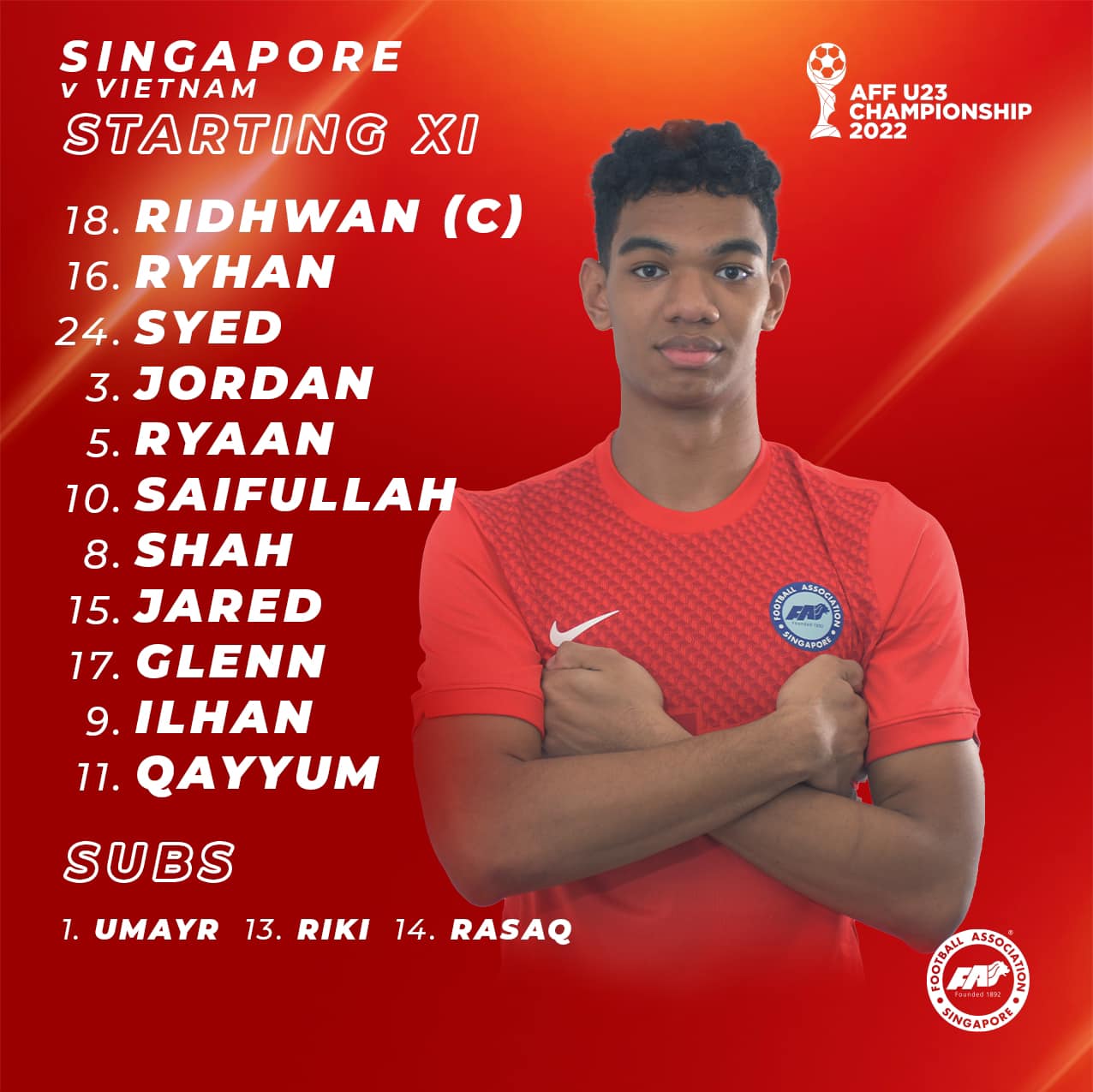 Singapore's head coach Nazri Nasir was only able to name 6 substitutes from a maximum of 12 in the defeat against the Thais. That was due to 7 players out with Covid-19, and the situation got worse for the Singapore U23s in this crunch game against Vietnam.

Young Lions Captain Jacob Mahler and forward Nicky Melvin Singh returned positive results as well from a mandatory polymerase chain reaction (PCR) test conducted the day before, while defender Danish Irfan was unable to recover from an injury sustained in the previous game - leading to all 3 players missing out.

That left Coach Nazri with only 3 fit substitutes – two of which are goalkeepers – to face one of the strongest regional powerhouses in Vietnam. Nonetheless the depleted side tried to impose themselves on the game early on, before losing the ball in midfield that led to their opponents breaking the deadlock after 3 minutes.

Nguyen Van Tung applied the finishing touch on a speedy counter-attacking move by nodding home captain Dung Quang Nho’s pinpoint cross to put the Viets ahead. But the Young Lions kept their heads high and were unlucky not to equalise on two occasions.

Singapore's key striker Ilhan Fandi – who scored a fine header against Thailand – showed his aerial prowess by getting to the end of two delightful crosses. But one was cleared off the line by Vietnamese defender Nguyen Van Son, while another flew just over the crossbar.

At the other end, Singapore goalkeeper Ridhwan Fikri had to stand tall to deny Van Tung a second goal. But the stand-in skipper was unable to prevent Dinh Xuan Tien from doubling Vietnam’s advantage with a deft finish on the 33rd minute mark.

Van Tung did eventually get his second of the night and his side’s third goal just 4 minutes later, as he was "Johnny-on-the-spot" to convert Tran Van Thang’s low cross into the area. 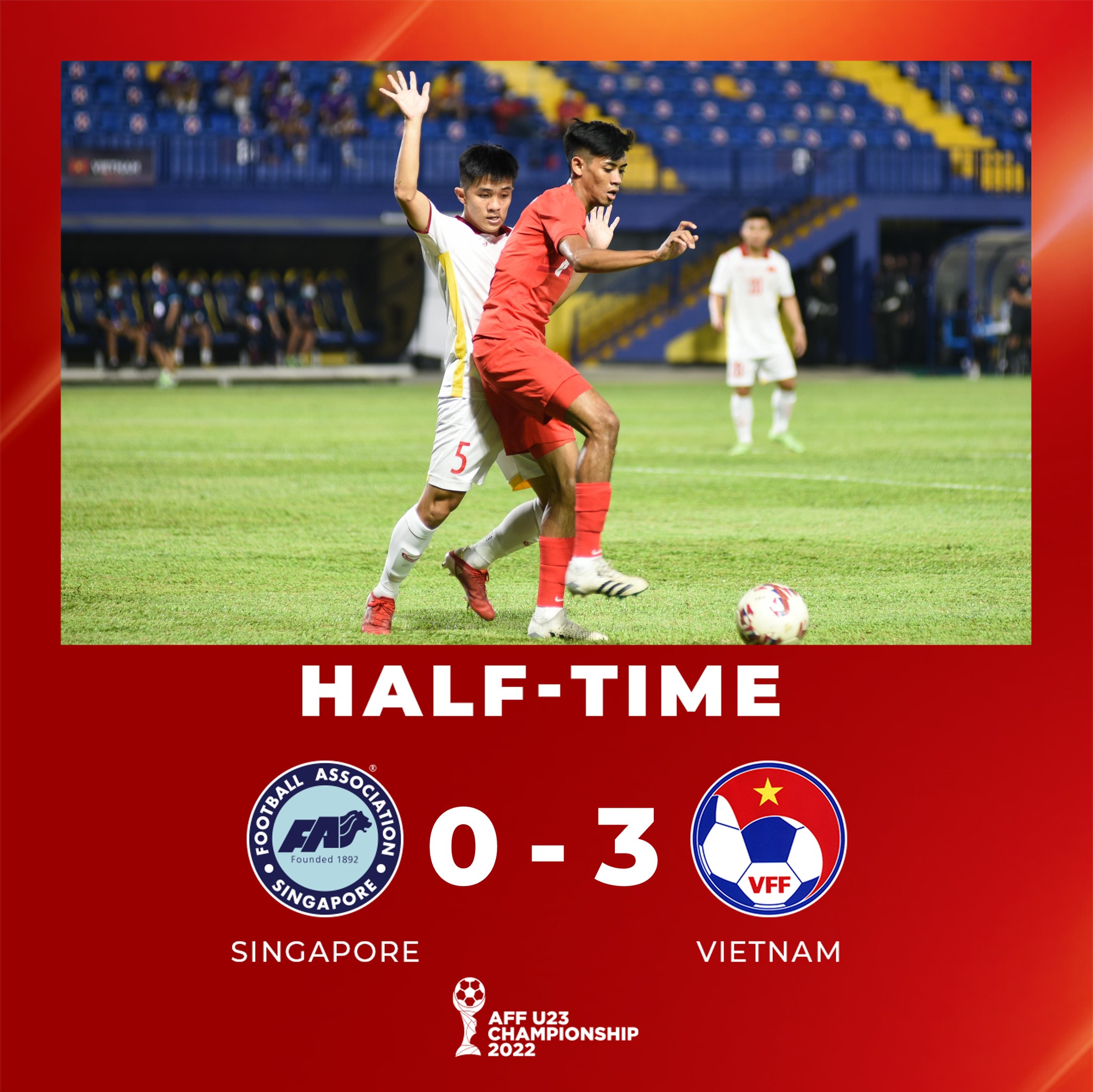 Despite being 3-0 down at half-time, the Singapore U23s showed spirit and endeavour in trying to mount a comeback. 3 minutes into the second half, Ilhan unluckily fired inches off-target after some great work down the right byline by strike partner Glenn Kweh.

"The wind would get knocked out of their sails" however, when the Republic's centre-back Jordan Emaviwe was sent off for a 2nd bookable offence in the 54th. His dismissal would leave the team with just 10 men for more than half an hour remaining in the match.

Nazri’s charges battled hard and continued to put in a real shift. But they were unable to stop the Vietnamese from adding a 5th goal on 78 minutes, as substitute Nguyen Ngoc Thang swept in another accurate cross by the impressive Quang Nho.

Nguyen Thanh Khoi and Vu Tien Long then added a couple of close-range goal finishes late on, to add further gloss to the scoreline and ensure Vietnam leapfrog Thailand to go top of Group C. 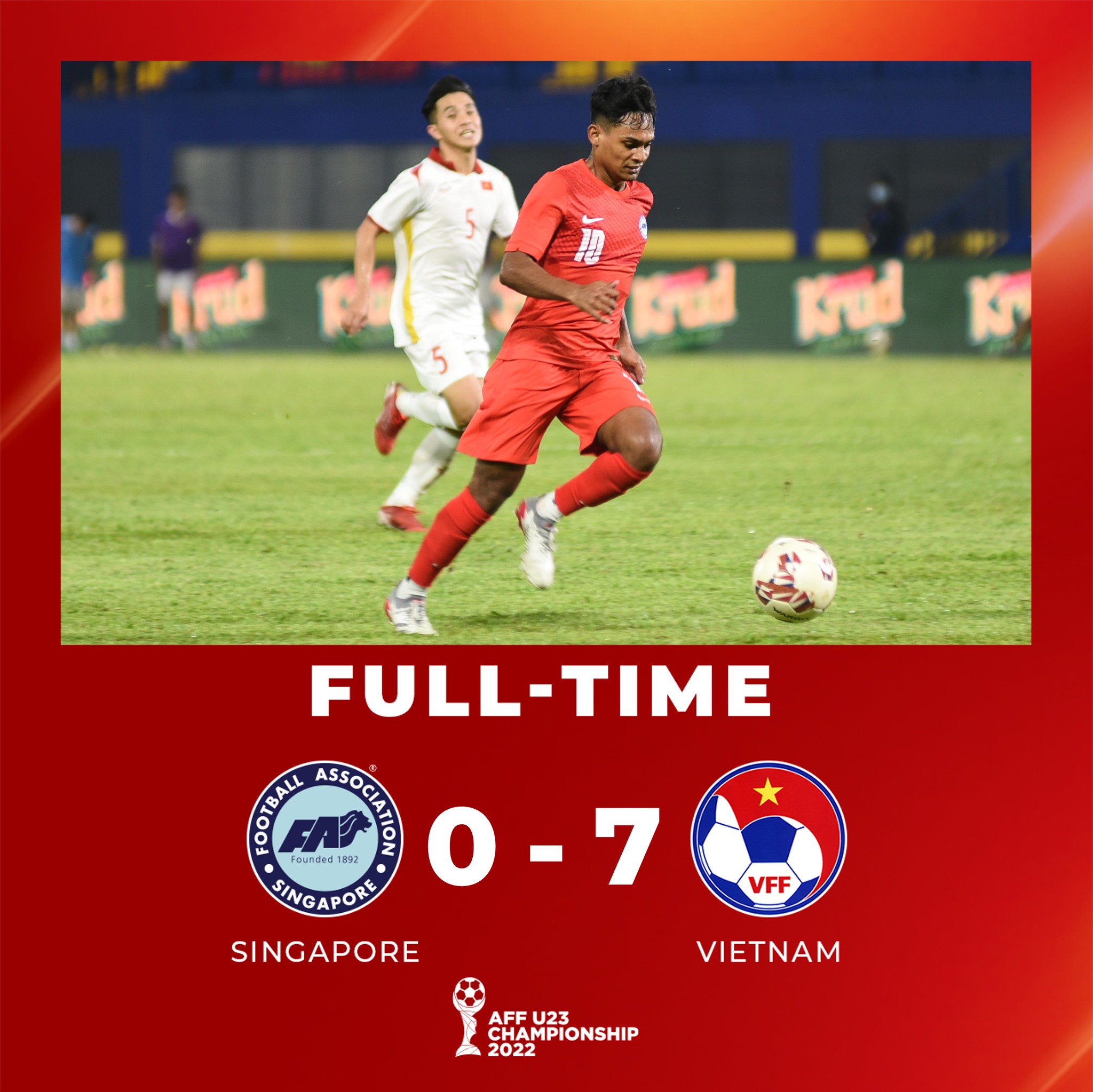 Despite ending their AFF U23 campaign with no points on board, the Singapore Under-23s will take consolation from playing their hearts out amidst such unprecedented testing circumstances. Hopefully, the experience at this regional tournament will bode well,  as they continue to gear up for the upcoming May 12-23 Southeast Asian (SEA) Games in Hanoi, Vietnam.