At the OCBC Arena on Day 3 (13 March) of the Main Draw at the first-ever WTT Singapore Smash, Team Singapore was represented by 9 athletes in 6 matches across 4 divisions. And the biggest highlight came in the evening session when the Republic's Men's duo of Clarence Chew and Ethan Poh battled their way into the Quarter-finals! 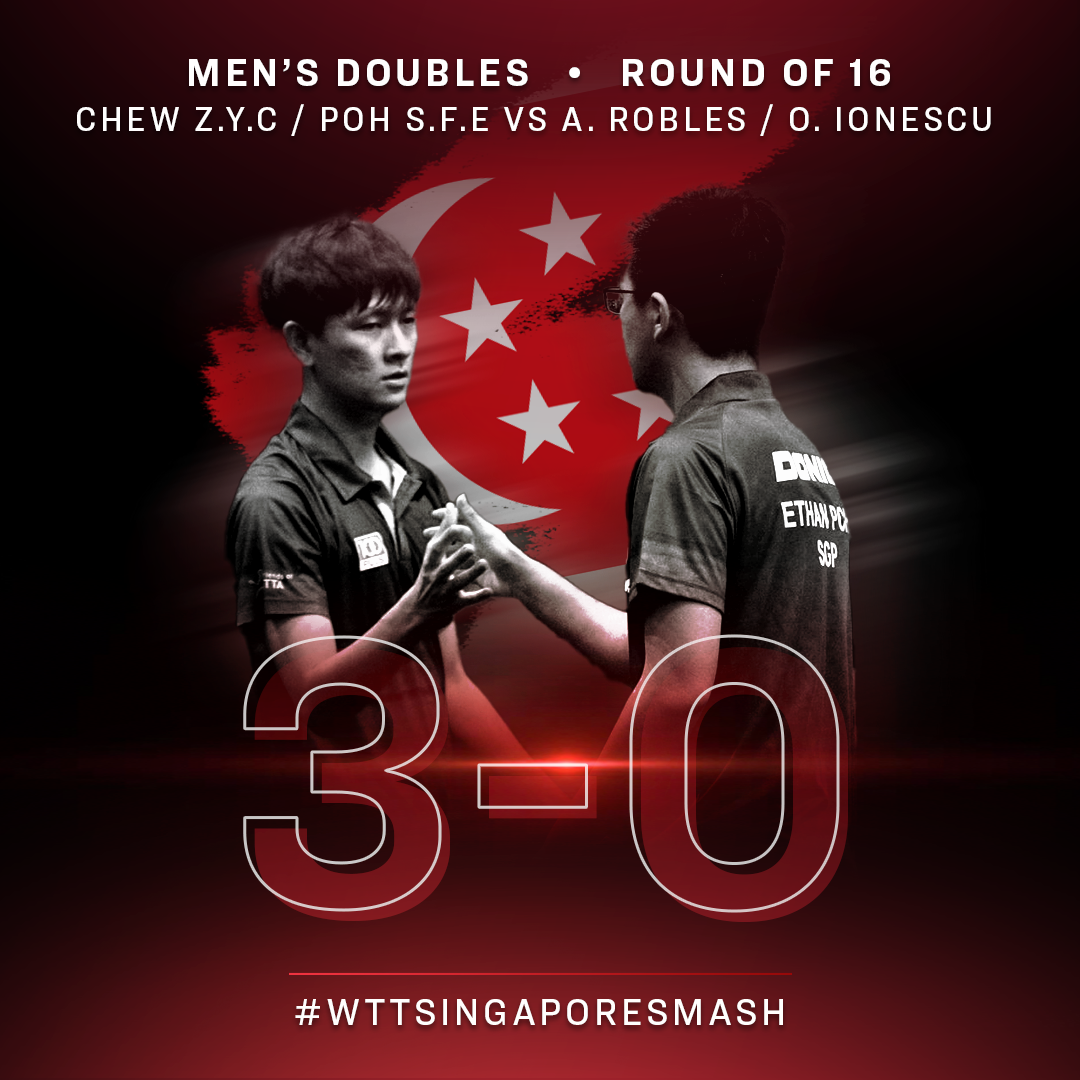 “Our opponents today are very strong players who have done well at several major tournaments. We did not put any pressure on ourselves, which I think is a contributing factor to our eventual win”, said Ethan, in a post-match interview.

“We will next face either Portugal or China - both are very strong pairs and we will try our best” expressed Clarence, as the duo prepares for their Quarterfinal match. 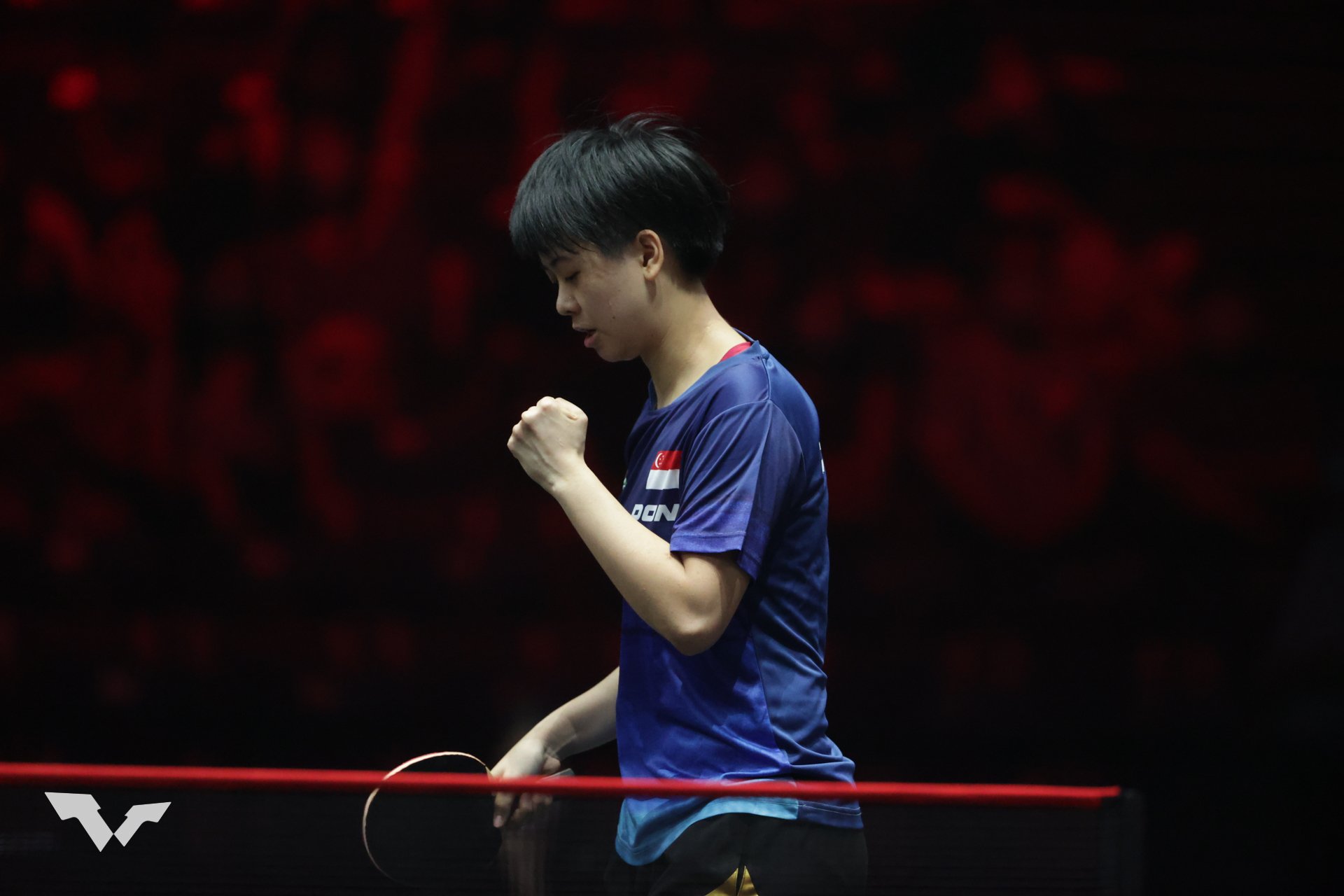 Onto Women's Singles action and the 1st to compete in today's Round of 32 event was 21-year-old Goi Rui Xuan - Singapore’s female representative at the 2018 Buenos Aires Youth Olympic Games. Just 2 days ago, in the Round of 64 at the Singapore Smash, the local star shocked world number 60 Cheng Hsien-Tzu of Chinese Taipei 3-1, to set up a meeting with world number 6 Hina Hayata of Japan!

The Japanese, also 21 years of age, overcame Luxembourg’s Sarah De Nutte in a 3-2 in a closely contested battle to earn her spot in the 2nd round. Despite her young age, Hina has made waves in the sport. At her last tournament in Singapore during the WTT Cup Finals last December, Hina made her way into the semi-finals, before falling out to world number 1 Sun Yingsha.

Following her massive win 2 days ago, Rui Xuan would have hoped to continue her splendid performance at the OCBC Arena again. But Hina eventually proved one step too far for the Singaporean, as she stormed into the 3rd round with a resounding 3-0 (11-4, 11-2, 11-4) victory over the home favourite.

Against the TeamSG paddler who'd just upset a higher-ranked player, Hina knew she had to be extremely focused right from the beginning. And so, the Japanese star went into Game 1 by claiming the first 4 points, bringing herself to a comfortable 4-0 lead. Rui Xuan responded by making use of her serves in an attempt to cause some threat to her opponent. Her strategy seemed to work, as she subsequently narrowed Hina’s lead to 6-4. But the more experienced world number 6 did not spare her opponent any chance as she went on to take 5 straight points, to seal the first game 11-4!

In the 2nd game, the Japanese star was even more dominant. Even as Rui Xuan tried to be more aggressive by increasing her attacks, Hina was able to return with even higher quality shots which her opponent struggled to return. Game 2 saw the powerful Hina claiming 10 straight points, before clinching the game 11-2. 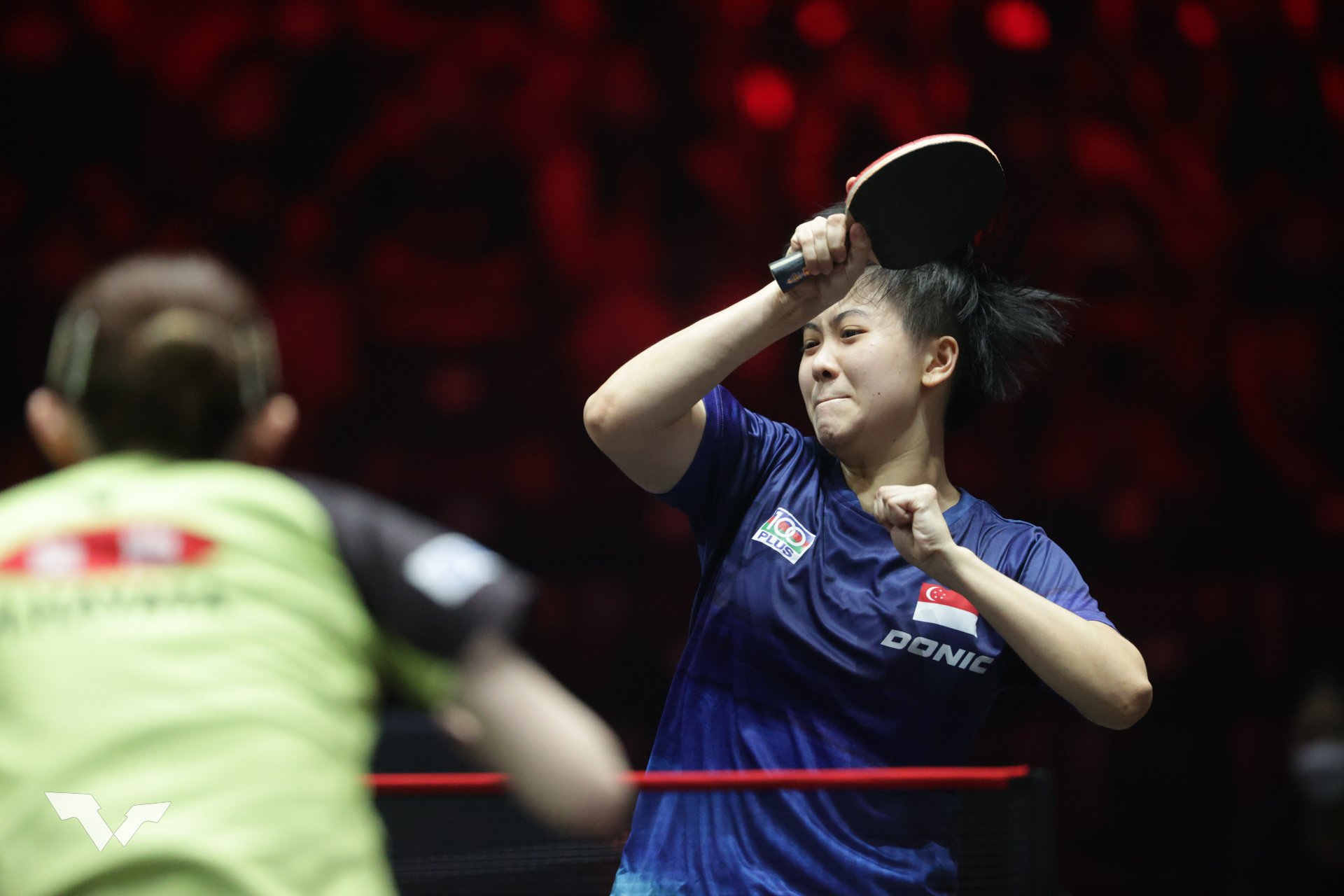 Up against the higher ranked Japanese star, Rui Xuan knew she had nothing to lose. Down 2 games, the Singaporean tried to switch her strategy by focusing more on the quality of her shots. Unfortunately, Hina was too tough an opponent to beat, as she eventually won 11-4 to proceed to the next round! Hina will next face Lee Ho Ching (HK) in the Round of 16 of the Women’s Singles event.