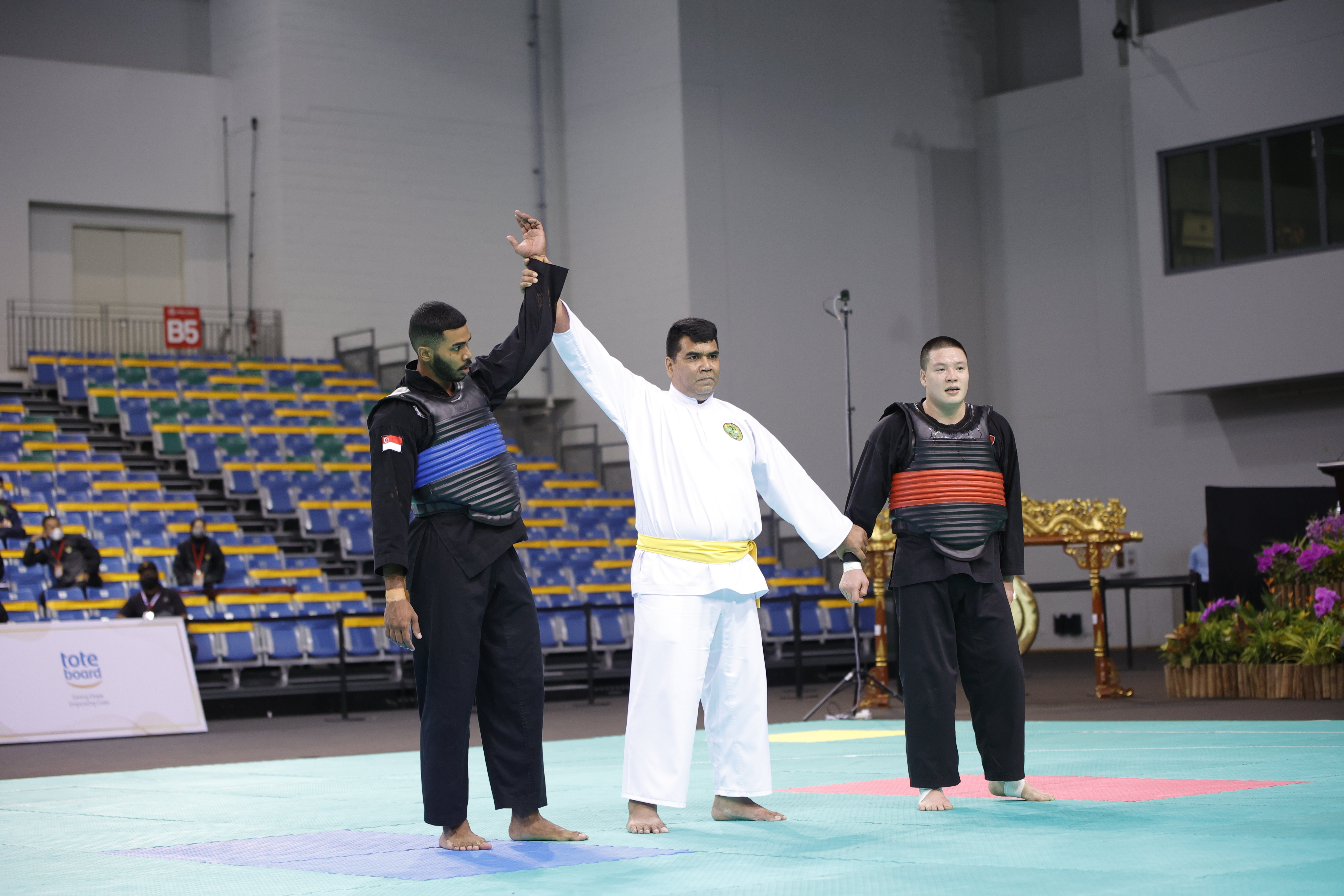 The 8th Southeast Asia Pencak Silat Championship concluded on Sunday (27 Feb) with Team Singapore, clinching a total of 11 gold, 9 silver and 5 bronze medals over the last 3 days of thrilling action at the OCBC Arena.

Singapore’s Muhammad Iqbal Bin Abdul Rahman, who scored 9.945 in the Senior Artistic Male Single to take the 1st gold of the day, said: “I'm overjoyed to get the win, I didn't expect to perform how I performed just now. I had no expectation of the outcome, none of that was on my mind. I just did my best and tried to outdo myself from my previous performance. My preparation went well from the moment I woke up today, and everything just went smoothly.” 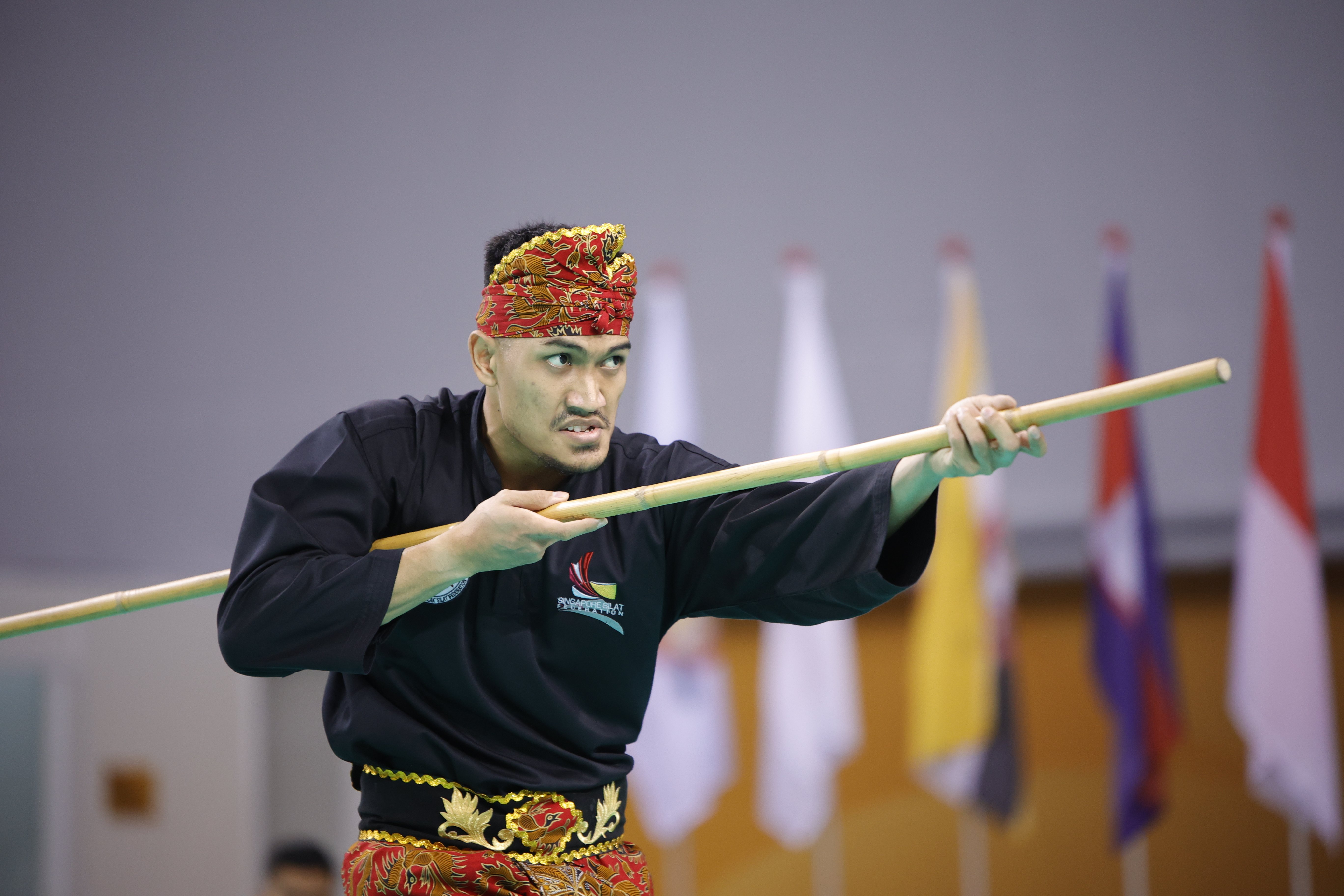 Compatriot Muhammad Syahiran Bin Jeffry, who edged out Indonesian Hendra Wakhyu Hidayat 21-20 in the Senior Match Male I (Above 85kg-90kg), said: “It was an amazing atmosphere, everyone was just supporting me all the way till the end and I showed them that I'm here to win. I think my performance could be better, but I thank everyone who supported me and I hope to experience this again. I was just focusing on my parents in the audience shouting my name every time, that's what kept me going.” 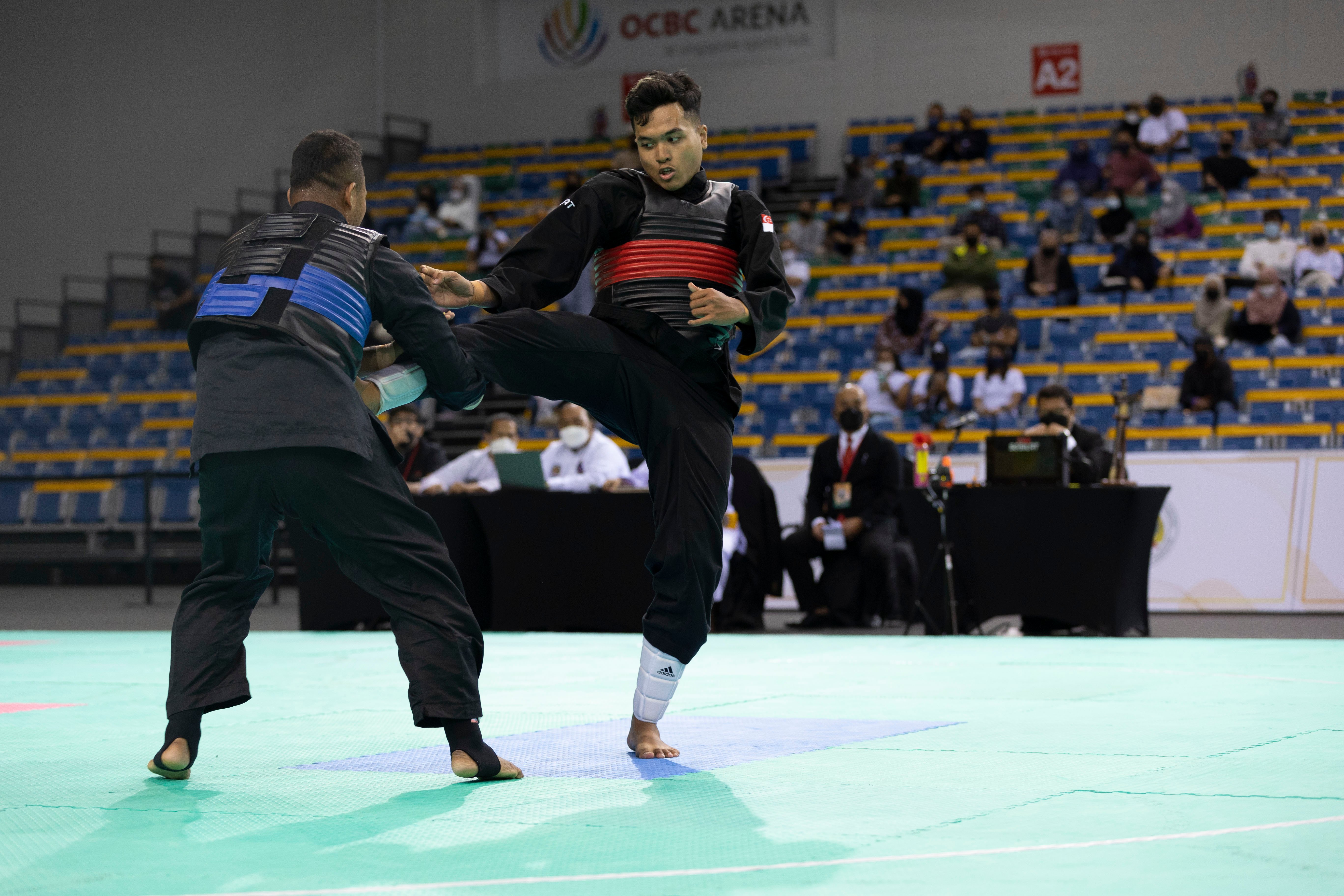 The night ended with Nadhrah Binte Sahrin and Sheik Farhan Bin Sheik Alau’ddin emerging victorious in their respective matches. Nadhrah, 17, put up a dominant display to defeat Malaysia’s Nor Farah Binti Mazlan 21-10 in the Senior Match Female A (Above 45kg-50kg).

Nadhrah, competing in her first senior international competition, said of her feat: “I felt very nervous because the atmosphere was different – a lot of people were watching and it can get a bit overwhelming. So when I was fighting, it was my first time so I couldn't actually control my thoughts and feelings to focus on the fight. Instead, I was distracted a bit from the noises from the audience. My coach was very good at reassuring me. After I ended the fight, everyone was shouting and they were clapping for me. Regardless of the result, I knew they would be proud of me.” 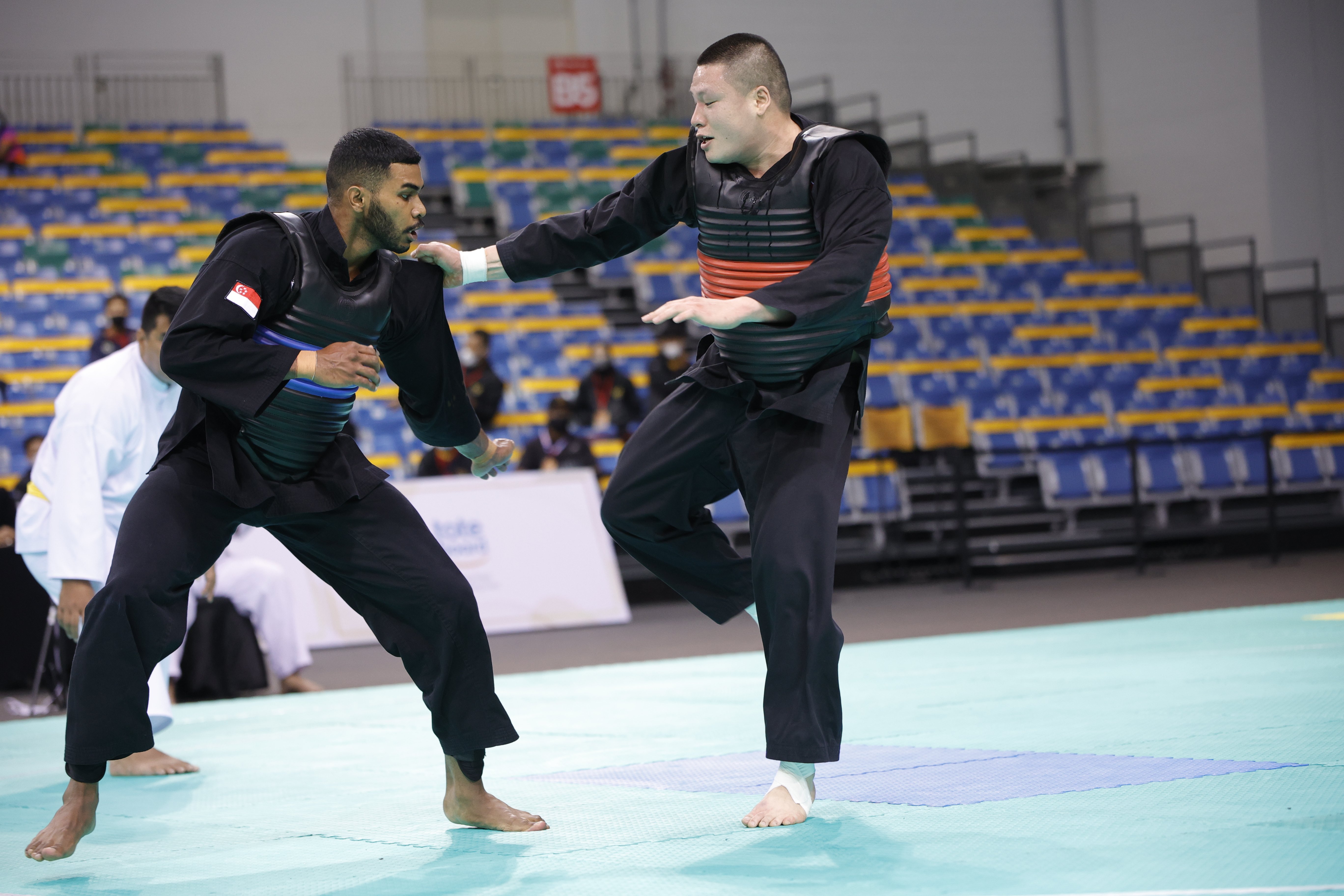 Over in the Senior Match Male J (Above 90kg-95kg) class, 24 year old Sheik Farhan beat his Vietnamese rival Nguyen Van Tri 20-17 to win the title. As the tournament’s Best Performer, he said: “It's been a long time coming, since the last competition in 2019, so I'm happy. Several things that I've been working on happened during the fight, so I'm very happy. The last 6 seconds were crucial, I heard the crowd getting anxious but I wasn't worried and was in fact calm. I heard my coach reminding me to attack with a front kick once my opponent approaches. That was what I did and that helped me.”

Reflecting on the last 3 days of competition, Singapore Silat Federation chief executive officer Sheik Alau’ddin said: “Hosting a championship at this moment is a big challenge because of the Covid-19 pandemic, you need to work closely with a lot of partners and authorities, including international federations. Every day I pray that the teams can fly in, and it’s good that we could see them in Singapore. I’m happy that the event went smoothly. Our team will go back and work hard again. It’s very important from now till the SEA Games (in May) – we have about 2 months to go back to the drawing board and work on their conditioning, skills and game play.”