Singapore recently played host to the highly anticipated FIBA 3x3 Asia Cup 2022  from 6 to 10 July. This event marked the return of the Asia Cup since the beginning of the COVID-19 pandemic and was the second time a FIBA 3x3 official competition was organised in Singapore.

Featuring some of the region’s top 3x3 basketball teams, it was an intense and exciting five days as the teams battled it out for the title at the arena at Marina Bay Sands promenade.

Team Nila volunteers were there to support this event. Check out some of the moments captured by our Team Nila photographers! 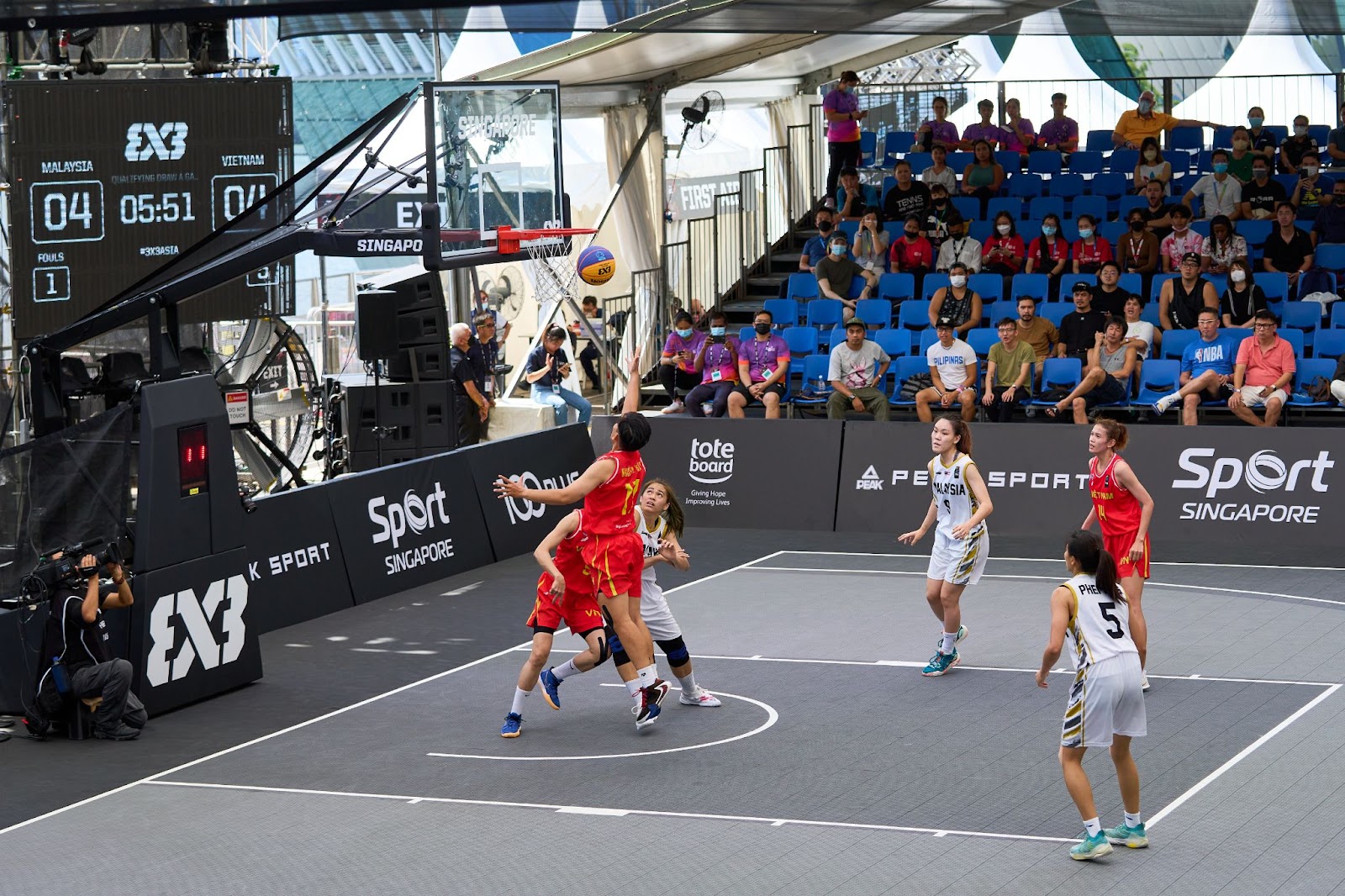 Before the start of the tournament, Team Nila volunteers welcomed the teams upon arrival and helped them with their accommodation. 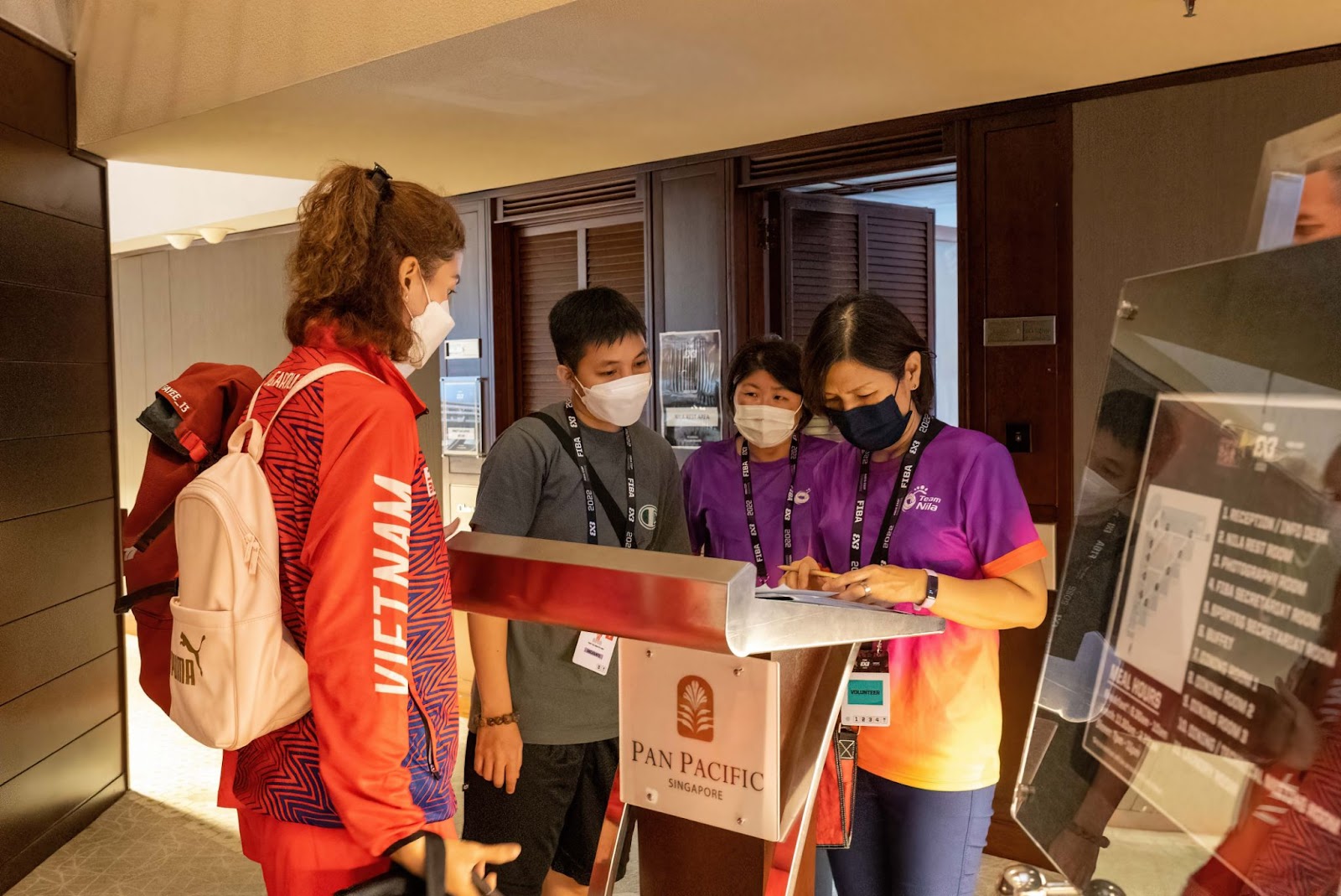 A picture of Team Nila volunteers welcoming spectators at the entrance of the arena. 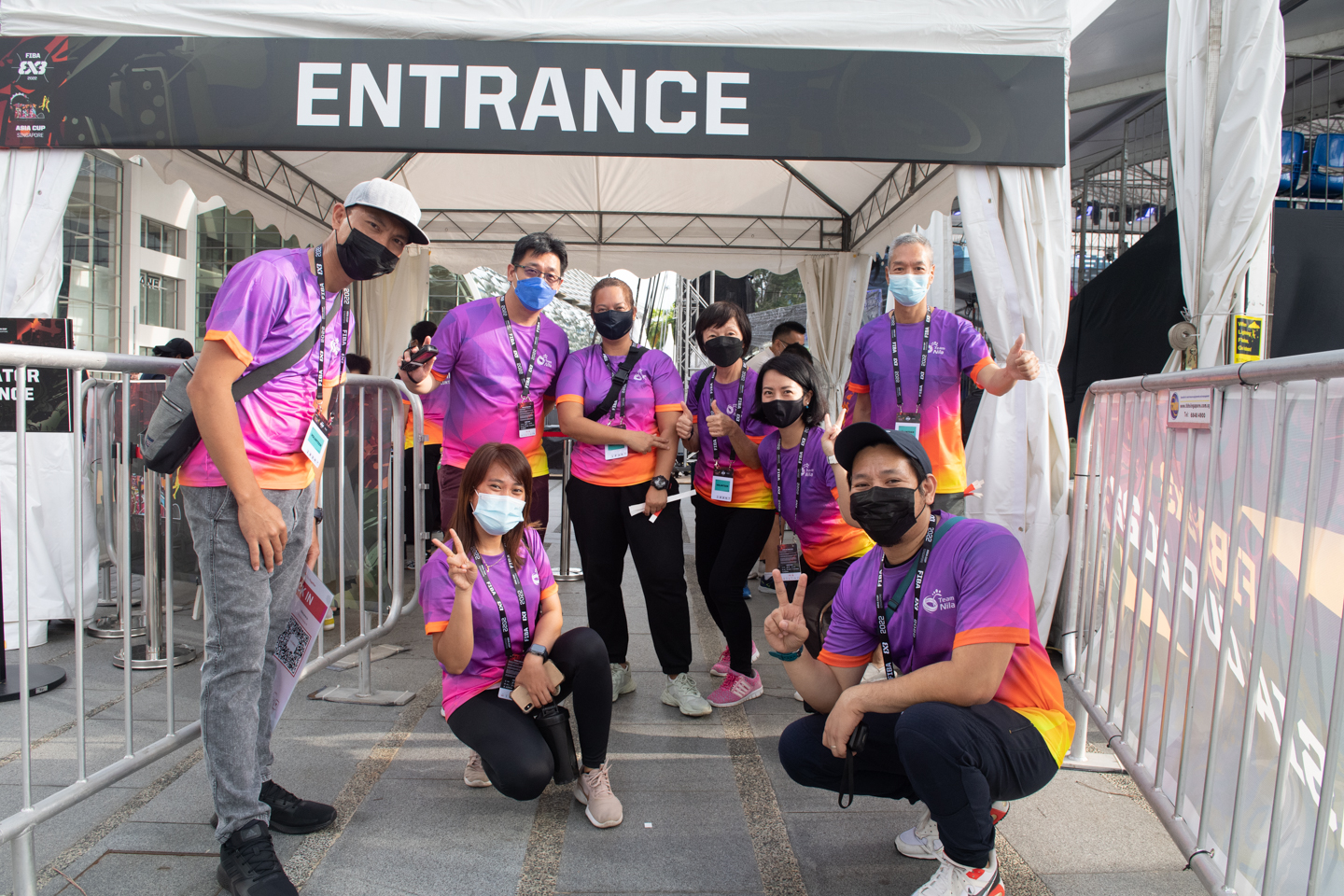 Team Nila volunteers checked tickets at the entrance, ensuring ticket holders had a smooth entry into the arena. It was great to see families and friends turn up at the tournament to support their favourite teams! 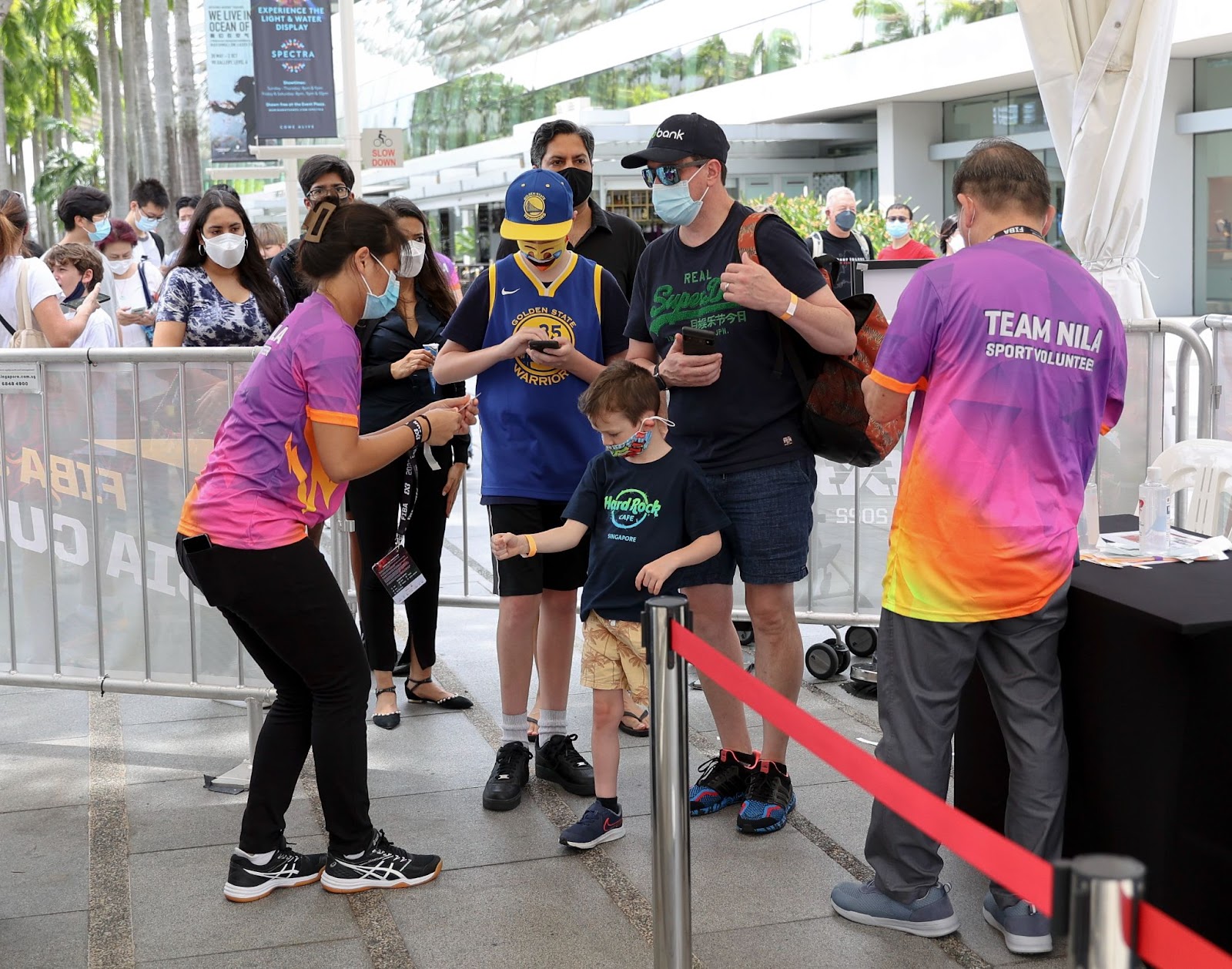 Off the court, every team had a Team Nila volunteer assigned to look after their needs. 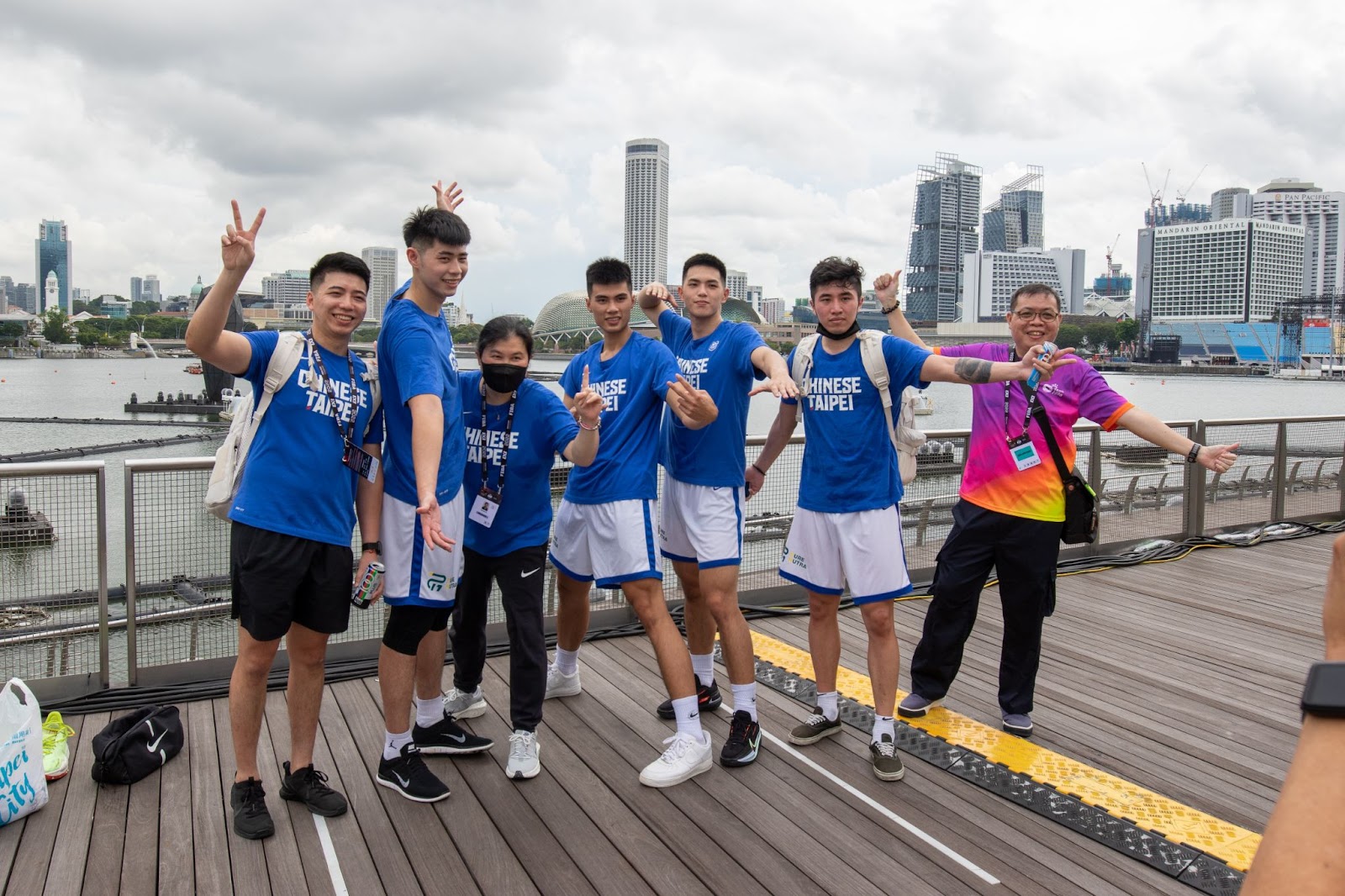 On the court, it was non-stop action as teams battled one another for the title. Mayu Lucy Kubota #31 of Japan drove to the basket during the game against Indonesia. 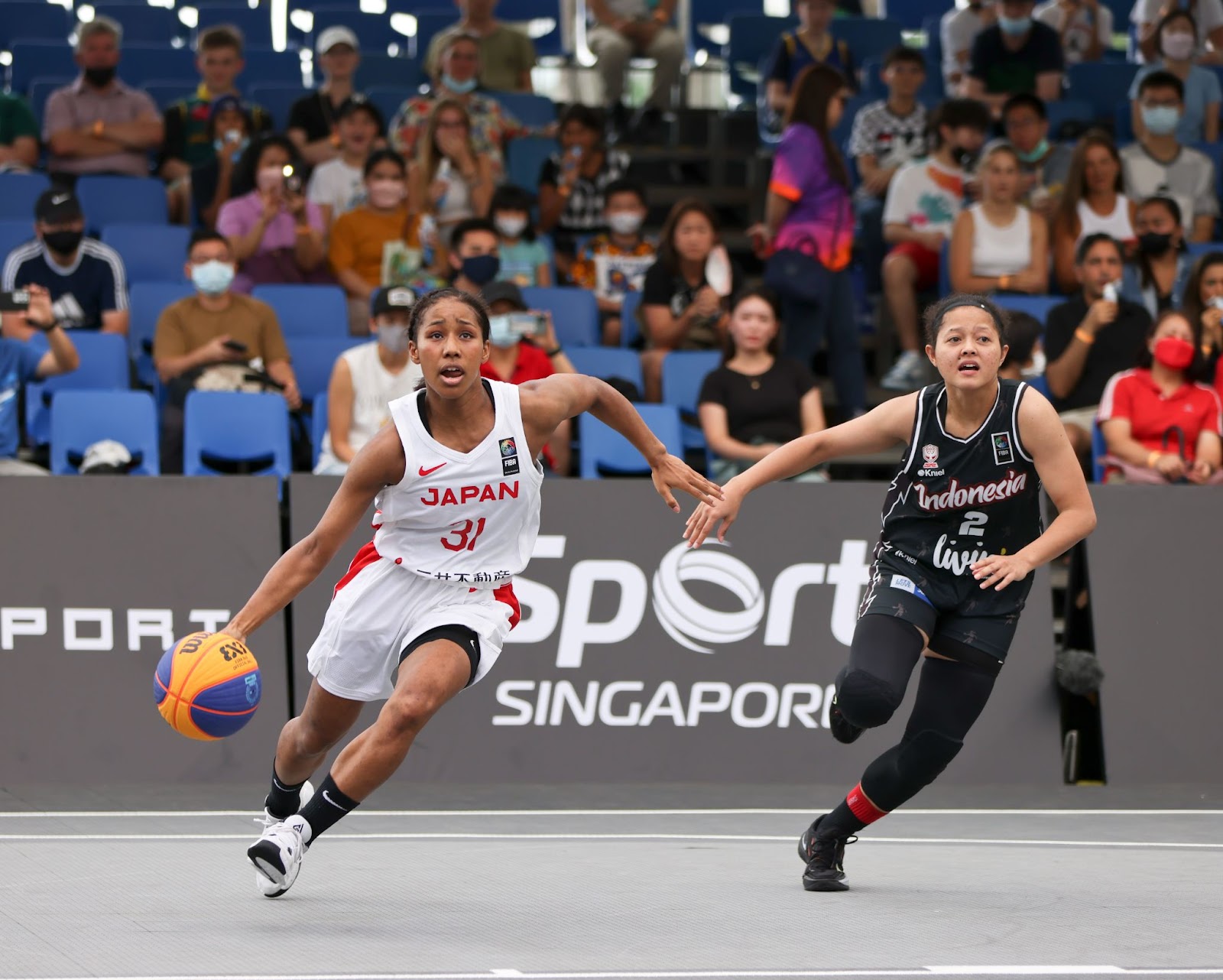 Jiaren Zhao #9 of China scored with a layup against Sri Lanka in the qualifying draw. The China team claimed bronze in the men’s event. 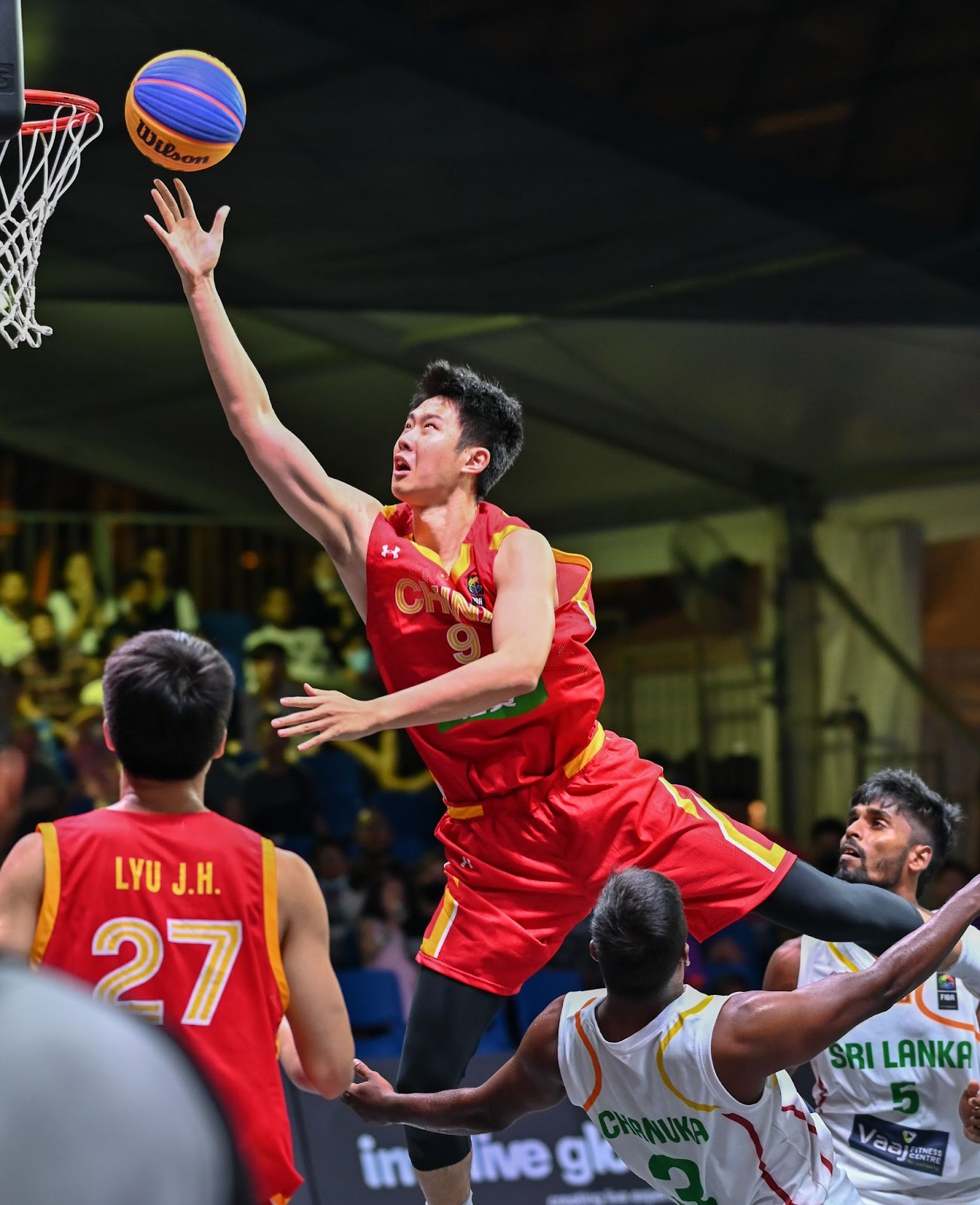 Kimberley Pierre-Louis #26 of Indonesia scored against Korea in the qualifying draw. The sensational player scored an amazing 54 points in 5 games to help Indonesia bring home bronze in the women’s event. 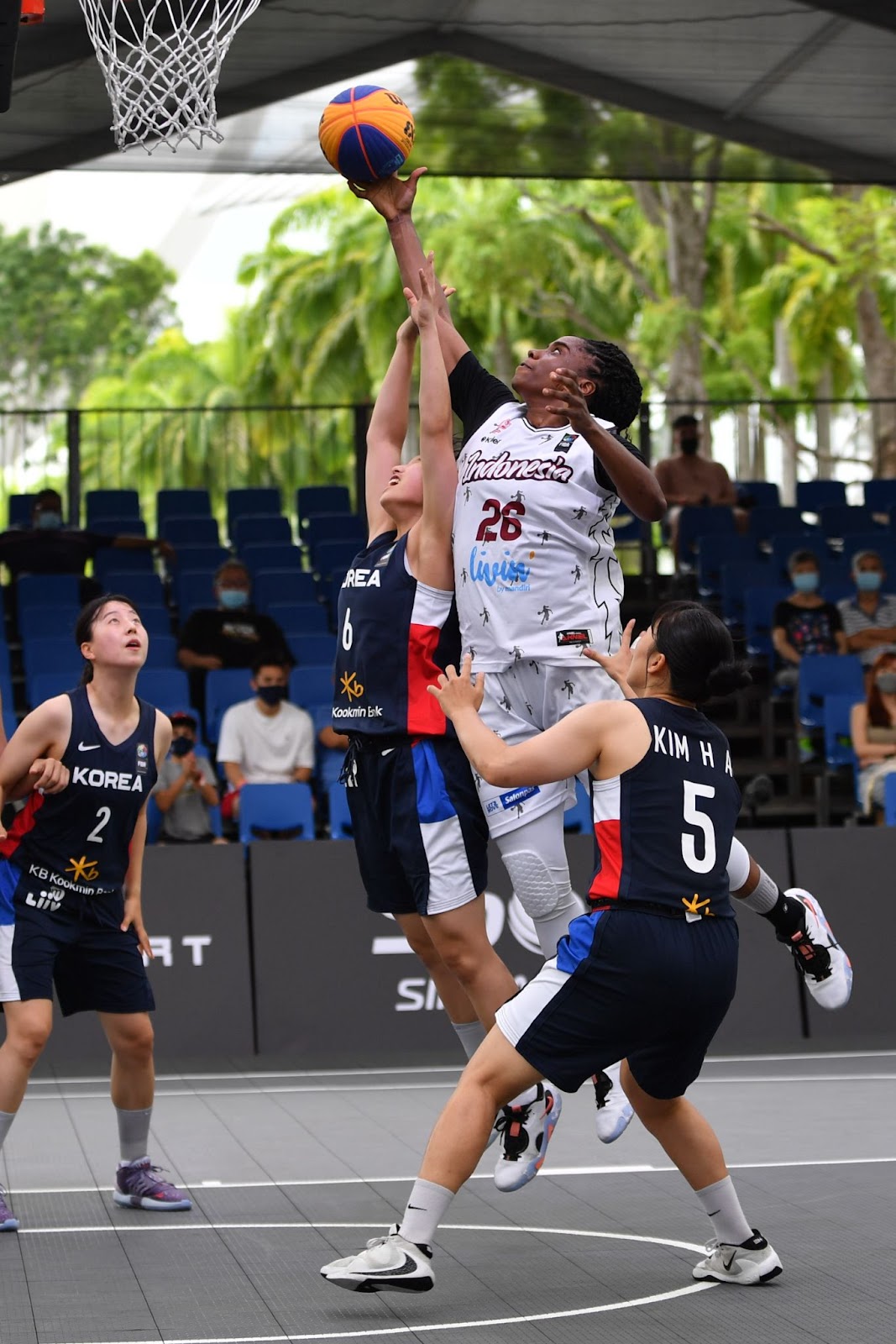 Mah Jun Hao #21 of Singapore attempting to score against China. Singapore bowed out of the tournament with a 22-13 loss to China. 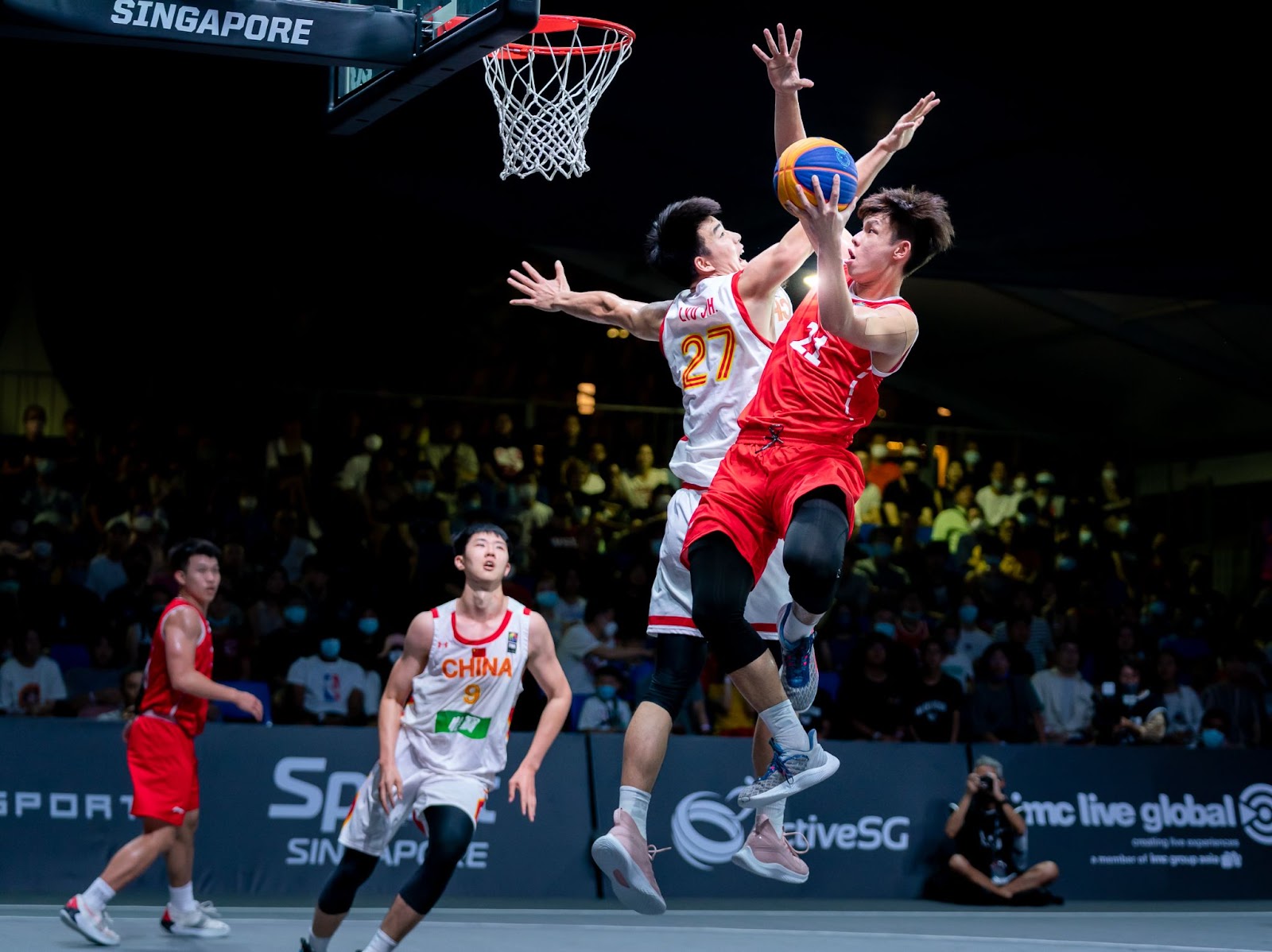 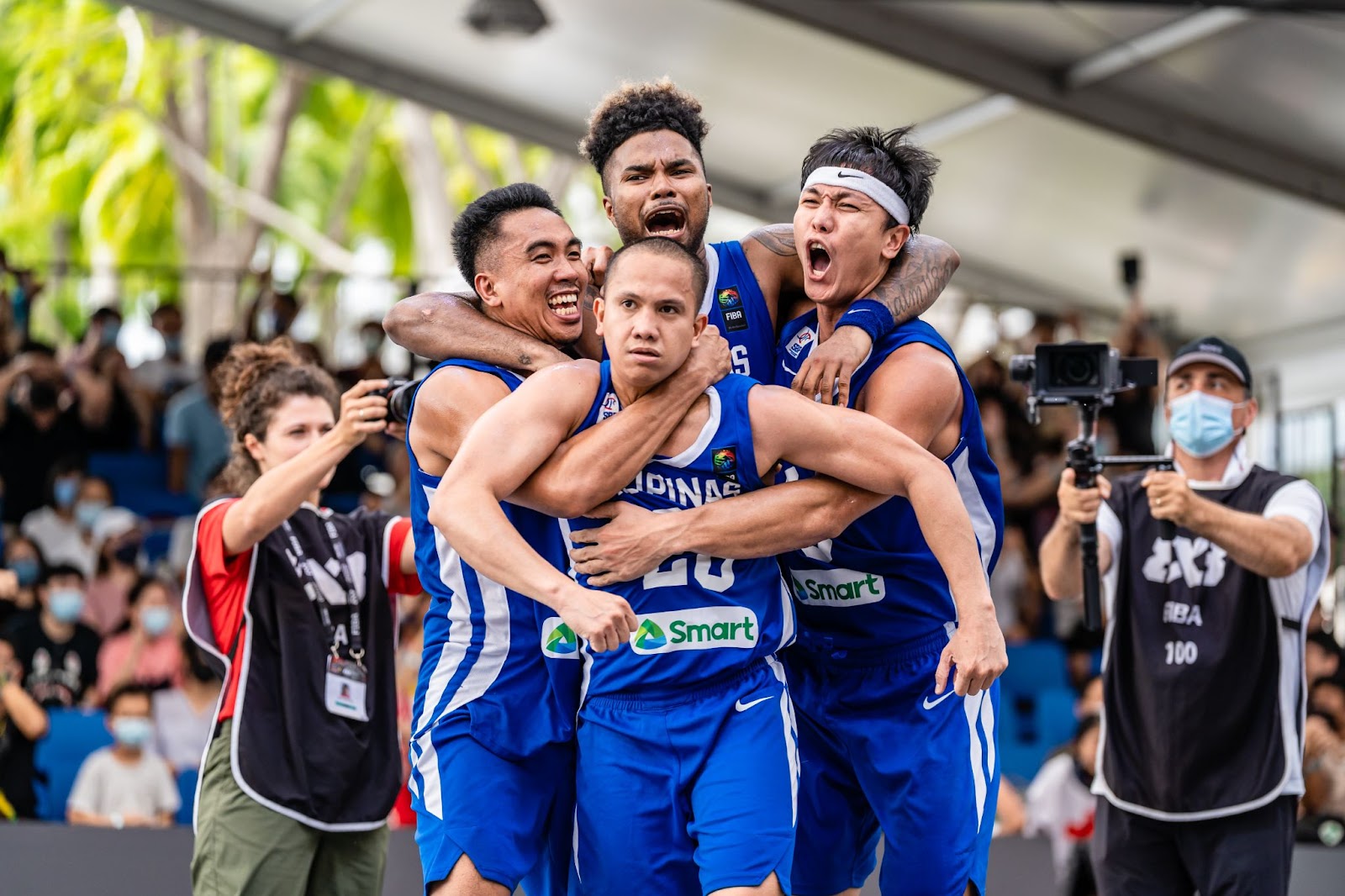 Great action was not limited to just the court! Korea's women's team was jubilant and constantly cheering their men’s team on. Their love and passion for the game was inspirational! 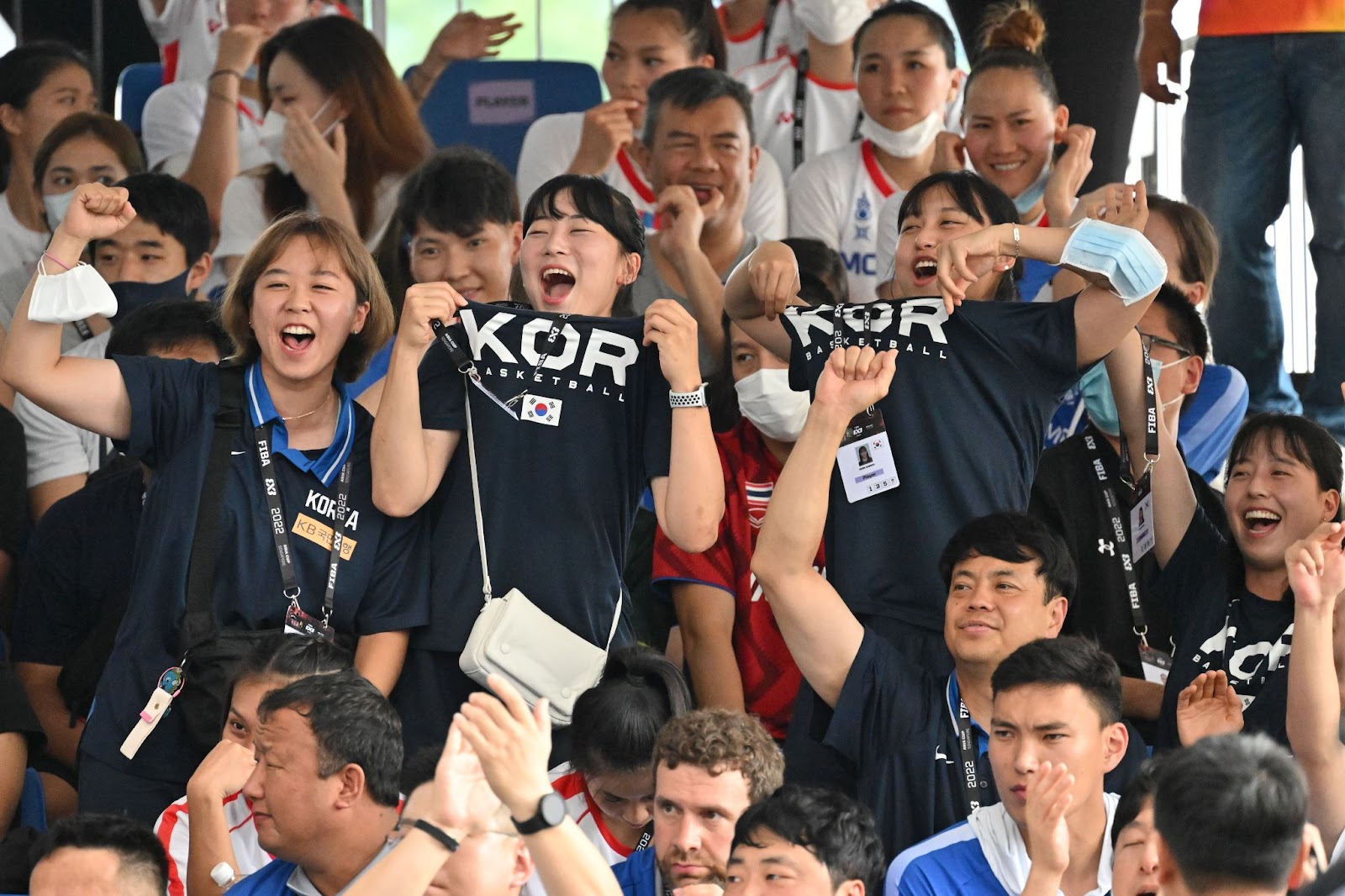 Anneli Sara Maley #2 of Australia up against China’s #18 Kun Huang in the women’s final. It was a tightly contested match, as the teams faced each other for the second time in as many days. 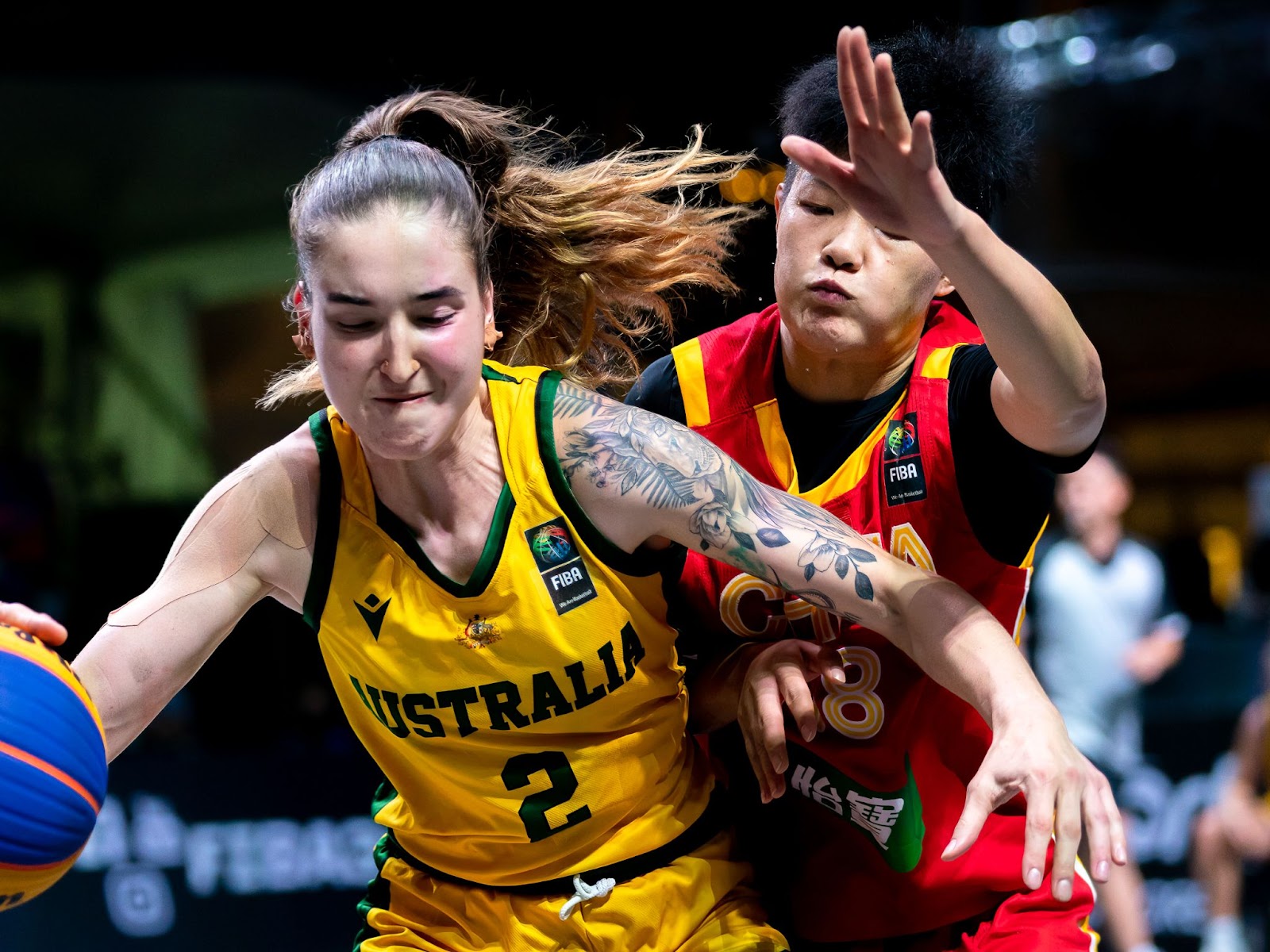 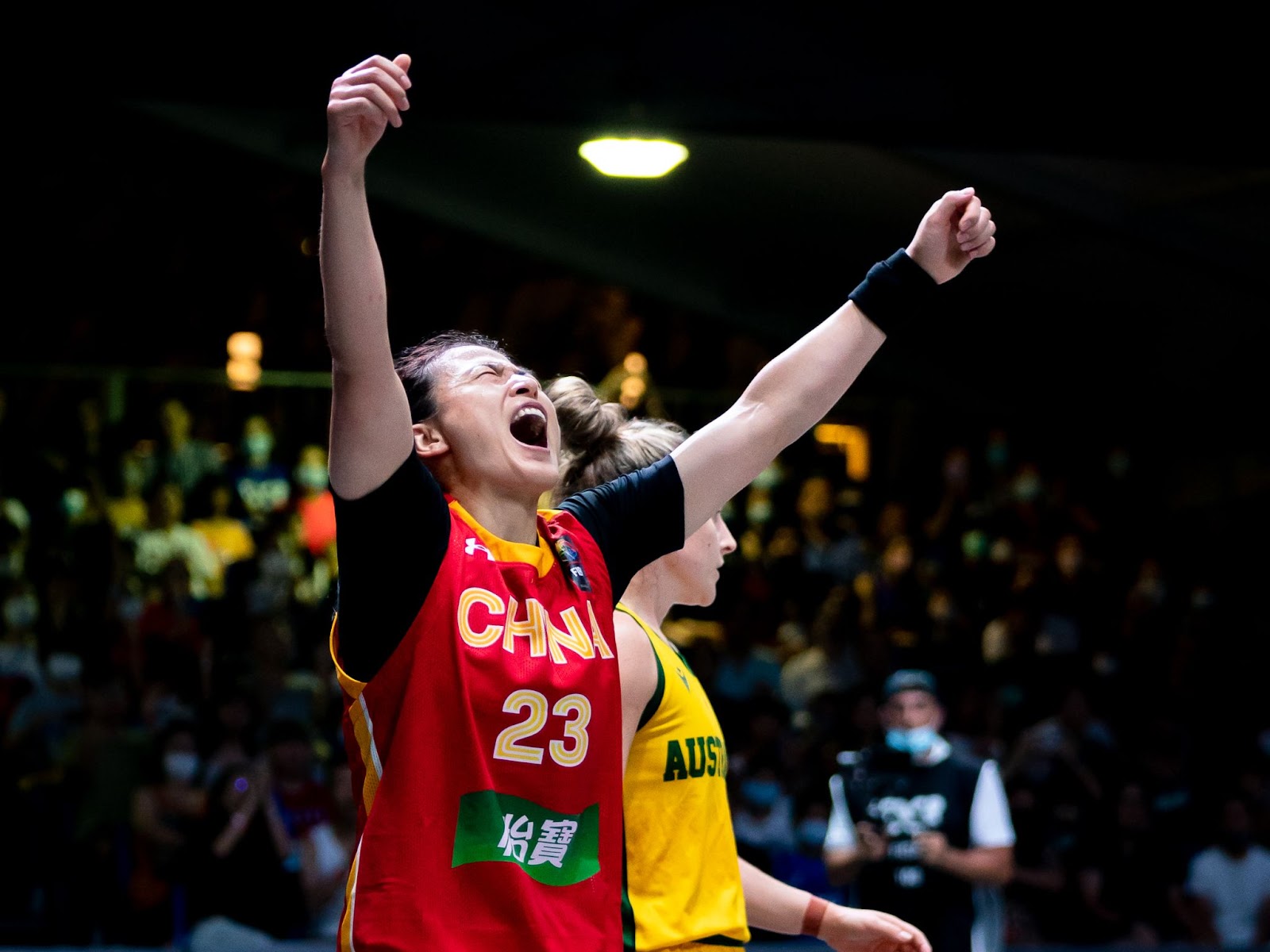 Jesse Wagstaff #3 sealed the win against New Zealand with a layup and led Australia to a three-peat on July 10. Wagstaff was also named MVP of the FIBA 3x3 Asia Cup 2022 after finishing top of the scoring charts with 42 points. 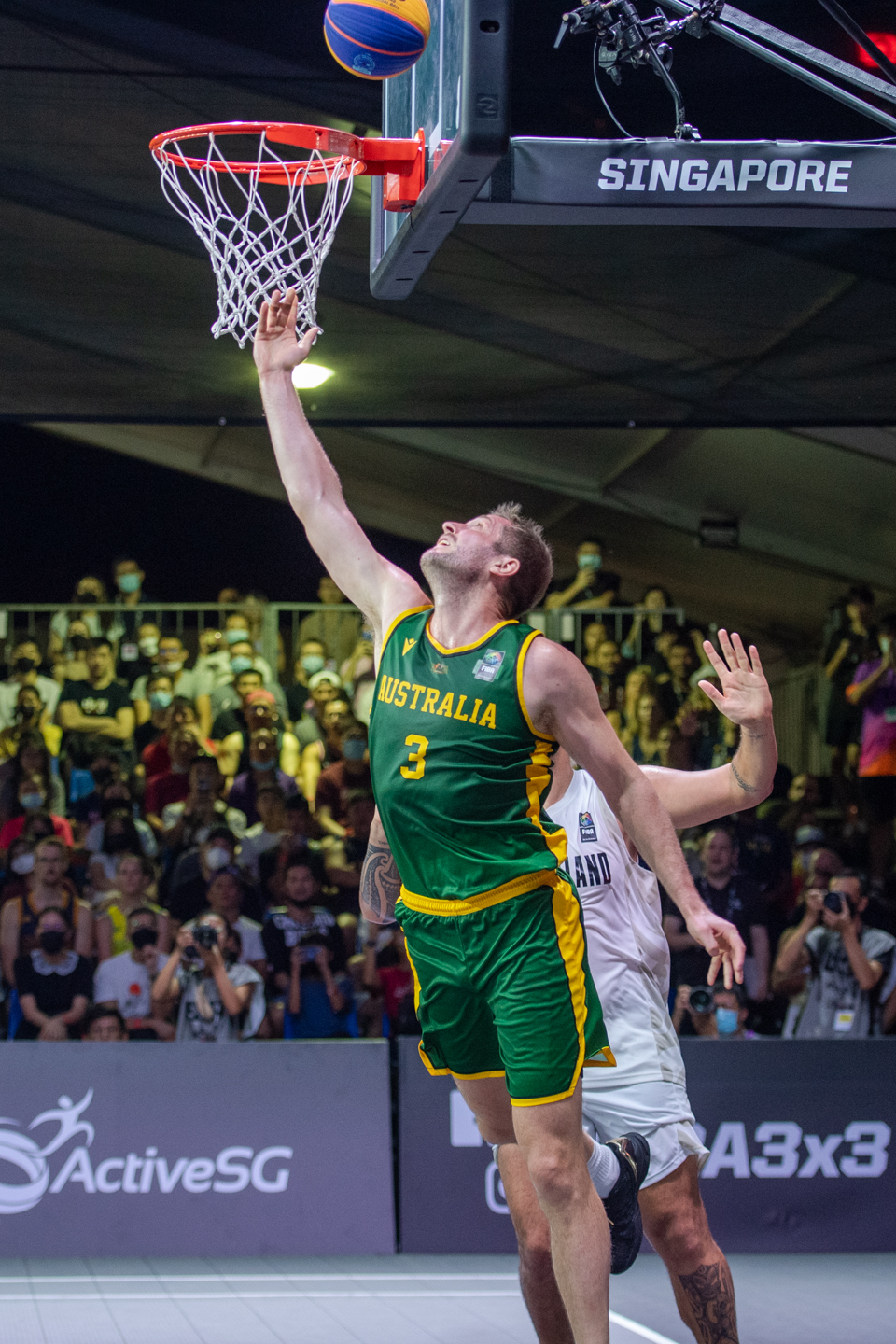 Congratulations to Australia and China for winning the FIBA 3x3 Asia Cup 2022 women’s and men’s event! 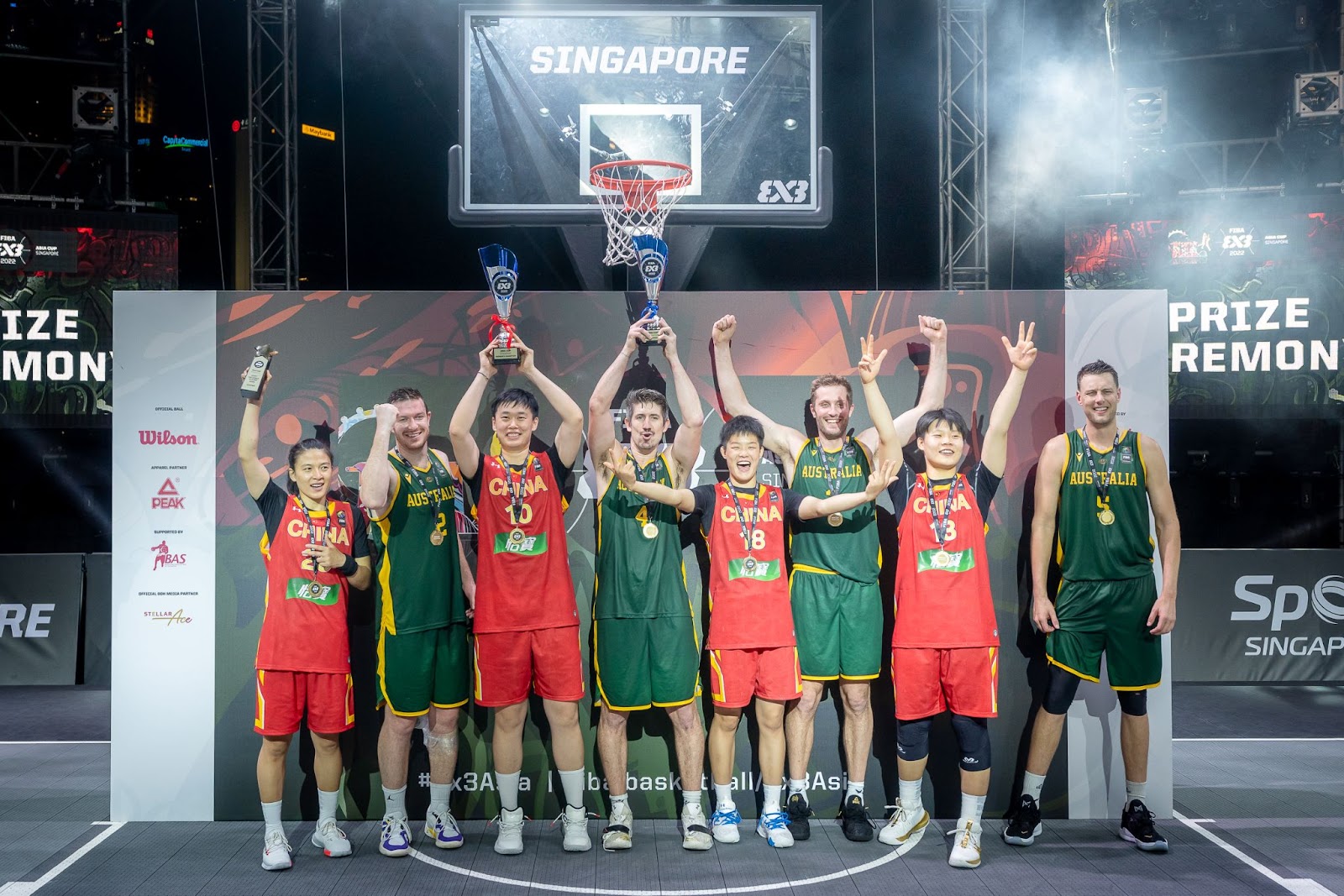 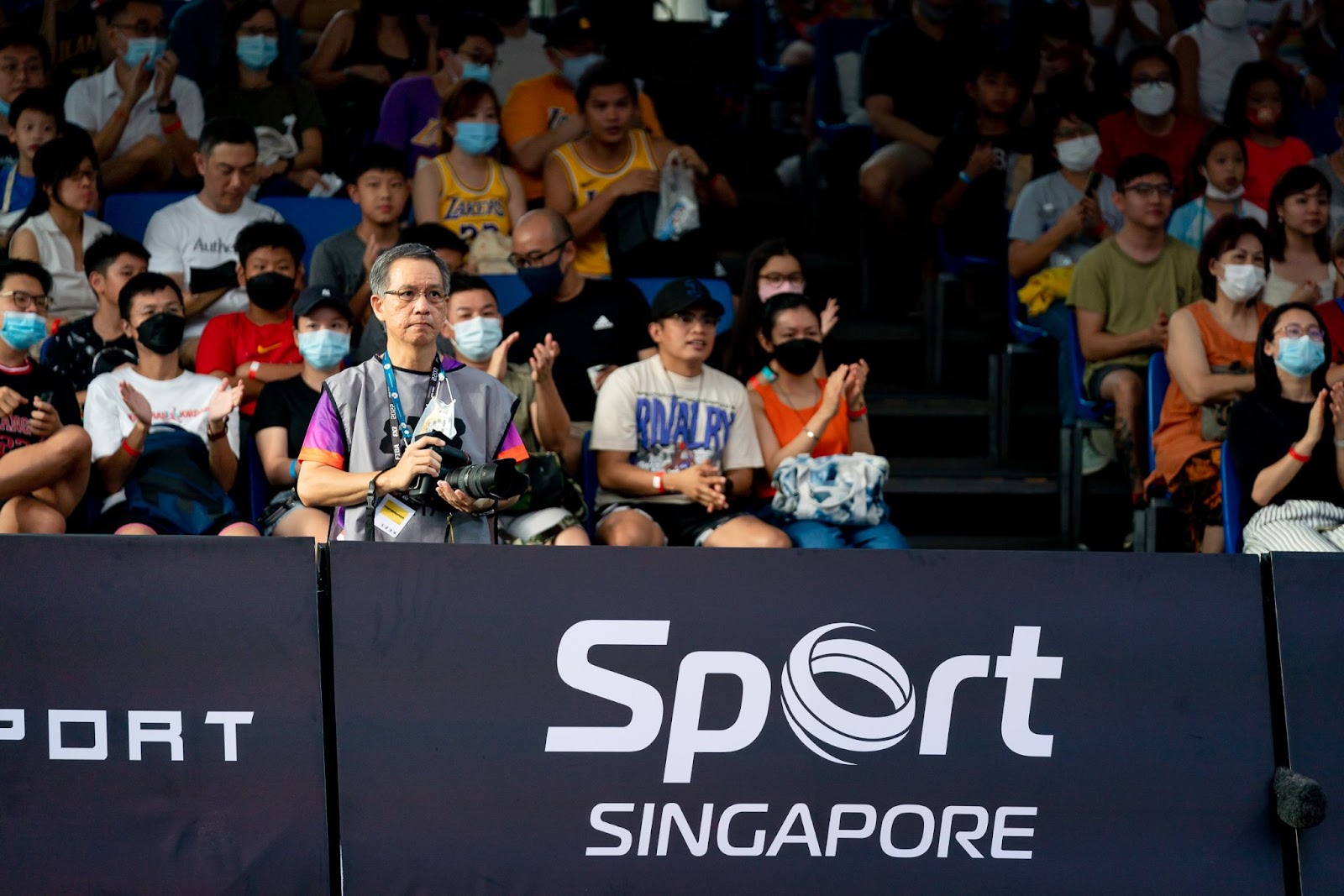 In between each game, Team Nila volunteers cleaned the players’ area and ensured every team competed in a comfortable and safe environment. 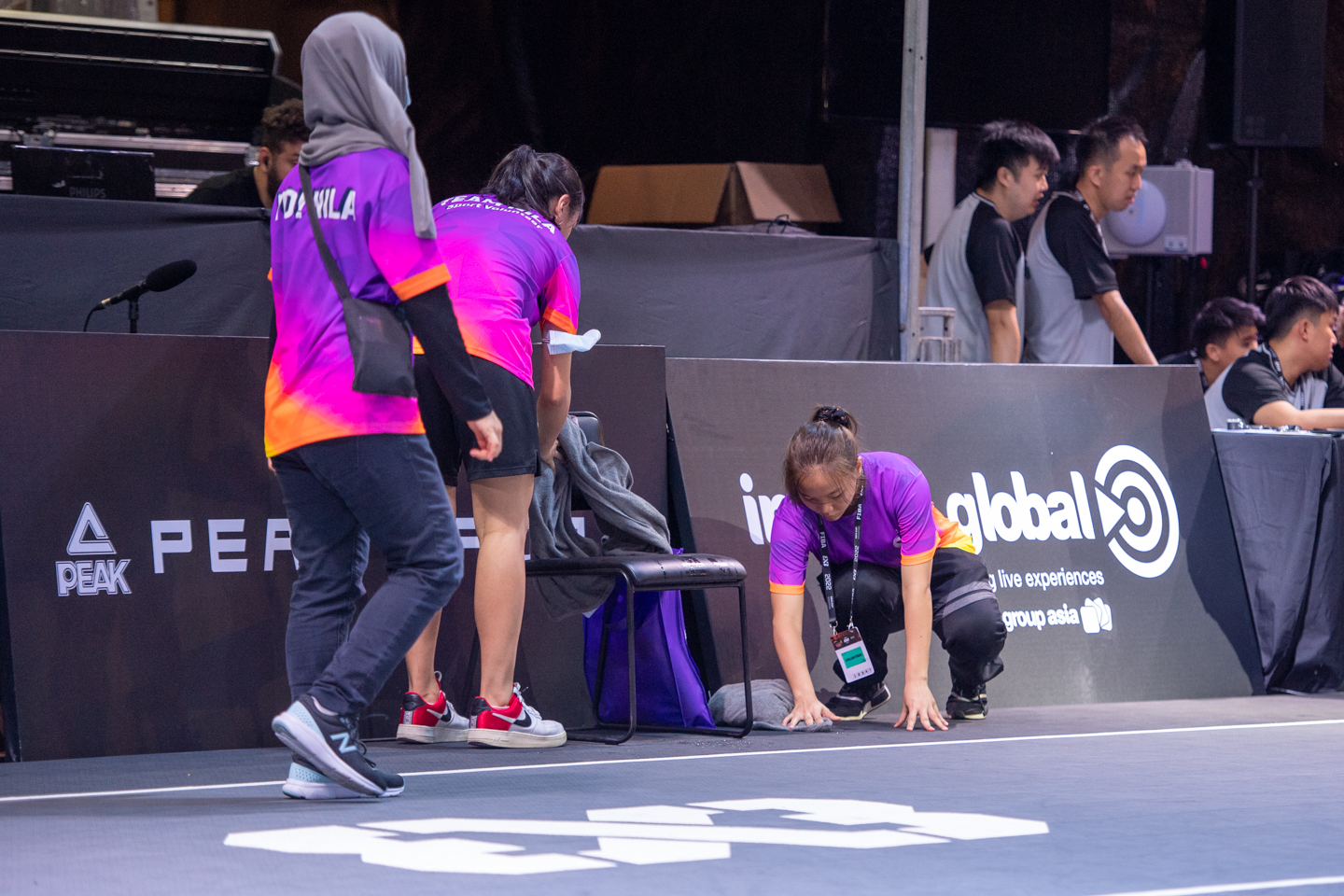 Team Nila volunteers and young players from ActiveSG Basketball Academy forming a guard of honour to welcome the entry of the finalists. 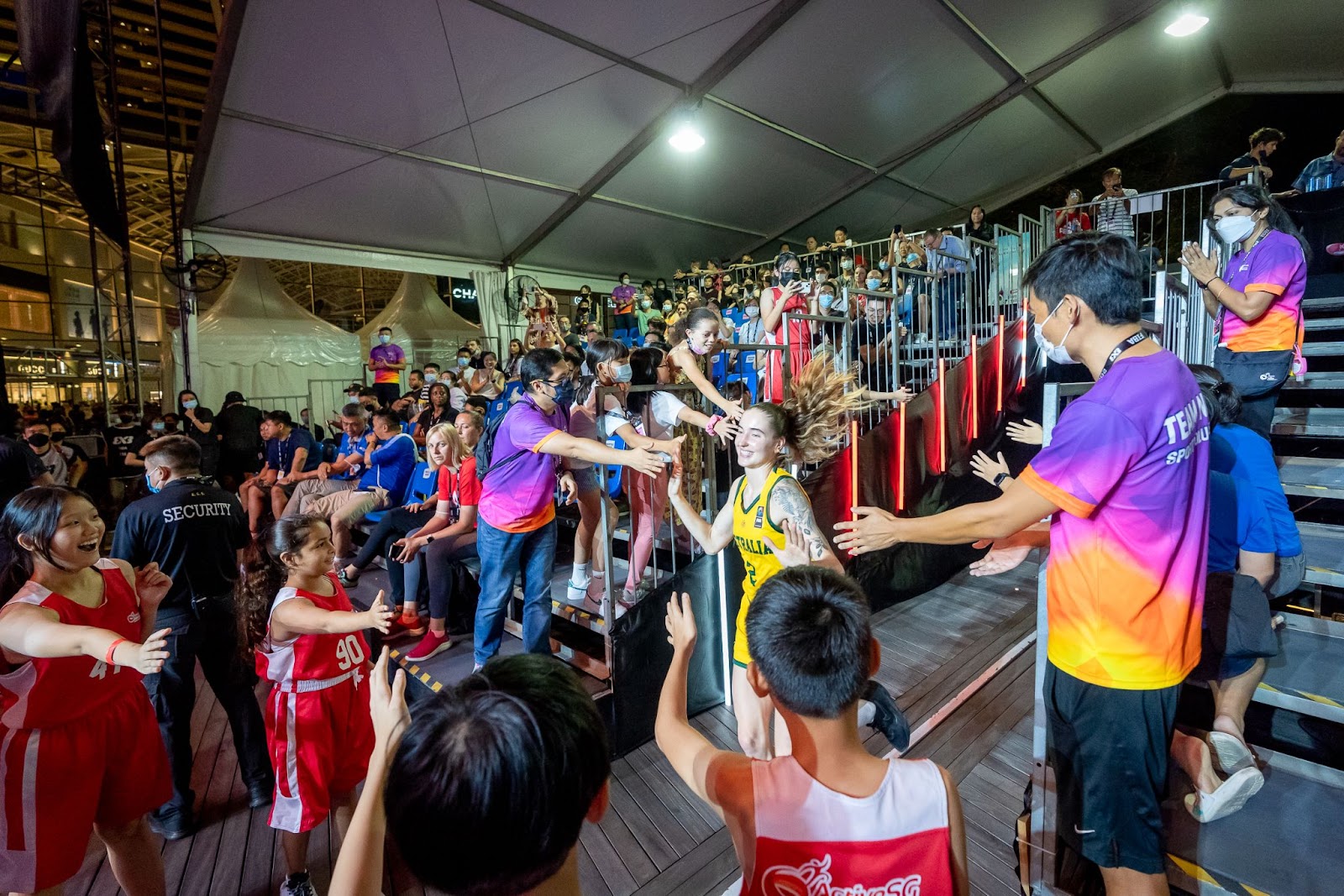 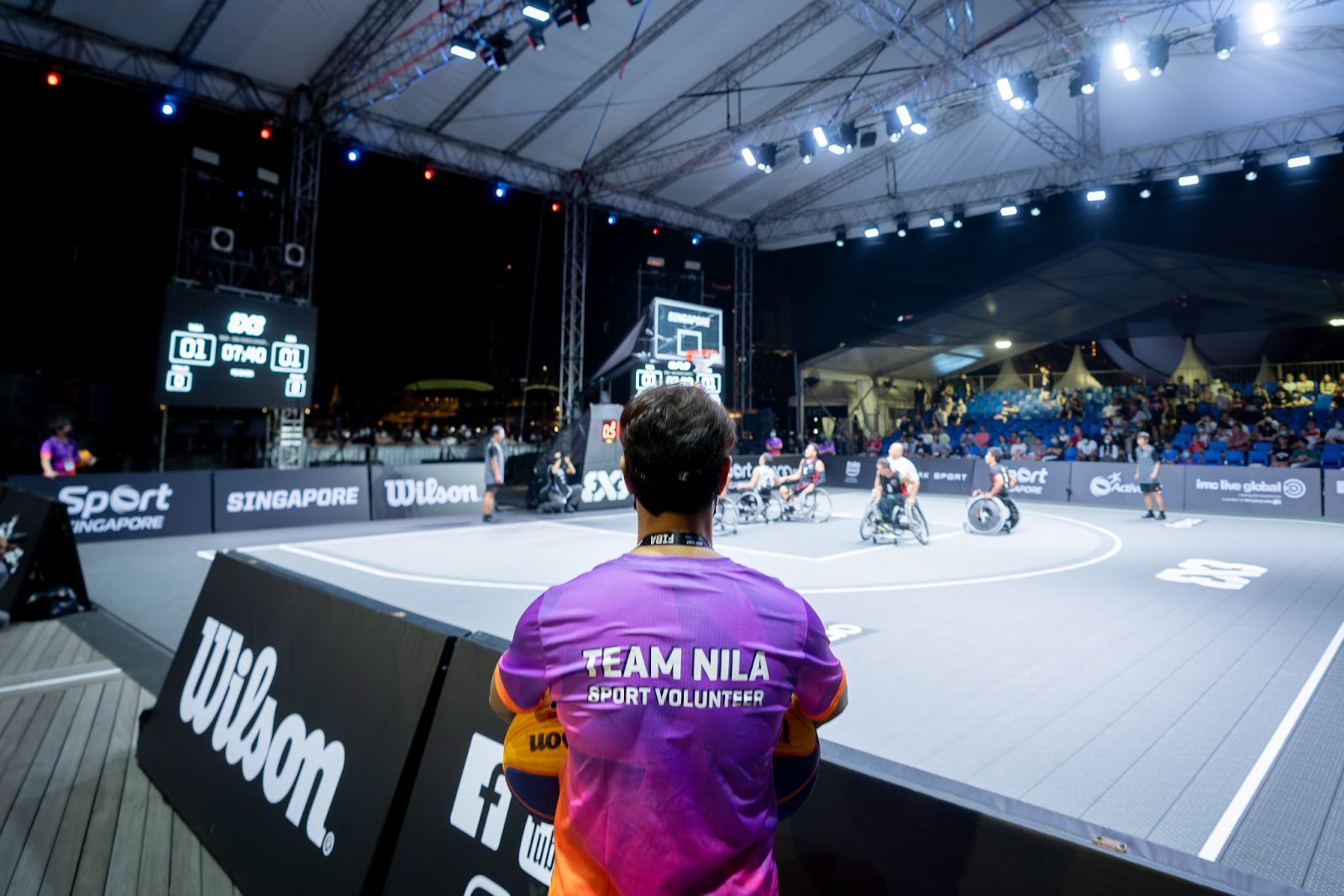 Many thanks to our Team Nila volunteers who worked tirelessly and gave their all throughout the tournament. Their energy and dedication was invaluable to the success of the event. See you guys next time! 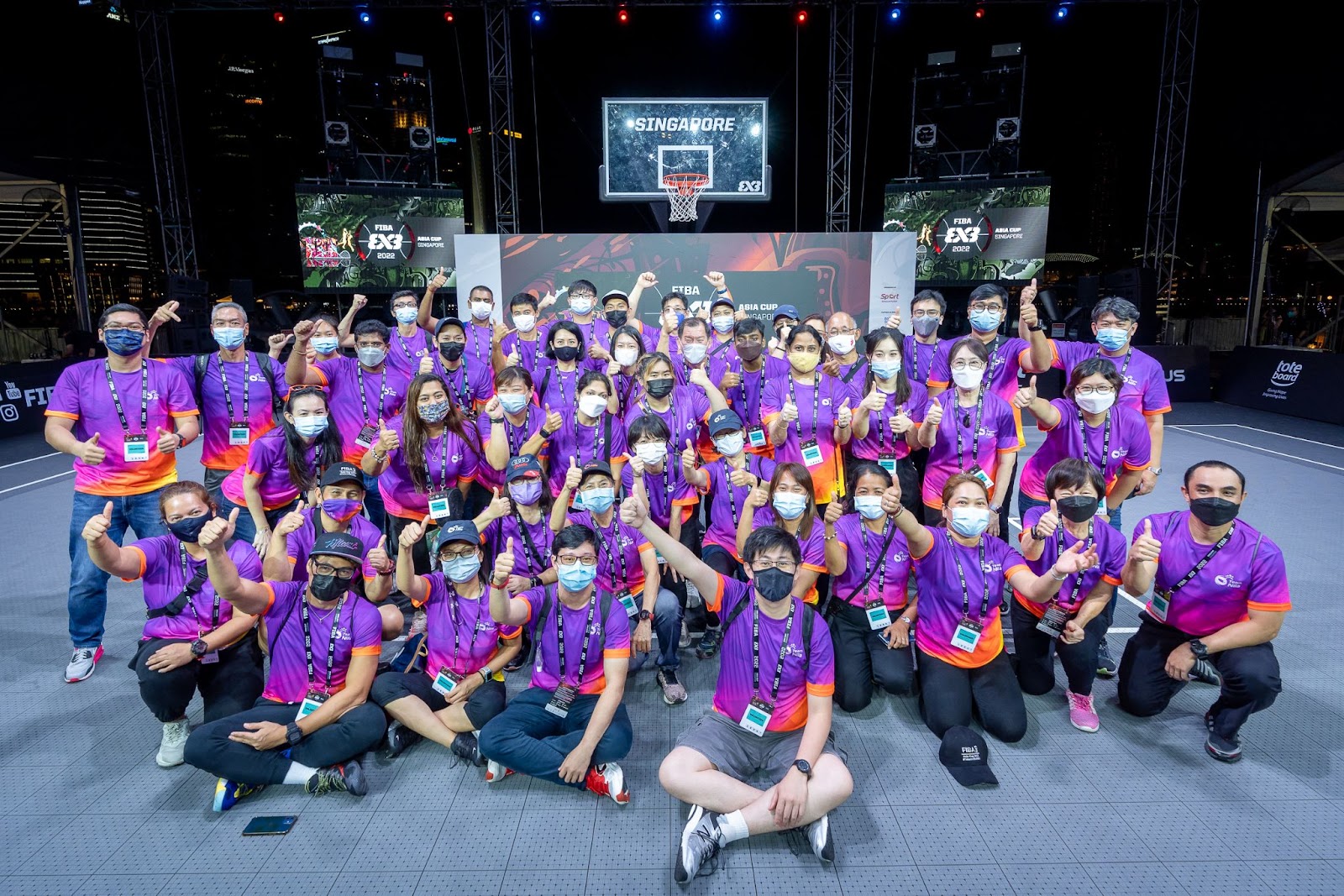 In 2015, Sport Singapore launched ‘Team Nila’ as the new sport volunteer brand on 24 February in the lead up to 28th Southeast Asian (SEA) Games. The brand serves to not only continue the legacy of ‘the Purple Army’ by creating a common identity for sport volunteers, but also forge a sense of belonging and instil a sense of pride among all sport volunteers.

Embodying Team Nila’s values of Courage, Passion and Friendship, our sport volunteers have been dedicating many hours to serve the community through our 5 giving platforms which includes Academies & Clubs, Active Health, Sporting Events, SportCares and Sport Centres.

As the Positive Driving Force in Singapore, Team Nila looks into the future to transform sport volunteerism by expanding its scope of volunteering and growing its capabilities to contribute in new and innovative ways while continuing to inspire the Singapore Spirit through sport.