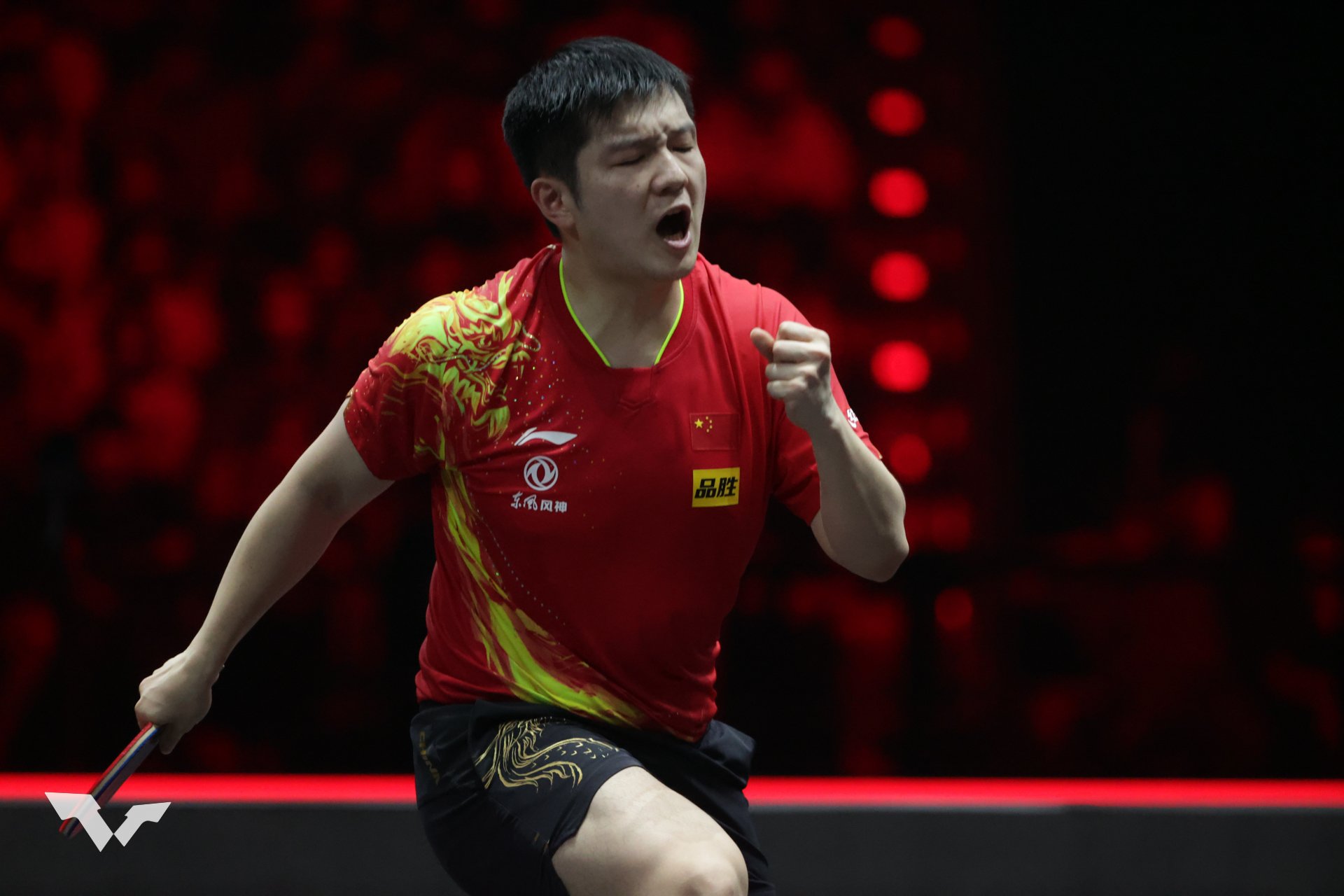 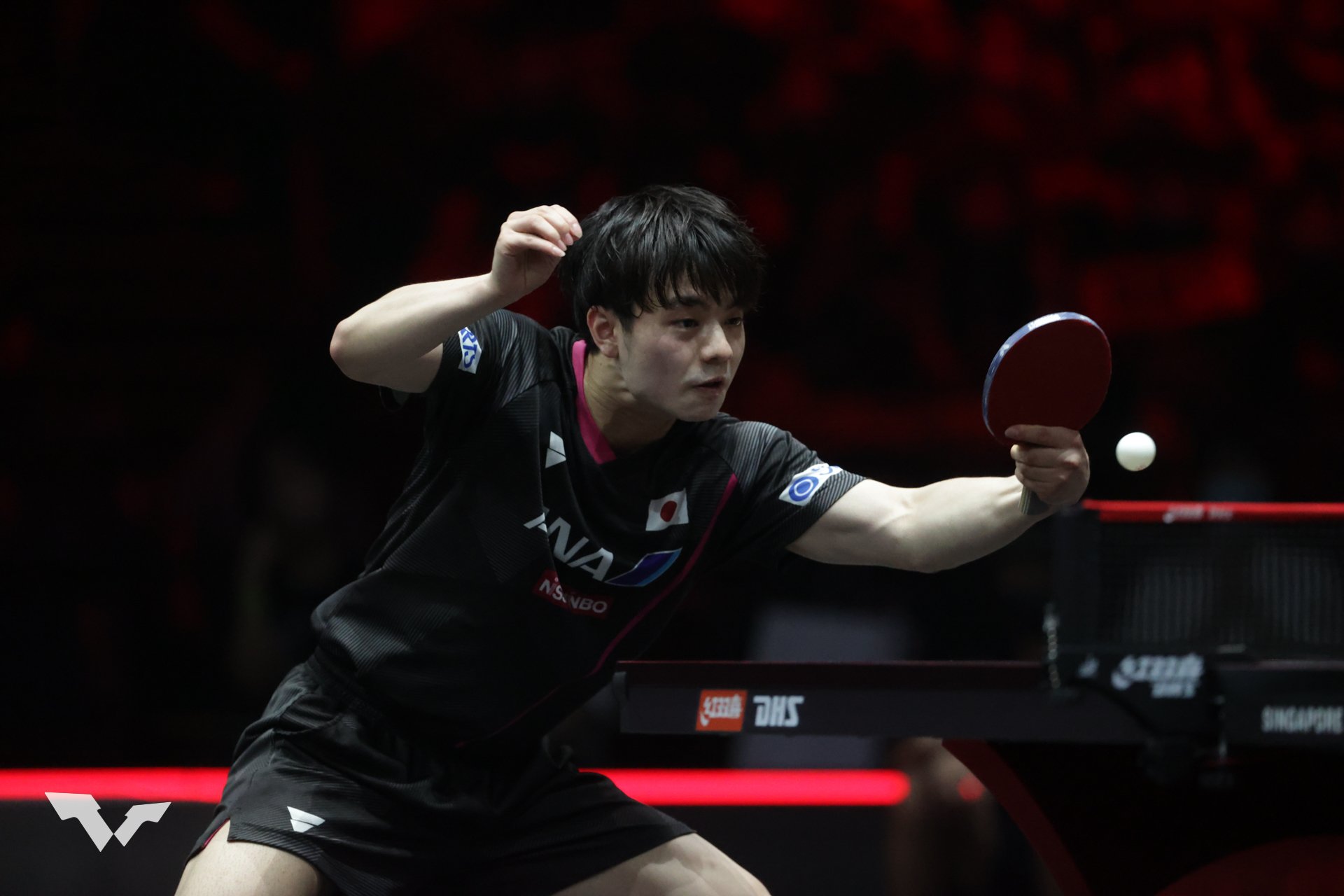 20-year-old Yukiya stunned several higher ranked players to make it to the Semi-finals of the prestigious Singapore Smash. In the first round, the young Japanese player overcame Chinese Taipei’s Liao Cheng-Ting, before stunning German legend, Timo Boll 3-2 in the Round of 32! Then in the Round of 16, Yukiya beat Lim Jong Hoon of Korea 3-1, to enter the last eight! In the quarterfinals, Yukiya was the one to emerge victorious 3-2, after a closely fought match against Qiu Dang of Germany, to set up a meeting with the world number 1!

On the other hand, 25-year-old Zhendong beat Portugal’s Tiago Apolonia, Japan’s Masataka Morizono and Korea’s An Jaehyun, in the respective first 3 rounds, to enter the last 8. And in the Quarterfinals, the world number 1 and Tokyo Olympic Men’s Singles silver medalist overcame Germany’s Patrick Franziska 3-0, to enter the Semi-finals! 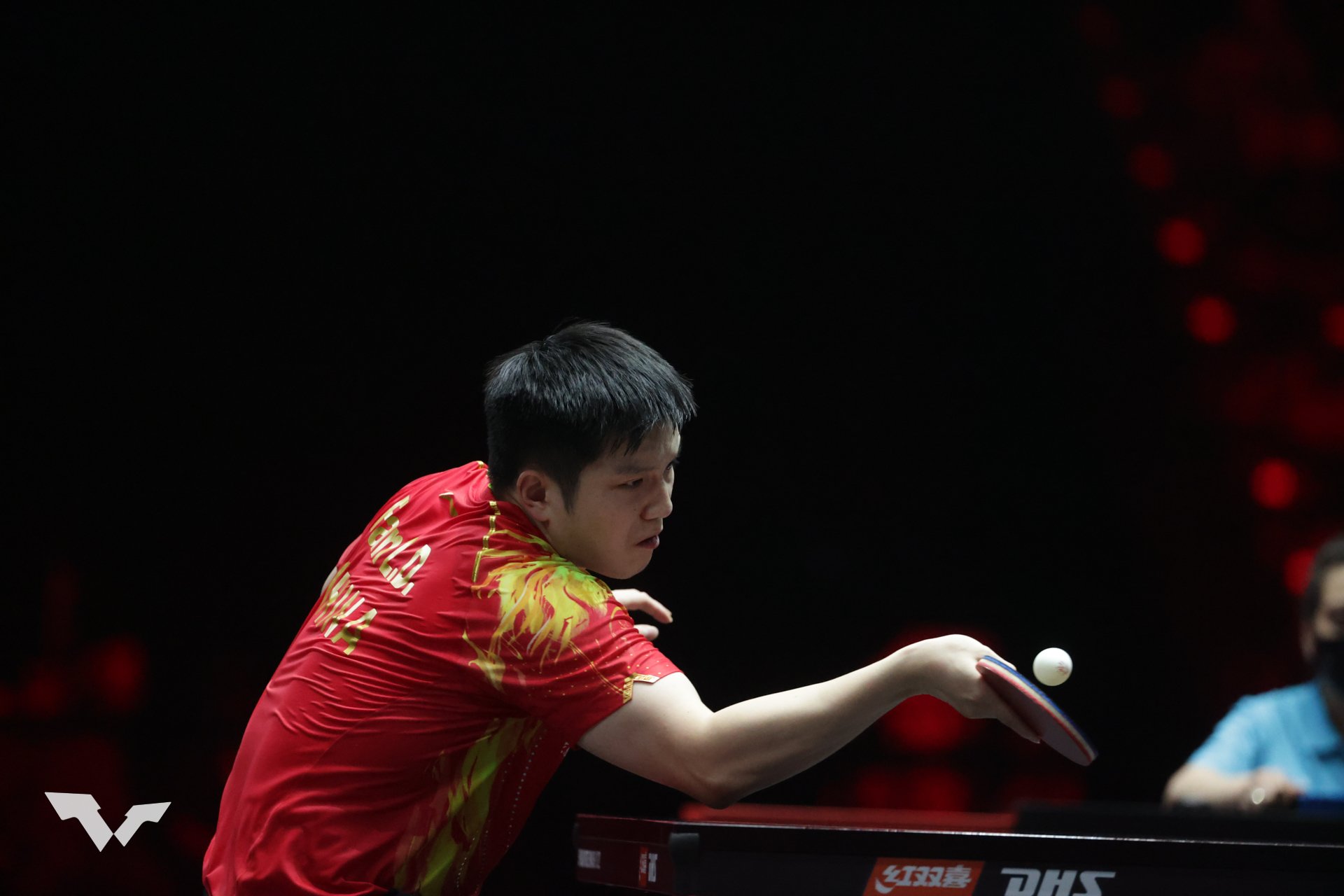 Up against his world number 1 opponent, Yukiya knew he had to enter his game quickly. Playing a beautiful rally right from the first point, the Japanese paddler managed to claim the first 2 points of Game 1 and subsequently took the lead, 5-2! But the experienced world number 1 remained calm, thinking of ways to control his opponent by paying more attention to his placements. Zhendong’s experience paid off in the first game, as he quickly managed to score 4 consecutive points to overtake Yukiya, 6-5! Since then, the Tokyo Olympian managed to carry on his lead all the way, as he bagged the 1st Game 11-9!

In the 2nd game, scores were closely tied at 5-all. Yukiya was then the quicker player to change his game plan, as he fought to keep Zhendong far from the table before executing quick shots which the world number 1 struggled to return. The 20-year-old’s strategy worked, as he took 5 straight points to lead 10-5! Despite saving 2 game points, bringing the score to 10-7, Zhendong was still unable to overturn the game, as Yukiya won Game 2, 11-7! 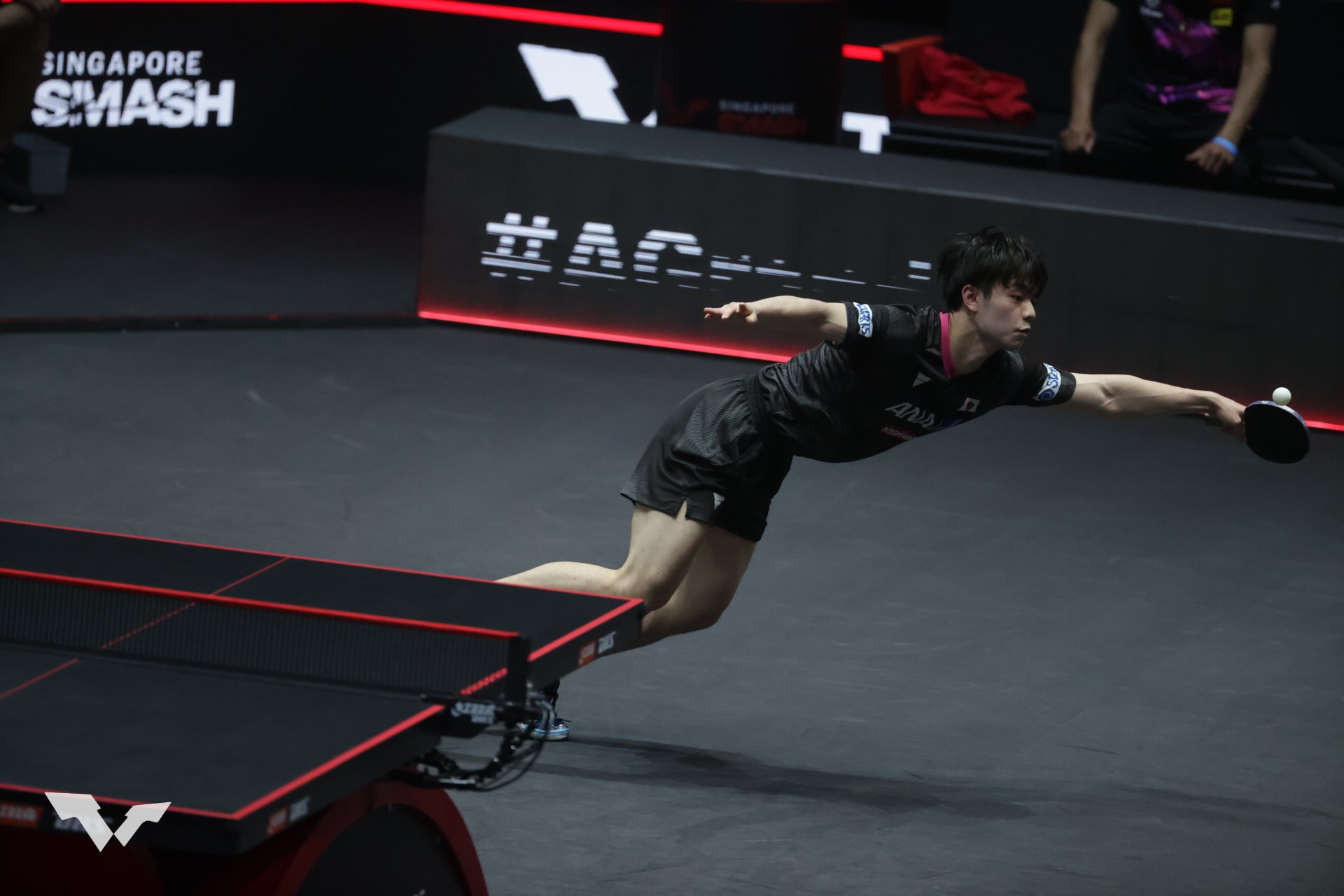 The 3rd game started off with Zhendong claiming 6 out of the first 7 points to lead 6-1. But Yukiya soon caught back to 6-4, following a series of intense rallies! Fortunately for Zhendong, he was able to sustain his lead in Game 3 after a few unforced errors on the Japanese’s end. Eventually, Zhendong managed to take Game 3 11-7!

Down 2-1, Game 4 was an important game for Yukiya to keep his Singapore Smash hopes alive. Scores were tied at 3 apiece, before Zhendong took the lead 7-4. But the younger Yukiya played a series of spectacular wide-angle backhand shots, making it tough for his Chinese opponent to return. A closely contested 4th game saw the game enter into deuce, with Yukiya having 4 game point opportunities! Unfortunately for him, Zhendong still proved too experienced, as he managed to save all of Yukiya’s game points to finally take Game 4 16-14. 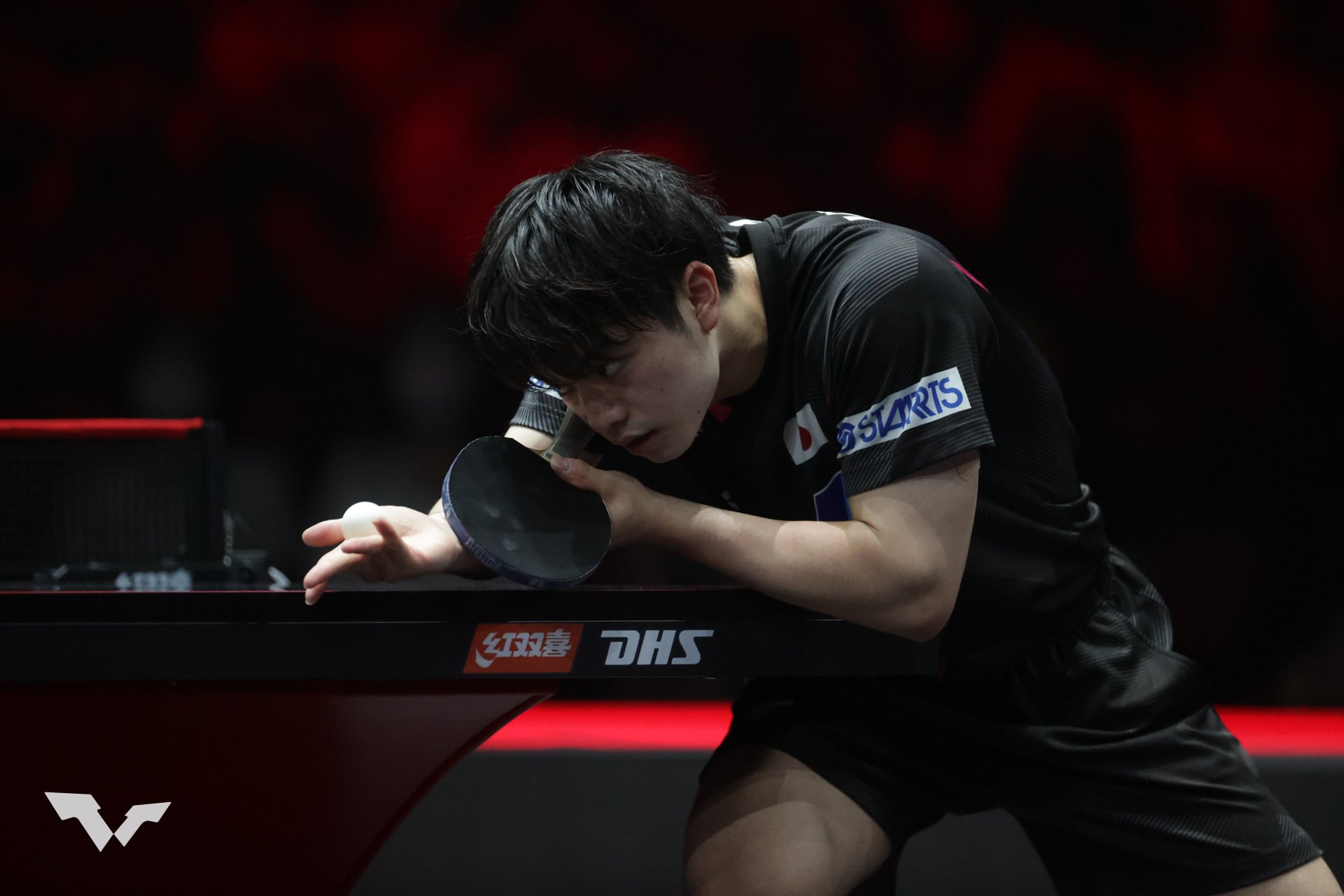 Despite trailing 3-1, Yukiya was not one to give up without a fight. The 20-year-old fought on and persevered, carefully executing every shot whilst trying to minimize his errors. Game 3 was yet another closely fought game, with Yukiya eventually claiming the game 13-11.

Things seemed to be going in Yukiya’s way in Game 6, as the Japanese teenager took the lead 5-0! But the world number 1 still proved too strong for 20-year-old Yukiya, as Zhendong then took 7 points in a row, to instead overtake his Japanese opponent, 7-5! Yukiya was fighting to cling onto hope against his experienced opponent, as he caught back to level the score at 9 apiece. But the more experienced Zhendong quickly changed his service at the crucial juncture, causing Yukiya to stumble as he took the 6th game 11-9, booking his spot in the Men’s Singles Finals.

With Zhendong’s Semi-final win, he will next face teammate and two-time Olympics gold medalist, Ma Long!

“I think the atmosphere at the arena today was great, which also motivated me to do better. I hope that I will be able to perform well in the Finals tomorrow and give the fans a spectacular match”, said 25-year-old Zhendong after his Semi-final win.