Youth players cherish the chance to compete at National Stadium! 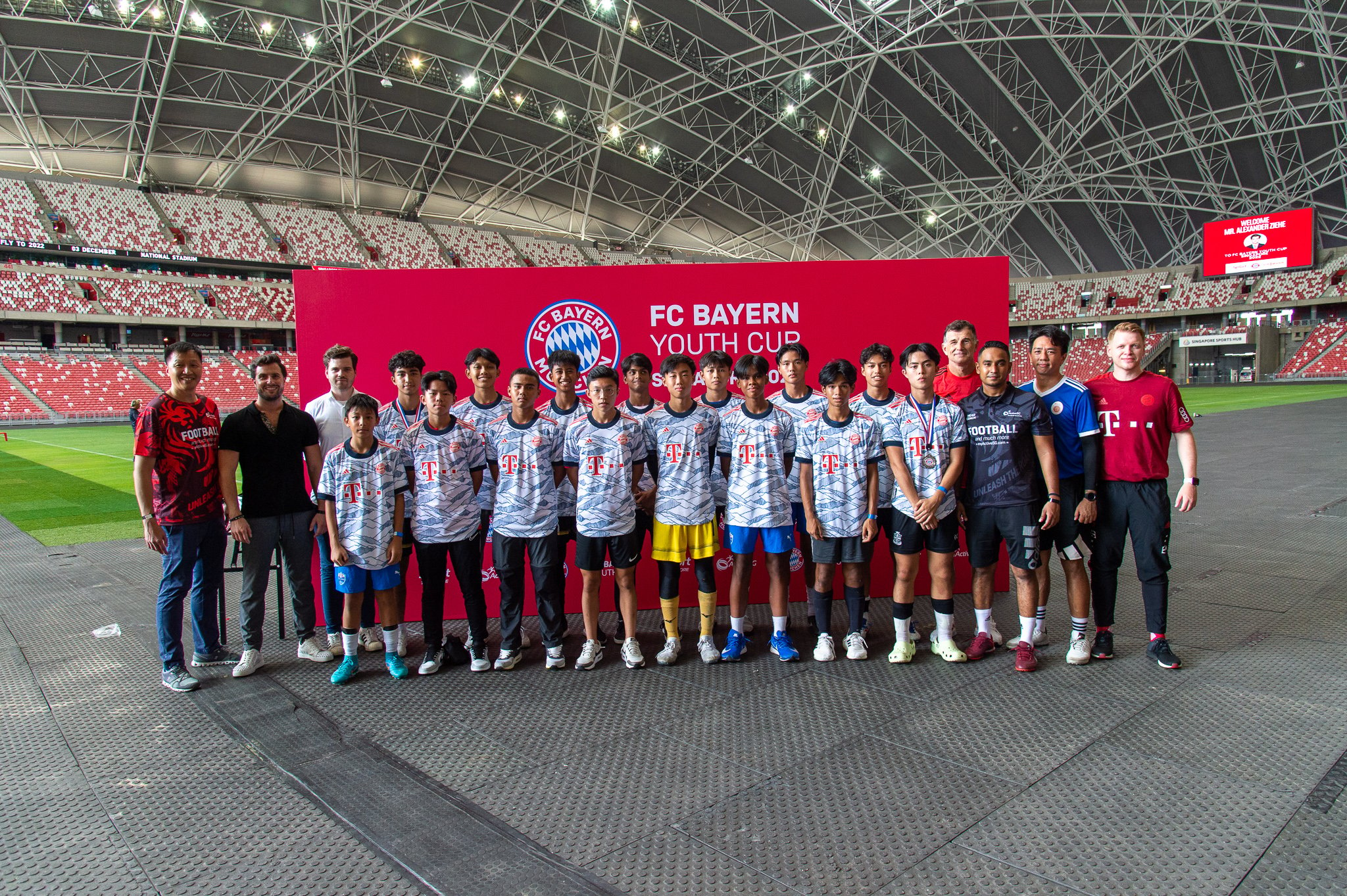 The $1.3 Billion dollar Singapore Sports Hub, which comprises the National Stadium, is dubbed as the "Home of the Lions". It was opened in 2014 and has witnessed top national teams and clubs in the world, compete at the Kallang venue. They include Brazil, Senegal, Japan, Liverpool FC, Juventus, Tottenham Hotspur, Manchester United, Inter Milan, Arsenal, Atletico Madrid, Paris St Germain and others. And playing on the biggest stage (National Stadium) in the Lion City's largest sports venue, is truly a dream and a privilege albeit for a player from a local Singapore Premier League club or from Singapore's national team!

Following the relaxing of the Safe Management Measures (SMMs) 2 months ago, the distinction and enviable experience of running and competing at an iconic venue, was further extended to members of the the public, schools and community. This was done via the hosting of the "FC Bayern Youth Cup Singapore 2022" event on 16-17 July.

Into its 3rd edition of this collaboration with ActiveSG Football Academy (AFA), close to 25 teams from SportCares, Unleash the Roar School FAs, Centres of Excellence Under-15s and AFA Development Centre, competed in 7 v 7 playing formats on the field of the National Stadium! 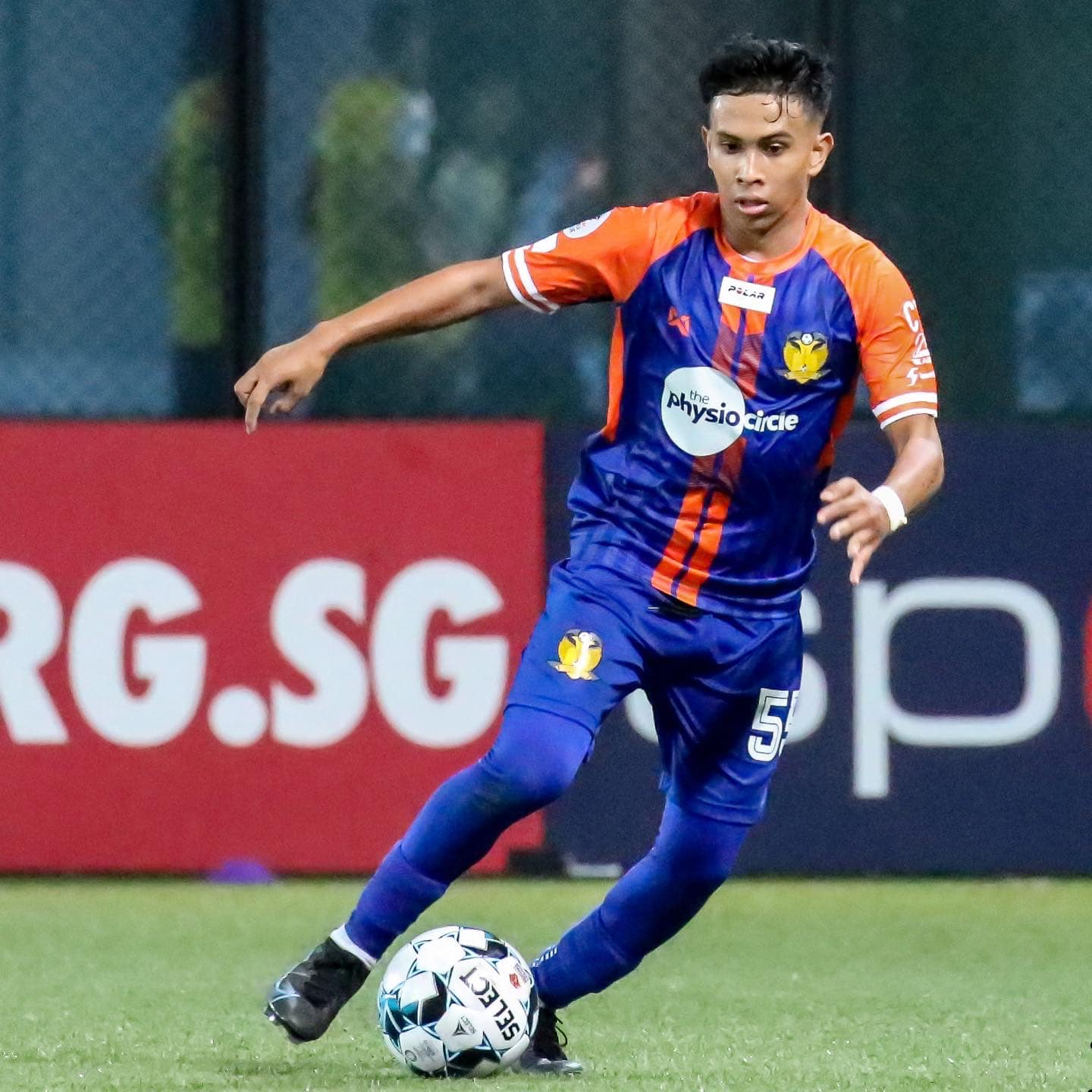 The main prize for this tournament, is a trip to Germany in October to represent Singapore in the global finals, which will take place at FC Bayern's iconic homeground venue - Allianz Arena! Back in 2018 though, Muhammad Farhan Zulkifli was part of the Singapore team who travelled to Germany to compete at the World finals. And Farhan is testament to 1 of the key objectives of the FC Bayern Youth Cup and ActiveSG FA partnership, as the 20 year old today, is plying his trade professionally with SPL club, Hougang United FC!

Regarding his experience in Germany 4 years ago, Farhan said, “We were the underdogs in the World Finals, but we managed to defeat other international teams and met Thailand in the finals. We achieved 2nd place and this was a memorable experience for me to see other players and compete on a level playing field.” 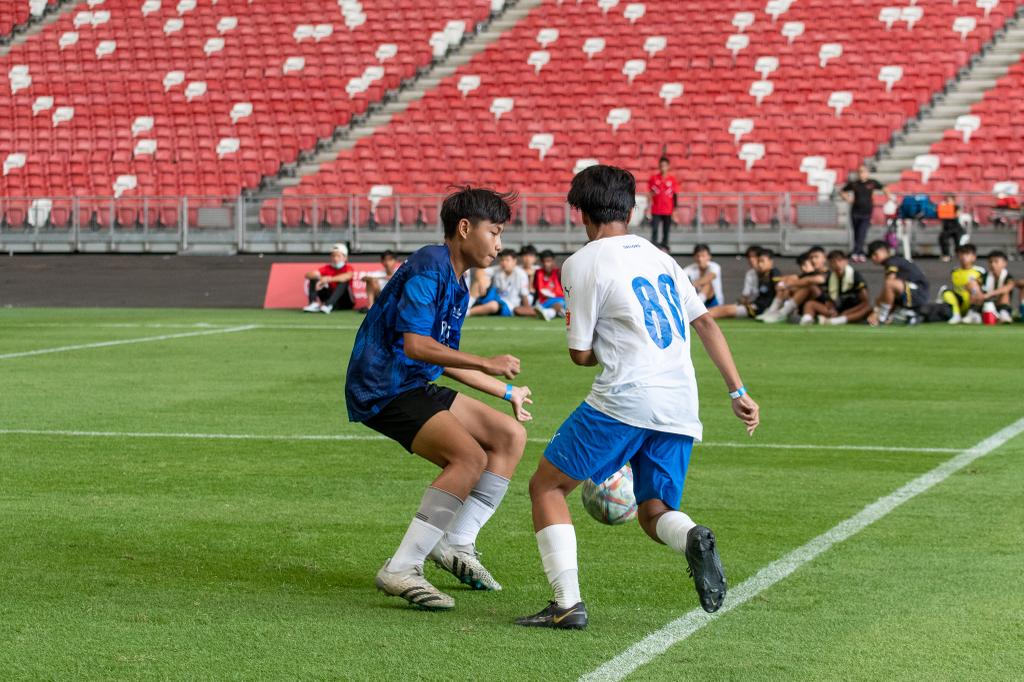 (Arsyad Azrain in blue jersey - 15 year old Co-Captain of the ActiveSG Football Academy Development Centre. Photo Credit : ActiveSG Football Academy / Vnyx Sng)
Over in the Lion City though and after several group qualifying matches, plus the knockout rounds which were witnessed by more than 1,000 spectators over the recent weekend, the grand final of the Cup competition at the FC Bayern Youth Cup Singapore took place on 17 July.
"It was a lot of hard work to reach the semis and finals of the Cup. We had to press hard and keep playing our football that we've trained for. There isn't a big difference between club academy and ActiveSG Football Academy, as we have our different strengths and we see them as equal competitors. Whoever is our opponent, we will push on and play our brand of football",  commented Arsyad Azrain  - 15 year old Co-Captain of the ActiveSG Football Academy (AFA) Development Centre team. He has been with the AFA since he was in Primary 6.

(Winners of the FC Bayern Youth Cup Singapore, Lion City Sailors 2! Photo Credit : ActiveSG Football Academy / Vnyx Sng)
The grand showdown saw the clash between Lion City Sailors 2 vs AFA DC in the 15-minute final. And after a pulsating encounter, it was the Sailors running away with a 1-0 win! 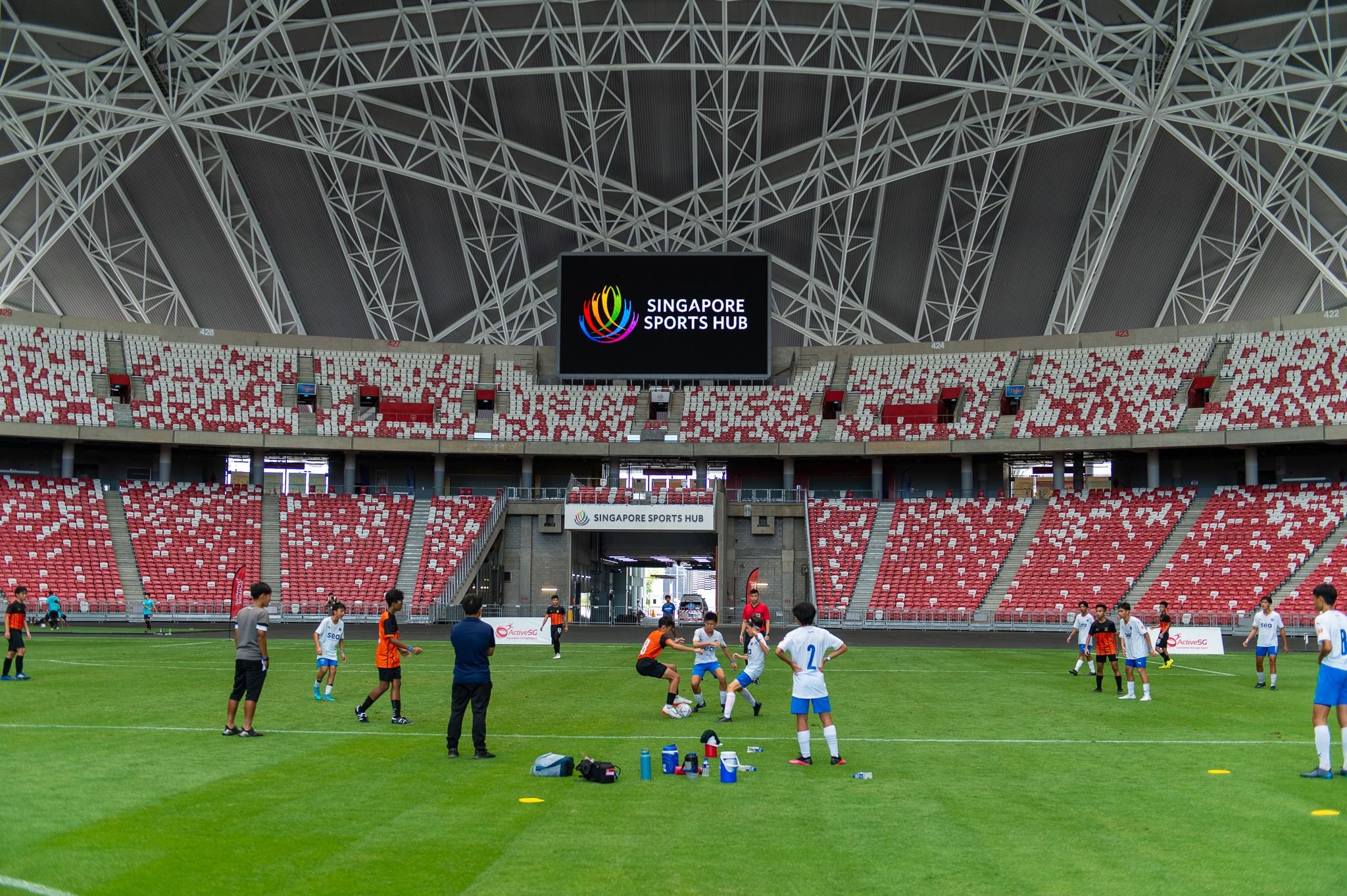 (FC Bayern Youth Cup Singapore 2022, taking place at the National Stadium. Photo Credit : ActiveSG Football Academy / Vnyx Sng)
“It does give you a little sense of pride to know that they (the players) can compete here and enjoy the facilities of this stadium. What better way to spend your weekend. When I speak to many parents, they were excited to come and see their children play in the FC Bayern Youth Cup at the National Stadium", said Christopher Lee. The 52-year-old is a Tax Manager and parent of youth player Lee Seth who plays with Tampines Rovers, and attends ActiveSG Football Academy at St Wilfred.
Event Organisers, after the Cup final, also announced the 15 shortlisted players, based on their overall performances at the National Stadium over the weekend. And from this list of 15, a final group of 10 players will be sent to Munich to compete in the Global finals in October. But more importantly, the successful staging of this football event at the National Stadium, should certainly pave the way for even more community-based football and sporting events to take place in the Republic's most celebrated events venue!
Additional Reporting by Badrulhisham Nasir